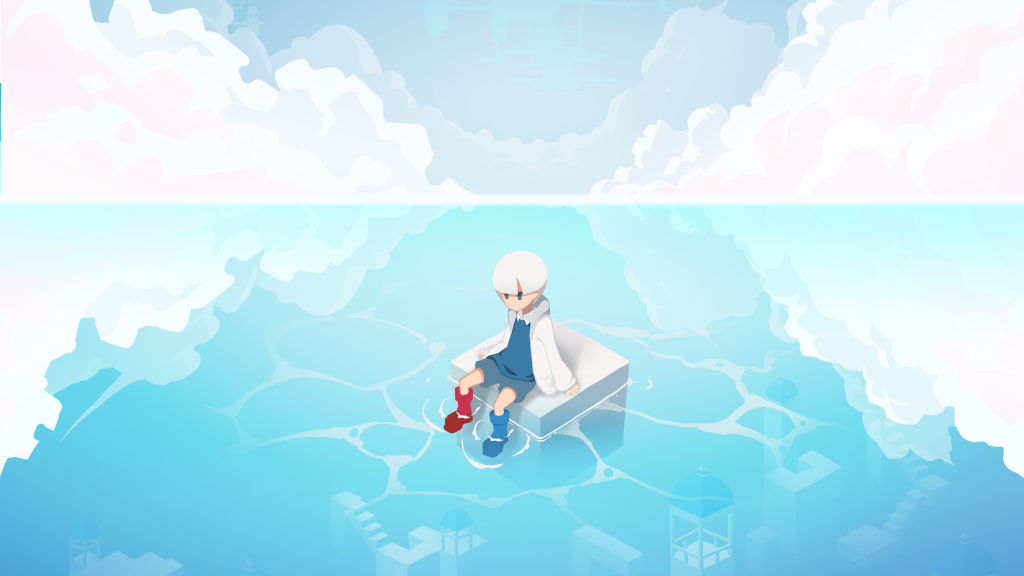 I’m a sucker for a pretty game.

Don’t get me wrong, I get that’s subjective, but something about bright colors, soothing tones, and relaxing music has me like a moth to a flame. Throw in some chill vibes and fun gameplay and that’s just asking for success — how can I not play it?

DOOR by solo indie dev PLAY Mephistowaltz is all that and then some. Currently in the late alpha stages, DOOR is an M. C. Escher-esque puzzle game with calming classical music and a colorful, geometric art-style reminiscent of We. The Revolution that simply glides across the screen. With mind-bending puzzles in starkly unique environments that force players to work with multiple perspectives, DOOR is fantastic eye candy with fun gameplay that is definitely worthy of any puzzle fan’s attention. 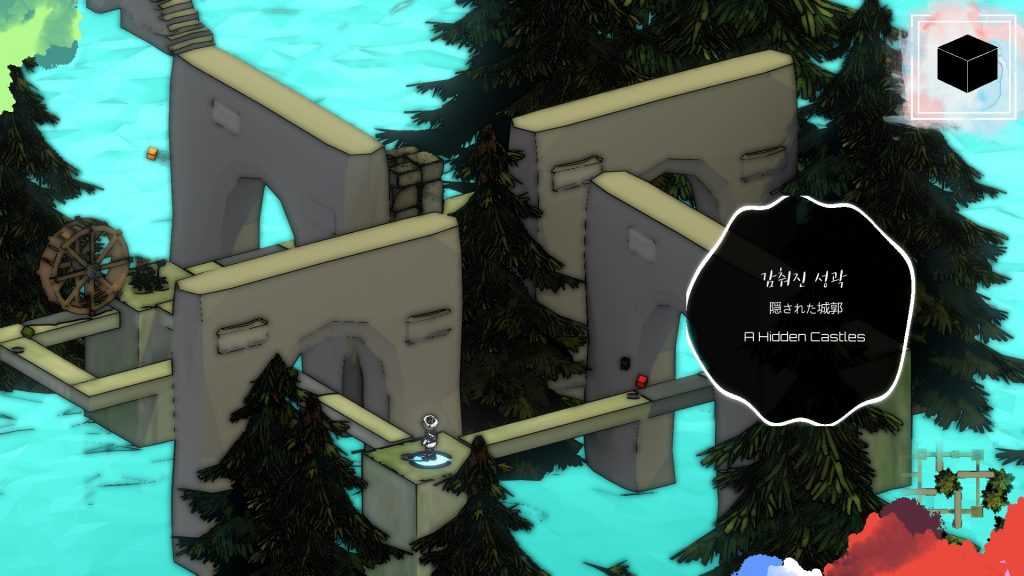 Players take on the role of a small child, whose goal is quite simple — get to, then open, the door. Of course, that’s easier said than done, as obstacles lay in front of the child in the form of winding staircases, levers out of easy reach, and locks that must be solved before doors can open. By collecting three cubes, players can unlock the door that leads to the end of the level and the beginning of the next; what awaits the child at the end is anyone’s guess, but I was definitely left wanting to find out.

Controls in DOOR are simple — WASD controls directional movement, while mouse changes camera angle. There’s also jumping and activating levers to handle, but it’s all quite intuitive. Additionally, DOOR offers XBox controller support; I did try to use my Steam controller, but I could not get the directions to work on it. All is well, however, as using a keyboard works just fine. 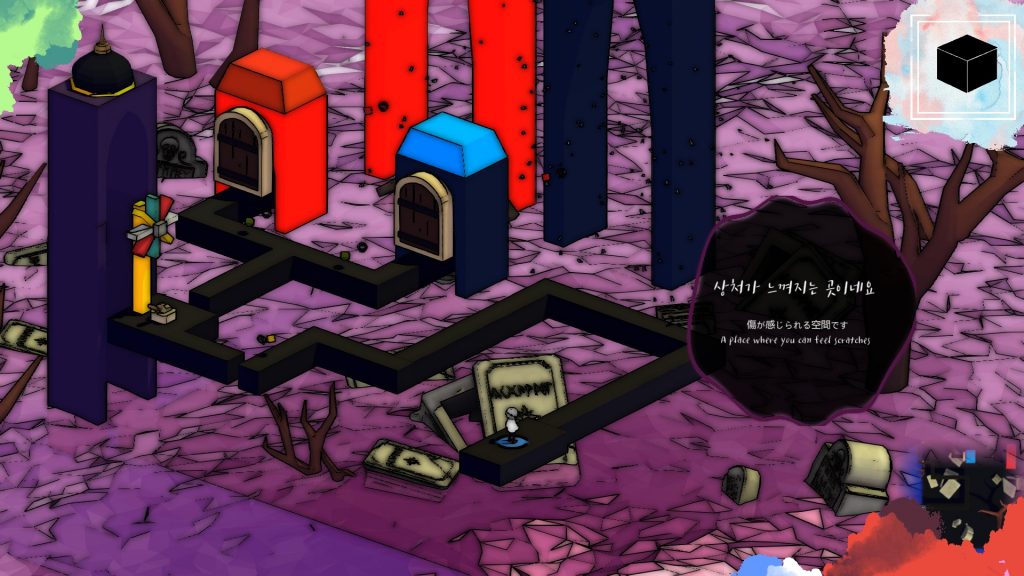 If the developer’s name couldn’t give away the type of music that might be featured in DOOR, I’ll just say for the record that the tracks are classical music, and the handpicked pieces are pretty unique choices. I find it bold when developers use classical works to pair with their game since it’s not always a perfect fit, but the nature of the genre and the delightful visuals mean the music is a match made in heaven.

Speaking of delightful visuals, DOOR is full of them. In the same way one might watch waves flowing in the ocean or fields of grass bend and weave with the wind and sunlight, the geometric shapes sparkled and danced across the screen from one end to the next. It was absolutely mesmerizing and instantly made me feel relaxed. Coupled with popping colors that change from one level to the next, DOOR gently impressed me with its unique aesthetic, and I found myself torn between enjoying the moment in each level and eagerly beating them to see what new eye candy lay around the corner. 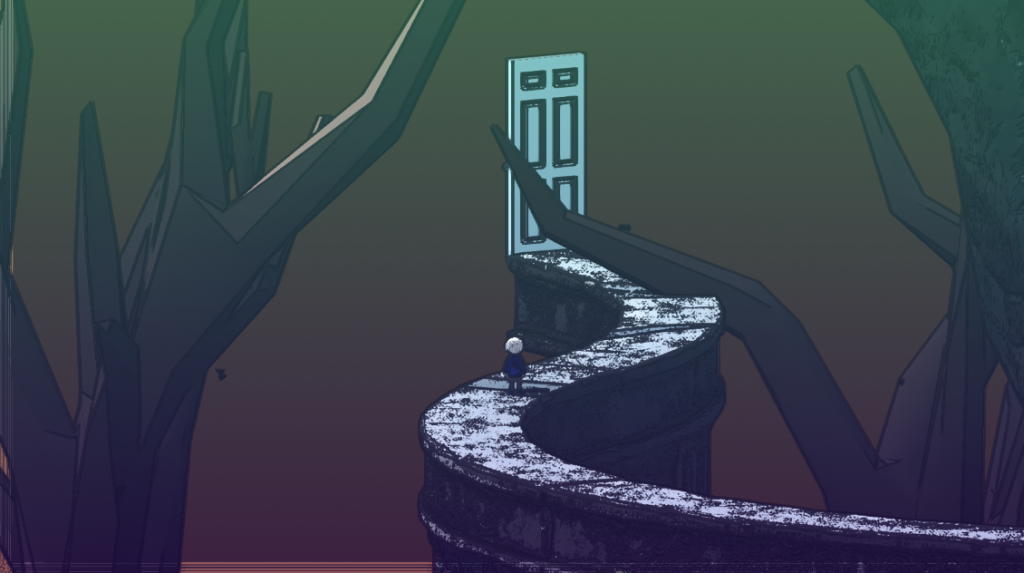 The puzzles themselves ease players in, gradually getting more difficult as the game progresses. Some of the puzzles feature a maneuverable camera, controlled by the player at whim; others split the screen in multiple segments to show different, fixed perspectives, changing up the gameplay ever so slightly to provide an interesting spin on the mechanic. Such a simple design decision adds so much character and charm to DOOR that feels fresh and unique; fans of the genre will be sure to enjoy the developer’s puzzle execution immensely from this angle.

Despite DOOR still being in the alpha stage of development, I find myself at a loss in terms of offering any real advice to the developer. Obviously, like any game in this stage, polish and bug-busting is needed, but I’m confident PLAY Mephistowaltz is on the ball there. If anything, knowing DOOR plays, looks, and feels as well as it does in alpha leaves me excited for the finished product. Too few games are like this, and I’m eager to play more.

DOOR may appear small upon first glance, but, like any good optical illusion, proves that there’s so much more than meets the eye. Who knew that M. C. Escher and a kid’s coloring book dreams would fit so well together? And to throw classical music in the mix while ensuring the backgrounds are fluid and free-floating? Now that’s what I call a delightful game. DOOR deserves any gamer’s attention — those who love puzzles, relaxing games, or who just want something a little bit different. Keep an eye out for this one, as it’s slated to hit Steam Early Access by April 2020.