In space they can totally hear you scream 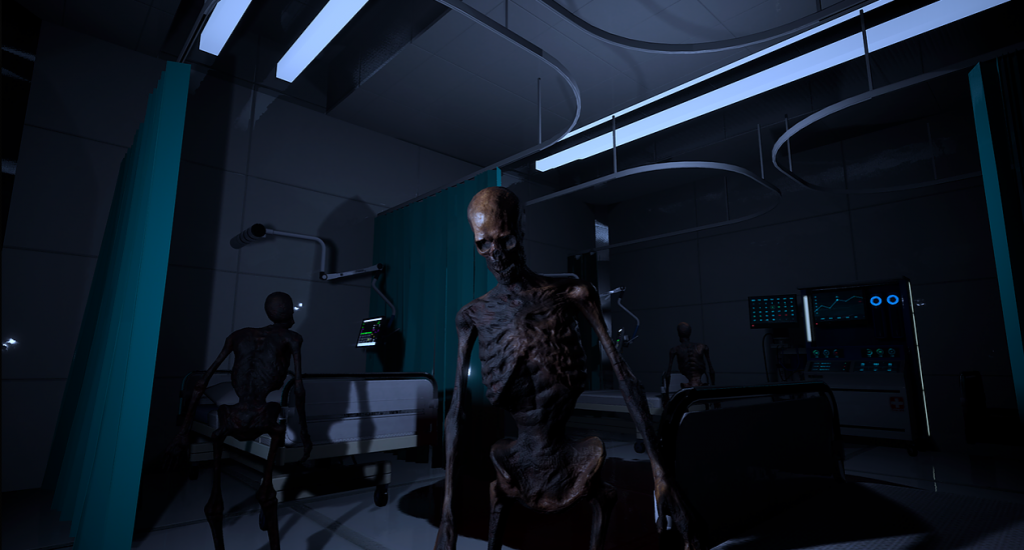 Humanity has realized its potential for both artificial intelligence and space travel.

A research vessel from the Denello Corporation had been dispatched to the perimetre of the celestial body Antares. Its purpose was to harvest and study a potential new fuel source — the stellar wind that surrounds the star.

A major breakthrough was confidentially communicated with the headquarters back on Earth. A few hours later, all communication was lost with the facility.

After the passing of about a week, a distress beacon was issued.

You were sent to investigate.”

So begins Antares, the space survival horror FPS game created by solo indie developer Sonaloux. Available on Steam on February 28, Antares is a deeply unsettling title that fans of Dead Space and Alien Isolation will certainly find interesting. Uncover the mystery surrounding the seemingly abandoned research station to find out why you’re the only soul left aboard — or, so you thought. 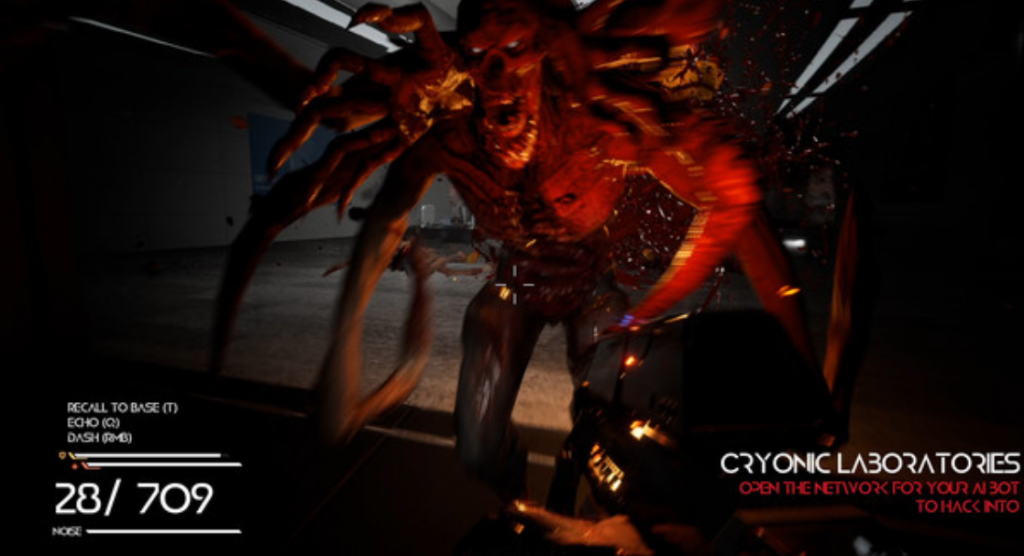 First thing’s first — Antares is gorgeous. Developed using Unreal, the environments and enemies just pop out of the screen. As I was walking in the very beginning stage, I turned a corner and was just hit by this dazzling, massive star simply radiating energy — the same star the game is named after. It was absolutely mesmerizing and helped set the tone that you, the player, are so completely and utterly alone (or, at least, without allies). Whatever happens to you up there, you’re on your own…

…which, I guess I should say, is not entirely true. In Antares, players are paired with an AI buddy that drops valuable information about where to go next, enemy behavior, and, perhaps most importantly, when the power cycle initiates a shutdown sequence, leaving you in the dark. 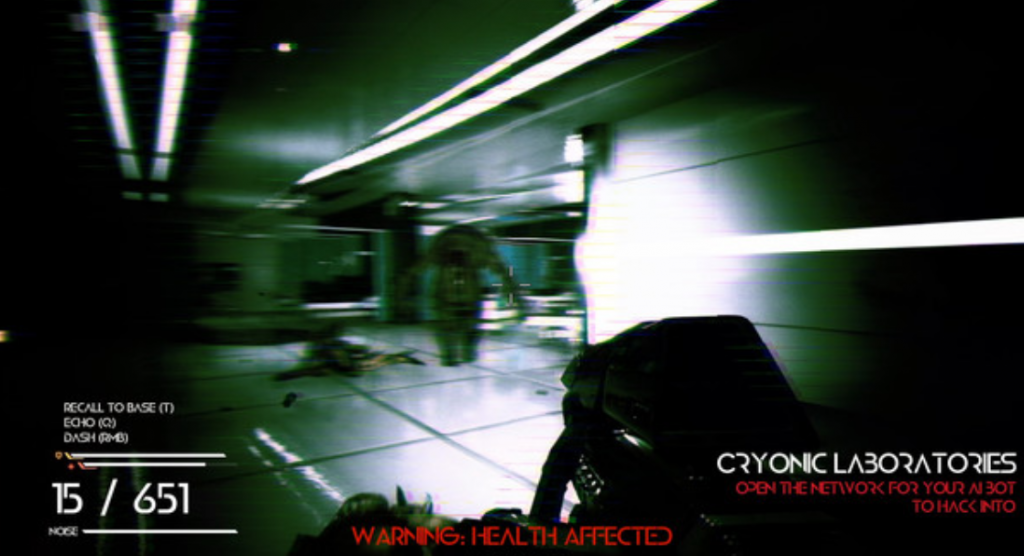 This is where things get interesting; whatever’s locked in the space station with you hunts by sound, meaning you’re safest not making any noise whatsoever. Unfortunately, that’s pretty hard to do when something’s lunging at you and you’ll need to shoot its face off to survive. To make matters worse, you have limited ammo, meaning you’ll have to be conservative and precise when it comes to killing off these acts against nature. Your life depends on it.

As far as early game goes, that loop helps define Antares‘ gameplay — complete tasks as you explore the base, picking up ammo and crafting materials as you go. When the power is on, it’s easy to stay calm and collected, but once the lights are off and the enemies come out, that’s when things get tense and terrifying. Can you survive this cycle of anxiety? 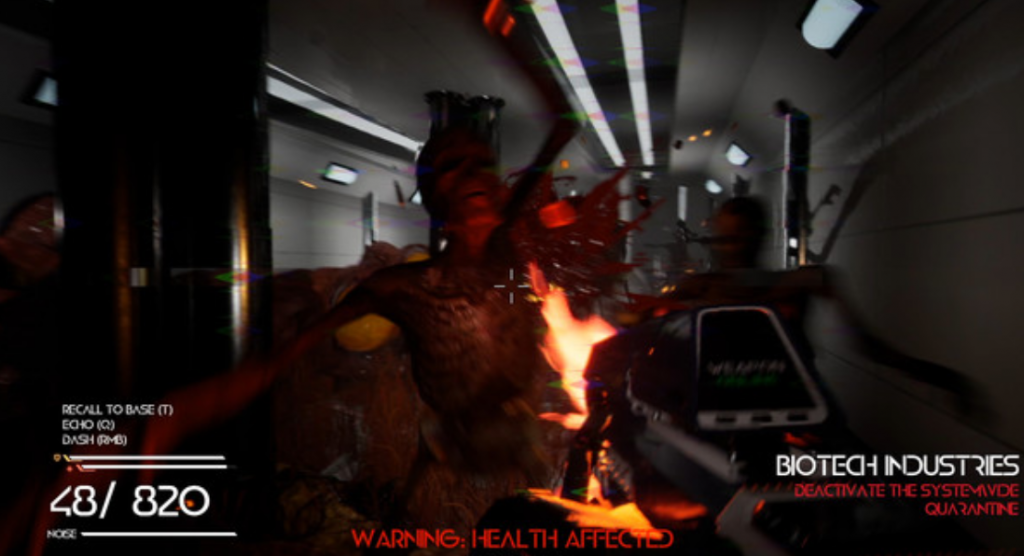 One really cool aspect that I enjoyed were the audio logs that are scattered throughout the base. As you complete objectives to try to solve the mystery of what’s happened here and why its become abandoned, you’ll stumble across audio logs from employees on the space station. Instead of the usual dialogues that depict dedicated team members that are fearful when their life’s work falls apart, the logs tell tales of apathetic scientists, disgruntled corporate suits, and depressed researchers. These people felt real — a small insight into the psychological aspect that comes with being shipped far, far away in a hunk of metal, the oppressive walls doing a number on the human psyche. It seems like such a small detail, but way too many space epics ignore how hard it would be to live in outer space for the average person, so I really enjoyed this insight. 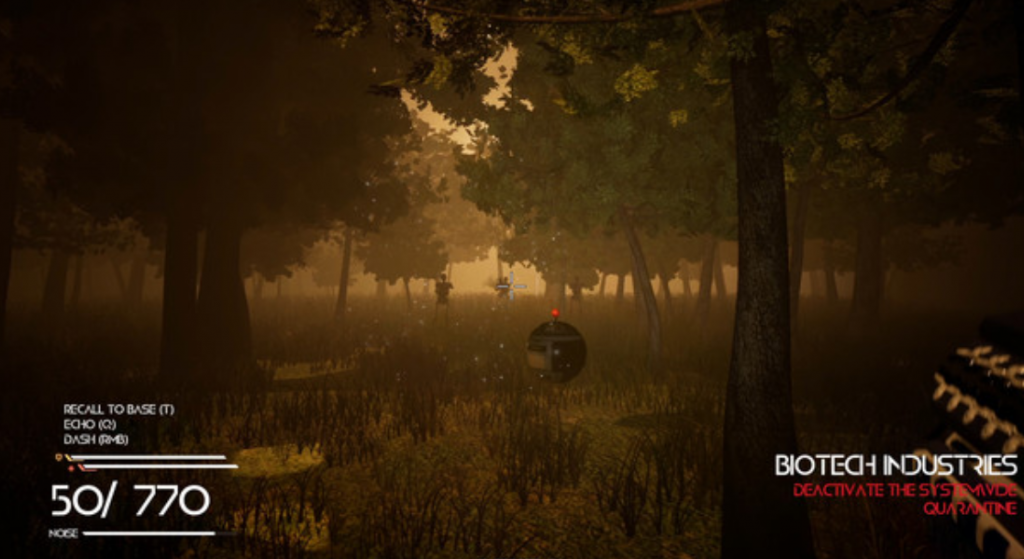 Another standout to me was the sound design and just how unsettled it made me feel from start to finish. Now, I’m already admittedly the biggest coward and have a hard time getting through survival horror games without taking breaks, but Antares kind of lures you in with its supposedly “predictable” waves of enemies. Power on, explore, power down, survive, right? Except the sound kept this really eerie, chilling feeling even with all the lights on that I was afraid to turn most corners — not to mention the weird, gurgling, raspy growl the enemies made. Ugh… just thinking about it now makes my skin crawl! As I played, I could just feel my face contorting in confused, pained disgust as enemies would creep up from behind. That sound is definitely the sound of nightmares!

Antares is impressive on its own merit, but to know that this was developed and published by a single person just puts this over the top for me. An incredible treat that toes the line between space minimalism and full environments, Antares offers an exercise in endurance for those who are up to task. Can you uncover the mystery behind the science experiments gone wrong, light-years away from home? Only one way to find out — wishlist on Steam today!