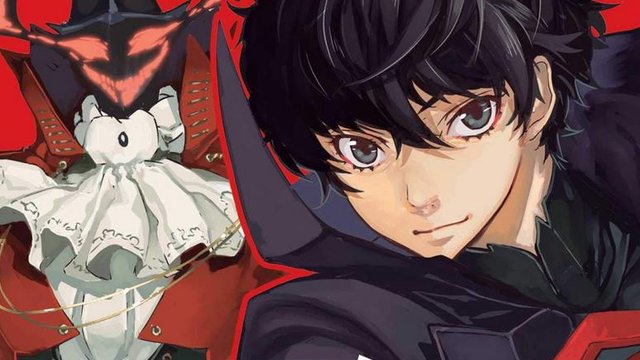 The gaming world can’t seem to get enough of Persona 5 — the 2016/17 video game about teen vigilantes reforming their corrupt society is getting revamped in Persona 5: Royal (March 31st!), a Musou spin-off in Persona 5: Scramble: The Phantom Strikers, and, as we observe here, Hisato Murasaki’s manga adaption — which originally  debuted alongside the game’s Japanese release —  is now localized courtesy of VIZ Media. As it happens, it’s still on-going; in fact, it recently introduced Royal‘s new Phantom Thief in Kasumi Yoshizawa this past fall, so this isn’t just a quick ‘n dirty adaption. While this thankfully means we don’t have to worry about rushed storylines in the vein of Akira Himekawa’s earlier Zelda adaptions, this solid adaption might be playing it a little too safe.

For those who’ve curiously observed the Persona 5 phenomenon from the sidelines, let us recap: a high school student in Akira Kurusu (our silent avatar in Persona 5; as we’ll elaborate later, our shift in media requires something resembling an actual personality) is set-up in his ill-fated attempt to play white knight, and he’s placed under probation. Stuck in a new city, supervised by a reluctant guardian, and the subject of malignant rumors whispered among his new classmates, it doesn’t help he’s tormented by a mysterious phone app: one inducing visits to otherworldly prisons and deadly castles. In awakening his powers of the Persona alongside new friends in Ryuji Sakamoto — a fellow delinquent — and Morgana — a talking cat (a description he’s averse to) — can he rehabilitate not just himself but the corrupt adults that forced him into this predicament?

Social justice, vigilantism, and breaking free of emotional suppression and societal roles: Persona 5 proudly bears its themes in manga form just as it did on PlayStation. The frustration and fear courtesy of Akira — a Good Samaritan who only tried to save a young woman — and Ryuji — an up-and-coming athlete purposefully injured for a cruel coach’s ambitions — are instantly relatable in that they are profoundly, undeniably unfair, yet they’re forced to keep their heads down for the sake of their futures and keeping the peace. But in the end, they did nothing wrong in their victimhood, and so enters their rebellious Personas: mystical powers operating as their uprising against their oppressors’ Shadows: rules of supernatural Palaces that, if captured, enforce a change of heart upon their hosts. And what better target for the ragtag Phantom Thieves than Shujin Academy’s abusive/predatory coach in Suguru Kamoshida — while our band eventually tackles corrupt politicians and crooked businessmen, Kamoshida remains Persona 5‘s most personable villain in the raw power dynamics and corporal punishment he enforces upon the school’s helpless adolescents (namely Shiho Suzui, who…uh, let’s just say a certain implication here will surely ignite further forum discussion). 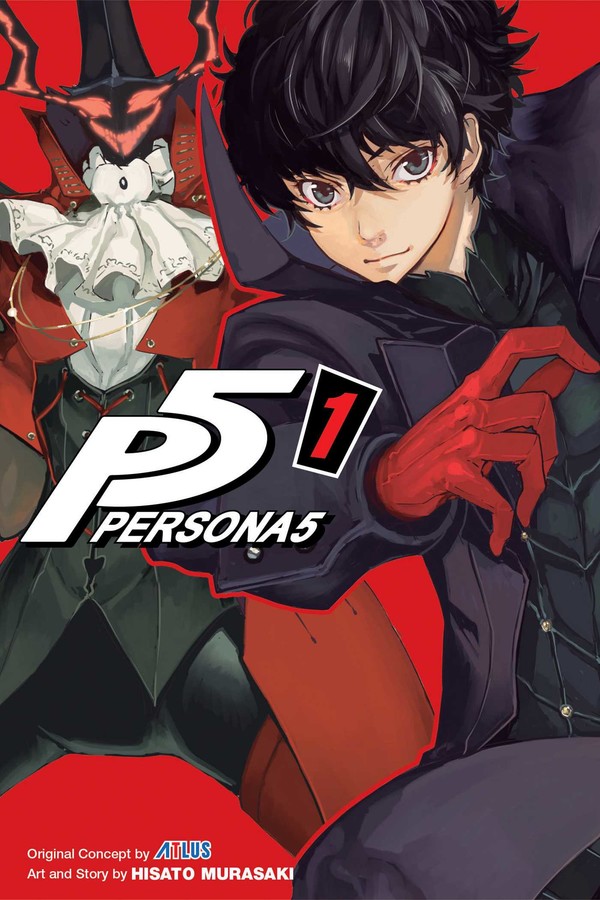 Naturally, all this sanctioned corruption rouses us from our seats and demand justice, but do we do so on behalf of the protagonist? Again, it won’t do for a graphic novel to star an affirmative cypher, forcing Murasaki to imbue Akira with something of a functioning personality. Note the word “functioning” — not that Akira’s a blank slate, but he’s not particularly interesting, either. It’s worth mentioning this manga adaption’s quite dedicated in hewing as closely to the original game’s events as possible, leaving precious little opportunity to flesh out our protagonist in the time table provided (let it be reminded the original Persona 5 functions on a year-long schedule). As we’ve witnessed in Akira Himekawa’s The Legend of Zelda: Twilight Princess manga, the best “blank slate” adaptions are ones that take their own creative spin on the source material while fleshing out their blank protagonists; here, we may passively root for Akira, but we’re hardly spellbound by his drive here. (As I understand it, a similar problem persisted in Persona 5‘s anime adaption, but I can’t draw any comparisons since I’ve never watched it.)

Granted, that might be unfair criticism given any potential Atlus restrictions, but this still begs the question: is there enough draw for Persona 5 fans to essentially double-dip? While I could certainly imagine this version piquing the interest of new fans, I can’t say “it’s the game but in comic form” renders it all that appealing to veterans. Granted, the aforementioned initiative in introducing a Royal character proves Murasaki’s willing to take risks — introducing another party member would certainly alter whatever original plans he held in store — but as of now, there ain’t much here that’s fresh. Still, it’s a competent enough adaption — Persona 5‘s strong visual identity in its emblematic red theme, stylish menus, and facial cut-ins can hardly translate to manga, but Murasaki still has a fine grasp on Shigenori Soejima’s original character designs. (Albeit to varying effect: Igor’s bone-chilling stare still elicits shivers, whereas our first glimpse of Morgana in the opening chapter’s colorspread shows we’re in for some rough times with perspective.)

With the original game breaking waves in the JRPG sphere, this manga adaption has much to live up to; however, I must question if it’s merely content in riding upon the game’s coattails. Not to belittle Murasaki’s efforts, of course, but its reluctance in capitalizing upon potential deviations (namely in Akira) risks breeding an uninspired homogeneity. Even so, Persona 5 is Persona 5, and while its famed investment in daily minutiae can hardly expect a faithful translation here, experiencing its riveting themes and exuberant cast without yet again throwing ourselves in a 80+ hour adventure may prove itself a hidden blessing. We’ll be watching this one.