Desert Strike-inspired Game In The Works

Get to the Megachopper now! 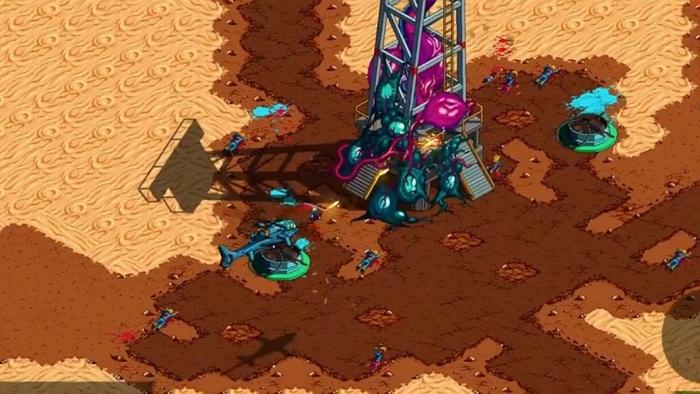 Remember Desert Strike and its sequel Jungle Strike? They were all the rage years ago, though they have flown under the radar these past few decades, pun intended. It doesn’t help that the last few titles in the series, Soviet Strike and Nuclear Strike, were arguably the weakest of the lot and led to the demise of the series for a good few years. Well,  we have excellent news, comrades. That is that fans can get a new fix with a spiritual sequel named Megacopter: Blades Of The Goddess.

It’s an isometric shooter where players control an insanely overpowered “MegaCopter” and use it to taken down a hostile alien race known as the reptoids. There’ll be various missions, such as destroying an oil tanker or taking down an obscenely massive “destroyer”-type aircraft that occupies much of the screen. The graphic style is pure pixel art and the soundtrack – available separately as its own album for download – is a delightful blend of retro-inspired goodness that already gives me the goosebumps.

If you’re a fan of the original games, check out the trailer below and bask in how gorgeous it looks. Follow the official Facebook page and the developer’s Twitter account if you want to keep up with its news and development. Sound off in the comments section below if you ever played Desert Strike or Jungle Strike way back in the day on your Sega and Nintendo consoles. We’d love to hear from fellow fans and other retrophiles.

Posted by Megacopter: Blades of the Goddess on Wednesday, February 13, 2019