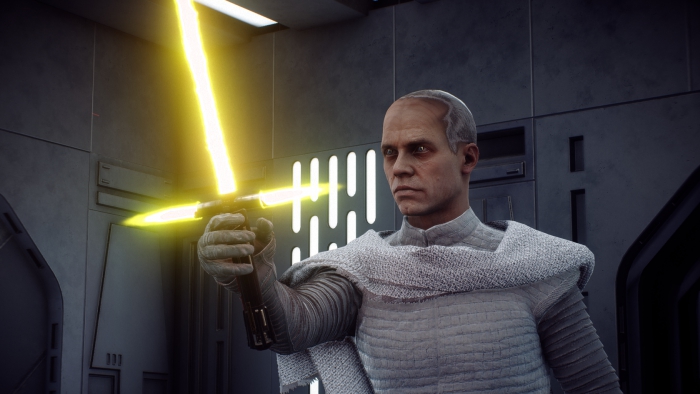 Video game modding is such a weird and wonderful thing, isn’t it? It gives players the ability to alter their favorite games in any way they see fit. Redesign levels? You got it. Fix bugs? Dang right. Add new content that has absolutely nothing whatsoever to do with the original game and yet oddly fits in a way that’s difficult to comprehend? Yeah, there’s that, and one of the most recent examples is this mod which adds the late Pope John Paul II to Star Wars Battlefront II for… reasons.

The Pope John Paul II mod replaces the game’s Kylo Ren model with the aforementioned pope and gives him a golden, cross-like lightsaber to boot. You also get three variant skins and Ren’s helmet in a bright shade of yellow. To round off the experience, you also get a custom portrait and star cards.

It’s an odd choice to be sure, but it works really, really well. For historical context, John Paul II was one of the longest-serving popes in history and held the title from 1978 until his death in 2005. He has since been canonised as a saint in the church.

Would you be keen to try it out? Search your feelings; you know you would. Download it from here. Check out the rather amusing trailer below, and let us know if you’ve had a chance to play it yet. If you have, let us know and don’t be afraid to sound off in the comments section below.

Grand Kingdom marches forth for justice, glory, and the jingle of coin. The emergence of games like Fire Emblem and the older Final Fantasy entries over in Japan has…