How the West was fun. 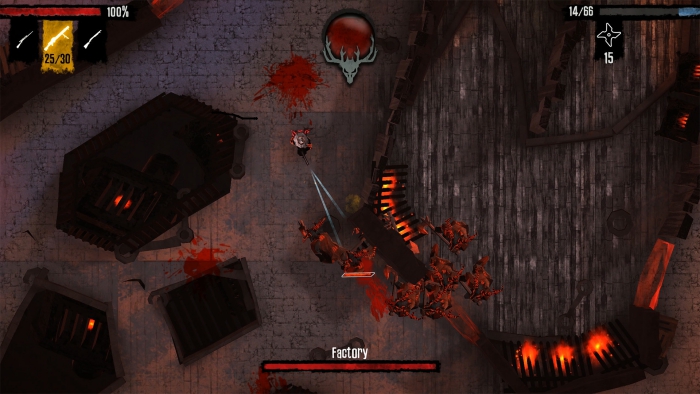 “Occultic western” is a sorely underutilized genre, especially in video games. It’s a right shame, too. I mean, what else could be more fun than mixing cowboys with monsters and witches? And what if we were to throw some demons into the mix? Oh! And then add a touch of RPG and tower defence while making it all a top-down shooting affair? Well, then you may very well get something akin to Ritual: Crown Of Horns.

The game places players in the role of a renegade gunman who is tasked by the American government with taking down a witch in the old west. But everything is not as it seems, as the witch in question is not the unspeakable evil the government makes her out to be. In short order, she becomes an ally and essential to the player’s own salvation when the government itself sends legions of abominations to kill the player. Fortunately, the witch has all manner of sorcerous tricks up her to sleeve to deal with demonic jerks, but she’s gonna need your help in casting them before the hordes overwhelm both her and you. 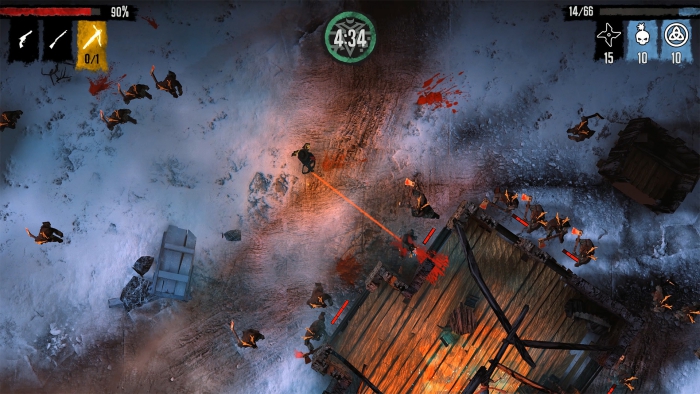 The game is exactly the sort of high-anxiety horde shooter that makes even seasoned veterans break out into a cold sweat. You’re crammed into a smallish arena and have to blast away endless streams of slow-but-deadly bad guys. In this title, you have to accomplish this while you protect the witch, tower-defence style. If the hordes reach the witch, then sorry; game over for you. Fortunately, you’ll get power-ups to even the odds a little on your shooting quest. Unfortunately, you’re constantly deciding between protecting the witch and avoiding having your face swarmed. It doesn’t help that the arenas in question are kinda small and cramped, along with various exposed and weak points that require constant attention.

Naturally, any gunslinger worth his salt has an impressive arsenal available at his disposal, and this game certainly holds no bars in that regard. You have a trusty old revolver, but very soon you’ll find yourself with a crowd-pleasing shotgun before nabbing other weapons like crossbows and rifles. They’re all very satisfying to use and they all have their moments to shine, from picking out individual baddies to blasting an entire horde into a cloud of red pixels.

As for the aforementioned power-ups, they often prove to be literal life-savers. These take on the form of spells, and spells are fuelled by the souls of slain enemies. Yes; you need to kill to continue killing. Some of the spells include temporary perks such as more souls offered per kill, or faster reloading speed for your weapons. It should also be noted that different spells stack, so expect to use these strategically as you head off into battle. In fact, the key to success is clever usage of load-outs using weapons and spells, good reflexes, and rarely just dumb luck.

High noon at the witching hour. 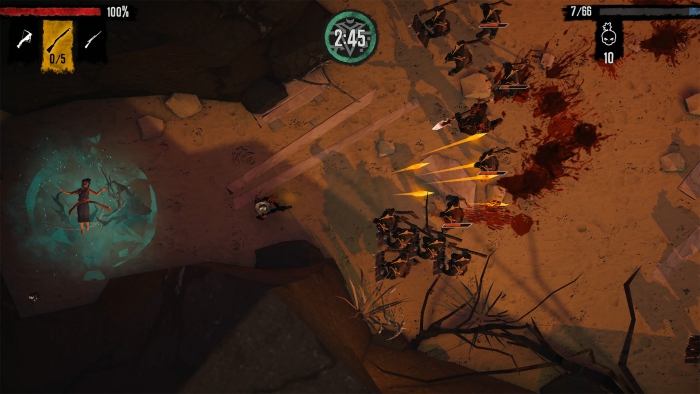 One of the game’s most notable features is its high degree of difficulty. I’m not gonna lie: I was frustrated more than once at getting my face torn off because I just couldn’t handle the endless mobs. It’s also not helped by the fact that, unlike other top-down shooters, you need to actually aim with the right mouse button before you can shoot, adding another layer to control and slowing down response time ever so slightly. It’s not a deal-breaker to be sure, but it is an annoyance. Nonetheless, I still had a load of (frustrating) fun with this one.

Theme-size, I love the setting. It’s appropriately dark and gloomy, and conjures up comparisons to Red Dead Redemption and other similar pseudo-westerns. Locales are your standard horror tropes, such as graveyards and abandoned buildings, which all gel together excellently. Graphics are more or less passable, though not great, while the music and sound effects are equally acceptable without burrowing into your brain like good little ear worms. The voice acting was pretty decent though, so kudos to the developers for a job well done in that regard.

Ritual: Crown Of Horns adds some interesting twists and turns to the standard top-down shooter formula. Some of the bits work better than others, but overall it’s an interesting, unique experience. The only real downfall is the high difficulty, so unless you’re really looking for a solid challenge, expect to come away being extremely annoyed. If you fancy being a hot shot, then browse on over here to snag a copy of your very own.

Full disclosure: This review is based on a Steam key for Ritual: Crown of Horns given to Hey Poor Player by the publisher.