O brother, where art thou? 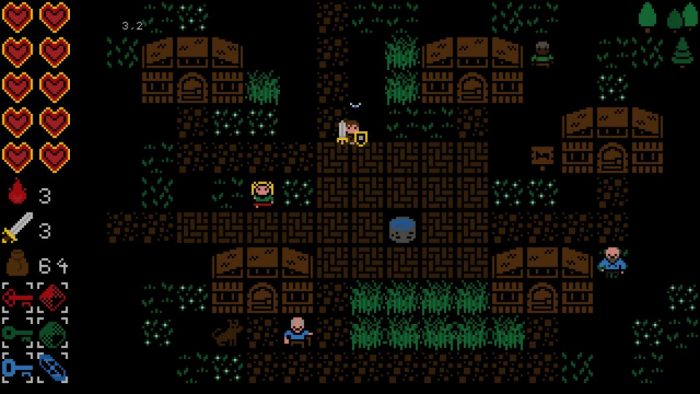 I never got on board the “Zelda train”.

Well, that’s not entirely true — I loved the original Legend of Zelda on the NES and even mildly enjoyed Zelda II, but every Zelda game that followed failed to catch my eye (except Majora’s Mask). I bought Breath of the Wild on the basis that it was “like Zelda and Skyrim got married”, but even being wed to one of my all-time faves wasn’t enough for me to get into it. I’m not sure what it is — heaven knows I’ve tried — but I just don’t love any game in the franchise save for the very first installment.

So, naturally, I found Brother Brother to be an absolute delight considering how much of a love letter it is to the original NES masterpiece. 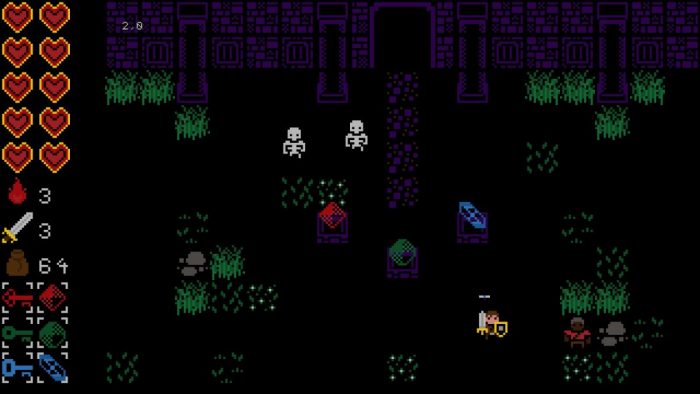 Developed and published by solo indie dev Patrick VanMackelberg and available on Steam, Brother Brother is an exceptional homage to an undisputed gaming classic. Players take on the role of a young hero, looking for his brother who was mysteriously kidnapped while they were fast asleep in their beds. Armed only with a sword and cunning, our hero sets out in search for his sibling, helping others, fighting foes, and solving mysteries along the way.

Controls are exceedingly simple — WASD to move and arrow keys to attack/interact. Pressing the up arrow attacks upwards, down arrow attacks downwards, etc. Escape will bring up the pause menu, and the enter key is used to do things like confirm purchases. It’s worth noting that there’s no save button — the only way to save is to interact with the blue book inside your house, so be sure to save often before starting new adventures. Brother Brother also offers full controller support, so if you’re not too keen on the keyboard, be sure to take advantage of this. 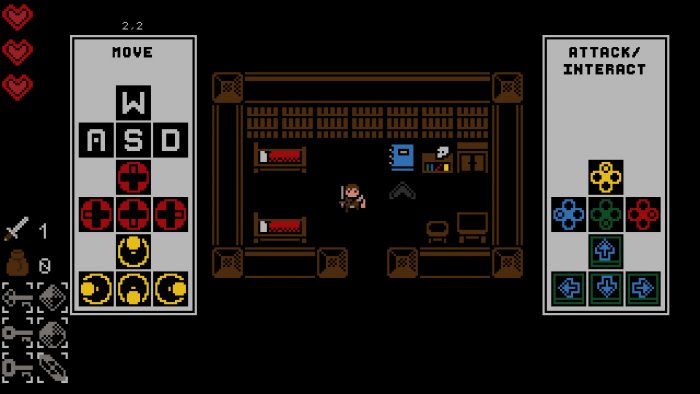 The only tutorial you get is an image showing you the basic controls — after that, you’re on your own! Just like the original Zelda game of decades past, Brother Brother picks players up and drops them off immediately into a top-down, open-world environment, complete with bustling towns, dangerous fields, and spooky dungeons. By talking to every NPC in existence, players can glean hints about what to do next, such as giving a cat a fish (so it will stop blocking a secret room) or buying a new sword (to break tough walls with to find more possible quests). For such a seemingly small game, it brings a big world with a lot to do!

Speaking of NPCs, I was surprised by the writing in Brother Brother. It’s so easy for games of this type to fall back on really generic dialog to move the story along, but there was something fresh about the NPCs’ action items here. One NPC’s chickens had escaped the coop, so the hero had to herd (i.e., attack) them to get them back in their enclosure. Another NPC was mourning the loss of a loved one, and exploring that further led to a haunted (deadly) grave. Even the shopkeepers were interesting — healers would brusquely turn you away if you didn’t have enough gold, and a weapons dealer was trying to pawn off a sword that he “found in a lake”. Excalibur for 50 gold? Hello?? Talk about a steal! 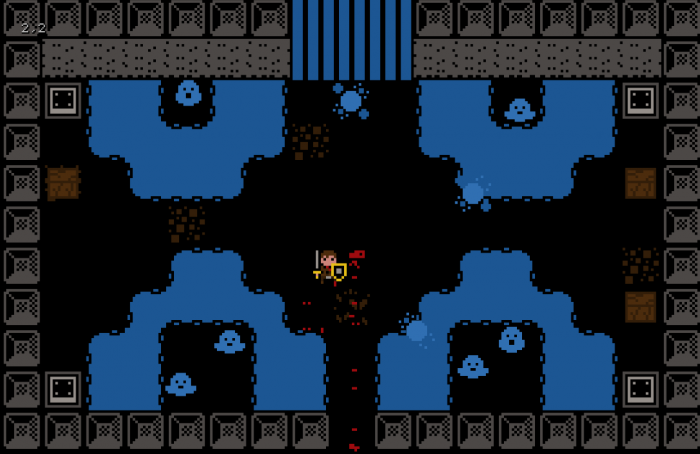 The visuals are truly what drew me into Brother Brother — it’s like Zelda on dark mode. Something about the darker tones and black background makes the game intriguing and even seem bigger, giving off some serious Baba is You vibes. The sprites and design choices are really interesting — my character was wearing a Santa hat, and what appeared to be Christmas trees were dotting the landscape. Is it because I started playing this on December 30th? Actually, the answer to that doesn’t matter, as I enjoy both possible options if I’m being completely honest.

Where the pixel art intrigues, the music triumphs. The soundtrack for Brother Brother seriously could have been written by Akito Nakatsuka and I mean that with total sincerity. I kept the overworld music on loop while getting a drink or checking social media because it’s so catchy and wonderfully composed. It’s definitely some of the best 8-bit music I’ve heard in newer retro games, which, considering how many of those there are, is saying something! 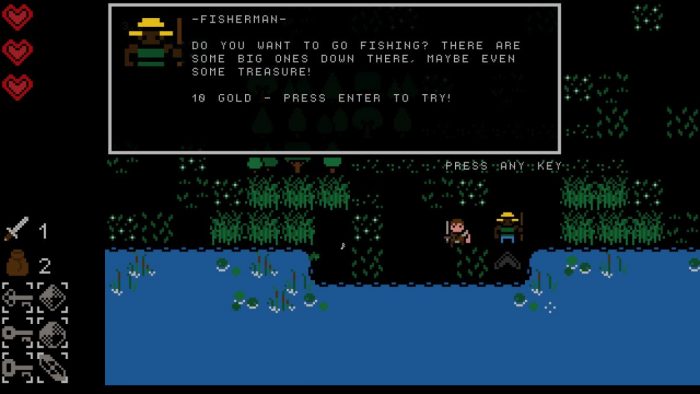 One really lovely aspect of Brother Brother is just how rugged and lived-in the world feels. NPCs and enemies dot the landscape, but so do animals, each species with its own unique 8-bit call. Birds will chirp, frogs will croak, pigs will oink, chickens will cluck, cats will meow (sometimes hungrily), and dogs will bark, but above all, none of those will attack the young hero. It was so delightful in such a simple way to walk around and hear birds chirp in those bleeps and boops, so much so that I’d go out of my way to not disrupt them so they’d continue their birdsong in my presence.

Snakes and bees, on the other hand, are out for blood — especially the [email protected]%king bees. What an unpleasant surprise those bees were! I’d be battling actual enemies like spiders and ghosts when bees would appear out of the freshly cut, collateral damage grass and legitimately end me. The spiders? No big deal. Ghosts? More like toast. But the bees? I’d be deader than a doornail in a nanosecond thanks to those minuscule minions of death. 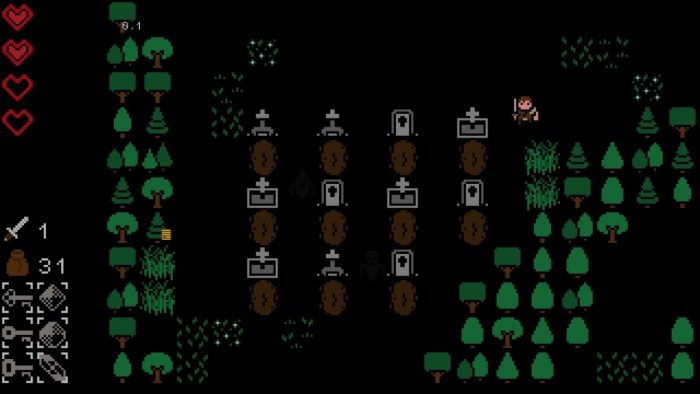 While on the topic of blood — if the hero’s health gets too low, he’ll start bleeding, leaving a trail of blood in his footsteps. At first I found it really unnerving; coupled with the “low health alarm” going off continuously, I had it in my head that death was imminent and that I’d bleed out before I found another heart. I even darted back to my house to see if I could sleep in my bed and be miraculously healed, but to no avail — I still dripped red wherever I went. Once I realized I wasn’t going to die from blood loss, I found the effect to be pretty cool, if not unique.

World design aside, level design in Brother Brother is spectacular. The puzzles are just what you’d expect from the earliest Zelda game, which means you’re going to solve puzzles to get to the puzzle-filled dungeons. Which is excellent, considering the puzzles basically amount to “kill these three beasts” or “find the red key”. Once in the dungeons, however, it’s more like “move block here” and “holy shit it’s raining fireballs I’m legitimately going to die here unless I time this correctly”. So, you know, a good mix.

If I had one wish, it would be to make it possible to save in more places than just the hero’s house. I get not being able to quicksave wherever, but even just outside of the dungeons would be nice. The puzzles are hard on their own (see: flaming fireballs of death), but what makes it tougher than perhaps necessary are the FREAKING BEES that will follow the hero and kill him until he dies from it, meaning just getting to the dungeon can sometimes be an exercise in patience. Honestly, if anything, the bloodthirsty bees are what elevates Brother Brother from a simple love letter to “bottled essence” of 80s games, as there was seemingly one facet of any given NES game that was apparently there just to punish players, and this one had a never-ending supply of B-E-E-S. 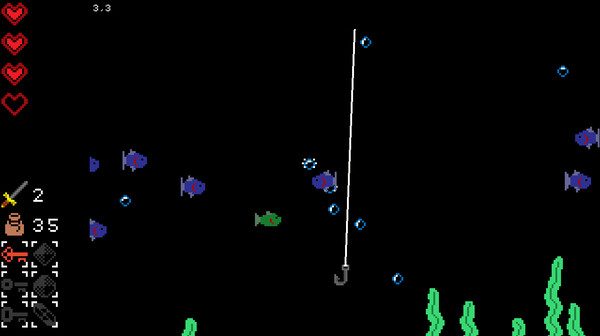 I know that by starting off saying I don’t love all the Zelda games makes me seem unqualified to review such a spiritual successor to the original classic, but Brother Brother captured what made me fall in love with the NES masterpiece in the first place. It’s a go-at-your-own-pace adventure with challenge and charm galore, brimming with personality and unique touches. It captures what made the original Zelda great, replicating all of the amazing aspects while improving upon its mistakes, sprinkling in plenty of unique quirks to set it apart from its ancestor. Love or hate Zelda, it doesn’t matter — Brother Brother is an experience worth having, and for such an insanely low price of $3.99, it’d be a crime not to grab it.

Editor’s note: This review is based on a retail copy of Brother Brother given to HeyPoorPlayer by the publisher. 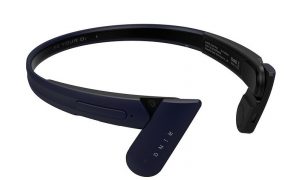