It’s your turn to survive the zombie-apocalypse 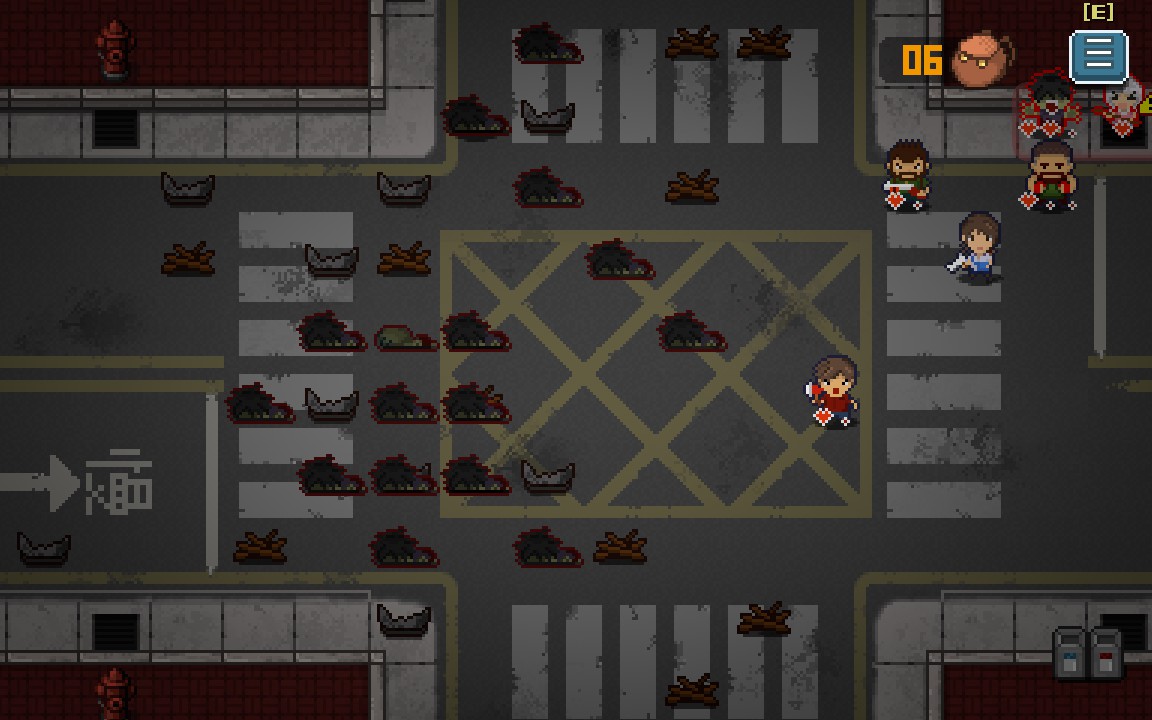 It’s hard to keep the zombie genre down — just when you think you’ve seen the last of it, another game crawls out of the woodworks, demanding your attention. I opened up the month with a zombie dating dungeon-crawler, and it seems I’ll be closing the year (eep, the decade!) with Wanna Survive, a zombie apocalypse turn-based tactics game just dying to be played. 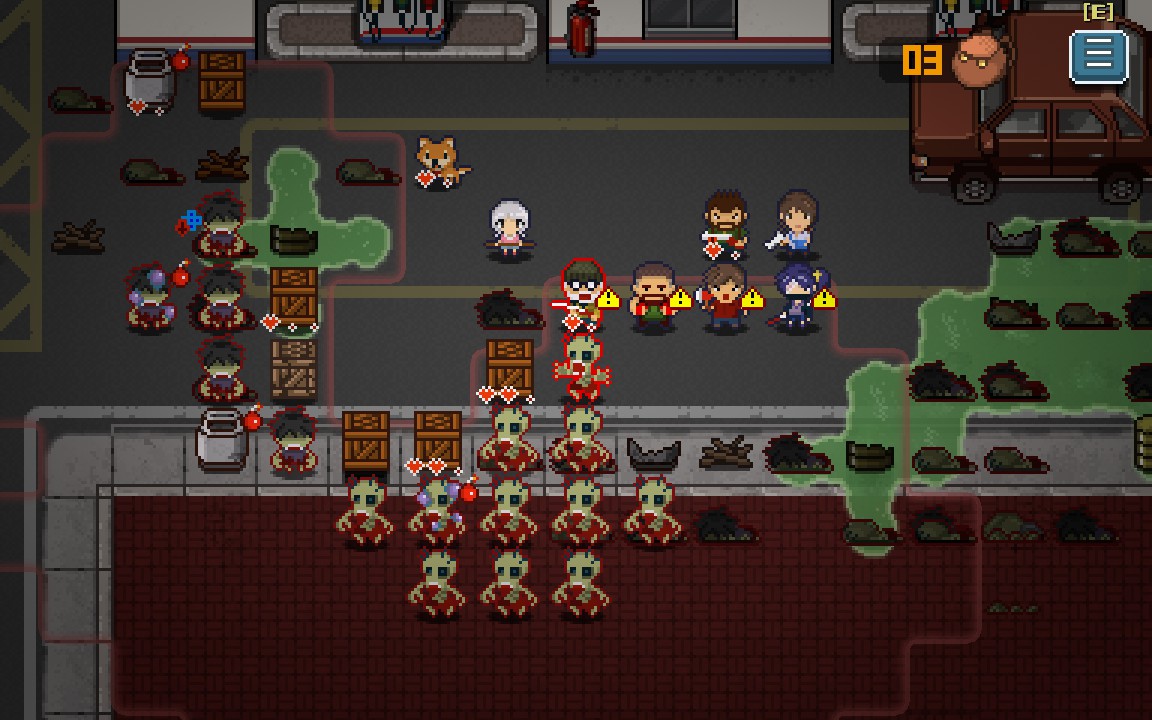 Developed and published by PINIX, Wanna Survive, set in a post-apocalyptic urban setting with zombies galore, is sure to please with its delightful pixel graphics and challenging tactical gameplay. The plot follows a ragtag group of survivors just trying to stay alive in their bleak new world, where nothing is certain (except for the fact that everything is trying to kill them). As the levels progress, the opportunities to gain more group members increase — be careful, though, as one false move means curtains for a much-needed ally, putting the survival of the party at risk. 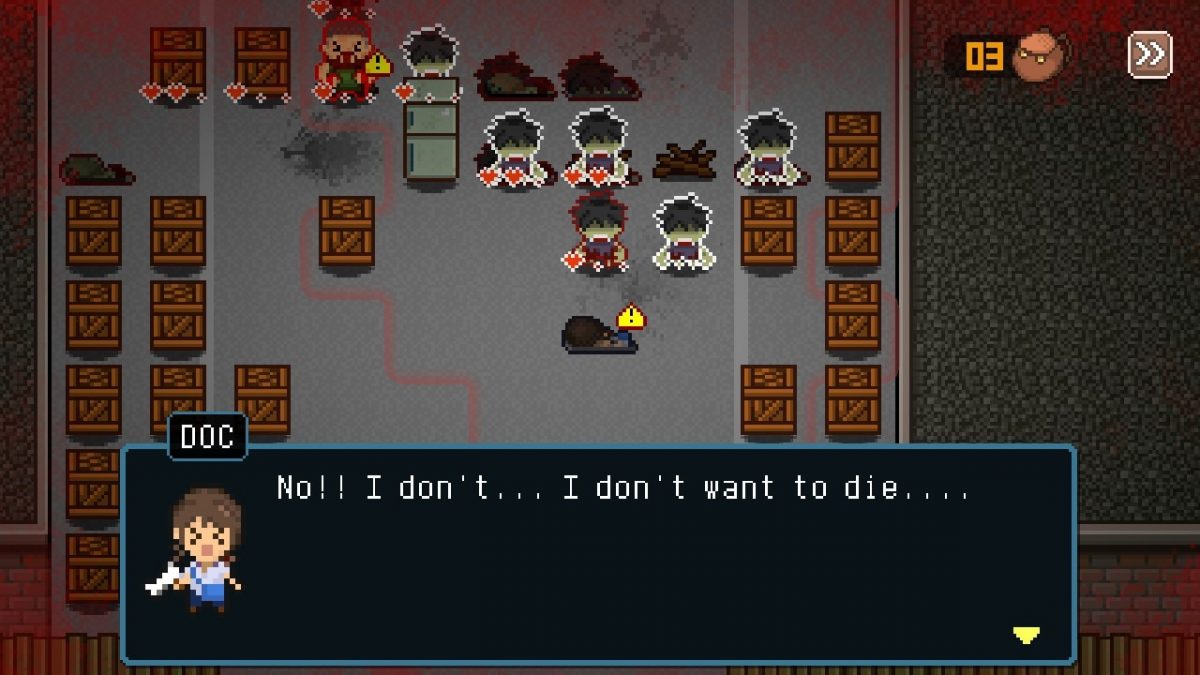 The controls in Wanna Survive are extremely simple, as everything is mouse-based. Click on a party member, aptly named “Man” or “Doc”, and then click where you’d like them to go. You can also click on one of the zombies, and, if you’re close enough, they’ll go in for the kill. Some of the group members have short-range weapons that deal heavy damage, while others are more long-range with varying levels of power behind the punch. It’s up to you to guess where the zombies will head next (spoiler alert: straight at you) and defeat them before they can eat you. 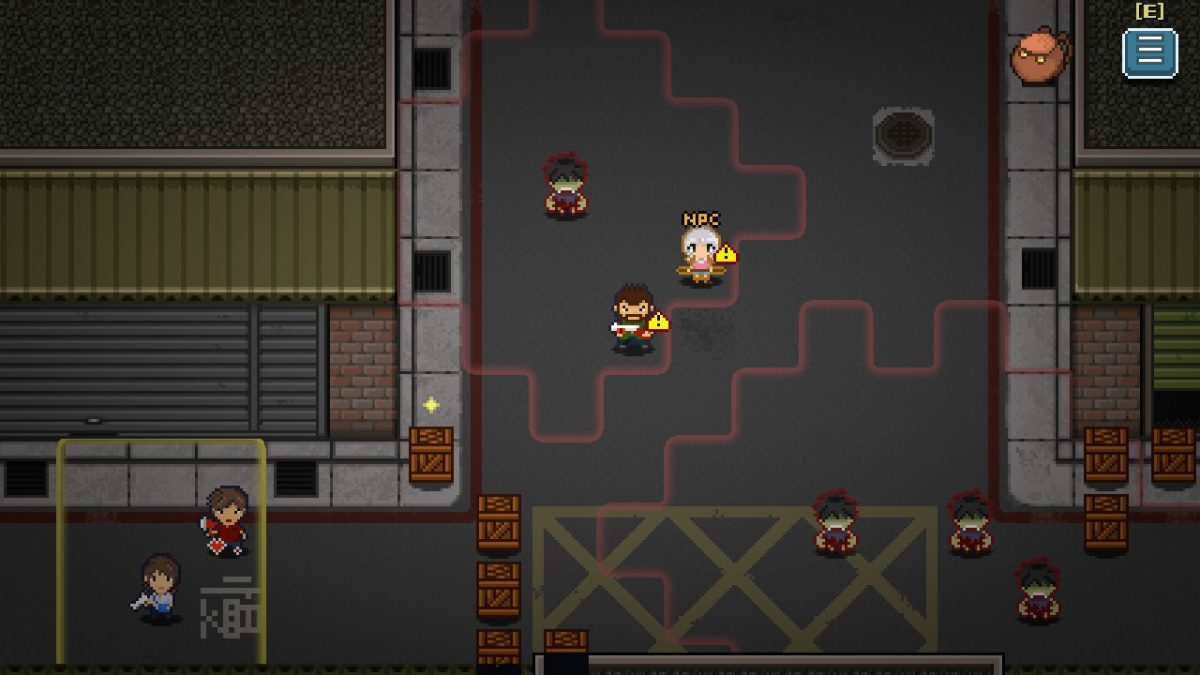 Gameplay is separated into two main areas — the campsite and the field. Each night, the party members will camp around a fire and, if they’re lucky, share a meal with each other. Rationing out your food supplies is critical, as the characters will die if they go without food for too long. Characters can also talk to each other and discuss where to head next, their ultimate goal being the evacuation zone and, hopefully, safety. 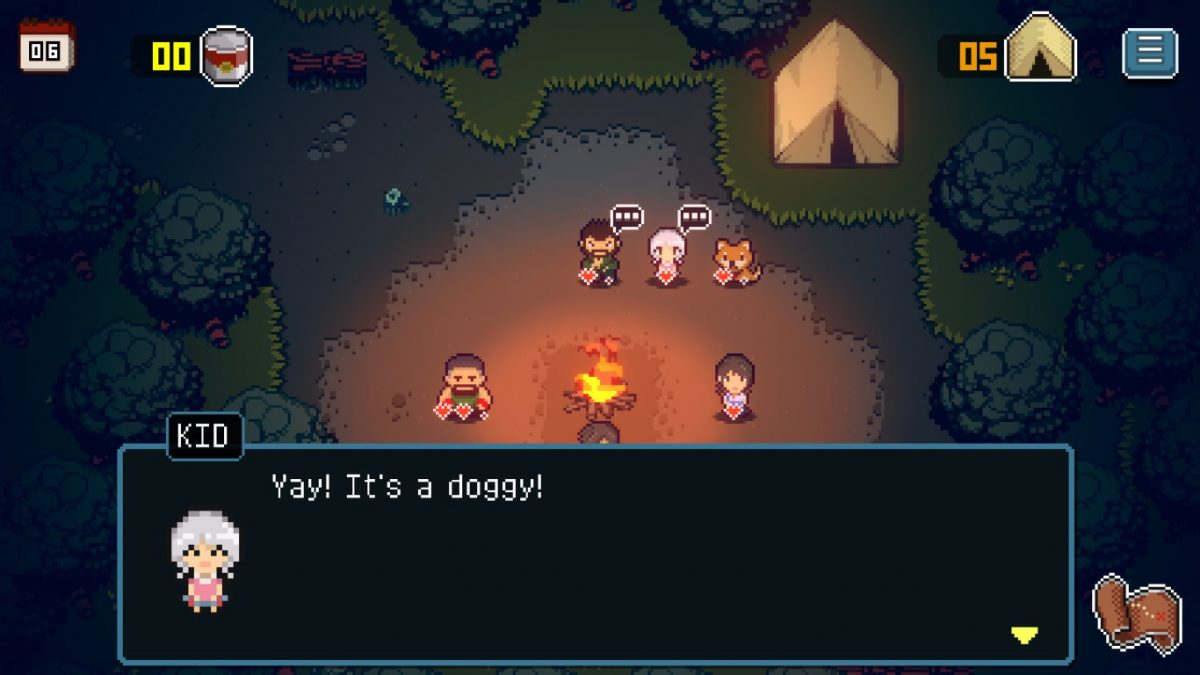 After resting up, the party will make their way through the city streets — once alive and bustling, now they’re a nightmare-fueled barrier to safety full of the undead. Characters will need to not only defeat zombies but crush crates looking for food and supplies. As it is a turn-based tactics game, characters will each take their turns, cutting down as many mostly-dead zombies as they can, before the grim ghouls get a chance at dinner. Despite the cute pixel look, this game is a CHALLENGE; luckily, players can reset the level or even just the last turn, but be careful, as the latter choice comes at a cost. 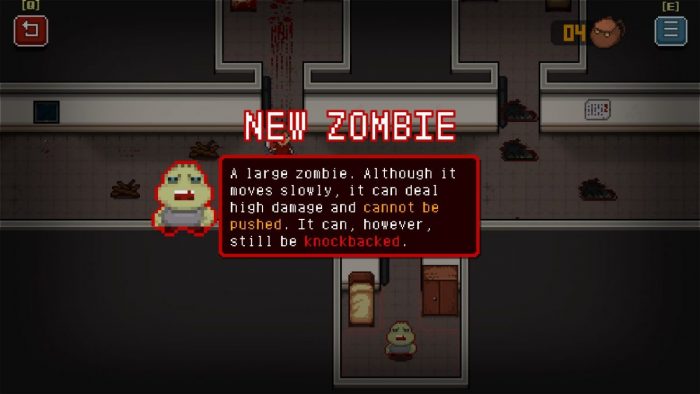 There’s a very simple joy in pixel art expression that I find so deeply satisfying, and Wanna Survive definitely did not disappoint when it came to character sprites. Despite the characters’ size being that of a thimble, they conveyed so much depth, emotion, and individual personality. I found myself immediately attached to them, resetting each time one died so I could ensure they lived to see another day. 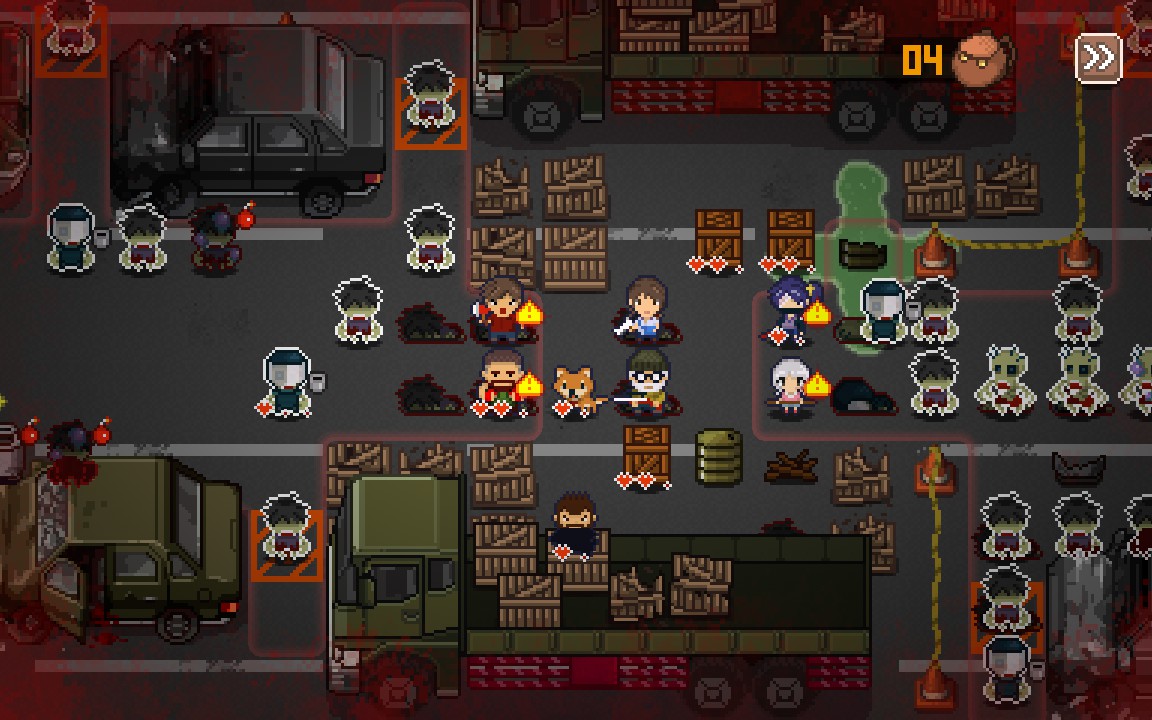 I think if I could pinpoint one thing that surprised me about Wanna Survive, it’s how much I found I actually enjoyed the game. At first glance, the small indie title doesn’t look like a rich experience, but within the first few minutes it was clear to see just how polished and fun the game actually is. They say you can’t judge a book by it’s cover; in this case, seems like you can’t judge a game by its Steam page? I guess what I mean is that looks can be deceiving, and there’s a lot to discover about this seemingly light game.

On the surface, Wanna Survive looks like a cute version of a zombie apocalypse; don’t let its charming pixel sprites fool you into thinking cute means easy, however, because the truth is you are going to die. A lot. You’ll reset the levels over and over again, hoping to save party members from zombie bites and starvation, but ultimately fail and let one or two go. This will test your patience. This will test your sanity. This will prove your dedication. But above all, Wanna Survive will prove to be fun. Be sure to pick this up if you love zombie games or turn-based tactical games in general — as long as you have brains, you’re in for a treat!

Editor’s note: This review is based on a copy of Wanna Survive given to HeyPoorPlayer by the publisher. 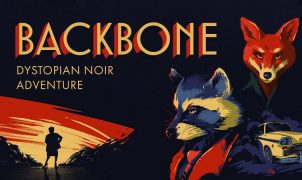 Backbone Review: A New Society   One of the first rules of noir is that things are never as simple as they seem. A philandering husband whose wife needs…