You down with double XP? Yeah, you know me. 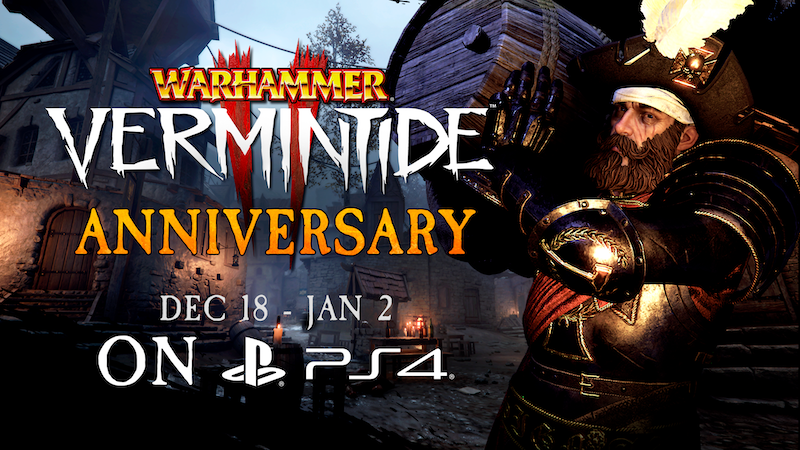 Fatshark is feeling festive. To celebrate the first anniversary of Warhammer: Vermintide II’s December 18, 2018 launch on PlayStation 4, the Stockholm, Sweden-based studio announced today in a press release that they will be offering players double XP from today through January 2, 2020.

In addition to announcing the anniversary event, the developer teased that they’ll be confirming the exact release date for the upcoming Warhammer: Vermintide 2 – Winds of Magic expansion, which made its PC debut last August, very soon. The expansion introduces a new race, the Beastmen, the Dark Omens map, where players must prevent a warpstone meteorite from falling into the clutches of the Dark Pact, the wind magic type, and more.

As always, we’ll be sure to let you know as soon as a firm release date has been revealed.