Ys: Memories of Celceta Is Getting A PS4 Remaster Next Year

Good news, RPG fans. Publisher XSEED Games has announced that the PlayStation 4 is getting a remaster of Nihon Falcom’s beloved adventure Ys: Memories of Celceta next Spring.

Originally released on the PlayStation Vita and later on Steam, Ys: Memories of Celceta is the 4th canonical game in the long-running JRPG series. The PlayStation 4 version will include several enhancements such as 60FPS, full HD visuals, and optimized controls to accommodate the touch functions of the “PS Vita” version. The game will also include dual audio featuring both English and Japanese voice tracks. 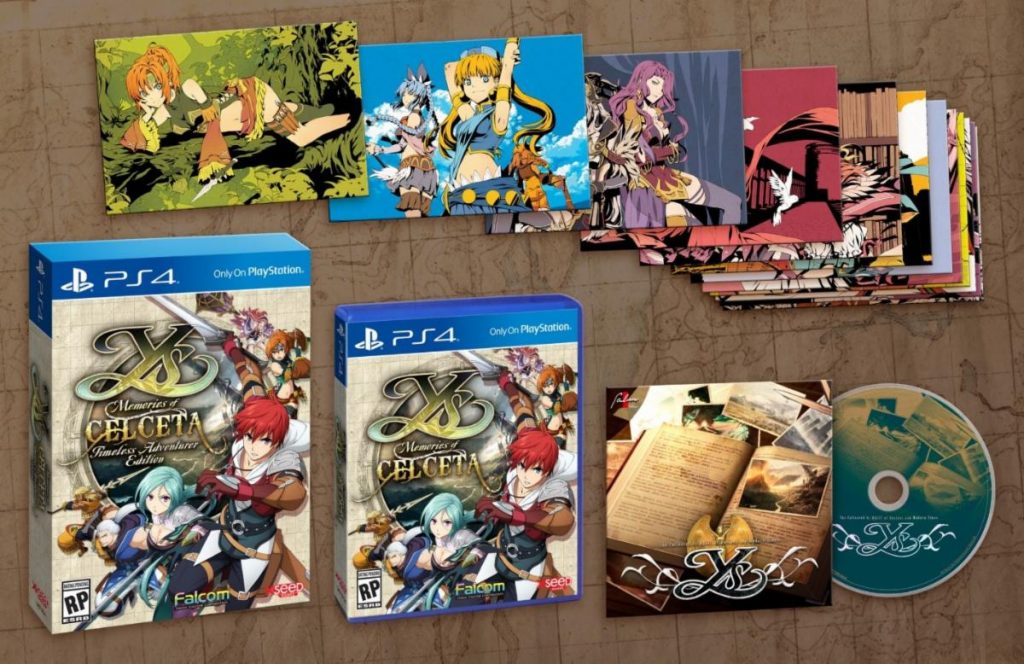 The game will be available digitally on the PlayStation Store for $29.99. Additionally, players will be able to purchase a day 1 Ys: Memories of Celceta “Timeless Adventurer Edition” (pictured above), which will come bundled with a soundtrack CD that was part of the “Ys 25th Anniversary Pack” in Japan. The soundtrack features nine re-arranged tracks from Ys I through Ys SEVEN and Ys Origin, as well as five songs from the original 1987 MSX release, Ys I: Ancient Ys Vanished. The Timeless Adventurer Edition will also include 12 4” x 6” art cards showcasing various heroines from Ys lore. The Ys: Memories of Celceta “Timeless Adventurer Edition” will be priced at $39.99.

In Ys: Memories of Celceta, the fiery-haired swordsman Adol Christin wakes to find himself in the town of Casnan—a bustling frontier town surrounded by uncharted wilderness. Joined by the mysterious information dealer Duren and the Romun Army general Griselda, the party embarks on a quest to map the Great Forest of Celceta and help Adol recover his lost memories.

You can find the announcement trailer below: