Back and better than ever 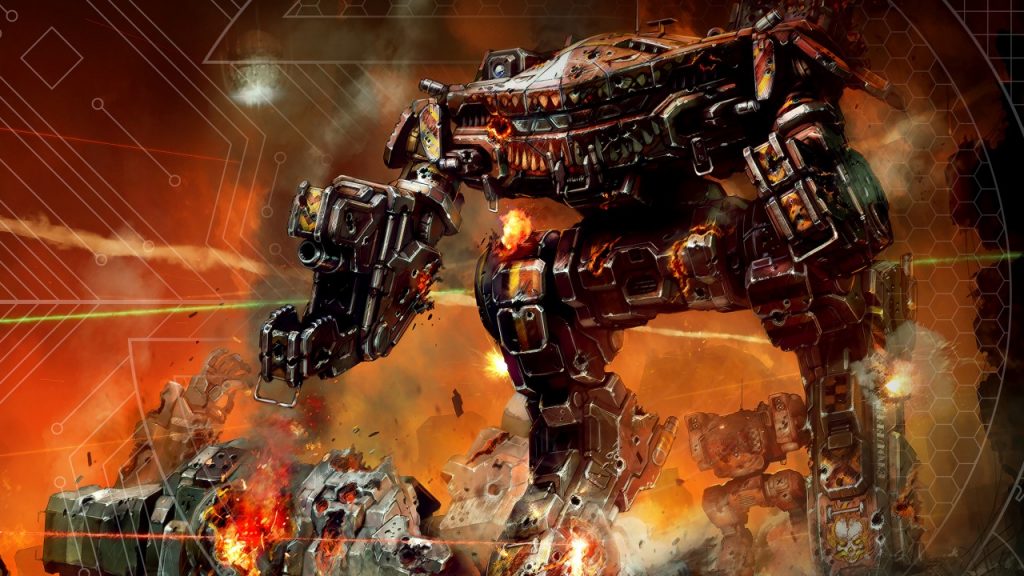 In our house, we love and appreciate Gundam.

Not just because I used to work at Bandai or that Gundam Crossfire is one of my favorite PS3 games, but because my husband has come down with a pretty severe case of Mobile Suit madness. This entire year we’ve watched each episode of at least five different series, following Amuro, Kamille, Judau, and others, as they pilot impossibly large robots to fight the bad guys all across the universe.

One question never seemed to get answered for me, however; how much do these mechs cost? It’s not like the economy would change so quickly that suddenly all moving parts necessary for the metal behemoths are totally affordable. Surely they’d at least have to purchase ammo? And what about insurance, does that exist?

As a teen, I never questioned it; as an adult, it’s all I can think about, and, I hate to say it, it hampers my ability to once again fully immerse myself into the mech genre…

…until my first Mechwarrior game, Mechwarrior 5 Mercenaries, came along and answered every burning question I had in an exceedingly fun and extremely satisfying way. 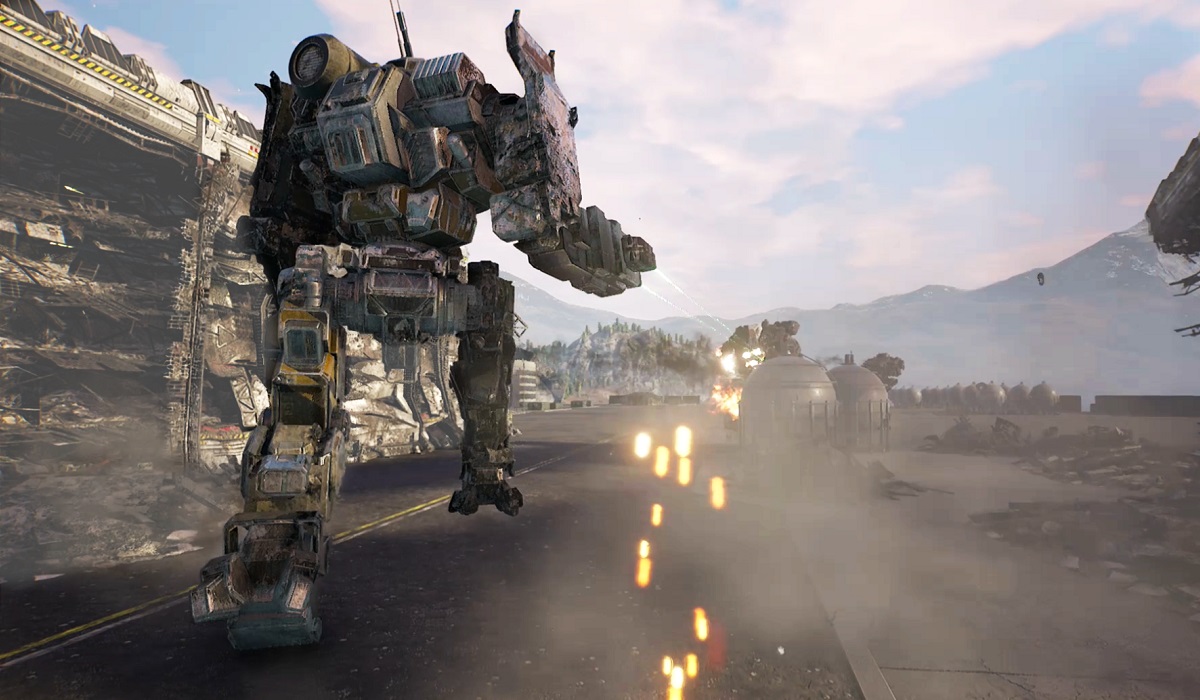 Developed and published by Piranha Games, Mechwarrior 5 Mercenaries is the latest installment to the decades-long Mechwarrior series set in the in the BattleTech universe. Players take on the role of a largely forgettable main character (I have no idea if my guy even had a name tbh) who rises through the ranks pretty quickly in a roving band of mech mercenaries. I’m not sure what the goal is, but if there’s anything a freelance video game journalist understands in spirit, it’s mercenary work, which, of course, Mechwarrior 5 Mercenaries is all about. And since the merc work and gameplay have fused together seamlessly, the somewhat spare storyline can be easily forgiven.

Booting up Mechwarrior 5 Mercenaries instantly gave me Gundam Crossfire vibes. Right out of the gate, the game is exciting; in the first few seconds, players are greeted to the jaw-dropping sight of a mech starting up and leaving the hangar, the doors closing behind it. After the awe wears off, the surroundings begin to come into focus. The bleak — but not post-apocalyptic — setting really sells the impermanence of mercenary work: the hangar is utilitarian, the mechs are dirty, and everyone who talks to you is a little rough around the edges. In mere minutes, everything I needed to know about the universe was conveyed, and immersion was immediate. 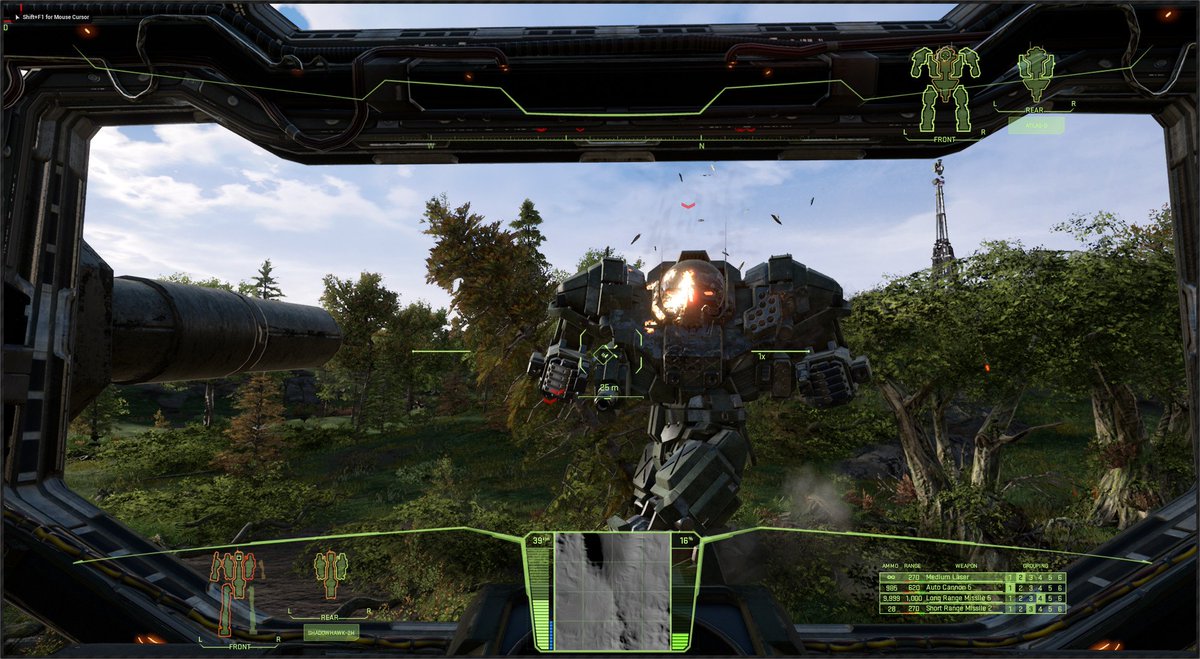 Controls, like the rest of Mechwarrior 5 Mercenaries, are easy to learn but hard to master. The legs and torso of the mech are controlled separately and the mechs definitely don’t stop on a dime (especially in the first few hours), so some players may not find this very intuitive; others, like myself, found this absolutely delightful. Video games with clunkier controls tend to receive low marks and gift high levels of frustration, but in a mech setting, there’s a fine line between clunky and unplayable, and Mechwarrior 5 Mercenaries toed it perfectly. In reality, these mechanical beasts *should* be heavy. They *shouldn’t* move gracefully. They certainly lumber around and need ample time to hit the brakes. The clunkiness is one of those weird things that, when applied correctly, works in the mech genre that you’d be hard-pressed to find success anywhere else — kudos to Mechwarrior 5 Mercenaries for nailing it flawlessly.

After the tutorial runs through the basics of utilizing and caring for your mechs, it’s time to take to the stars to find work. Pick a mission, get dropped into a procedurally-generated world, take some damage, fulfill the brief, earn some cash, reinvest it into your mechs, and do it all over again. Although the missions themselves don’t have a crazy amount of variety, the worlds they’re set on do, and you’ll find it difficult to get bored with the environments. 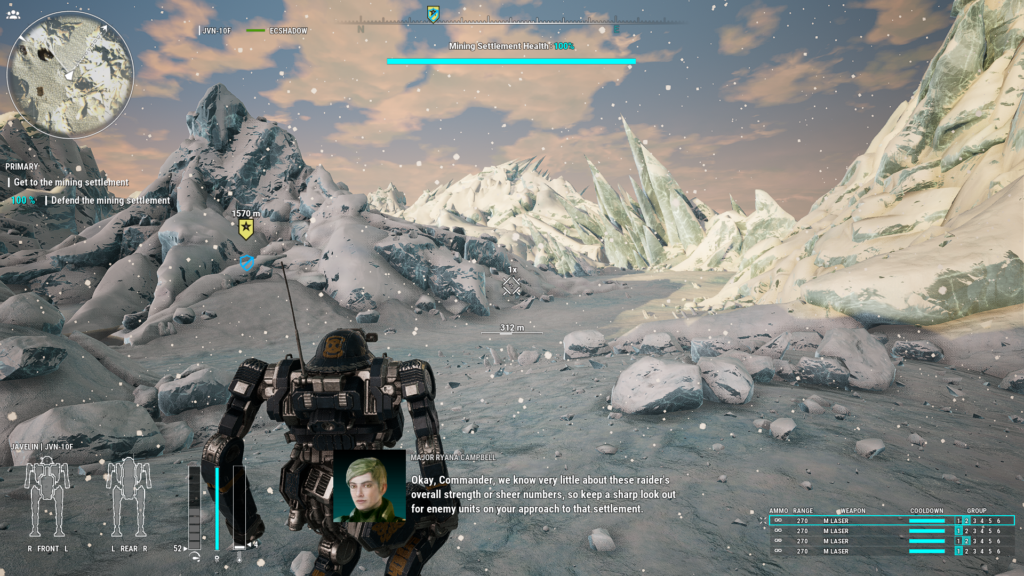 Before I dive too deeply into the battles, I need to talk a bit more about mechs; for one, they’re completely customizable. This means that you can put weapons on longer arms, up closer to the shoulders, or do other things like change up the colors, etc. It’s a mech mechanic’s dream — as long as you have the money to pay for the changes. If you’re rolling in the dough (unlikely), the sky’s the limit when it comes to mech modifications, but if you’re strapped for cash (likely), you’re going to have to make your mechs last as long as they can until they’re battle-worn beyond salvaging. If I hadn’t already been sold on the game by reaching this point, the economy-driven customization would have done it for me; Mechwarrior 5 Mercenaries surprised me with its vice-like grip on the realism aspect, blowing Gundam Crossfire completely out of the water.

The missions themselves are contracted out by the various factions across the Innersphere (an enormous region of known homonized outer space). It needs to be mentioned that these factions are fighting each other, and, by taking on missions for one faction, you’re running the risk of alienating others. Of course, the factions expect this type of behavior from mercenaries so they won’t take it too personally when you accept the occasional contract from their enemy, but from a strategical perspective, it’s best to keep as many factions as possible happy, as doing so results in market discounts and ‘hero’ mechs — exclusive, OP mechs that, trust me, you’re gonna want. 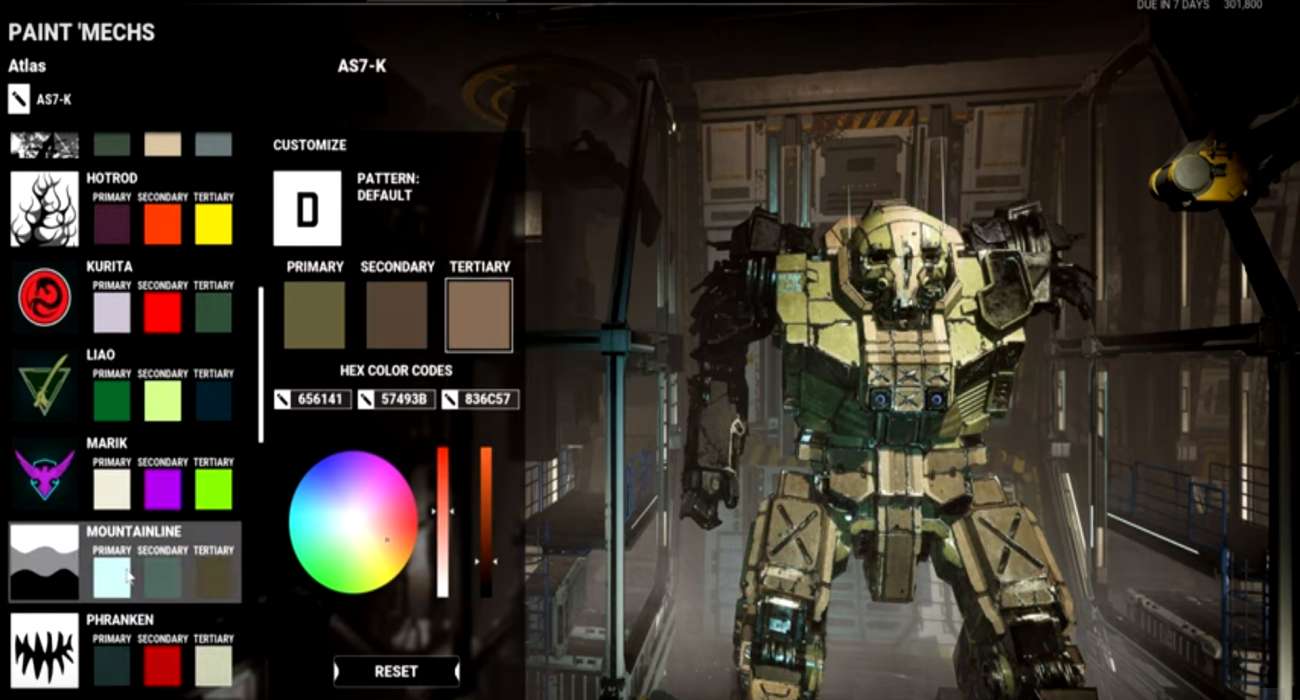 After selecting a mission and negotiating a price, it’s time to get to business. Being dropped off in the mission field is always a delight, as you’ll quickly scan a completely new, totally procedurally-generated landscape. I always looked forward to destroying buildings, because I am in a mech and that’s what I do, but there were occasional missions where you’d have to defend buildings, which was definitely frustrating while in a giant robot made for stomping 🙁

I only have one real complaint, and that’s the AI. I’m sure the dev team is more than aware by now since practically every review has touched on this by this point, but the AI needs some serious re-tweaking. Team members sometimes ration ammo improperly; for example, like leaving only long-range weaponry available in a battle fought at arm’s reach, meaning they’re constantly trying to move back enough to get into long-range, but the enemy follows, causing this endless, circular loop that only the player can break. The AI baddies can also get stuck on the terrain sometimes, meaning you’ll clear out an entire field of enemies, only to have to play a mech-style hide-and-seek looking for an enemy somewhere amongst the buildings and rubble. Again, I’m almost certain the dev team is on top of this and a patch will be forthcoming, but it’s something to keep in mind while playing.

When it comes to the mech genre, it’s really hard to beat Mechwarrior 5 Mercenaries. As an adult, it’s giving me everything I could have asked for when it comes to an economy-driven mech game, answering the question that Gundam in its 40 year run doesn’t seem to want to reveal — what is the price of a mech war? Economy-driven Mechwarrior 5 Mercenaries, on the other hand, delivers over and over again. With all things considered, the realism aspect is off the charts, and if you can get past the spare storyline and somewhat wonky AI, this has the potential to quickly become a fan favorite. Whether you’re a veteran of the genre or just getting your toes wet, Mechwarrior 5 Mercenaries has something for everyone, and the longer you play, the better it gets.

Editor’s note: This review is based on a copy of Mechwarrior 5 Mercenaries given to HeyPoorPlayer by the publisher. 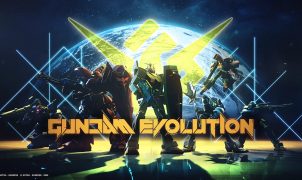 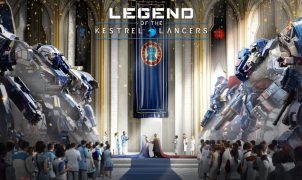 MechWarrior 5: Mercenaries Tells The Legend Of The Kestrel Lancers Today