‘Pillars Of Eternity 2: Deadfire’ Heads To Xbox One and PS4 Next Month 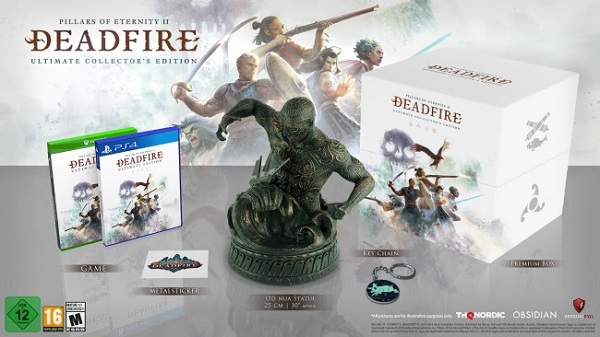 Obsidian and publisher Versus Evil today confirmed that Pillars of Eternity 2: Deadfire will be releasing on the PlayStation 4 and Xbox One on January 28, 2020, in North America and Europe.

The sequel to Obsidian Entertainment’s 2015 smash hit Pillars of Eternity, Pillars of Eternity 2: Deadfire invites players to embark on a journey to Pursue a rogue god over land and sea across the perilous archipelago region of the Deadfire. The game features a sprawling 100+ hour campaign, the option for both turn-based and real-time battles (with pause), as well as the previously-released The Beast of Winter, The Forgotten Sanctum, and Seeker, Slayer, Survivor DLC expansions.

Check out the official launch date announcement trailer below:

With A Name Like ‘Wardog Fury’, I Expected More If you’ve not heard of Raiders of the Broken Planet, I can only describe it as a third-person shooter with…