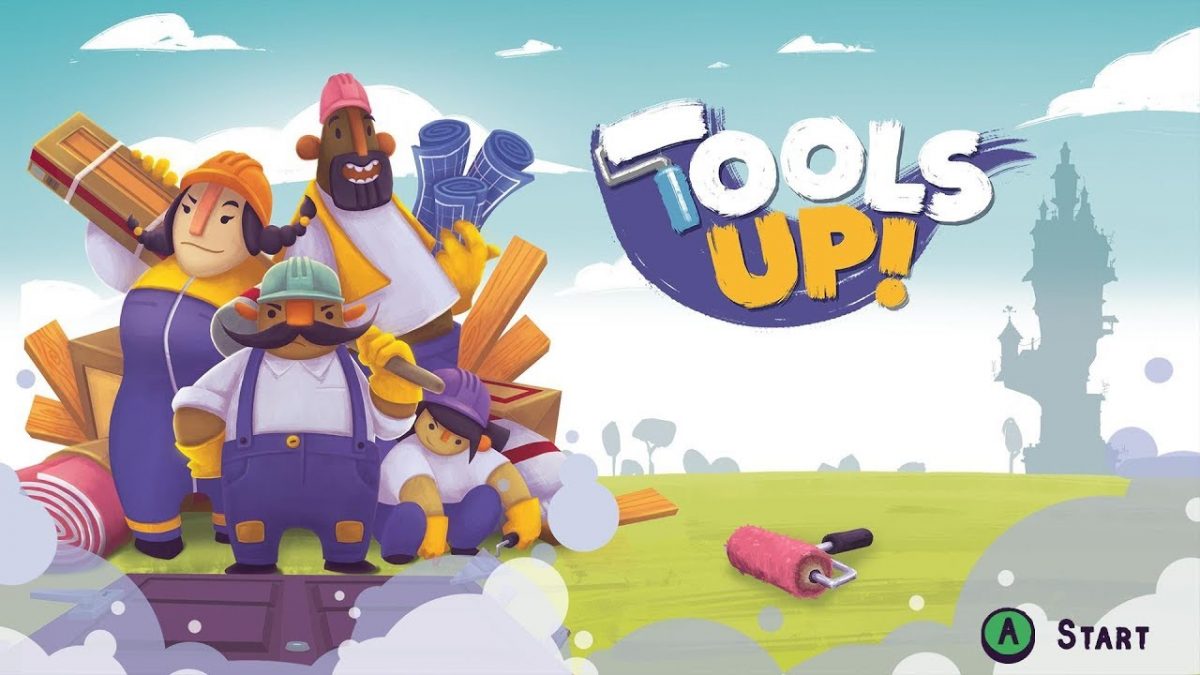 HGTV makes home renovations seem so easy — tear down a few walls, install some quartz countertops, and suddenly you have a house worthy of a magazine photoshoot — all under budget and done before you know it. It’s almost as if they spare no expense in hiring the highest-rated, most-talented, best possible team of builders to work round the clock to make sure they produce quality, quickly.

And then there’s Tools Up!, which is basically the party version of HGTV in the silliest, best way possible. 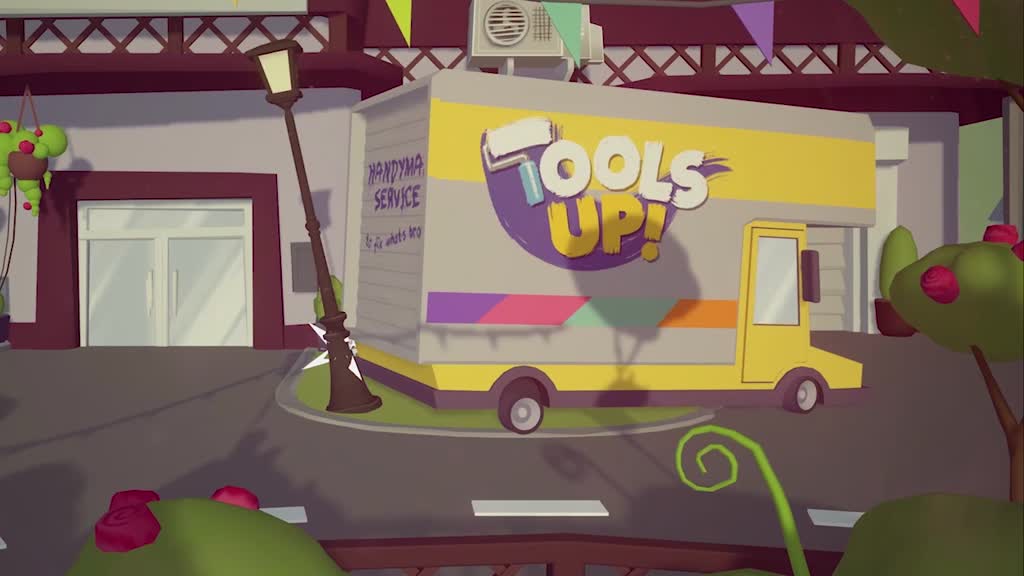 Developed by The Knights of Unity and published by All in! Games, Tools Up! is “an exciting party co-op that tests your renovation and teamwork skills,” according to the game’s Steam page. For those short on players, no worries — there’s a campaign mode to keep you occupied until the rest of the crew arrives, giving single players time to hone their home renovation skills. Race against your friends and the clock as you paint walls, mix mortar, and, of course, clean everything up afterwards.

Controls in Tools Up! are very straightforward — WASD to move, spacebar to pick up, F to perform an action, shift to throw, and QE to rotate the blueprint. The control scheme is shown on the load screen, which serves as a great reminder and helps in co-op situations when inviting completely new players to join in. One tip I discovered while playing on a keyboard is that I found using my left hand to control movement and my right hand to handle F and spacebar sped things along considerably. 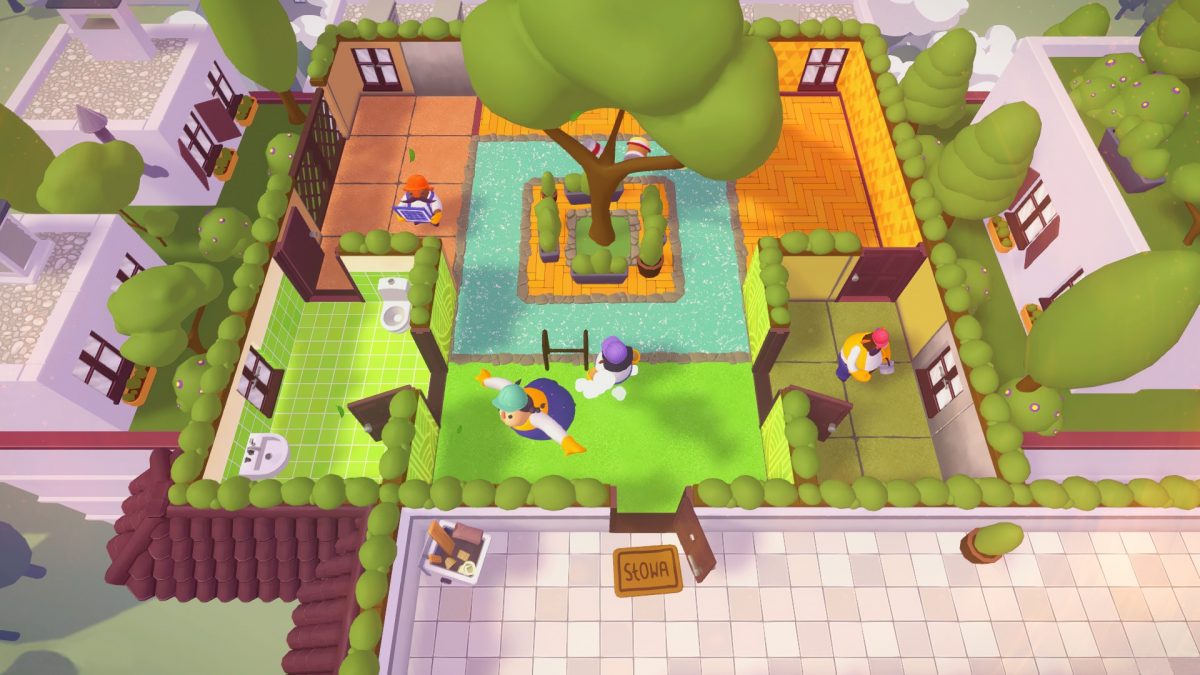 Time-saving tips are definitely welcome here, because in Tools Up!, players are only given about five or so minutes to complete home renovations. The first few levels are all about paint jobs, but moving on up to harder jobs means laying new carpet, tearing down wallpaper, mixing and applying mortar to the walls and floors, and even rearranging furniture. There’s a lot to do in each client’s home, and time waits for no builder. 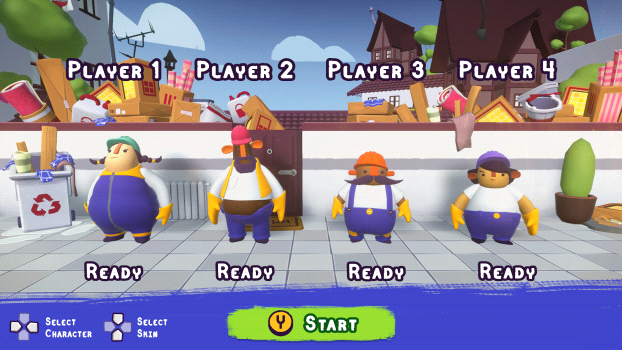 Feeling lost on what to do? Don’t panic — there’s a blueprint hiding around the house somewhere that lays out all the plans. It’s a little confusing at first to understand what you’re looking at, as picking up, then reading the blueprint initiates a screen that shows what the rooms are supposed to look at in a subtle way, which, if you’re not paying attention, may not look all that different than how the room currently is. Noticing subtle changes like that is key in Tools Up!, as instructions aren’t relayed to the player in an obvious way and take some time getting used to. 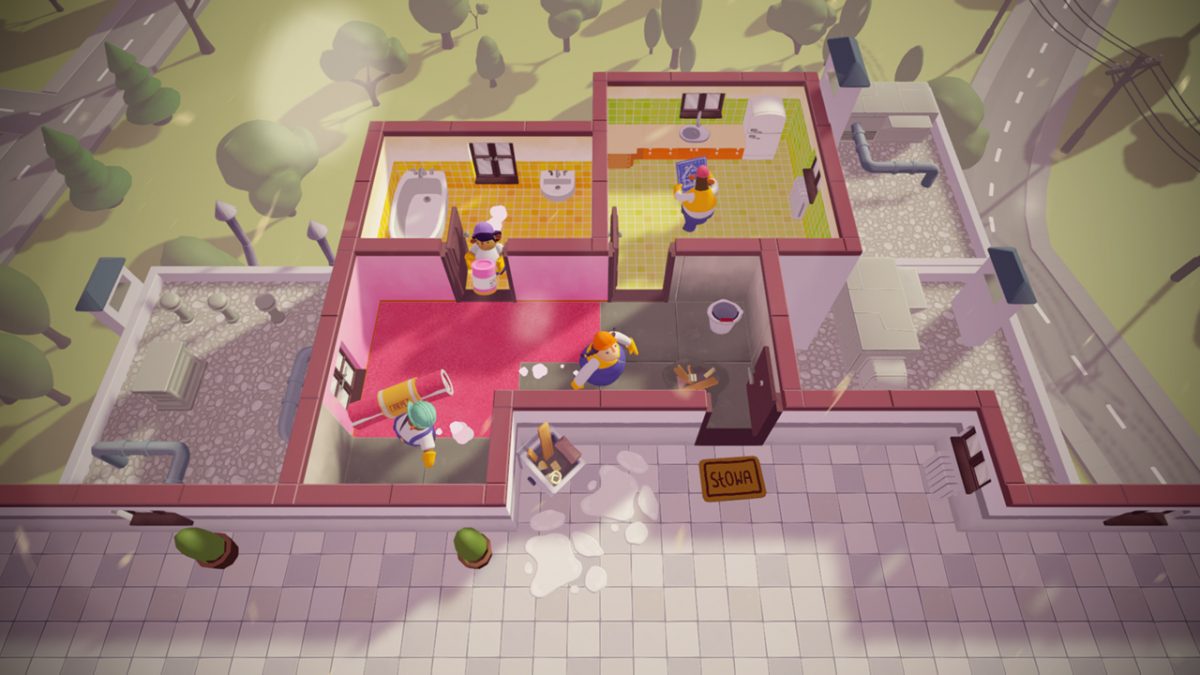 Playing through the solo campaign of Tools Up!, I can see why the developers pushed hard to make this feel more like a party game rather than a single-player experience. The game is fun on its own, don’t get me wrong, but with the quaint design, simplicity in the control scheme, and what feels like a few seconds too short of a goal time, Tools Up! strikes me as the home renovation version of Overcooked. It’s got everything needed for that cute little party game that will be sure to delight both casual players and hardcore gamers, so fans of the party game genre should certainly consider picking up this gem on that principle alone. 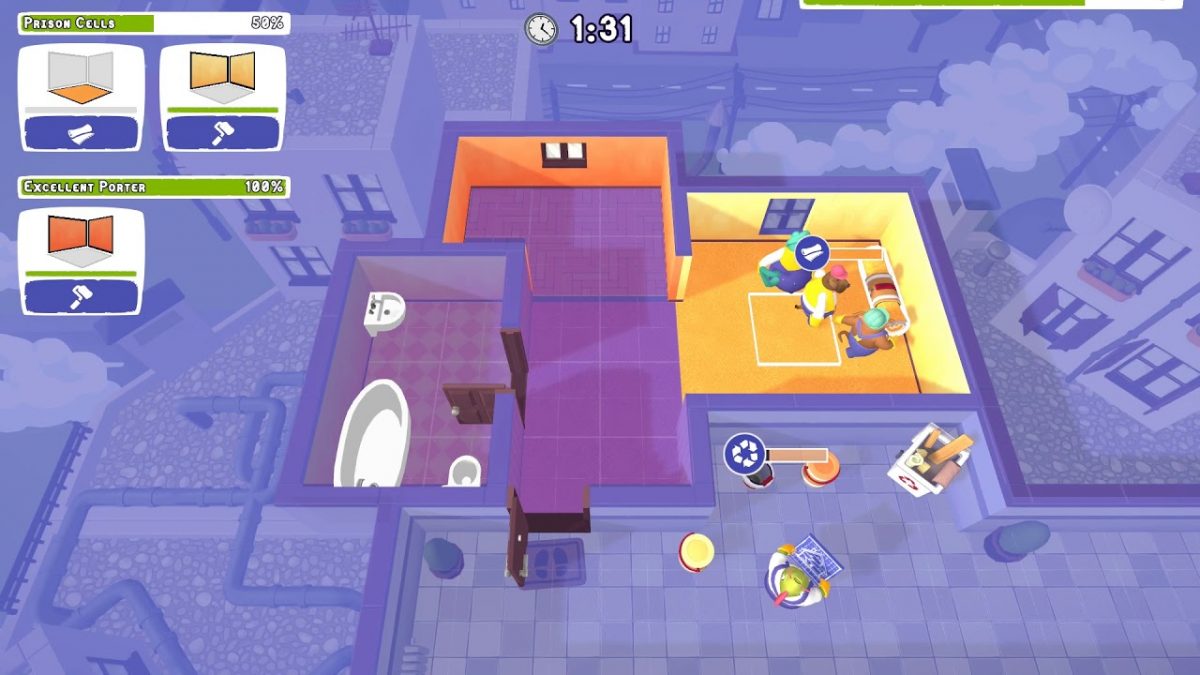 I will say that there were times in Tools Up! that I felt perhaps a little frustrated — while the game is done and in a totally playable and enjoyable state, it doesn’t feel completely polished in certain areas, such as the level clear screen. The combined acts of picking up an object and activating that same object seems slightly redundant, and feels ultimately there to only slow players down unnecessarily. Checking the blueprint takes some time to determine which room is which, and with the chosen colors often so close to each other that it’s easy to mix them up, I found myself reading the blueprint, putting it down, then lifting it up again, wasting precious time in the process. 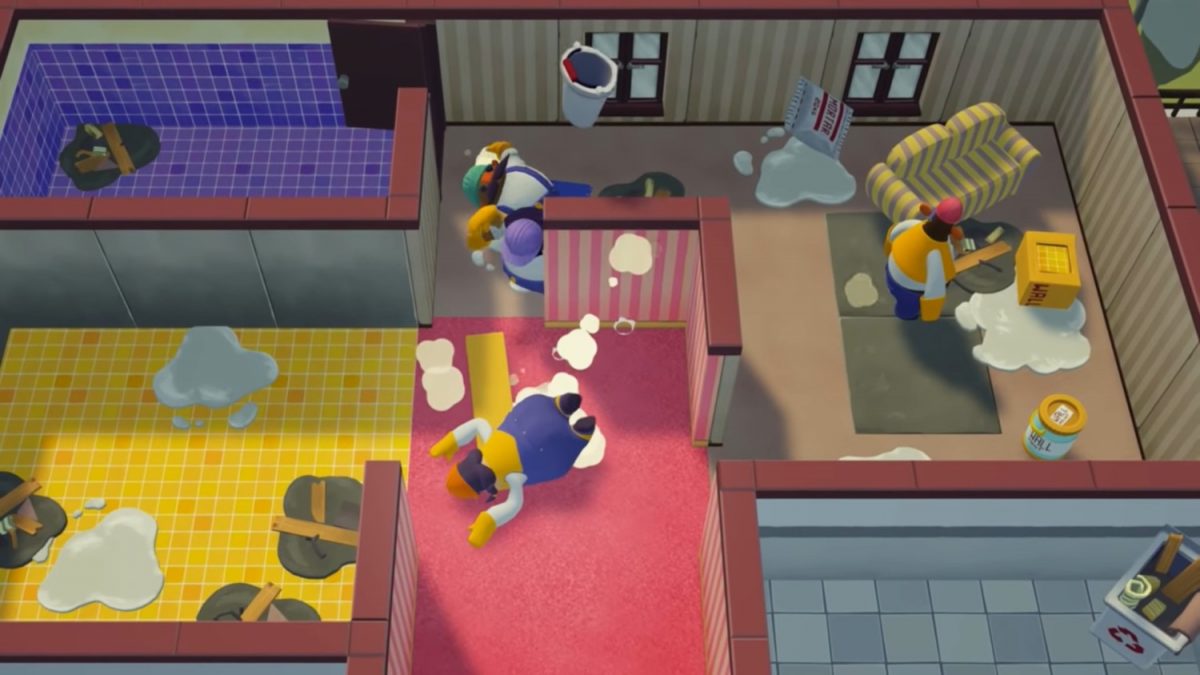 If I sound like I’m being overly critical of Tool’s Up!, I’m not meaning to be; instead, I feel like it’s a critique of a really great game design, and, with immensely high replay value, it’ll be one I’m going to play over and over again for quite awhile. Where else am I going to be able to yeet rolls of carpet over walls and mop up spilled paint, leaving pristine parquet behind? My friends aren’t going to know what hit them (hopefully it isn’t the rolled up carpet).

What a delight Tools Up! is — games that feature home renovations are more often fun than not, and this charming little title takes it up a notch by adding the co-op mechanic. Players will easily find themselves getting lost in the gameplay, trying to clear one more round in a way that mimics a bad case of Civilization’s “one-more-turn-itis”. If Overcooked was your thing, you have a group of friends who are always looking for a new challenge, or you simply love throwing paint on the walls and hoping for the best, Tools Up! is a wonderful gem that definitely belongs in your library (or maybe in your kitchen, or your living room, or…).

Editor’s note: This review is based on a copy of Tools Up! given to HeyPoorPlayer by the publisher.