Welcome back to the world of Shenmue 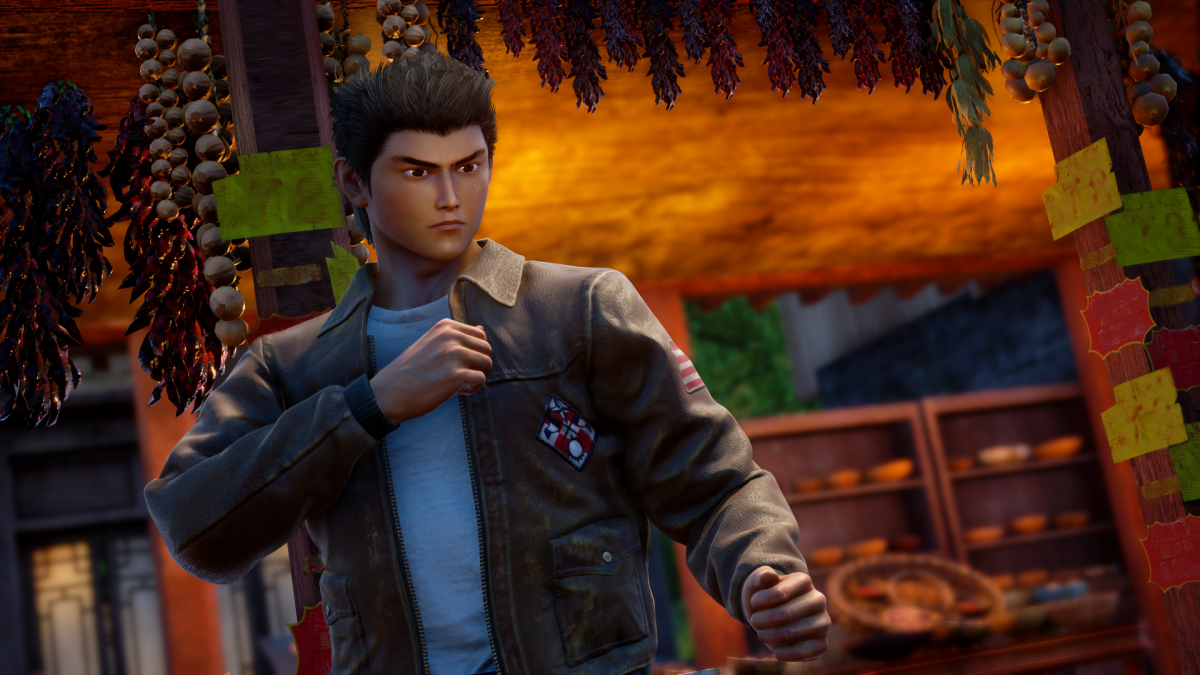 To the die-hard fans who’ve patiently waited these past 18 years, I won’t keep you waiting a moment longer — Shenmue III is absolutely worth it, go buy it.

For everyone else, pull up a chair, get a blanket, and snuggle in, because things are about to get incredibly cozy.

Around 25 years ago, ambitious Sega game director Yu Suzuki sojourned to China & Hong Kong in 1994 as part of his research for an upcoming Virtua Fighter installment. Inspired by the beauty of the continent and richness of its history and culture, he started to piece together a story of his own, which he secretively titled Project Berkeley. Originally slated for release on the Sega Saturn but ultimately finding its home on the Sega Dreamcast, his project, now called Shenmue, was the game ahead of its time on the most powerful console on the market in 1999, blowing the minds of anyone who was fortunate enough to find it. 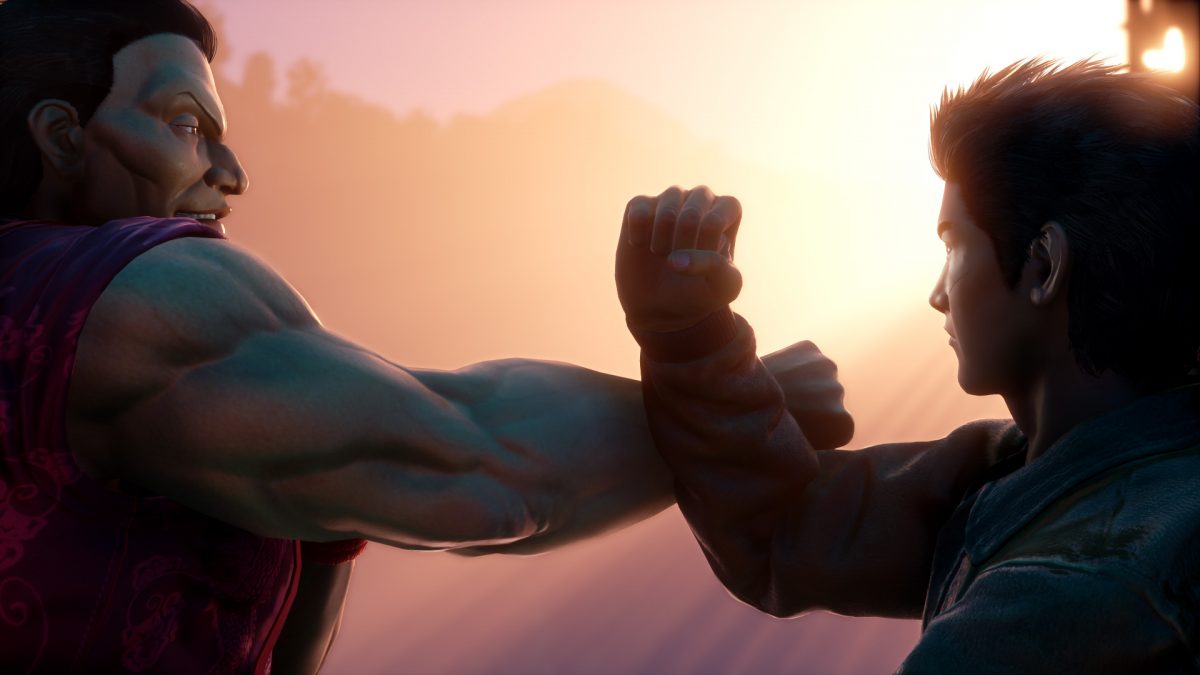 I know you’re here for Shenmue III, but you have to understand the context of the first two games before diving into it if this is your first time around, so I’ll try to make it brief — for starters, Shenmue was an open-world action/RPG (although Yu Suzuki famously called it a “FREE” (Full Reactive Eyes Entertainment) game in the same way Hideo Kojima is calling Death Stranding a “Strand” game) at a time when that genre didn’t truly feel open. Sure, you could wander around the overworld maps in PS-era Final Fantasy games, but with nothing notable between point A and point B, the space between the two points was pretty arbitrary, and only gave the illusion of a fully-fleshed out world. 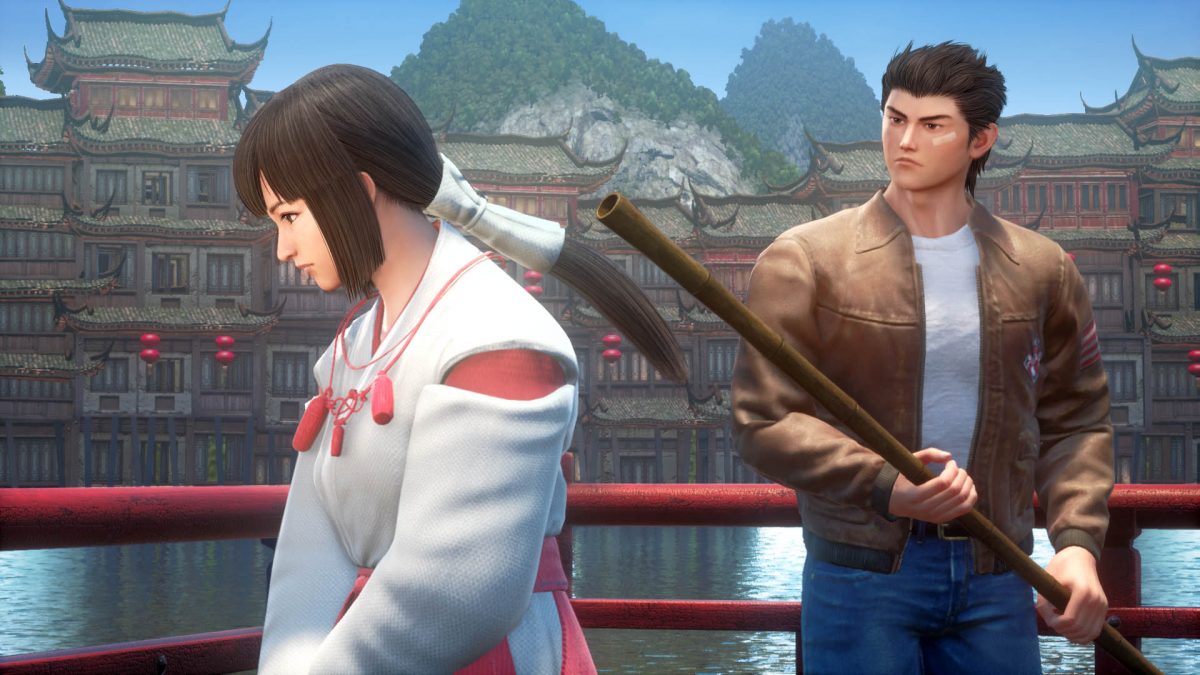 Shenmue, on the other hand, took a small corner of Japan in the 1980s and filled it to the brim with detail and personality. New concepts like time passing were introduced, where one in-game day was equal to one real-world hour, and even the weather changed — which, might I add, was historically accurate down to the hour of what the weather was actually like for that region of Japan during 1986. Voice acting — a novel concept for 1999 — was introduced, giving life to characters in a dramatically new way. 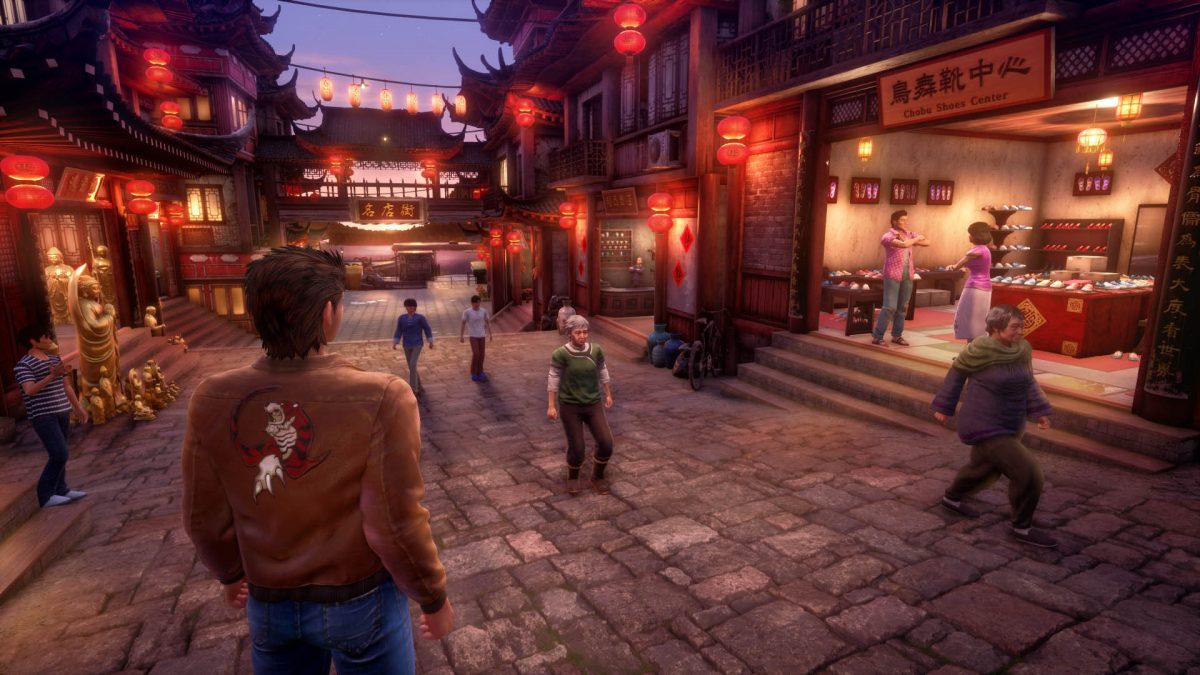 It wasn’t just technological prowess that wowed players — the streets were filled with uniquely designed residents, who had their own schedules to follow. One person might hit the arcade in the evening, while another will wander home for the night. Gashapon, or capsule toys, were seemingly on every street corner, and collecting them was a big draw in the series. To add to the realism, the main character, Ryo Hazuki, needed to eat, sleep, and keep his energy up so he could practice his martial arts in empty parking lots in the hopes of finding his father’s killer. You guys, this game was IMMERSIVE, but not in the standard fantastical fare video games usually have on offer — instead, we’re given quite an aspirational hero roaming a familiar, lived-in world, romanticizing the mundane and turning the every day into the extraordinary.

A common concern amongst gamers who missed out on the glorious but short days of the Sega Dreamcast is that they won’t be able to connect with Shenmue in the same way long-time fans do, but fear not — Shenmue I & II were remastered for the PS4 in 2018, bringing the now-dated graphics up to par. For gamers who came into their own in the 2000s, the titles still hold up to this day — players will find a familiarity with quick-time events and asking NPCs about the next step — but anyone younger than that should ask themselves if they enjoyed the Yakuza Series and go from there (it’s not the best parallel but it’s close enough). 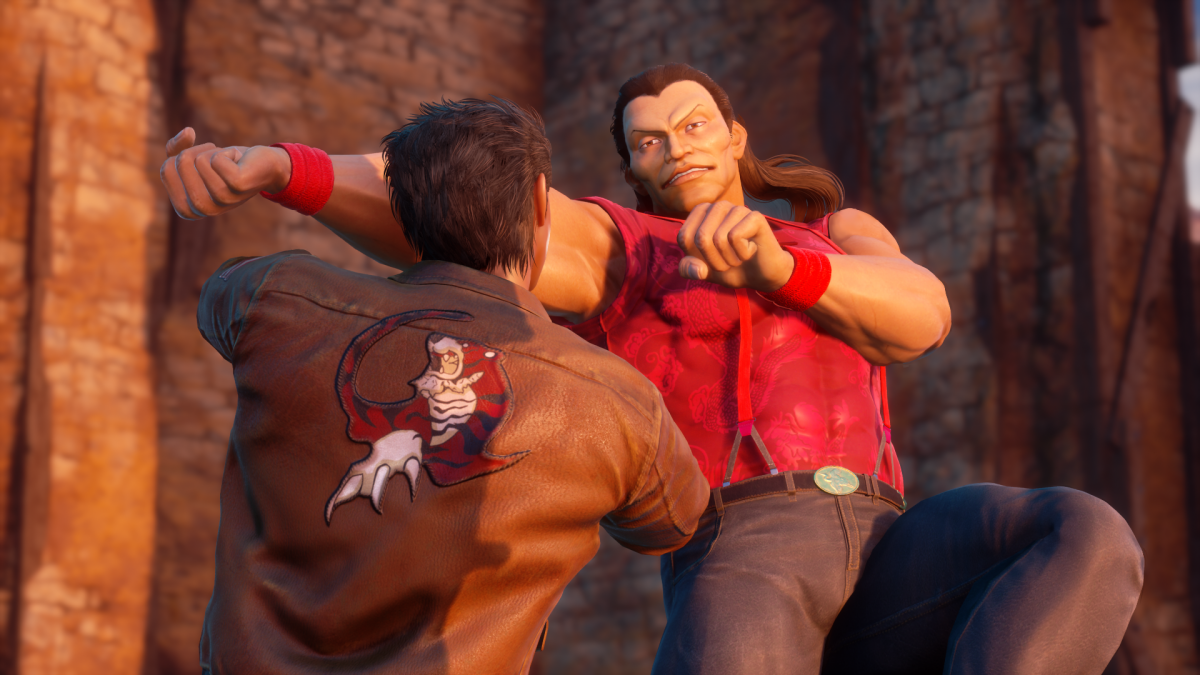 Players who are just diving in or need a refresher on the series can certainly play the original (if you can’t get the Dreamcast/XBox versions, go ahead and pick up the PS4 remaster), but the dev team kindly provided a recap movie of the most important parts from Shenmue I & II (for those curious, feel free to watch it here). Whether you’re familiar with the series or not, I strongly recommend giving it a watch, as it drives home what the dev team thinks you absolutely must know before jumping into the third installment.

After that, Shenmue III picks up right where Shenmue II left off — quite literally. 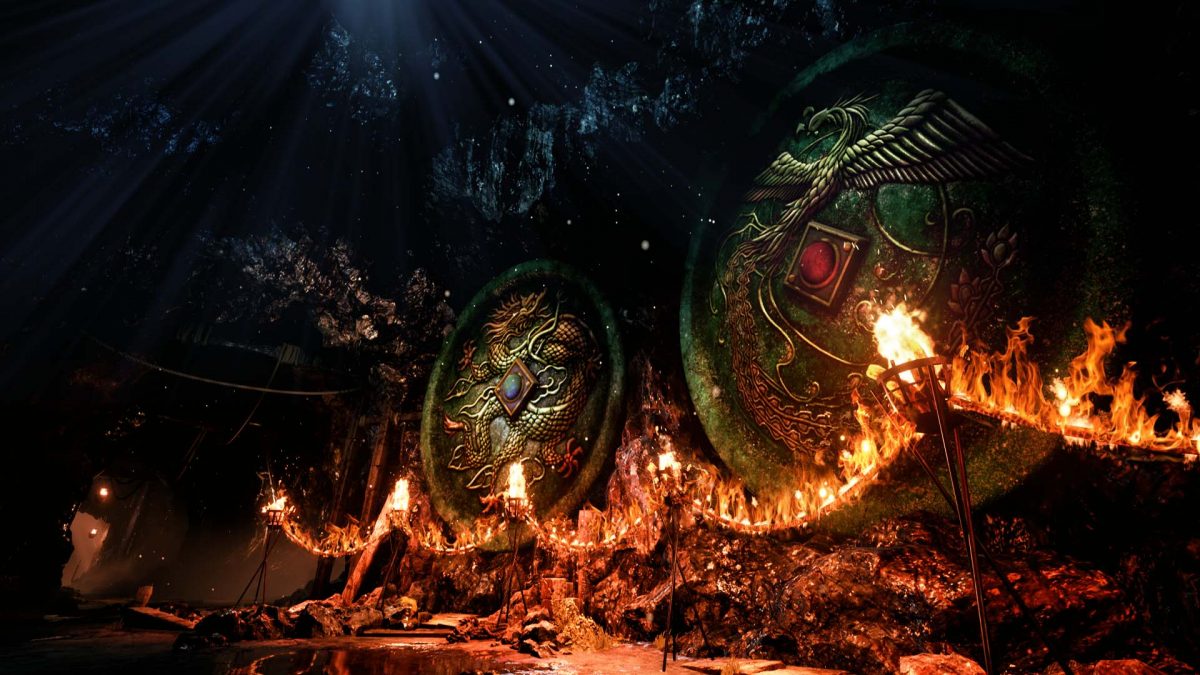 Without trespassing into spoiler territory, players who are at least even remotely familiar with the series will feel like time never passed — and I mean that in the best way possible. It’s as if Yu Suzuki put everything together 18 years ago and only now is his vision coming to life. The world Ryo explores is small in square footage but rich and teeming with life. In a world full of procedurally-generated dungeons, planets, and entire universes that ultimately feel exactly the same, Yu Suzuki and team lovingly and painstakingly crafted a microcosm of 1980s rural China, where each tiny hut is different from the next. Again, the villagers exude their unique personalities, where one might be afraid of the mysterious Japanese stranger asking too many questions while another may find him absolutely charming, and all have their own respective schedules to keep. 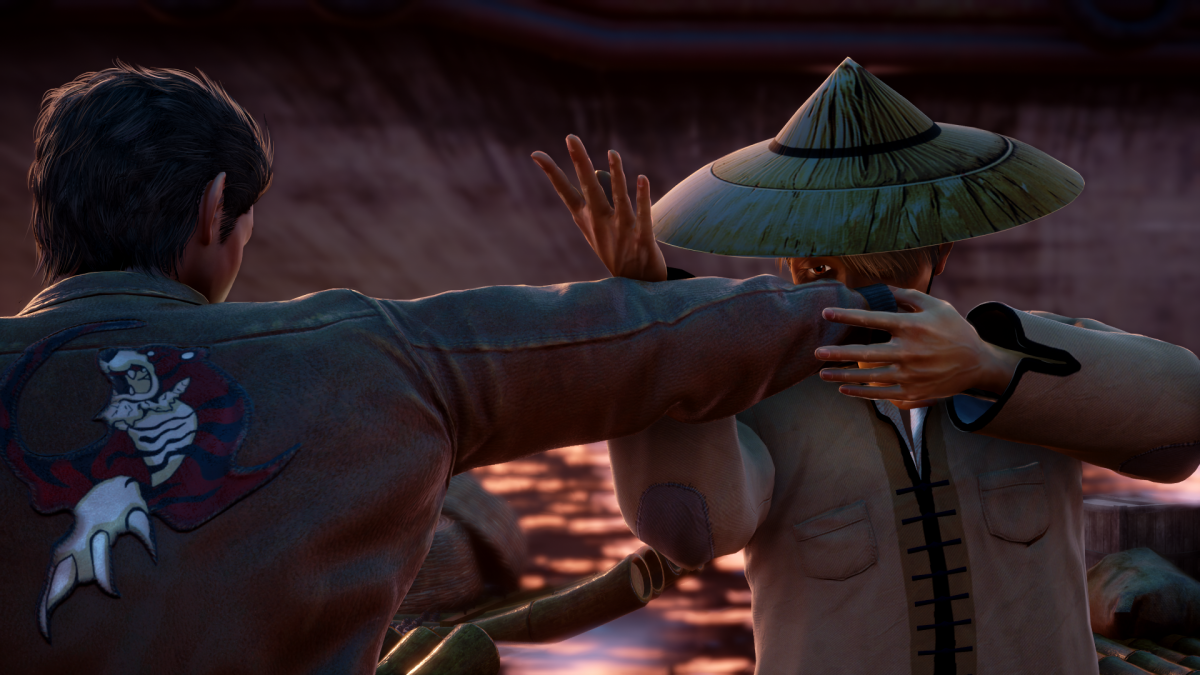 If there’s one meme that anyone might recall from the Shenmue series, it’s the voice-acting, and I’m delighted to say that Ryo’s original voice actor is back on board for Shenmue III. Again, it’s like Yu Suzuki stored all the key parts in a closet somewhere, pulling them out again for this all-too important piece of gaming culture. The music is exquisite — in fact, do yourself a favor and keep Shenmue III on pause for awhile and just chill to the contemplative track featured, as any stress you may be feeling will melt away as you’re transported to a peaceful Chinese village. Simply captivating.

Now, I know I’ve described the world of Shenmue as small, but that doesn’t equate to uninteresting — between martial arts training, chopping wood, fishing, and enough festival gambling games to make Vegas take note, there’s plenty for Ryo to do. Of course, you’ll have to squeeze all those extras in around actually solving your father’s murder and your companion’s father’s disappearance, so… there’s that. But rest assured, you’ll be busy for days — literally, because, as you may recall, time passes in Shenmue III. 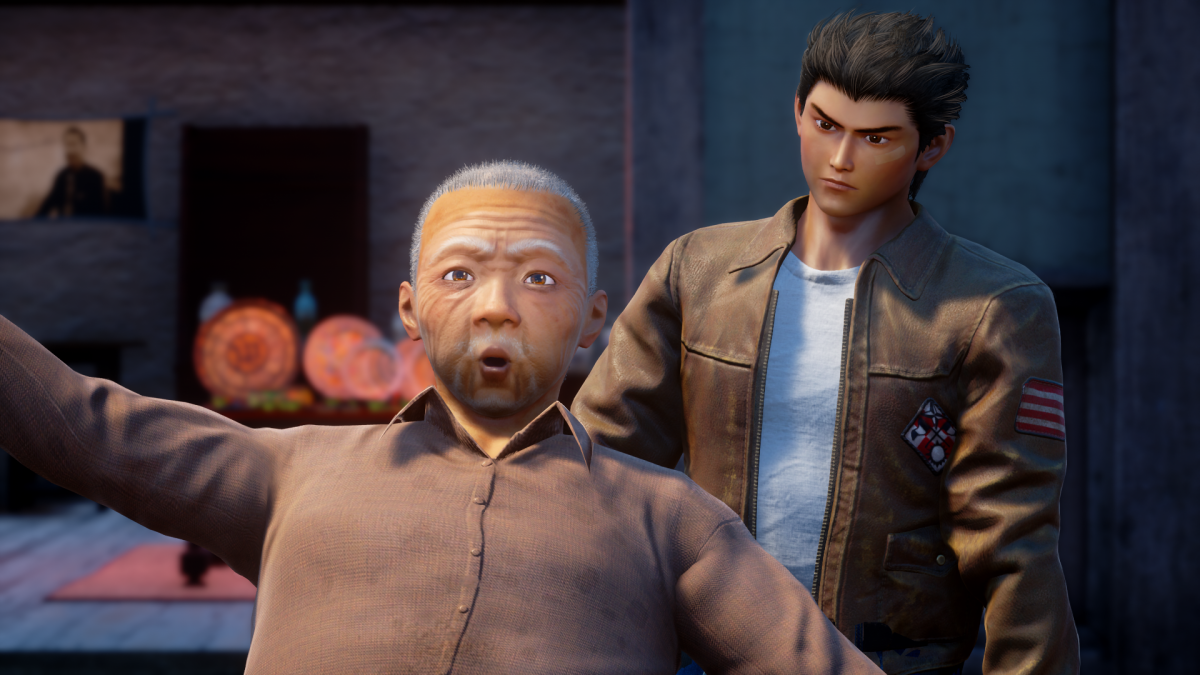 If there’s one thing I simply must talk about while reviewing any Shenmue game, it’s the meticulous attention to detail. Beginning in the quaint Chinese village of Bailu, I immediately noticed the red papers hanging from Shenhua’s home with the character, “fortune” hanging upside down. Hanging it upside down is not a mistake, and is actually a play on words — by turning it upside down, it becomes “fortune has arrived”, a pun that invites wealth to the sign-owners. The gambling’s convoluted reward system, to my delight, was familiar to me through another hobby of mine — pachinko — wherein gamblers buy pachinko balls, earn more through playing pachinko, go to another facility to trade balls for prizes, then go to a third facility to trade prizes for money. Those little culture-injections added to the realism in a way that puts other so-called open world games to shame. 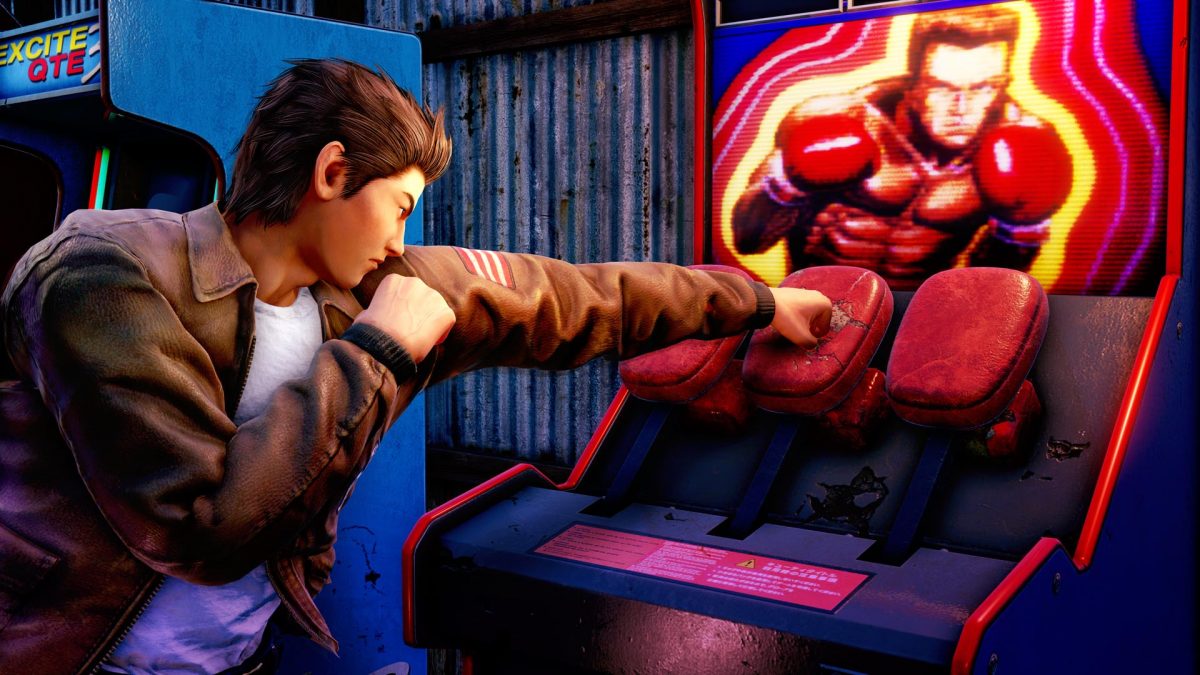 Of course, it couldn’t possibly end there — players who loved venturing into the arcades in Shenmue I & II will be able to do the same here, with actual Sega games on offer yet again. Challenging the monks in Bailu will yield a mini-cutscene of each monk showing off his moves, which, to the trained eye, reflect the different styles of fighting. And while the NPCs won’t be winning any beauty competitions, players won’t be able to ignore the fact that they’re all incredibly varied, with different heights, body shapes, ages, and voice acting. There’s so much diversity and richness jampacked into such a tiny space that it’s difficult stop exploring! 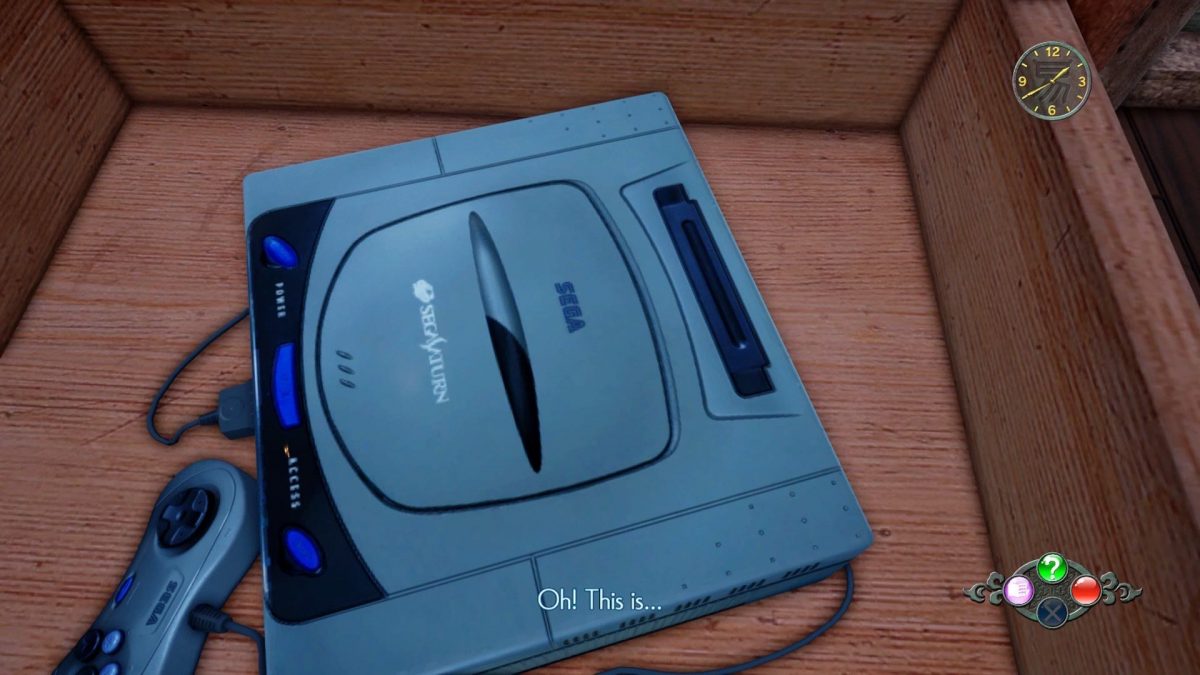 So, the big question — does Shenmue III feel dated?

The answer is… hard to say. For one, it definitely still employs some mechanics that you’ll be hard-pressed to find in today’s games, such as quick-time events, and even though there’s so much to explore, Ryo is focused, and he won’t let you venture too far off from the goal, meaning certain areas will be off-limits during certain times. For gamers who didn’t grow up with a PS2, I question their ability to return to this era of gaming… 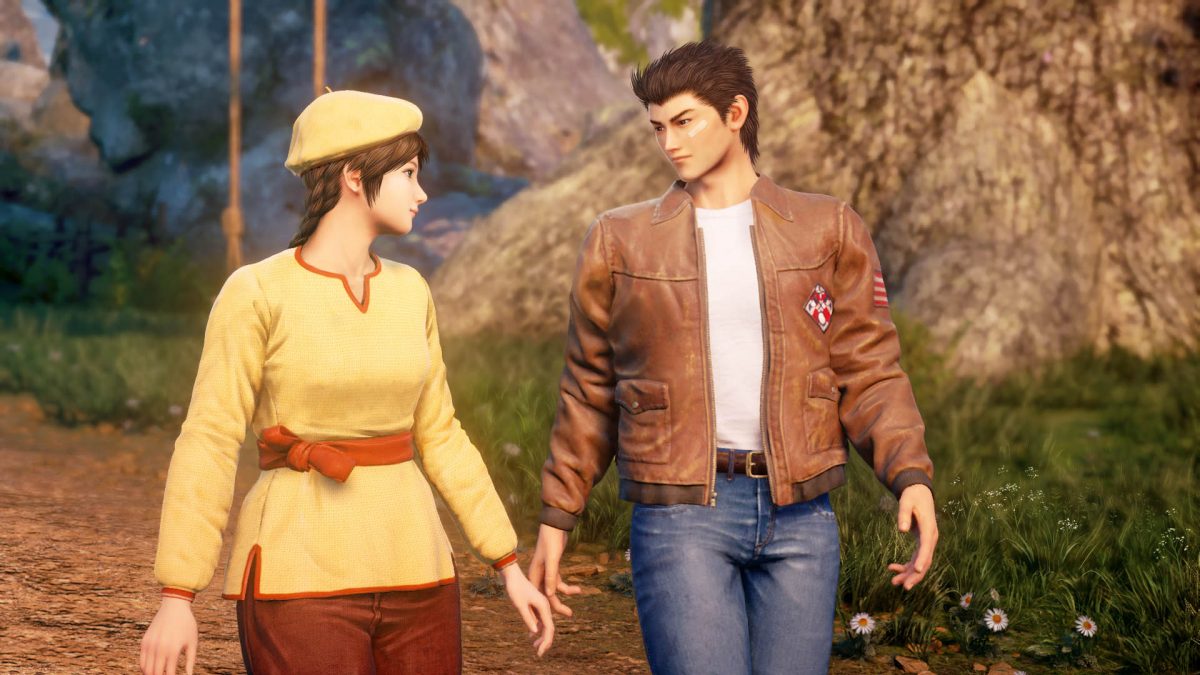 …but for those of us who cut our teeth during this generation of gaming, it’s as if your favorite band released another album during the height of their glory days, only this time they catered all the songs to be to your tastes instead of having two or three great tracks with nine other weird ones tacked on. Yu Suzuki and the team listened to fans, gathered feedback on what worked and only offered quality of life updates to fix what didn’t. To be blunt, Shenmue III is a testament to what a team can create when every single person loves the project as intensely as its visionary, and, when working together as one, can strike the delicate balance between innovation and staying true to the already perfect masterpiece. 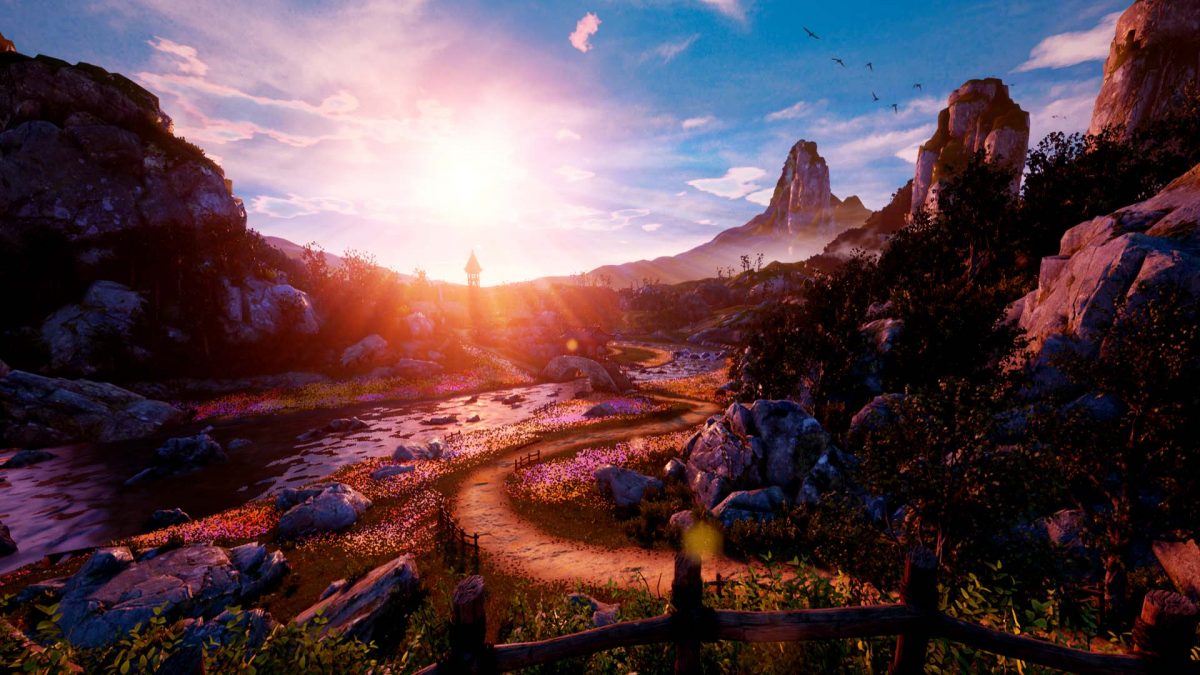 So, who is Shenmue III for, exactly?

Shenmue III is for anyone who looks back on Dreamcast and PS2-era games fondly. It’s for anyone who loves semi-realistic RPGs or who wants something new in a world full of dungeon-crawlers, post-apocalyptic wanderers, or space cowboys. For anyone who thinks there’s a wealth of untapped potential in the not-too-distant past when it comes to storytelling. Who romanticizes the mundane in the same way Miyazaki movies capture the magic in minutiae. Who grew up in 1987 Japan, Hong Kong, or China and wants to walk familiar roads. Who loves the 80s. Who loves martial arts. Who loves Asia. Who loves video games as a whole.

And, according to a man both simultaneously from the future and the past:

“I knew it could be hard, but the important thing for me is that this game is for the fans, for those who are willing to support us.” – Yu Suzuki

To Yu Suzuki and the artisans who poured their heart and soul into this beautiful game, thank you, from the bottom of my heart, for crafting this magical experience and continuing the saga of Ryo Hazuki.

And to anyone still reading this and not yet purchasing Shenmue III — what the f*ck are you waiting for?

Editor’s note: This review is based on a retail copy of Shenmue III given to the reviewer by the publisher. 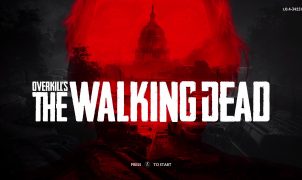 A Fan’s Dystopia   I honestly didn’t watch more than a few episodes of The Walking Dead TV show and haven’t read the comics. That wasn’t because I didn’t like…