God may be dead, but the hunt for His corpse is alive and well. 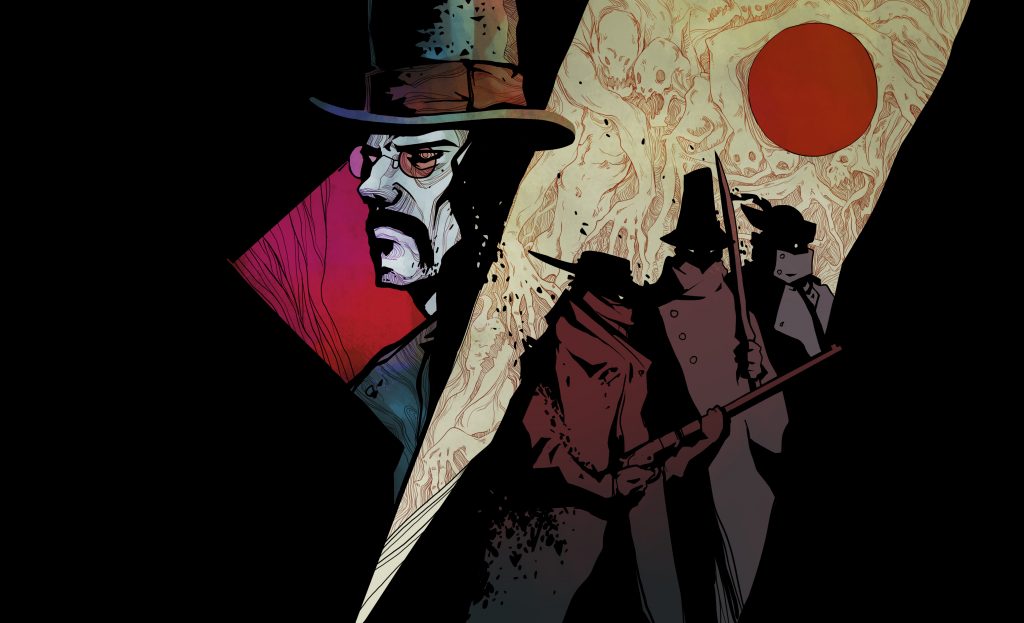 That’s a fact — and one that’s dramatically changed the landscape of this world for some time.

The monsters, which grow stronger in number by the day, seem to be connected to God’s corpse somehow.

Now, the Hunters, shunned by humanity, must be the ones to save it.

So begins the premise of Alder’s Blood, a stealth, tactical, turn-based steampunk Victorian western — a lot of adjectives packed into one title, certainly, but this one’s full to the brim of personality, style, and fun. 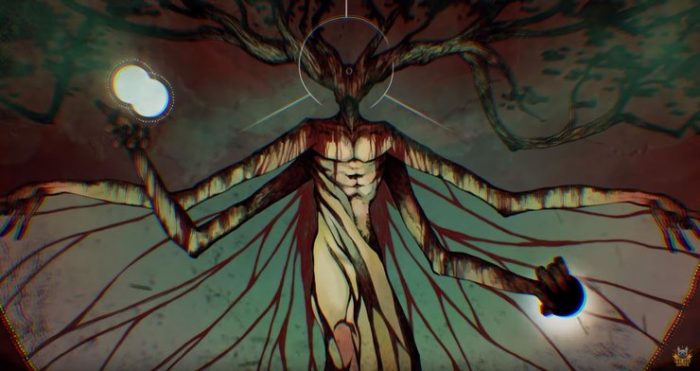 The short version: Alder’s Blood is gritty as hell and just as entertaining.

Where do I even begin? How is this possibly an indie title when it has the feel and finesse of a AAA game? If this is the direction indies are headed for in the next decade, I’m absolutely all in.

The gameplay is complex, but players are eased into it through a pretty interesting tutorial. You play a lone Hunter — a human-like being with an otherworldly sense for monsters — who believes he’s found God’s corpse, or at least something that will point him in the right direction. Players move from A to B while either avoiding enemies or quietly disposing of them, hiding in the tall grass or behind fallen logs. As it is turn-based, players will watch as their character settles into a hidden spot, only to hold their breath as monsters prowl for their next meal. 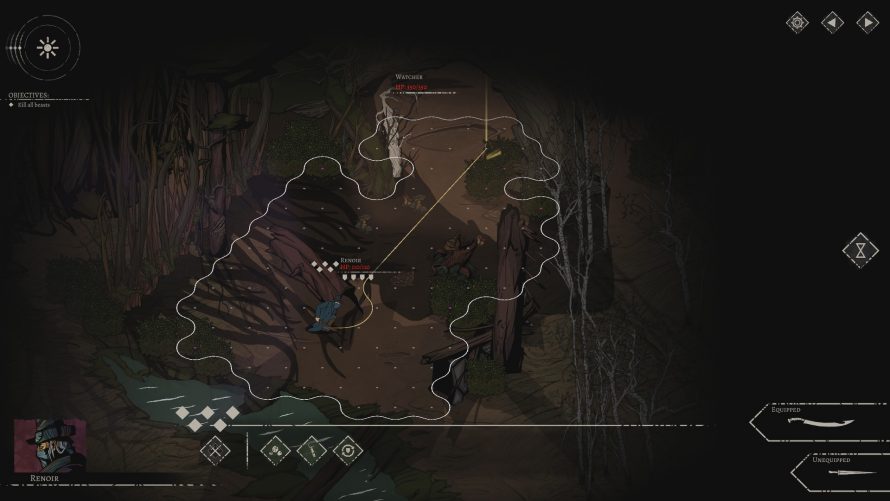 After the tutorial, players take on the role of a small group of hunters who ride out to find their missing friend (the one you played in the tutorial), running into even more enemies along the way. Instead of one character to control there are now three, with different weapons, items, and tactics to learn. Strategize wisely — throwing a net over a moving target will keep it immobile, but the monster may call out for its comrades if it sees you, and then you’re in a world of trouble. Throwing a pebble in a different direction might lure a monster away from you, but be careful — another monster might have seen you throw it. It’s absolutely riveting.

In between battling baddies, the group camps out, taking the time to change equipment, craft items, and take on necessary tasks, such as guard duty. Depending on the situation, the entourage may move out to complete quests or enter a town to talk to the humanfolk; be warned, though — sometimes your kind aren’t welcome around those parts, and it’s also worth noting that travelling will reduce your food and supplies. Best to keep that in mind while roaming the land for God’s rotting corpse. 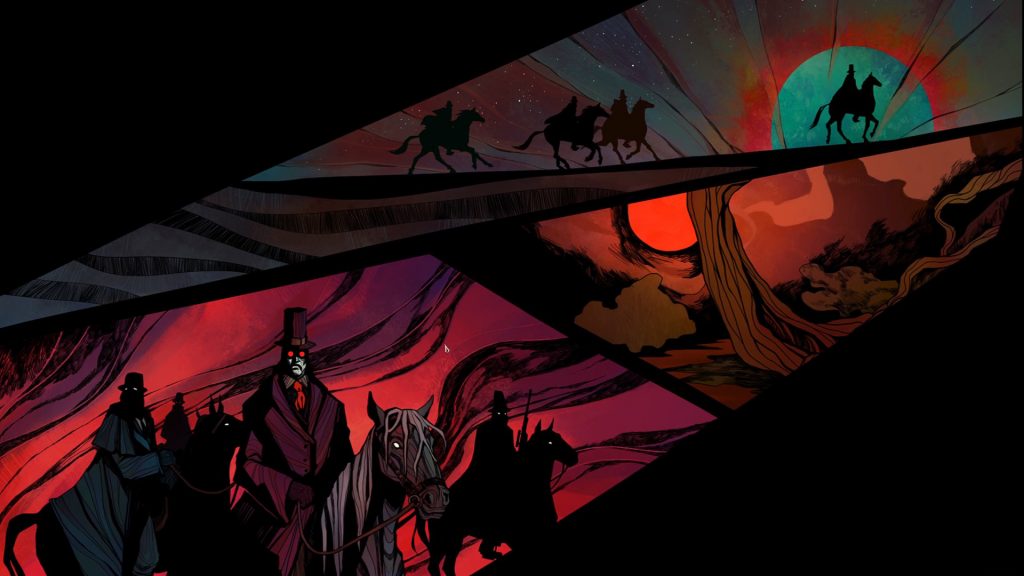 Every single thing about this game is absolutely top tier. The visuals are S-T-U-N-N-I-N-G, the music is perfection, the sound effects are spot on, the controls are intuitive, and the gameplay is exceptional. I can’t rave enough about this game.

Perhaps my favorite part about Alder’s Blood, though, is the wind mechanic — it’s such a small thing but it adds a twist that just elevates the gameplay to a completely new level. Basically, if the hunters will remain hidden in the tall grass, bad guys can’t see them, right? But if the wind changes direction and is now blowing towards them, they’ll come running to you and dish out some hefty damage. And because the wind’s direction changes every turn, you might be safe one minute and dead the next. It’s thrilling! 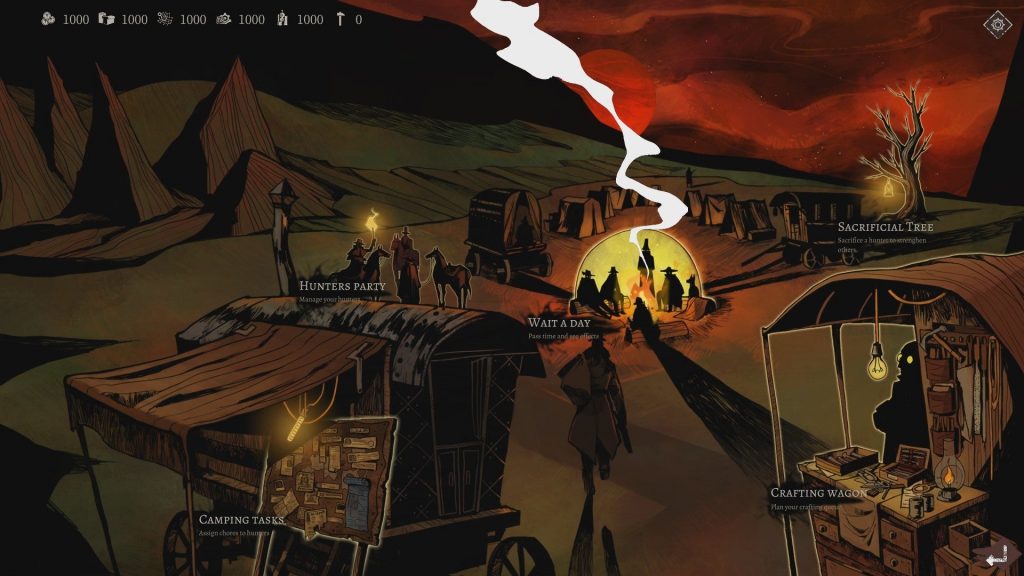 There is only one thing holding Alder’s Blood back from being a solid 10 out of 10, and that’s the writing. It’s riddled with typos. Of course, this spectacular title is still in beta, so there’s a chance the dev team will do a spell check on Alder’s Blood. I won’t focus on it here in the hopes that they do — it’s not illegible, but it’s exceedingly noticeable to the point where it’s pretty disappointing considering everything else is top notch.

Overall, I’m excitedly waiting for the release of Alder’s Blood, which, according to their successful kickstarter, will release for PC, Switch, PS4, and XBox One. Be on the lookout for this one — the hunt for God’s corpse begins in 2020.