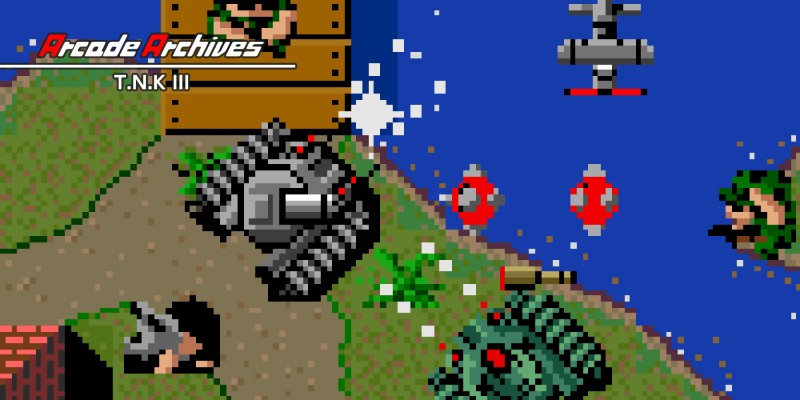 Originally released in arcades in 1985, TNK III is a vertically-scrolling action title that puts players in control of Colonel RALF  (of Ikari Warriors and King of Fighters fame) as he rolls across a small island nation, battling waves of armored infantry and heavily-armed grunts in an effort to destroy the enemy’s top-secret weapons facility.

As with the rest of Hamster’s Arcade Archives offerings, TNK III is available on the PlayStation Store and Nintendo Switch eShop for $7.99.

Will you be adding this often overlooked shooter from SNK’s pre-Neo Geo days to your library? Sound off in the comments below and let us know.