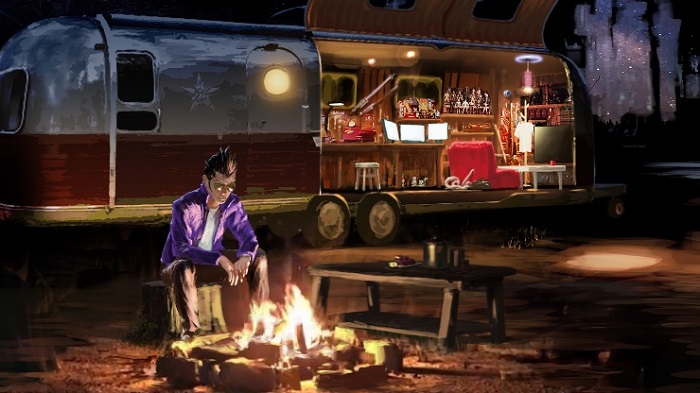 I’ll cut to the chase: there are exactly ZERO reasons why you shouldn’t get this game.

That question was rhetorical, because we all know the answer — of course not.

Still not convinced? Fiiiiine. I’ll take a break from getting my ass absolutely handed to me in “Life is Destroy” (damnit Jeane, why did you have to hide in THAT game?!) and explain why Travis Strikes Again: No More Heroes Complete Edition (base game + DLC extensions Black Dandelion and Bubblegum Fatale) definitely belongs in your Steam library. 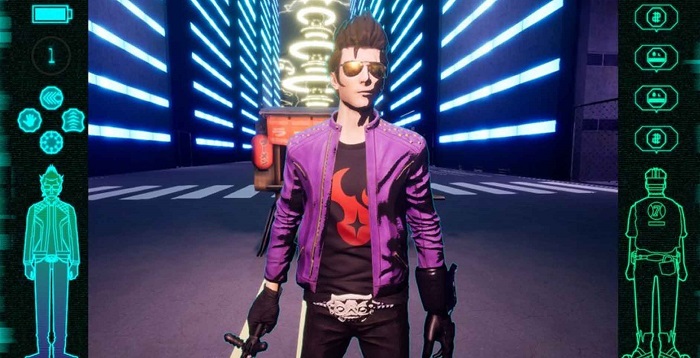 The opening cinematic sets the scene — Badman has been given a legendary video game cartridge known as a Death Ball and an ultimatum: kill Travis Touchdown and bring his daughter back or be killed. Luckily for Badman, this is exactly what he’d been trying to do for the past 10 years, as his daughter, Bad Girl, was slain by Touchdown in the first game. Seeking revenge, Death Ball in hand, he sets out for Texas, where the reclusive assassin has been hiding out.

After finding Touchdown’s secret location, Badman chokes up on the bat and tries to knock Touchdown’s head off his body and outta the park — only to discover the deadly assassin had been waiting for him. The two go head to head until, suddenly, Touchdown’s ultra-rare console, the Death Drive MK-II, sucks them into the system and puts them right into the middle of digital action — all thanks to that Death Ball Badman brought. 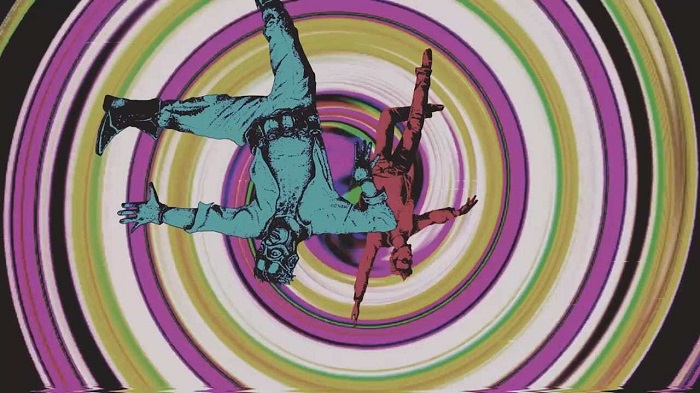 Although the bulk of the games² are top-down action/adventure on some rails, they all have different environments, storylines, and overall play like completely different games — a lot like how both the Mario Bros. and Donkey Kong games are part of the same genre but feel pretty different. In Electric Thunder Tiger II, Touchdown must travel to the dystopian year 2223 and do battle with his personal hero, Electro Triple Star (the protagonist from Touchdown’s favorite arcade game, Electric Thunder Tiger). In Golden Dragon GP, Touchdown is transported into a tiny Japanese apartment with little more than a toilet and a VR set, which he then uses to transport himself into the actual game (meta) — an extremely linear yet surprisingly difficult motorcycle racing game focusing on shifting gears at the right time. 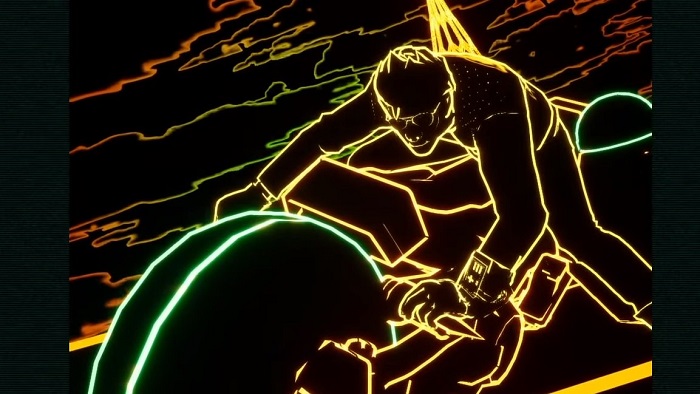 In between games, Touchdown must explore the world to find all the never-released Death Balls, which treats players to an additional game within a game (sorta) in the form of an 8-bit visual novel. With only his trusty talking cat Jeane at his side, Touchdown must collect all Death Balls because, as the legends have foretold, a player can get his one wish granted. Touchdown is honestly just in it to collect these ridiculously rare game cartridges, so he’s all set — Badman, on the other hand, needs to resurrect his daughter, so he tags along as the optional player 2 throughout this ordeal. 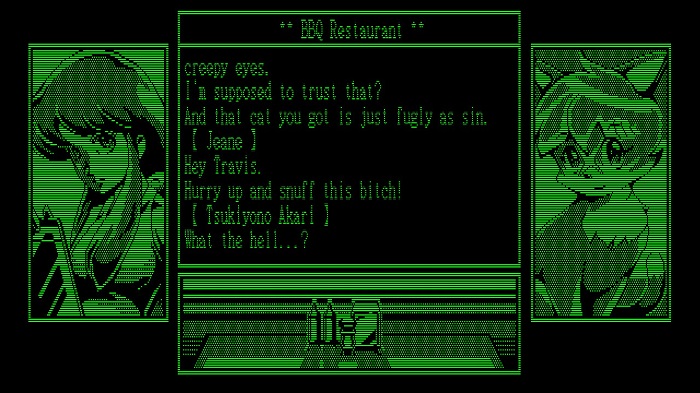 Game after game after game, Touchdown and co. slash pixel baddies with bug-themed band names like Bugstreet Boys and Bug Bug Sputnik (I SQUEALED at this name, Sigue Sigue Sputnik fan here), slurp down Earth-shakingly delicious ramen (yet rate it poorly on the titular character’s blog for the consistent lack of beer each and every time), and shop for tee shirts (a vast improvement over fishing them out of dumpsters a la No More Heroes). It’s lather, rinse, repeat until Touchdown gets to the very last game… which, actually, isn’t a real game per se, rather a method of teleportation to the CIA’s office where the console’s creator is waiting for him.

It’s a long story, and one that barely makes sense. But honestly, that doesn’t even matter for a No More Heroes game, so it’s best to just roll with it. 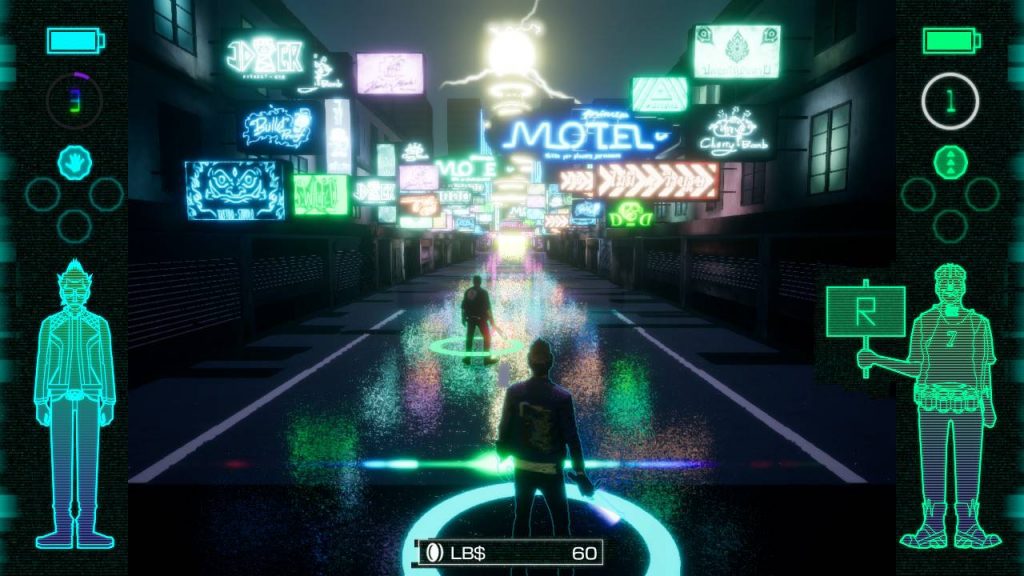 The single greatest aspect of Travis Strikes Again is a bit cliche, but rings true, and it’s the love of both games and gamers that oozes out through each line of dialog, each baddie name, each beautifully composed song, and each not-so well hidden Easter egg. In an age where some companies seem more interested in squeezing pennies out of players than touching hearts, Suda51 and team yet again prove that they’re gamers at their core. There are so many details in this game that could be easily missed at first glance, so with this being my second playthrough I was able to get a better grasp on the overall storyline and random pieces of information I passed over the first time around. 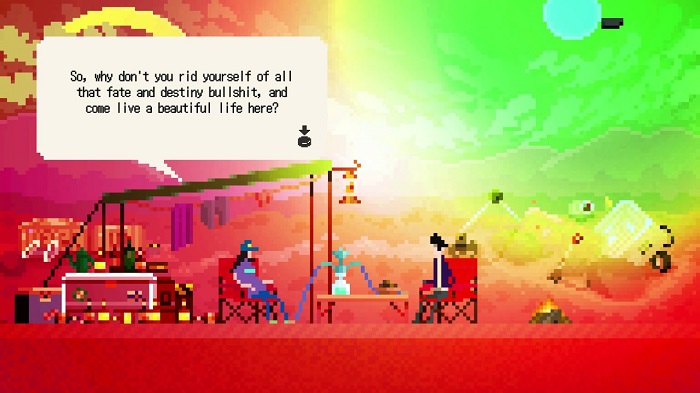 For example, there’s a gaming magazine that reads exactly like print gaming magazines do, complete with working cheat codes that players can actually use and wild pre-release speculations about what each Death Ball is supposedly like. Touchdown’s blog has targeted web ads that rotate if you sit idly on an article. The dev team leaned heavily into the many different sides of Touchdown’s personality — in one scene, he’s talking philosophy with a virtual man he’s about to kill; in another, he’s practically drooling over kobe beef hamburgers despite hating eating out; another, he straight up just swims from Japan to Texas (like you do). 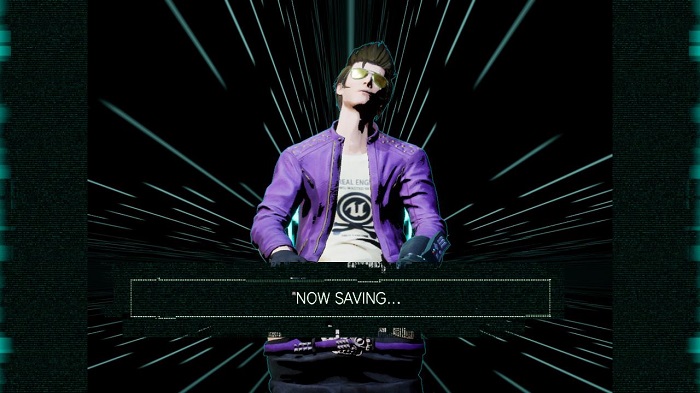 One thing that I thought was a rare flaw at first ended up making sense to me later on and actually enhancing the experience for me: just before eating ramen, Touchdown loudly says “itadakimasu” and incorrectly pronounces the “u” at the end (it should be pronounced “itadakimass”). At first I thought this was an oversight from the voice actor, but then I remembered Touchdown isn’t actually Japanese, but a total otaku, and mispronouncing a Japanese word isn’t out of place for someone who speaks it as a second language. A small detail, but brilliantly executed — honestly that sentence alone sums up most of the game. 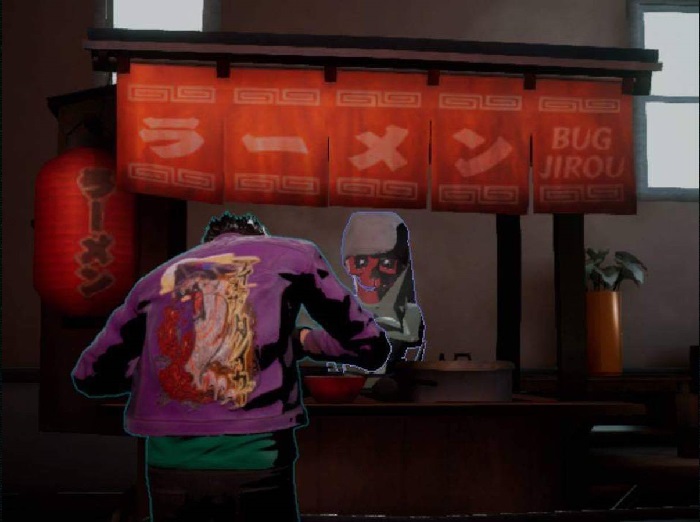 At this point, what haven’t I praised? There are so many types of coins, shirts, and menu items to collect. The visuals are an absolute delight and can change depending on the game; overall, I’d say they lend themselves to a retro/synthwave vibe. The music builds upon what made the previous games in the franchise great. One standout in particular coming to mind; it sounds just like the main theme from the poignant show Midnight Diner:Tokyo Stories and sums up the raw, sudden depression one can feel sparked from foods that do not bring joy:

Yesterday’s rice was hard…even though I asked for it soft.
My side dishes, nothing but pickled stuff…My excitement just lowers.

Tomorrow should probably…bring a better day than today.

Today, pizza for breakfast…cold leftovers from yesterday…
For some reason, tears well up. I leave the remains and leave the room.

Also, a big HELL YEAH TO SHADOWS OF THE DAMNED! It was an absolute treat to see Garcia Hotspur and Johnson again. Are we getting a sequel, devs? Tell us! 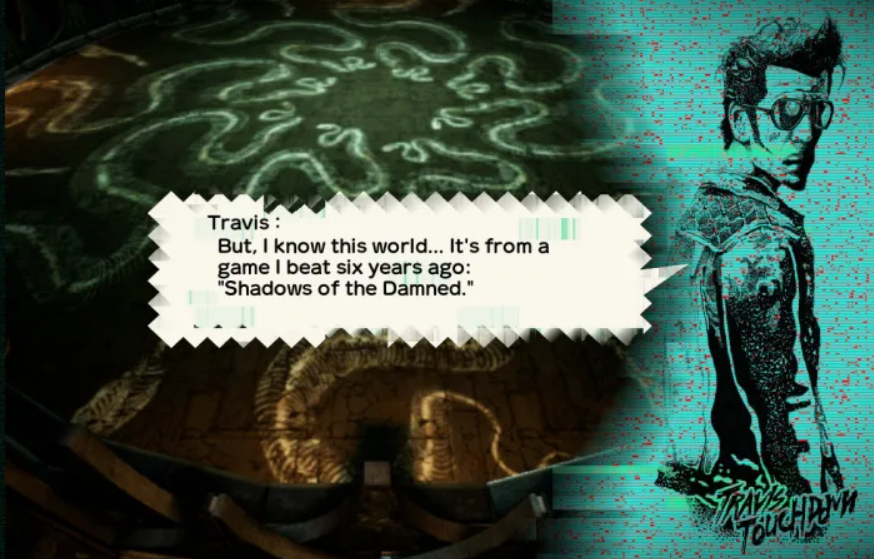 After playing this masterpiece on both the Switch and PC, I will say one thing — the Switch controls are far more intuitive than the default PC controls. I cannot, for the life of me, forsee myself completing a playthrough on the default PC controls. Do yourself a favor when you grab this game and change the controls to something that suits your hands and brain better. You’ll thank me later. Thank God the one and only negative thing about this game is totally optional.

Without a doubt, there is so much love and passion packaged into each and every No More Heroes game, and Travis Strikes Again: No More Heroes Complete Edition is no exception. Whether you’re a fan of the series or just ready to try something completely new, you should absolutely grab a copy of this insanely glorious beatdown. If anything, it’s guaranteed to be one of the most unique games you’ll play this year, so go ahead and dig in. Itadakimasu!

Editor’s note: This review is based on a copy of Travis Strikes Again: No More Heroes Complete Edition given to HeyPoorPlayer by the publisher. 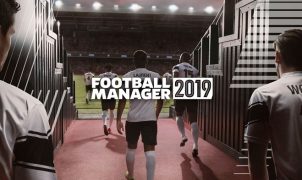