The Legendary Match-3 Series is Back on Nintendo Switch 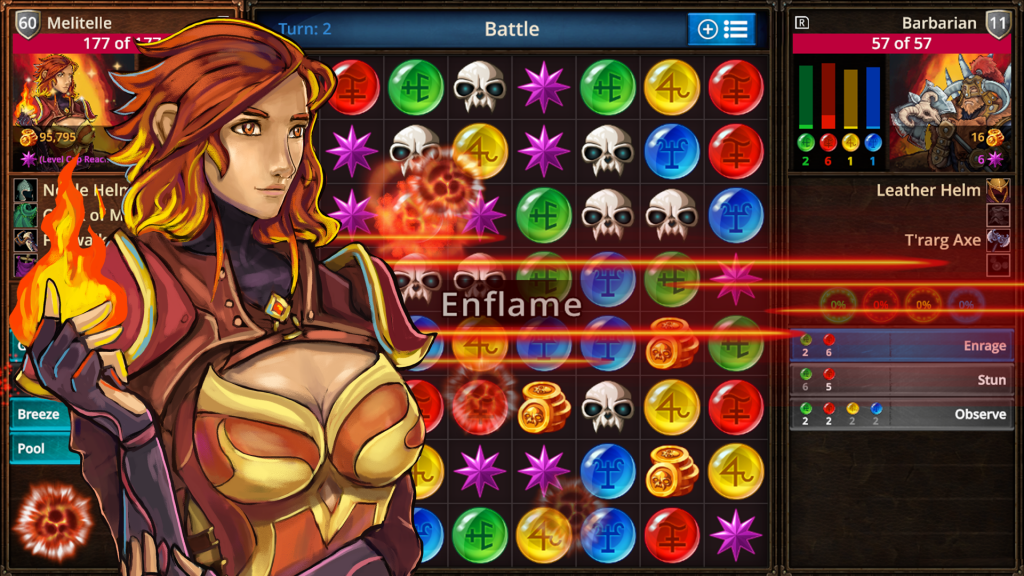 If you were to look at the history of Match-3 games as a whole, you wouldn’t be able to pin down exactly what makes a good game stand out. Bejeweled Blitz was perhaps one of the first in the genre on everyone’s radar, yet it was mobile sensation Candy Crush that took it to the next level. What both of those lack, however, is an interesting storyline; that’s where HuniePop arguably comes in — okay fine, maybe it’s more of a dating sim, but the fact that a match-3 is a dating sim — and a fun one at that — is impressive.

And then there’s Puzzle Quest. The first in the series, Puzzle Quest: Challenge of the Warlords, was released on the XBox 360 back in 2007 and is often used as a shining example of just how fun match-3 games can be. 12 years later, Puzzle Quest: The Legend Returns brings fans back into the realm of fantasy and connecting three in a row. A match made in Middle Earth, surely! 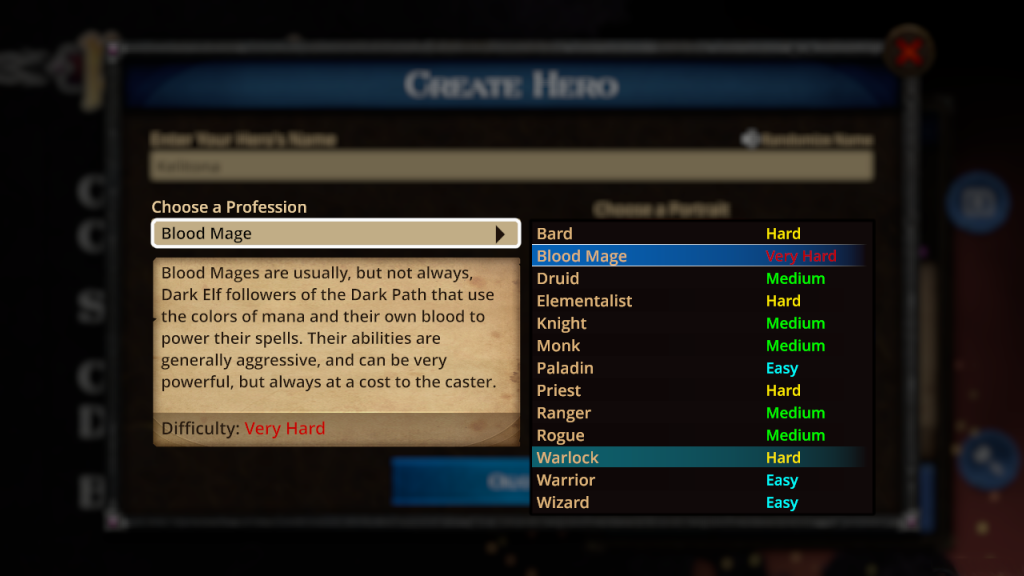 You begin by selecting your desired profession — each one marked as a different difficulty level. Newcomers to the series will do well with the wizard class, while battle-worn veterans might give blood mage a shot. After that, it’s off to the basics. Standard match-3 rules apply with seven total tiles to play with. The four mana tiles — red, blue, yellow, and green — add mana points for various spells your character can cast, the purple stars yield experience points, the gold coins gift gold, and the skulls deliver a painful blow to enemies.

Once you’ve got the hang of the mechanics, it’s time to save the world. Learn from the Queen of Bartonia that there’s trouble brewing in the kingdom — the undead are appearing in force and the orcs are exhibiting unusual behavior. On top of that, the usual medieval drama persists, such as brides-to-be needing escorts, caravans needing protection, and the occasional spider or harpy needing removal from sacred sites. You know how it is. 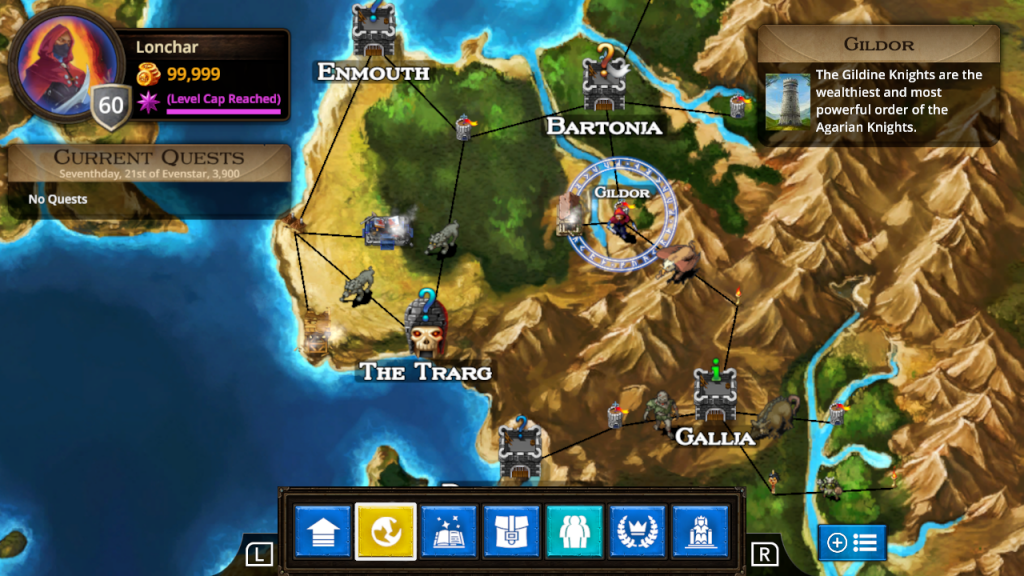 And with that, brave hero, you set out on your selected quests (up to four at a time) to rid this mythical landscape of evil creatures and ne’er-do-wells. The overhead map slowly fills in more and more locations as you select quests to complete, and routes between them fill up with enemies to battle along the way. This not-so-random battle mechanic may seem annoying at first, since you must beat them to progress, but it ensures that you’re leveled up enough before hitting major questlines hard.

The battles themselves are where the match-3 mechanics come in. Players will find the mechanics easy to learn but hard to master — a tired cliche, certainly, but one that holds true in this title. This is because matching the colorful tiles don’t actually cause any damage to the enemy outright — no, matching tiles is, for the most part, mana collection. After matching enough tiles and collecting enough mana, players can then use said mana to cast spells and perform other actions that will ultimately defeat their opponents. 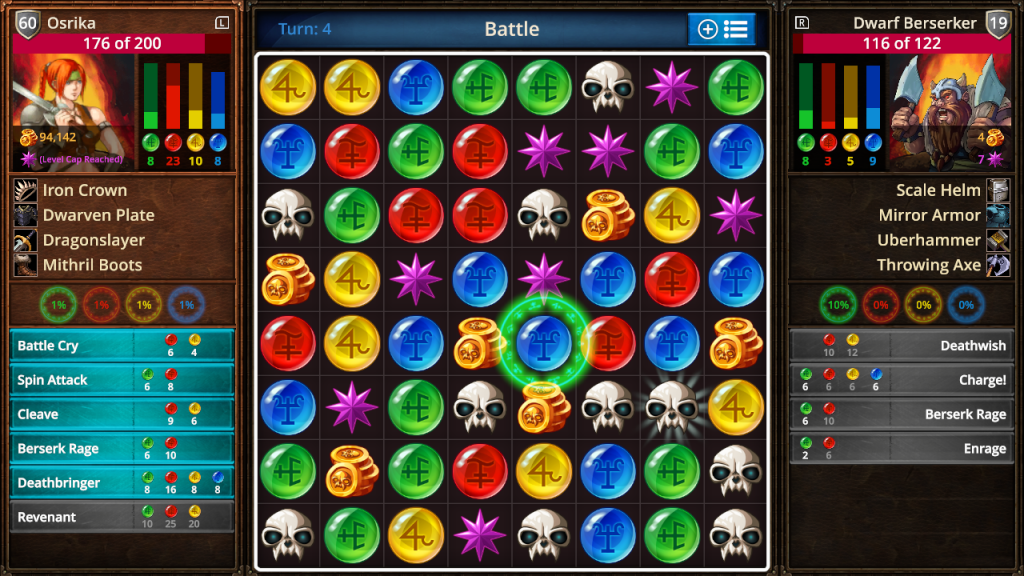 Matching three in a row will collect mana, gold, experience points, or deal damage (depending on the tile), while matching four in a row will do the same and throw in an extra turn. Five in a row does all of the above and also grants a wild card tile, so be sure to snap those up wherever possible.

Players who stick to the basics of match-3 games will quickly hit a wall when it comes to harder enemies — there’s more to this match-3 game than just matching tiles. In Puzzle Quest, it’s all about equipment and leveling. Each time you gain a level, you gain four skill points to use towards leveling up different character modifiers. Upping your cunning will result in you going first in most situations, while improving your various mana levels will increase your mana collection rate and boost your chances of randomly getting additional turns. Portion your points out carefully — once you hit about level 10 you start leveling up at a slower rate, meaning you’re stuck with choices you can’t balance for quite some time. 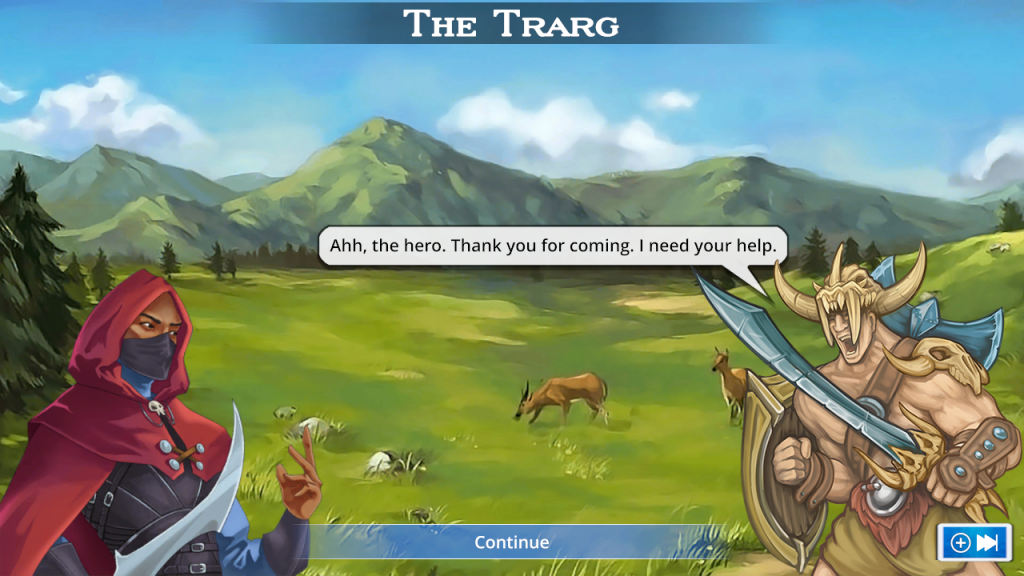 Where the match-3 mechanics play seamlessly, the RPG aspect feels ever-so-slightly tired. Not terrible, mind you, but not absolutely riveting either. This could be in part due to the fact that you can accept quests as you please and complete them in any order — I just didn’t find myself captivated by the storyline. Still, that’s not really why anyone is playing a match-3 game, right? At the end of the day, the storyline is pushing the match-3 mechanic through, not the other way around. And in that sense, it’s exactly as it should be and is doing its job correctly.

One standout that surprised me was the music; most battle tracks are a bit heavy-handed and are meant to portray intense action. This was true for Puzzle Quest, but instead of being at max power, it was toned down a few notches, which is honestly perfect for a game more about strategically planning your next chess-like move than Leroy Jenkins-ing your way through a dungeon. It just worked — flawlessly.

I didn’t expect to love Puzzle Quest: The Legend Returns as much as I did. At first glance, it was a game I figured belonged with other match-3 mobile games that usually had microtransactions, cool-down times, and other frustrating “features” that tend to plague the genre. Imagine my surprise when I found myself setting aside other games and even forgoing sleep just to play one more round, defeat one more enemy, or complete one more quest. Like Civilization’s “just one more turn” at 9 PM becoming “just one more game” at 4 AM, Puzzle Quest: The Legend Returns is bound to keep you happily tapping away until the wee hours of the morning.

Editor’s note: This review is based on a copy of Puzzle Quest: The Legend Returns given to HeyPoorPlayer by the publisher. 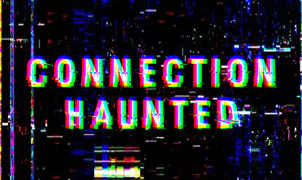 Ghost In The Machine I have to admit I was quite intrigued when a review copy of Connection Haunted landed in my inbox last week. Taking liberal inspiration from…