Who’s up for some monkey business? 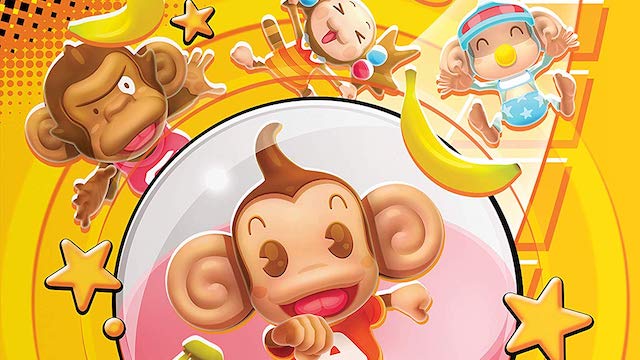 Fifty minutes — fifty long, arduous, fruitless minutes. I’ve only just reached the lava domain of Volcanic Pools, and clearly the simian gods have frowned on my trespassing upon this hallowed ground, for I’ve been condemned onto a suspended assemblage of perilous, ever-thinning rings. Countless times have I paid for my navigational sins by watching an innocent monkey — trapped within a translucent ball — helplessly fall to his fiery death into the molten pits below, and I’m left practically begging for an escape. Anything to rescue me from this wretched platform cluster, meticulously designed to shatter my hopes and dreams. Anything to rid myself of AiAi’s innumerable plunges and tortured screams into the blazing inferno. Anything.

If there exists a hell within the happy-go-lucky universe of Super Monkey Ball, I’ve surely found myself trapped within it. I’ve been left battered, bruised, and bumped around like an abused pinball — a desolation I’d thought abandoned long, long ago in the GameCube era. And my god, I’ve missed it. 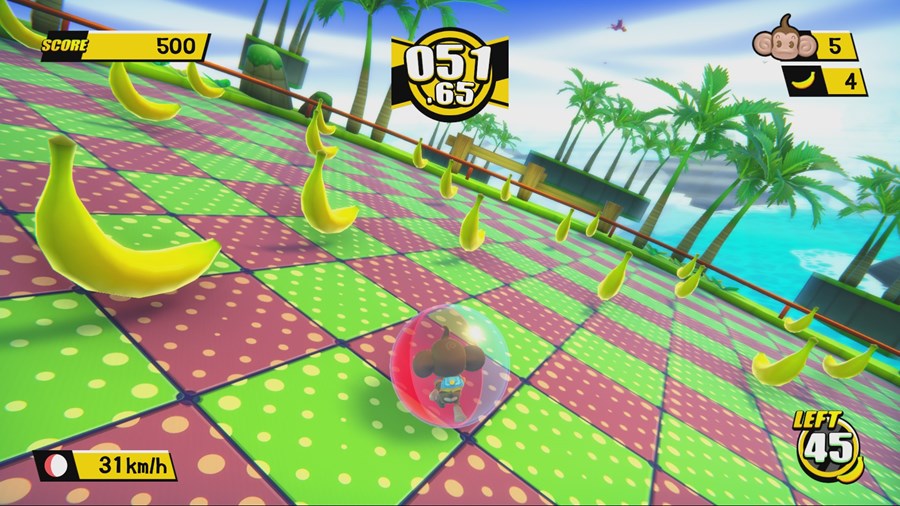 SEGA was kind enough to grant us a PlayStation 4 review copy of Super Monkey Ball: Banana Blitz HD: a remaster of the dormant series’ Wii entry. However, the passionate development team would quickly correct me in this being a remake, and I’d have no reason to doubt them, what with the shiny new UI, revamped soundtrack, and re-balanced levels. For reasons I can scarcely recall, Banana Blitz never clicked with me at its 2006 release — a dismissal mutual among many series fans, who felt the motion controlled-interface never captured the magic of the GameCube classics. (That’d be Super Monkey Ball and Super Monkey Ball 2: famous for brutal difficulty, thrown controllers, and late-night multiplayer parties.)

That SEGA would instead choose to revisit a more divisive entry — one some may dare say marked the series’s downfall — certainly raised some eyebrows, but I’m open to second chances, especially if they pave in-roads to a potential series revival (or, better yet: remasters of the first two games!), so here I am. Gone are the motion controls in favor of precise control-stick movement — as observant fans have long since recognized, we as players are actually tilting the stage rather than AiAi and co., although the illusion of movement is bolstered by Banana Blitz’s introduction of the Jump command. Some Monkey Ball faithful reject this as sacrilege; myself, I’m open to new ideas, and I like to think its careful balance among momentum and direction perfectly accompanies the difficulty ramp. It’s familiar, it’s frustrating, it’s fun.

If only my fascination carried over to the multiplayer Party Games — players will likely recall Banana Blitz‘s original selection of 50 motion-controlled mini-games were the textbook example of quantity over quality, paling in comparison to its predecessors’ legendary get-togethers. While SEGA culled these botched duds down to ten, I’ve found the leftovers remain…well, serviceable. Yes, I’m partial to Seesaw Ball and Dangerous Route — balancing acts echoing Monkey Ball‘s core gameplay — but the rest either play off as bite-sized trivialities, inferior takes on beloved classics (This ain’t the Monkey Target you remember), or “just fine” attempts at familiar archetypes in shoot-’em-ups, snowboarding, etc. Further play may yield warmed impressions; admittedly, I’ve yet to touch Decathlon Mode: a sequential score-based gauntlet featuring all ten games.

I mean, this is okay, but we’ve seen better. 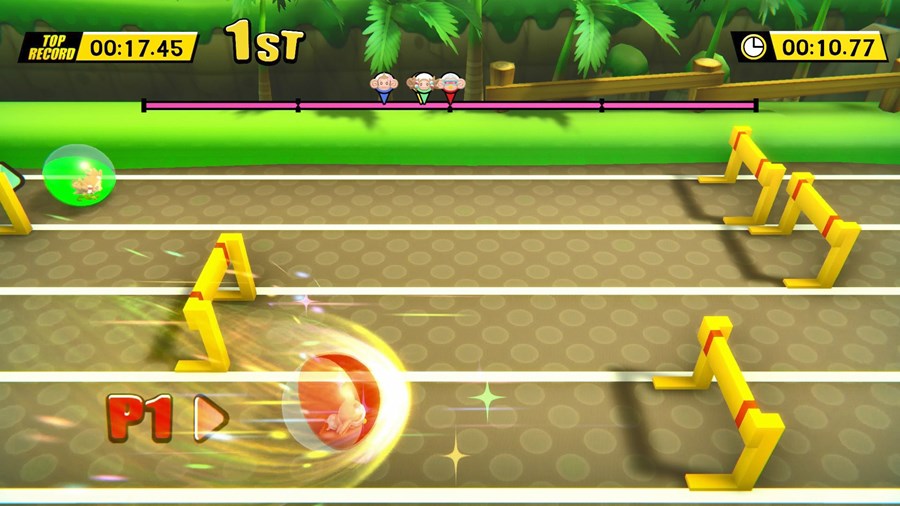 Meanwhile, for game music aficionados like me who’ve been following this remaster’s development, you’re likely aware SEGA ran into some licensing difficulties for Banana Blitz‘s music. Whatever issues those might be, I’m just as clueless as you are, but I’ve got some good news and bad news regarding that, with the latter being most of the original tunes have been axed. Given how superb the original soundtrack was, some fans will certainly be left disappointed, but the good news is that extra care was taken with the new music; of course, whether they’re better than the original selection is a subject for our future review, but at the very least, I’d like to think the infectious new theme‘s a real earworm. (And hey, even if the cut songs bum you out, you can rest easy knowing the fan-favorite Smooth Sherbert tune’s still in.)

There’s plenty more I could elaborate on — the world achievement system, for one, or how each monkey varies in stats — but we’re still figuring all that out, so look forward to a detailed breakdown and more when Super Monkey Ball: Banana Blitz HD rolls your way on October 29th. (And yes, while we’re covering the PS4 version, you can enjoy it on Switch and Xbox One, too. A Steam release for PC’s in the works as well.) In the meantime, can I escape Monkey Ball Hell? I’ve got only two weeks left, y’know… 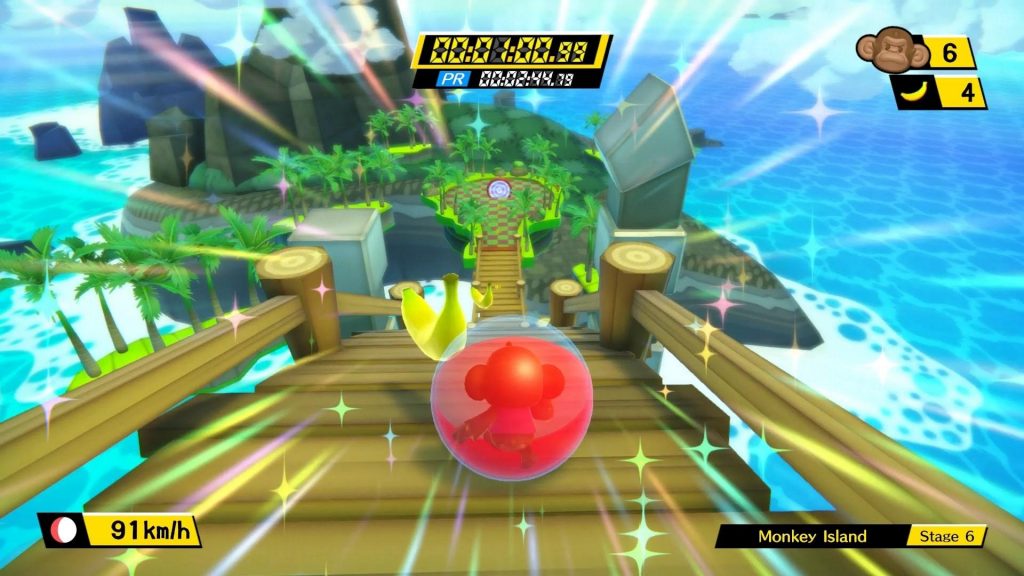 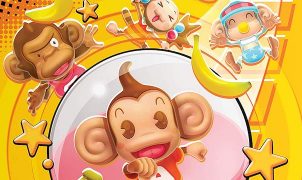 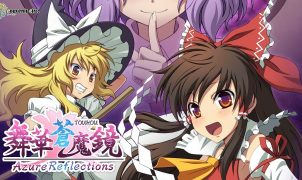