Is This The Souls Destroying Game It’s Made Out To Be? 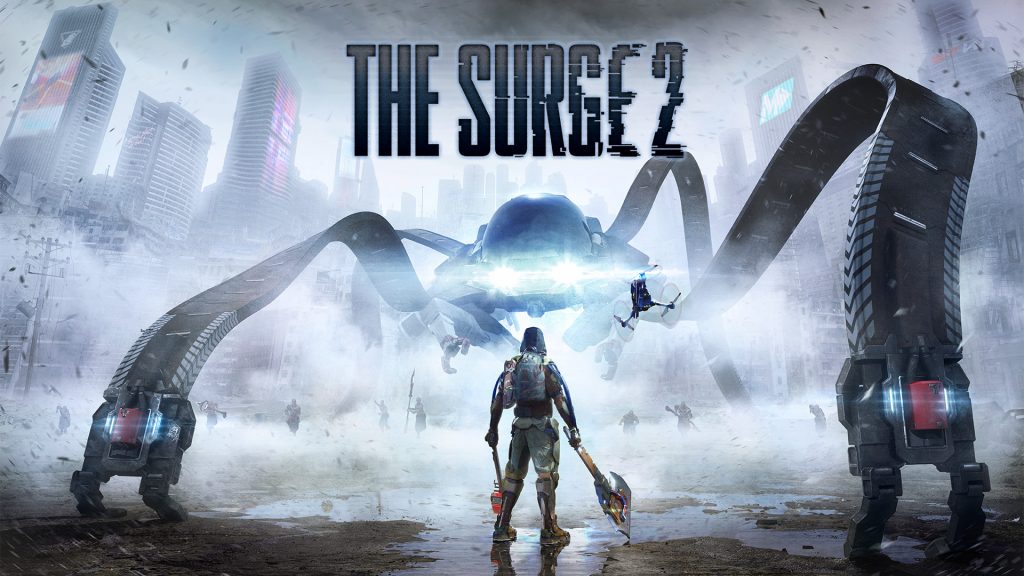 The Surge 2 is a scarcely disguised Soulsbourne clone. In fact, the camouflage that barely conceals Deck13 Interactive’s action-RPG is akin to the dodgy mustache afforded to characters in Guess Who. But dubious disguises aside, Deck13 Interactive’s latest offering, is a solid, entertaining and deep soulsesque experience. The only downside to the Sci-Fi inspired hack and slasher is that it has a paper-thin and meaningless story accompanying the experience.

The Walls of Jericho 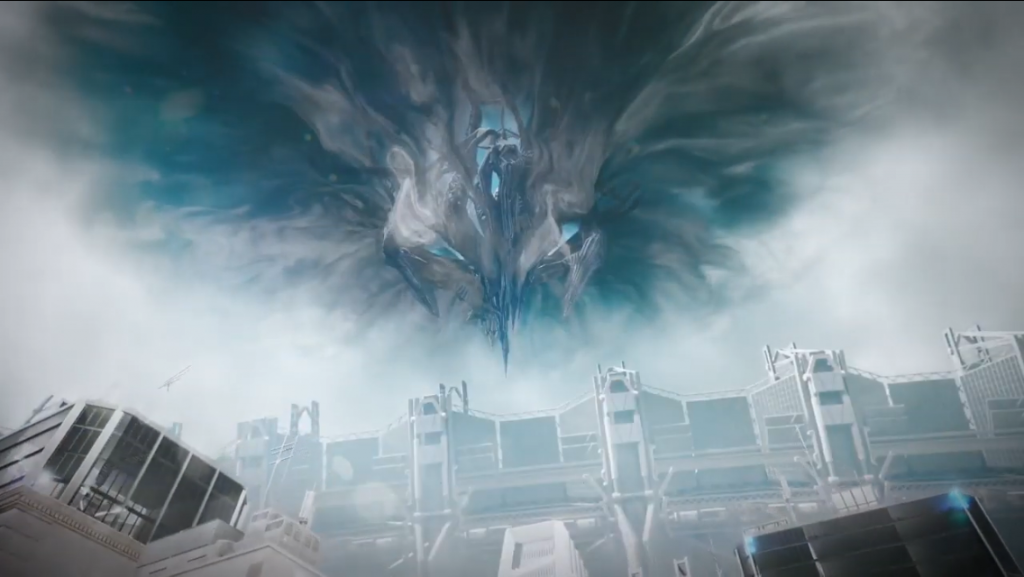 At the start of the game, you’re thrust into action as The Warrior, a silent protagonist that’s seemingly the sole survivor of a plane crash on the outskirts of Jericho City; a hulking metropolis that’s the last bastion of humanity.

The conurbation is surrounded by an enormous wall, serving the purpose of keeping the denizens of Jericho City safe from a nanite pandemic that has decimated humanity. Two months after the plane crash, The Warrior wakes up in a prison medical facility under attack by a gigantic worm-like creature, which aids his/her escape into Jericho City. Before escaping prison, The Warrior finds time to install an exoskeleton, imbuing him/her with a catalogue of exhilarating combat options.

Without spoiling the detail, the baffling, complex and weak plot is doled out by myriad poorly acted NPCs and collectibles. The key difference between The Surge 2 and its obvious inspiration Dark Souls, is that throughout FromSoftware’s games, I feel the Japanese developer creates a deep and fascinating world that makes me wonder more than anything else. Even today, as I write this review, I have questions about the cyclical nature of Lothric and its flame from Dark Souls; queries about the hunters dream in Bloodborne and I need answers about Ashina from Sekiro.

These are games, stories, and worlds that have stuck with me, even after playing the game and unfortunately, Jericho City – and by extension, The Surge 2 – doesn’t get anywhere near these beautifully designed worlds or stories.

Who Needs Story When You’ve Got Great Combat 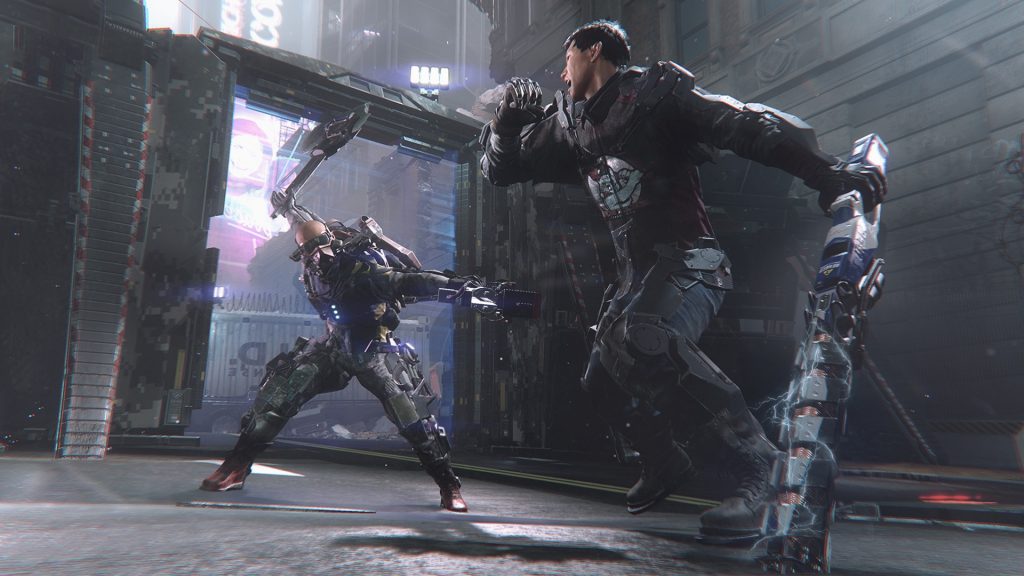 So, errm, what body part would you like to lose today?

Any fleeting interest you may have had in the story is immediately deleted the minute you earn your rig and start chopping off limbs, dismembering bodies and pulverising opponents with satisfying difficulty. Indeed, The Surge 2 is at its best when you’re engaging in grueling combat with enemies, exploring the myriad tools Deck13 interactive have imbued your character with.

Weapons and armour are broadly divvied up into weight, defining how quick you’ll strike your enemies in combat. If you’re the kind of player that likes to slip in, dish out a few sneaky slices and then step out, you can play that build. Likewise, if you’re a fan of being a big lumbering oaf but dealing massive amounts of damage; The Surge 2 has armour and weapons that help you fulfill that fantasy.

Combat is centred around managing your health and stamina and battery power. Any sort of movement, whether it’s blocking, parrying, dodging, sprinting or attacking, causes your stamina bar to drain. Confrontations with enemies are about juggling these myriad challenges, whilst simultaneously understanding your opponent’s movement and abilities. You’ll need to pay attention to the way they move, attack and react to your actions. Fail to take heed of these and The Surge 2 will punish you relentlessly because bad guys hurt – a lot!

Unique to The Surge franchise is its limb targeting system, which returns in this game. Essentially, when you’re fighting combatants your rig identifies weak areas for you to target. They’re generated at random and a simple push of a button on your controller allows you to prioritise these areas. Once you’ve done enough damage, a button pop-up appears encouraging you to hold the said button to dismember your opponent. And yes, they’re just as satisfying as you imagine!

Chop a leg off and your victim will crumple to the ground; decapitate your foe and their head flies off their limp body with a cartoon-level of violence, indeed, this is video game violence done the old-fashioned way with satisfying outcomes.

Bosses are a big part The Surge 2, with their frequency increasing compared to the original. While earlier encounters posed considerable challenges and resulted in plenty of deaths, expletives, and frustration, I found myself growing weary of the bosses towards the middle of the game. I think the crux of the matter is, compared to other titles of The Surge 2’s ilk, they feel uninspired.

A Huge Degree of Customisation 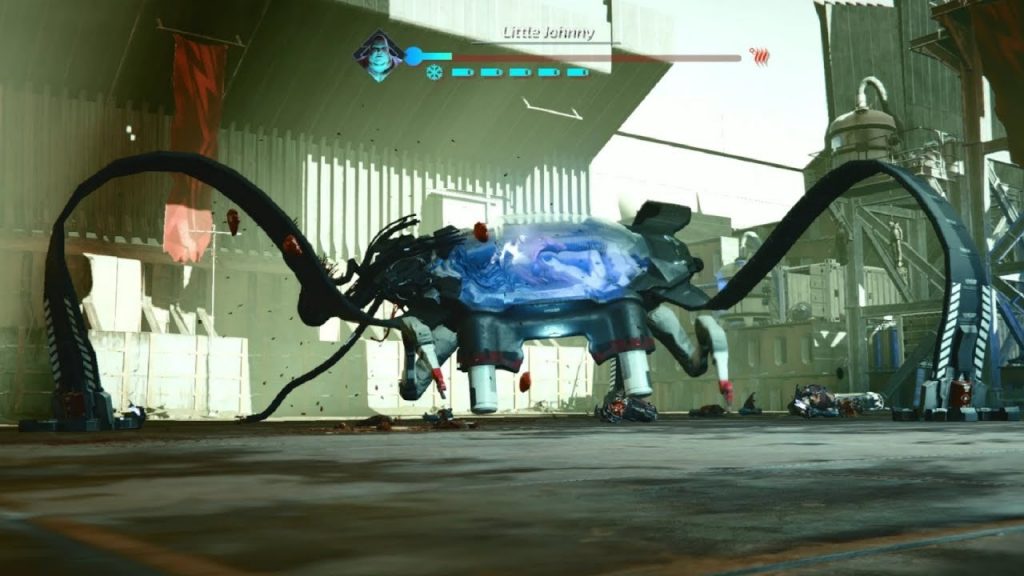 The Surge 2 offers a deep level of customisation. Leveling is up achieved by collecting souls – I mean tech scrap – and exchanging these for skills points at a MedBay, the games’ bonfire system.

MedBay’s work the same way you think they do – they replenish your health, allow you to adjust key attributes of your character and of course, reset all the enemies you’ve spent an eternity painstakingly fighting your way through to earn that moment of respite.

Being an RPG-lite, the game has three main stats for you to dump your hard-earned tech scrap into, which are health, stamina, and battery. This affords you with plenty of options to optimise your murderous tendencies, alongside the implants portion which grants you a catalogue of special abilities

Having just come from playing Sekiro: Shadows Die Twice, an implant I favoured was the Directional Block Analyser – a mod that shows the direction of incoming attacks. This made it easy for me to parry attacks and hit them with a punishing counterattack. (I must confess after being pounded into a bloody pulp, repeatedly by Genichiro Ashina earlier this year, it did feel like cheating!)

Other implants that caught my attention were the Medi-Force Converter, which encourages aggressive play made famous by Bloodborne as it offers you a limited window to redeem health when damaged. 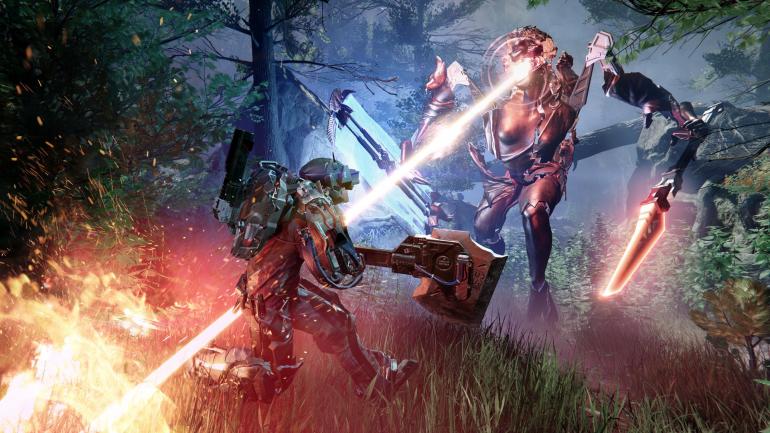 While Jericho City itself and the plot is uninspiring, credit must be given to Deck13 Interactive for creating a world that’s layered well. The opening area, as you leave the opening medical facility, is a maze of tight alleyways, alternate routes and hidden collectable items.

Often, you’ll find yourself progressing in the story and obtaining the means to traverse routes you were previously unable to do so, embracing the verticality Deck 13 Interactive has tirelessly built into the game. It’s tremendously satisfying to recall areas you were unable to visit previously, backtrack, and earn access to sometimes loot, other times horrendously tough enemies that delete you without a moment’s hesitation.

Fails To Surge Ahead

The Surge 2 represented an opportunity for Deck 13 Interactive to put their stamp on a growing genre of video game. Undoubtedly, the game has some tremendous highs, the combat being the star of the show. Regrettably, its lacklustre story, campaign, and world hamper its ambitions and relegate it below the games it imitates.

But this doesn’t mean you shouldn’t play this game, because if you’re a fan of uber-challenging, ultra-violent action-RPG games, The Surge 2 is right up your street.

Just try not to think about it too much.

Full Disclosure: This review is based on a PS4 review copy of The Surge 2 given to HeyPoorPlayer by the publisher.