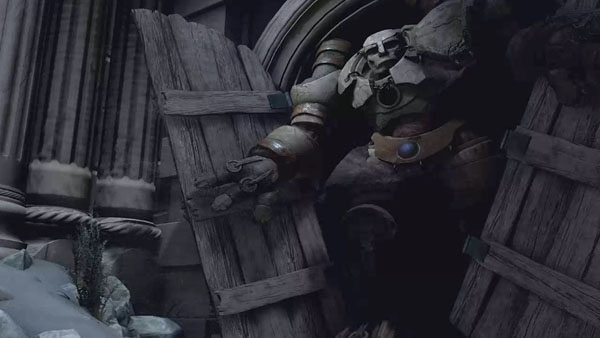 Golem managed to impress us when the game was first announced back in 2015 ahead of the PlayStation VR’s release. However, since then, news regarding the title, which is being developed by  Bungie veterans Marty O’Donnell and Jaime Griesemer’s studio Highwire Games, has been scarce.

Thankfully, the wait is finally over. The studio has announced that Golem will be released both physically on the PSVR in Europe on November 8th, with the North American release slated to come around the same time.  The digital version of the game will follow on the PlayStation Store on November 12th in both territories. As a bonus, retail copies of Golem will include a downloadable version of “Echoes of the First Dream,” the musical prequel to the game composed by acclaimed Halo and Destiny composer Marty O’Donnell.

Golem allows players to assume the role of Twine, an adventurous child who finds himself bedridden following a severe accident. However, this tragic accident doesn’t leave Twine cut off from the world entirely, as the child gains the ability to create and manipulate stone golems and observe the world through their eyes.

In the game, you’ll explore a sprawling abandoned city, collect artifacts, and trade blows in one-to-one melee combat as you attempt to uncover the connection between the town and Twine’s family.

Rob Edwards, Managing Director of Perp Games, is thrilled to be publishing one of PSVR’s most highly anticipated exclusives. “Golem has been a long-time coming, but the wait is almost over. It is our honor to be working with such an amazing team of world-class talent. We can’t wait to explore Golem’s secrets.”

You can check out Golem’s announcement trailer below:

Will you be adding this long-awaited adventure to your PSVR library when it releases next month? If so, will you be going for the physical or digital version? Sound off in the comments below and let us know.