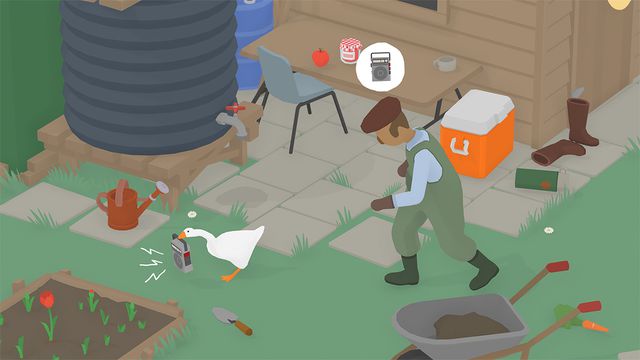 The anarchic chaos of Panic’s Untitled Goose Game has gripped Switch and PC players alike since its September 20th debut, with its impish sandbox premise — a naughty goose wreaking havoc upon hapless citizens –inducing mischief displayed everywhere from YouTube compilations to Twitter catalogs. Naturally, requests for PlayStation 4 and Xbox One ports have cropped up, but while sources such as ABC Australia initially implied said ports were in the works, developer House-House quickly stepped forward to claim that, no, their breakout fowl isn’t hitting other consoles just yet.

As reported by IGN, further Untitled Goose Game ports are “definitely not confirmed,” and the developer reached out to ABC Australia to request now-present revisions. While they’re certainly hoping such cards will be on the table, they’re merely looking into it — nothing more, nothing less.

Disappointing? Sure, but we still recommend ABC’s article for anyone who’s been living underneath a goose egg — it’s an otherwise excellent breakdown of how Untitled Goose Game came to be, both conceptually and the viral hit status. In the meantime, sound off your goose game requests in the comments below.