No, I don’t have something in my eye… 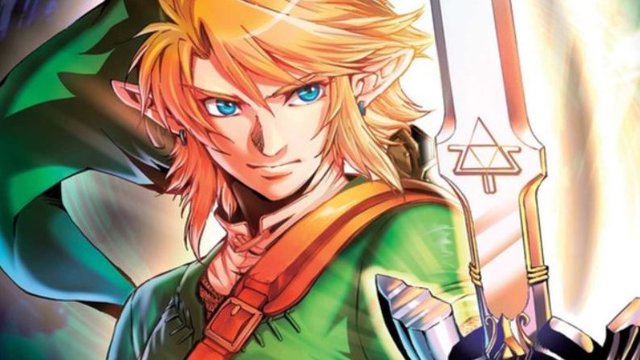 Time and time again, I’m never not astounded how much more I’m enjoying Akira Himekawa’s The Legend of Zelda: Twilight Princess more than the source material. As someone who holds Nintendo’s legendary video game series in high regard, this opinion should be blasphemous, yet it’s one I hardly hesitate to proclaim — I bear little love for the series’ Wii/DS era, which I consider Zelda‘s low-point in its patronizing insistence on bloated pacing, irrelevant vignettes, and irritating hand-holding. Twilight Princess‘s dead, brown overworld captured little of the Hyrule Fantasy I once adored, smothering legit set-pieces with endless backtracking and tired tropes. Had Himekawa been tethered to the restrictions of their former magazine, I’d imagine it’d do little to change my opinion.

And yet here we are, with a manga adaption free from washed-out colors and clunky gameplay concepts, taking its merry time to establish well-written characters engaging me with a world I’d previously dismissed as hackneyed tedium. Any prior concerns I had with a hurried plot are long-gone, steadily tailoring Link’s first encounter with the villainous Zant and his spelunking of the ancient Arbiter’s Grounds to the comic medium; why, just observe how Himekawa’s Twilight Princess expertly complements with its own twists wherever appropriate, be they elaborating upon side-characters who originally had maybe five lines of dialogue (Auru, the elderly member of Telma’s Resistance group, is unveiled as Zelda’s former teacher — one who doesn’t kindly to the Twili), hints towards Link’s past (could the Arbiter’s Grounds hold the key?), and yes, even a newfound history between Zelda and Midna, which may pluck at your heartstrings more than Link and Iila’s reunion from last volume.

This is all a long way of saying when one finds themselves repeatedly exclaiming, “Oh, how I wish this was in the original game!”, you know you have a great adaption in your hands. Not that I’m about to fault Nintendo for making the story they wanted to tell in the mid-aughts — that, and it’s not like they could’ve followed it to a T, given Link’s eternal muteness — but even if we could list all the reasons why manga storytelling conventions couldn’t mesh with Nintendo’s aspirations with Zelda, it’s a bizarre catharsis witnessing Twilight Princess with excised fat — not a trace of protracted backtracking exists, with most any new elements introduced to serve the existing story rather than risking any fumbling derivatives.

Therein lies the success of this Twilight Princess adaption: it’s as if the Himekawa duo took a retrospective look at the game and went, “okay, so how do we not only cut out the fat for our new concepts, but weave them naturally into the story?”. We’ve seen prior attempts in this vein within their earlier adaptions — remember the baby Volvagia from the Ocarina of Time manga? — but the aforementioned restrictions rendered them far too abrupt. Now with those shackles unfettered, merely observe how the Zelda/Midna backstory’s interwoven into the plot — the Midna’s Lament sequence was already the game’s most poignant sequence, and what better way to prod at our tear ducts by setting the stage for a childhood flashback? There are other heart-gripping standouts — putting aside how the Skull Kid’s forlorn nostalgia is one that could’ve easily ranked among the more melancholic throes of Zelda characters had it been present in the original game, I theorize it’ll circle about here given the backstory behind another elusive character — but that this particular reveal’s book-ended within one chapter (albeit perhaps the manga’s longest one yet, at over ninety pages) renders it beautifully paced.

Any Zelda fan owes it to themselves to read this. 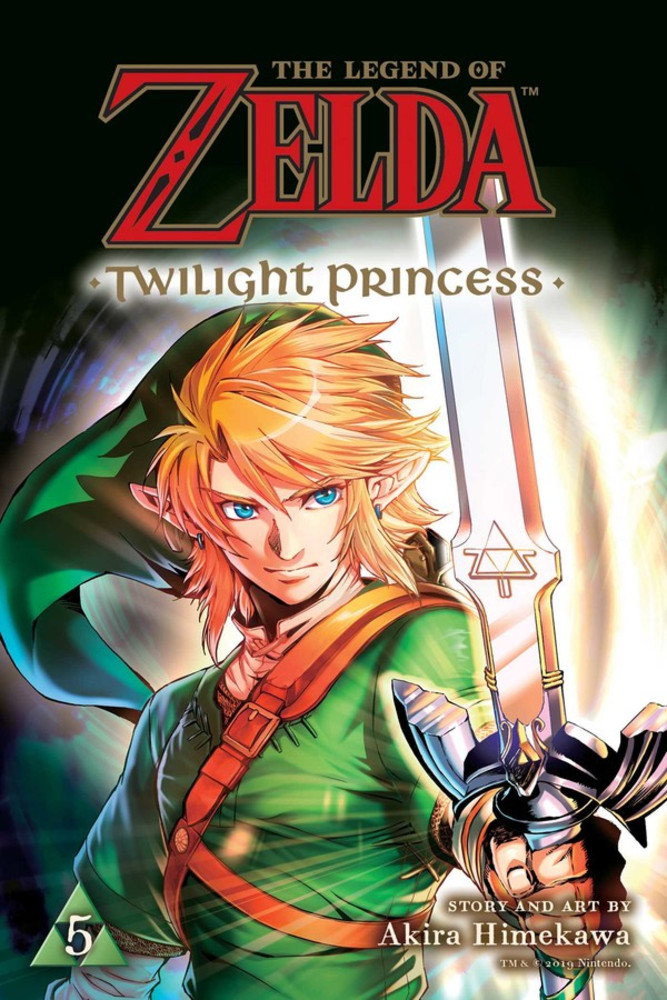 Other highlights exist; Himekawa’s art highlights the emotions on display, for one. I could elaborate on the adorable expressions within the Zelda/Midna’s flashback, yet the heartening warmth glowing off Rusl’s reunion also demands attention in how this manga successfully elaborates upon minor side-characters in both relevancy and detail. It’s enough to make me wonder if the love story between the Yetis of Snowpeak Ruins — a passion once rumored to have melted Hyrule’s snowtop mountains– will leave me a blubbering mess? Quite possible; after all, I shouldn’t doubt artists who successfully render Malo as an admirable figure!

(Speaking of Ordon’s capitalist toddler, remember my little conspiracy surrounding him? Turns out Malo Mart’s back in business for this adaption, and our shrewd little cherub’s more than willing to slash prices for his Ordon Village hero. I’m not about to shelve my supervillain theory just yet — that he already has the Gorons under his thumb’s mighty suspicious — but it’s certainly a nice gesture; one that, moreover, shows how much fun Himekawa’s willing to play with the source material.)

Have I made the case for the best manga adaption yet of a video game? I won’t make such an ambitious claim, given I haven’t made much effort to traverse outside the Nintendo sphere, but I can’t imagine Himekawa’s efforts in imbuing Twilight Princess with infectious sincerity not rising to the top. Sporadic as these volume releases may be, I eagerly await witnessing how the next installment will further vindicate this divisive legend.