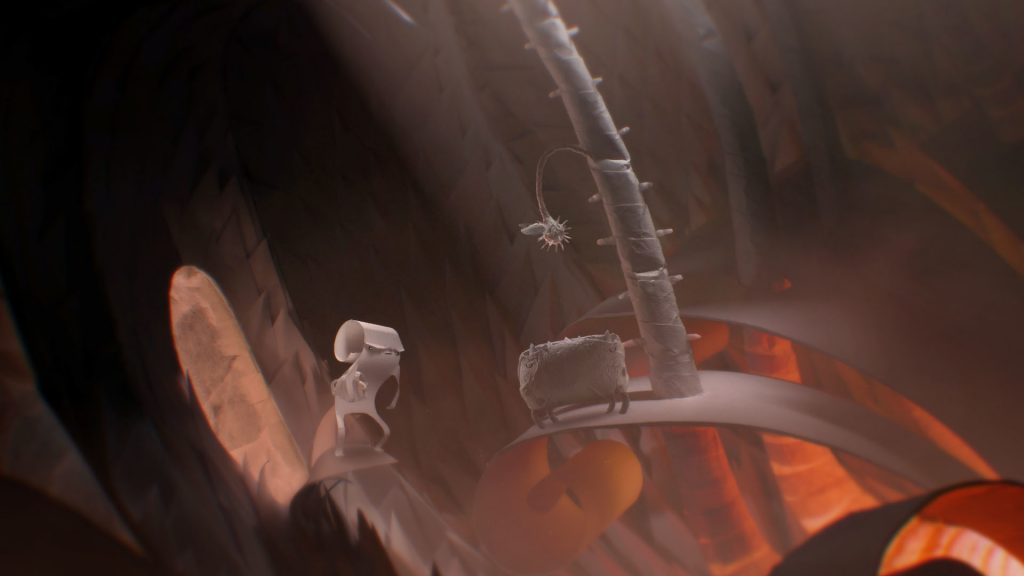 Papetura is an upcoming indie adventure title created by Polish developer Petums. The game is a point-and-click adventure that follows Pape, a lonely paper creature who escapes captivity and takes guardianship of Tura, a small magical being. Together they must take down flame monsters threatening their paper world.

But what makes this journey all the more interesting is that the entire Gameworld is handcrafted out of paper!

The game has been in development for a while, and while no release date has been announced, creator Tomasz Ostafin has promised: “the journey is at the end.” Along with a new trailer for the project, Ostafin has also revealed his collaboration with composer Tomas Dvorak, better known as Floex and sound designer Juraj Mravec. Floex is known for creating the soundtracks to Machinarium and the Samorost series.

“Inspired by architecture, macro-worlds and handcrafted games such as The Neverhood, I’m trying to make something unique and believable, solely out of paper and light surrounding it.” – Tomasz Ostafin.

The game is set to be released on Steam later this year. More information can be found on the game’s website.