The Stone Wars have begun! 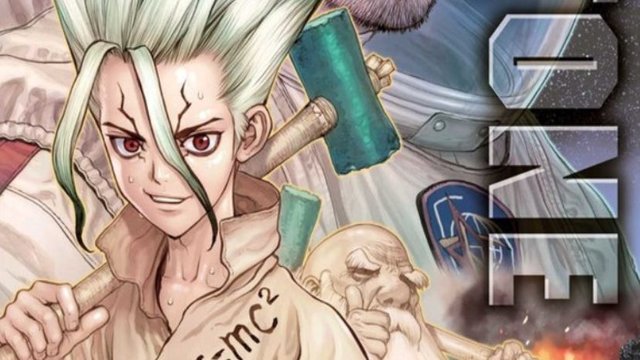 Dr. Stone performs another scientific miracle in a captivating read! Granted, I’ll readily admit I wasn’t as taken as I was with the last book’s Grand Bout — a near-perfect batch of comedic drama proving just how splendidly the post-Taiju cast came into their own — but this new iteration remains relentless in its science sugar rush, blending heartening (if not devious) camaraderie with earnest edutainment. In concluding the flashback with Senku’s adoptive father in Byakuya, catching up with Tsukasa’s army of science-hating fiends in deadly clashes and strategic meetings, and yes, hosting more invention fun-time with Senku “Dr. Stone” Ishigami himself, Riichiro Inagaki’s latest never once goes through the motions in its manic devotion to science.

Describing Volume 6 as a “cooldown” would be inaccurate, especially with Part 2 in “Stone Wars” kicking off here. Yes, the battle for village chief gives way to some much-needed prep work, but Senku and his band of rustics find themselves on the spear-end of Tsukasa’s revived army of anti-science soldiers. We may not have a full grasp of his forces just yet, but we’re certainly granted a strong first impression in Hyoga: a deadly force of lance-play that gives even Kohaku a run for her money. Even sneaky teamwork through Suika’s detective-work and Gen’s sly fingers isn’t enough to fully drive off Tsukasa’s finest warrior, leaving our genius scientist between a rock and a hard place in devising further inventions while prepping for the upcoming winter. (Meanwhile, abandoned leads in Taiju and Yuzuriha continue their off-screen reconnaissance of the enemy. Will we ever see them again, and even then, will it be done well?)

Still, it’s the explosive chemistry that makes Dr. Stone a true winner — whereas Taiju and Yuzuriha simply followed Senku’s science without question, our current concoction of skeptics and true believers provides a far more compelling dynamic than his high school chums. For instance, can we assume Magma still has it in for Senku and co. after his humiliating defeat? Given that he’s still scheming for the position of village chief, sure, but wily Gen’s rhetoric reins him in as a temporary ally in fending off Tsukasa’s goons. How long can this threadbare alliance last, knowing the village’s strongest warrior already attempted murder and is chomping at the bit for revenge? Could a redemption arc possibly be in the works? Engaging questions like these are solid evidence of an organic cast — we theorize and speculate around how their motives can further mold our favorite weekly serials.

Why, just observe the villagers’ slow acclimation into modern — or should I say ancient? — technology; yes, it’s one thing to enjoy their curiosity with the concept of cell phones, but what about spring-boarding that device’s re-invention with cotton candy? The results are what you’d expect from any decent storyteller: introduce this non-sequitur for comedic effect, then cleverly weave into a possible plot device to push the story forward. (Converting the enemy with nostalgic sweets? How devious!) I know I’m a broken record when it comes to Dr. Stone‘s brand of edutainment, but it’s humbling how its relevant teachings are never patronizing — only relevance put forth by a genuine desire to educate for the greater good; in this case, for humanity’s survival. Even for those of us who fell asleep in science class, we graciously ingest these miniature lessons for the sake of our heroes’ success. 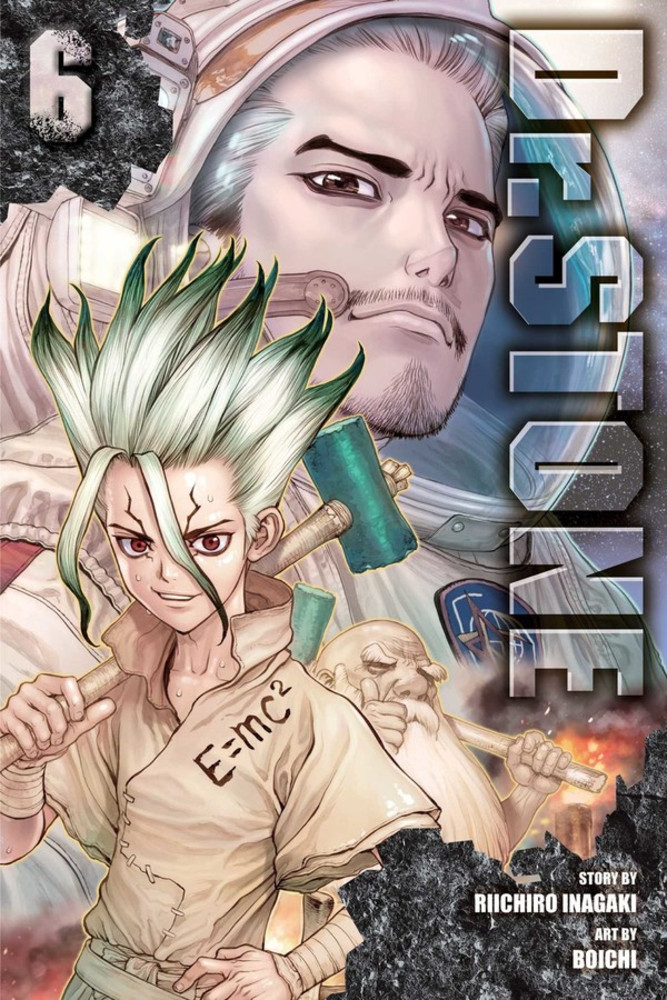 Boichi’s art remains a key factor in Dr. Stone‘s never-ending supply of fun, even in spite of any proportional flaws; indeed, there’s one shot of Kohaku’s legs that warps the boundaries of human anatomy. Regardless, much like Inagaki’s previous partner in Yusuke Murata, his gleeful shifts between manic energy (it’s never not a delight how old Kaseki’s clothes explode at the thought of newfound craftsmanship) and detailed expressions (Gen’s devilish grin upon his betrayal) is enough to overlook any artistic blemishes. Not that he doesn’t have an eye for heart and drama, either — we’ve witnessed the rare moment from a certain emotion-averse scientist before, but our continued flashback of Earth’s sole survivors in Byakuya Ishigami and his fellow crew members requires eliciting some much-needed waterworks from our protagonist. Even so, observe how the paneling techniques obscure this moment of privacy as opposed to diving into goopy, uncharacteristic sentimentality.

(And yes, let us forego any implications of in-breeding and instead focus on Byakuya’s adoration and faith in his genius son, shall we? Will we ever hear the rest of his 100 Tales? I have no use for a post-apocalyptic future without Judy Blume’s Super Fudge; yes, I know the likelihood of a Japanese localization is nil, but science, damn it!)

Approach Volume 6 as another example of Dr. Stone‘s success in storytelling and engagement, and you’ll walk away primed for the next entry. Not the most gripping volume, but as a continued patron of Weekly Shonen Jump, the best of the Stone Wars is still yet to come. As Senku would say, “get excited!”

The Legend of Heroes: Trails in the Sky The Third…