Return to the Fantasy Zone 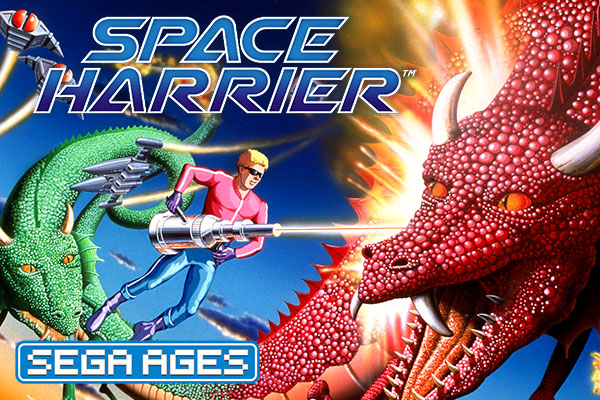 The ’80s was a pivotal point for the arcade world.  The advent of Space Invaders only a couple years prior in 1978 brought about a coin-op craze that saw video games booming in shopping malls, bowling alleys, and dedicated arcades.  Developers progressed from simple games such as Frogger and Defender to being increasingly experimental with games such as 1983’s Star Wars utilizing vector-based graphics to Dragon’s Lair the same year being a Don Bluth animated action adventure that featured proto-quick time events and was on a Laserdisc.  Sega experimented a bit too, and in 1985 with Yu Suzuki at the helm, made an oddball fantasy-based shooter titled Space Harrier.

Released to overwhelmingly positive reception, Space Harrier was revolutionary for its time.  Featuring fast-paced shooting action, scrolling and scaling sprites a flight stick controller scheme, and even a fully functional rotating and tilting cockpit-style cabinet in some cases. The concept was simple, so simple in fact that Space Harrier didn’t have a story.  You just play as a guy name Harrier, dodge obstacles, shoot enemies and rack up a high score. Simple isn’t necessarily bad though, and in the case of Space Harrier, it worked astoundingly well.

Space Harrier has been ported to a plethora of different platforms over the years.  8, 16, and 32-bit consoles, even PC’s have seen a Space Harrier game of some sort.  The games have even been featured prominently in Sega’s Yakuza series hanging out in the Club Sega arcade venues.  The game has even been reworked from the ground up to be presented in stereoscopic 3D on Nintendo’s 3DS thanks to some hard work between Sega and M2.  M2 is at it again, and has brought Space Harrier to the Nintendo Switch as part of their SEGA AGES lineup.  M2 have been nailing it with these releases, and Space Harrier is a solid choice and a solid port for Nintendo’s hybrid console.

Where have I seen that mecha before? 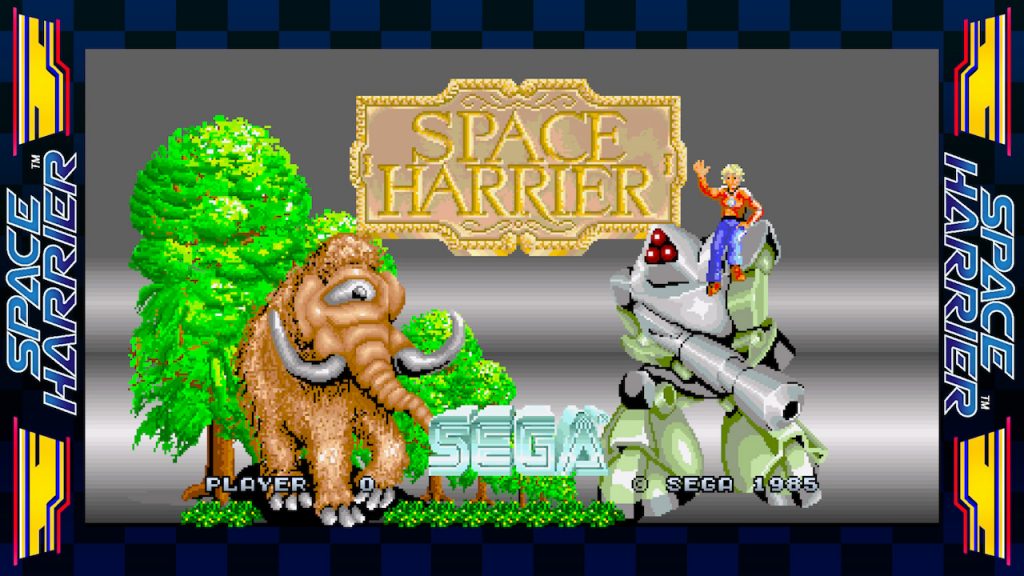 Space Harrier is home to some bizarre creatures, including a couple that pay some homages here and there.

The SEGA AGES release of Space Harrier brings the arcade release in a complete and perfectly translated format with a host of customizable options and even a new gameplay mode to spice things up a bit.  The game is presented in a pixel perfect format with some cool graphical options such as scanlines, pixel smoothing, even wallpaper art that mimics the original arcade cabinets.  Players can also adjust the difficulty and starting lives, as well as customize the controls to their liking.

The standard gameplay mode of Space Harrier is exactly as it was in the 1985 arcade original. Players suit up with Harrier, and fly and shoot through a fever dream-ish fantasy landscape filled with obstacles, UFO’s, dragons, one-eyed mammoths, robots that look almost exactly like a Rick Dom from Mobile Suit Gundam, and more.  The game is divided up into eighteen distinct stages, with a couple of them being a bonus round where Harrier rides a white cat dragon that looks like it came straight from the Never-Ending Story to knock down obstacles for points.  Most of the levels have a boss at the end to up the challenge as well.

What am I even looking at here. 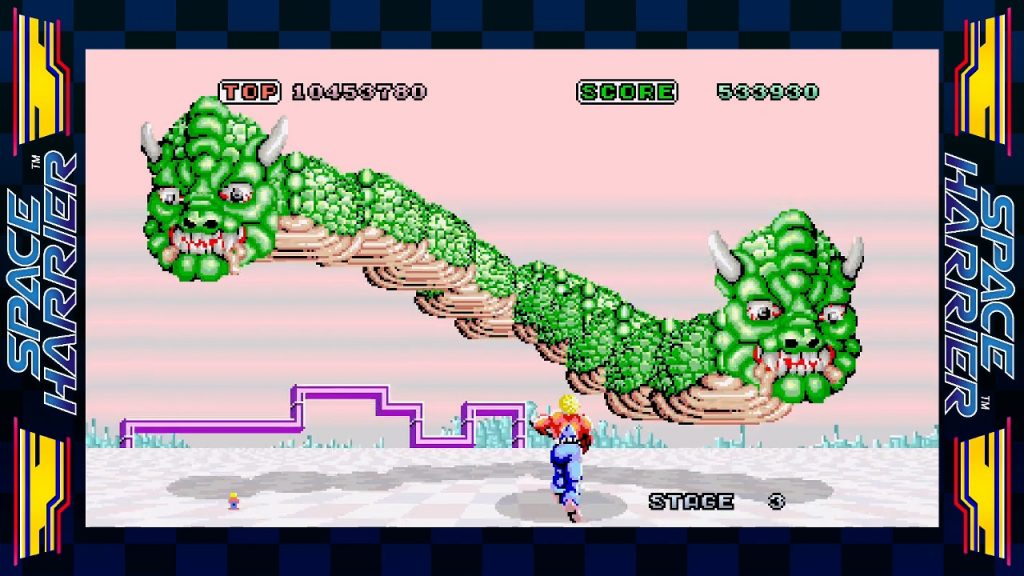 “Fantasy Zone” doesn’t even begin to scratch the surface on how weird and fever dream-y this game is.

Speaking of challenge, M2 made sure the game is pretty darn hard by default.  You can make the game easier in the options, but the normal difficulty level can be pretty brutal.  Enemies move pretty fast, and so do their projectiles.  Obstacles such as trees, rocks, and pillars come flying at you way faster than you might remember too, and things only get worse as the game progresses.  Fortunately, there isn’t much preventing you from pumping the game full of virtual coins and continuing till you reach the end, but trying to 1 credit clear the game on default difficulty is very much a pro-tier affair.

Not content with just releasing the game as-is, M2 has added an entirely new mode called Komainu Barrier Attack.  In this mode, Harrier has two “Komainu” helpers that surround him with a barrier.  This barrier lets Harrier smash through enemies and obstacles.  The catch is that if the Komainu get hit by any enemy projectiles the shield is lost temporarily and won’t come back up until both Komainu are not stunned anymore. If the shield is down, hitting obstacles or enemies will make Harrier lose a life.  Additionally, the barrier the Komainu put up doesn’t protect Harrier from enemy projectiles, so it’s still possible for him to lose a life even with the barrier intact.  The levels and the bosses are still the same, but this new twist on Space Harrier is a blast to play, and makes focusing on getting a high score easier, though the later levels are still ridiculously difficult.

Is this a new legendary Pokemon? 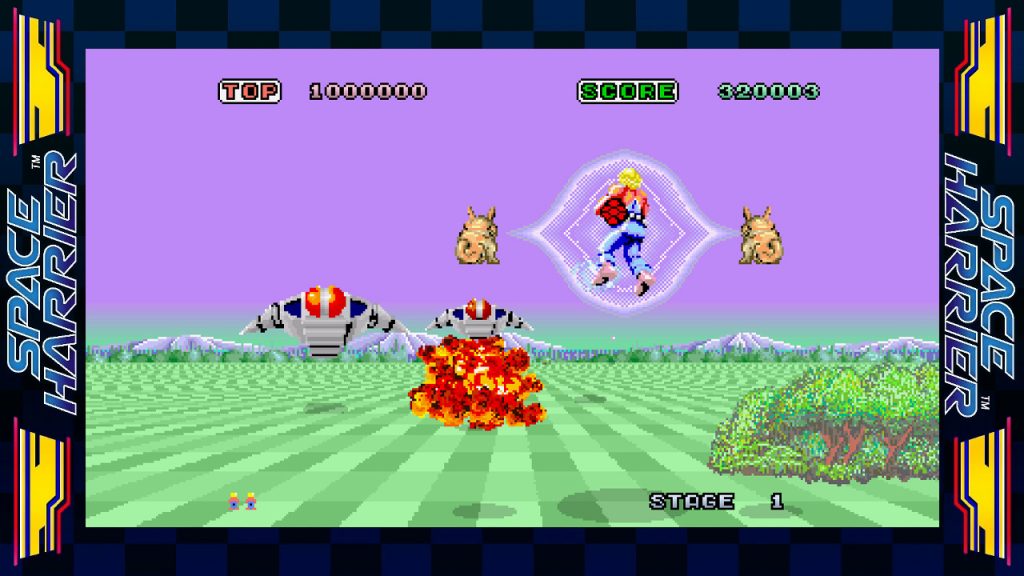 M2 has knocked it out of the park with this release.  Despite the default difficulty being cranked up, this release of Space Harrier looks and plays flawlessly.  The new Komainu Barrier Attack mode is a fun new twist to keep fans and newcomers alike interested, and online rankings and leaderboards will keep the pros coming back for more.  For $7.99, Space Harrier is a stellar deal for some quick arcade fun. Now if you’ll excuse me, I gotta save the Land of the Dragons again.

Full disclosure: A review copy of SEGA AGES Space Harrier was provided by the Publisher. 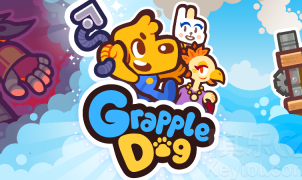