XSEED Games may have not had a booth at Anime Expo this year, but the fan-favorite publisher still had a very important role to play. Namely as the localizer for Cygames’ upcoming Granblue Fantasy: Versus 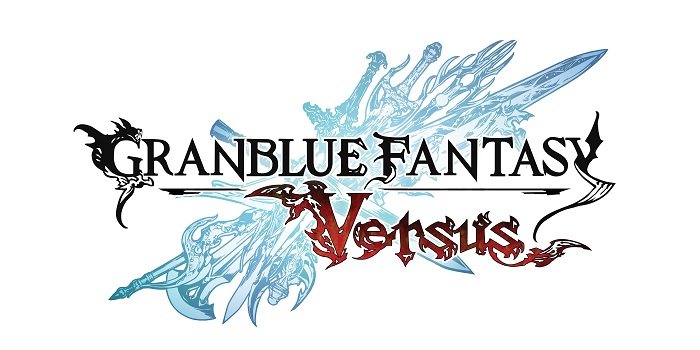 Sure, some people are eager for Granblue Fantasy: Versus because of the name. Others due to the fact Arc System Works is handling development. Me? XSEED Games is the real reason to get excited here.

Granblue Fantasy is one of those franchises I’ve of course heard of, but have no experience with. Primarily, this is due to the fact it’s a mobile JRPG. A platform that I’ve never taken to personally. Add in the fact that Granblue Fantasy: Versus is a fighting game, something I tend to avoid, and you might be wondering why on Earth I’d even bother taking the time to play this demo. The answer is simple: XSEED Games.

XSEED Games is a publisher that I know and trust. Yes, Granblue Fantasy is Cygames’ property, but to me, that’s just a name. I have no experience with them or their work. I know XSEED Games, however, and I know the quality of their craft. This is a company that takes its localization duties seriously. This was the company that’s handled most Nihon Falcom games in addition to titles like SENRAN KAGURA and Corpse Party after all. So, I figured why not at least give it a try. What did I end up taking away? Well, let’s talk a bit about Granblue Fantasy itself first.

A Fantasy Among the Clouds That’s Beloved by Fans 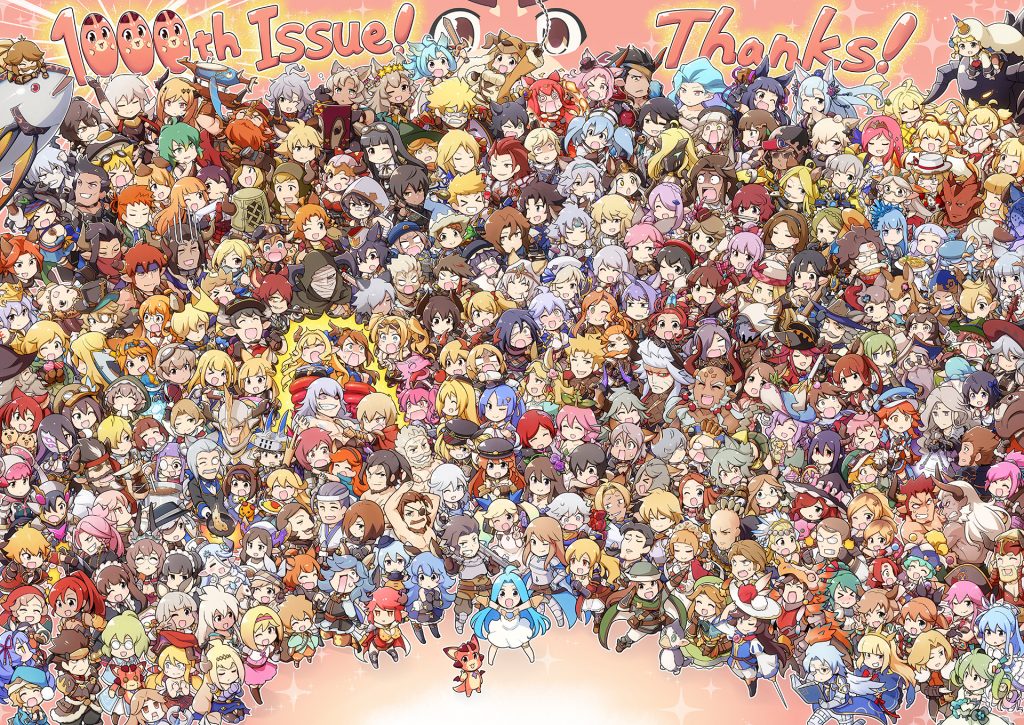 An image from around Granblue Fantasy’s 4th anniversary according to TV Tropes. Note just how many characters there are. If that’s not devotion to a world and setting, I don’t know what is.

The premise of Granblue Fantasy is familiar. Your home is attacked by an evil empire who is pursuing a woman who wields powerful magic. This leads to you traveling the world in order to find a mythical island. Oh, yes, and the setting takes place among floating islands in the sky. Meaning you’ll be using an airship to jump from place to place. Seems, generic, right? Well, yes, but you can distill just about anything down to its base elements. What matters is the execution and the unique spin that creators try to place on things. In this case, I’d be willing to wager that the characters are what makes this special.

Granblue Fantasy has a ton of characters. The TV Tropes page alone has over ten pages that are dedicated to the playable characters. Yes, those are just the ones you can use in Granblue Fantasy. That’s not even touching upon any NPCs. It’s an impressive number, to say the least, and does show the developers have poured a lot of time and love into the franchise. However, this does pose an interesting challenge to Granblue Fantasy: Versus. Which characters do you pick from the enormous roster? 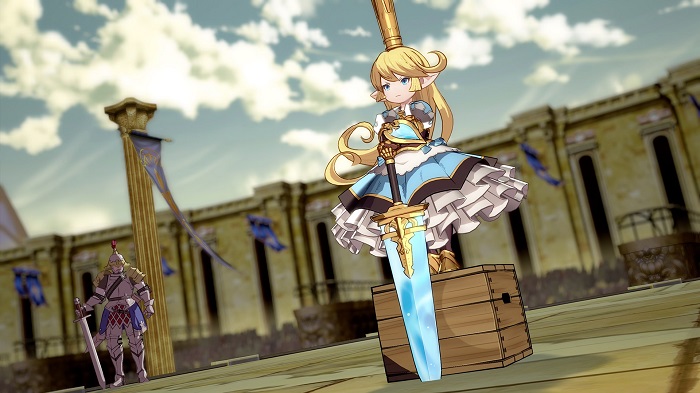 C’mon, how could you not like this! Charlotta is basically a princess knight in one very badass and cute design.

The character selection in a fighting game can mean a lot to fans. Unfortunately, not being familiar with the series, I can’t tell you whether this is a great roster or not. But, I can tell you who’s been confirmed:

Since I didn’t have any background on any of these characters, I just went with who I thought looked interesting. Which, led to me playing as Charlotta. Why? Simple, I adore knights. Plus, her design itself is certainly striking (especially that crown). So, with my character selected I dove into a quick match. How’d I fair? Well, I lost handily, but I did learn a few interesting things. 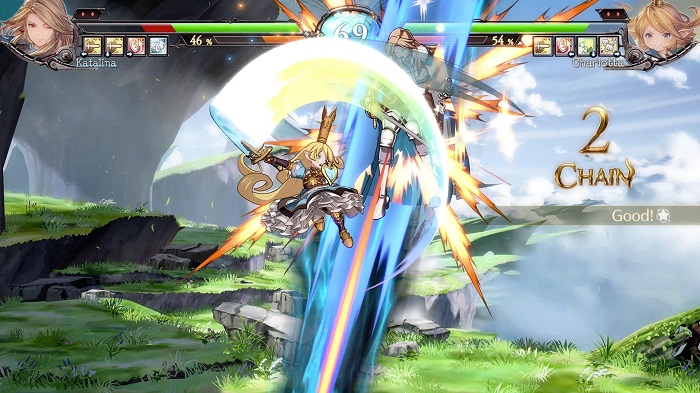 See those four icons under your health bar? Those are your skills. Once used, they’ll enter a cooldown phase. Once the icon is lit, you’ll be able to use it again.

First off, let’s get the basics out of the way here. As I said, I don’t play fighting games, so I can’t comment on whether the controls are fluid and if the game feels good. I can, however, tell you that I didn’t notice anything amiss. The game felt fine and the simplified controls I used felt good. Just understand that what feels fine to me as a novice, might not feel fine to a fighting game aficionado. What I can comment on though mechanics-wise is the inclusion of a cooldown mechanic for your skills.

Each character seems to have four skills. These can be easily used by pressing a simple two-button combination. However, upon using a skill, it cannot be used again for a certain amount of time. This means you can’t just spam a technique, but you’re also not tied to draining part of a super meter for each technique you use. Though there is a super meter/move system in the game as well. This may seem unfair to people who prefer complex button inputs, but there is a tradeoff. 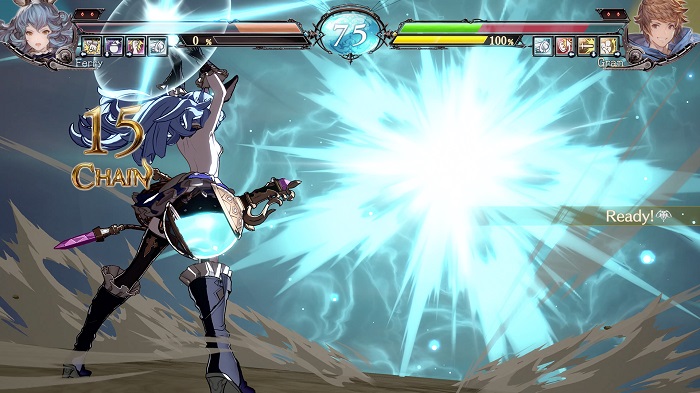 One thing that’s clearly apparent is how good this game looks. Even the screenshots look like something taken right out of a manga.

Using simple inputs makes the cooldown longer. If you’re capable of inputting the appropriate complex input, you get a shorter cooldown in return. In other words, the game rewards your skill. Which is a nice touch and helps to balance things, I think. Aside, from skills, the other thing I want to touch on is just how good Granblue Fantasy: Versus looks.

Granblue Fantasy: Versus is Visual Spectacle for Fans of Fighters and Mobile Games Alike 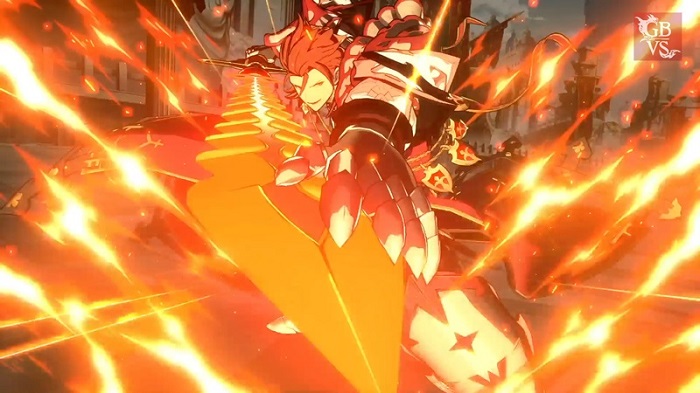 Percival will be making his debut at EVO, so if you’ll be there be sure to check out the Lord of Flame.

Granblue Fantasy: Versus looks to be an interesting title. In terms of localization, I have faith that XSEED Games will do their utmost to provide fans of Granblue Fantasy a high-quality experience. As a fighting game though, that’s where things get a little trickier. I do think this is a game you should keep an eye on. The quality in the visuals is amazing and I think the cooldown mechanic could make for some interesting strategic possibilities. At the least, I’d say to give it a try if you have a chance.

Granblue Fantasy: Versus will be available on for the PlayStation 4. In the meantime, if you’ll be at EVO this weekend, be sure to check out Granblue Fantasy: Versus there. If you can’t make it, not to worry XSEED Games will have the game streaming on their Twitch page. Also, be sure to check out our reviews of other XSEED Games other titles such as SENRAN KAGURA: Peach Ball and London Detective Mysteria. Or if you want to learn more about Granblue Fantasy consider taking a look at the anime on Crunchyroll in both sub and dub. 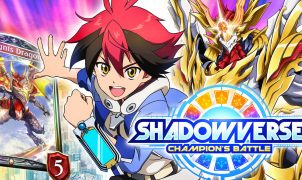 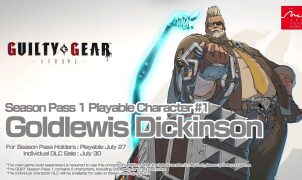 Ink is thicker than water Have you ever had a pen-pal before? I’m sure most of you haven’t; it’s a rather antiquated practice in today’s society. I actually did…