The Wonderful World of Miss Whiteley 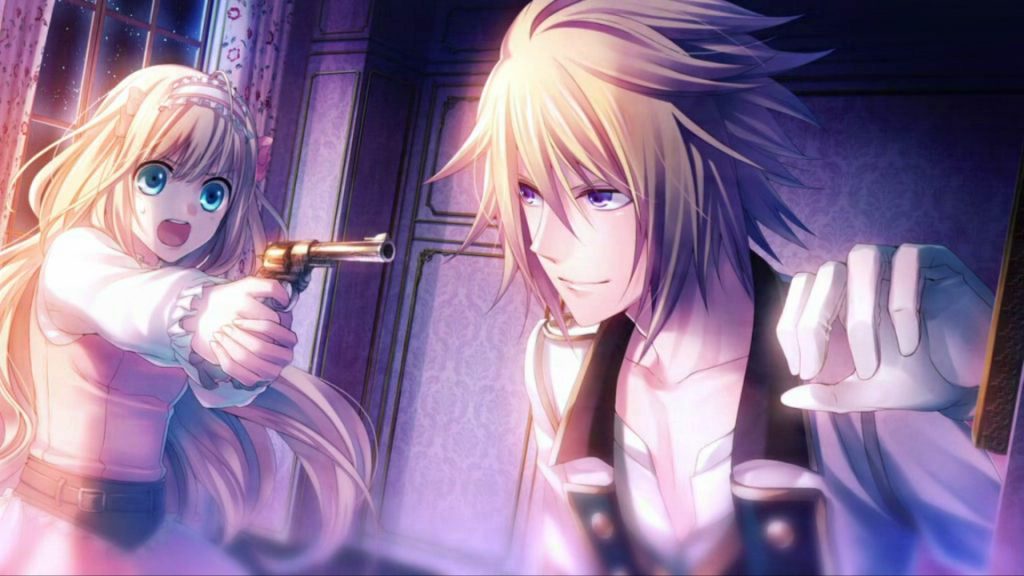 This review of London Detective Mysteria isn’t my first go-around with the game. Before releasing on the PC, the game enjoyed a period of Vita exclusivity — and it was there that I first enjoyed it. Because of that, the game, and its many twists and turns, didn’t take me by surprise as they once did. That’s only natural, though. After all, a mystery and isn’t really all too mysterious if you already know how things are going to be resolved. But there was something that did take me by surprise, however — the fact that I remembered everything so vividly.

To some of you, this might not be a big deal. Of course, I’m going to remember some of the game. I’ve already played it before. But that was over half a year ago, and I still remember a good chunk of the game like I played it last week. And that’s the one thing that this specific London Detective Mysteria has over its predecessor — proof that it withstands the test of time. Sure, that statement is small in the grand scheme of things. In fact, I’ll probably stop talking about it after this paragraph. But it’s still something that’s worth mentioning, because not only does it prove that London Detective Mysteria is a good game, but a memorable one as well. 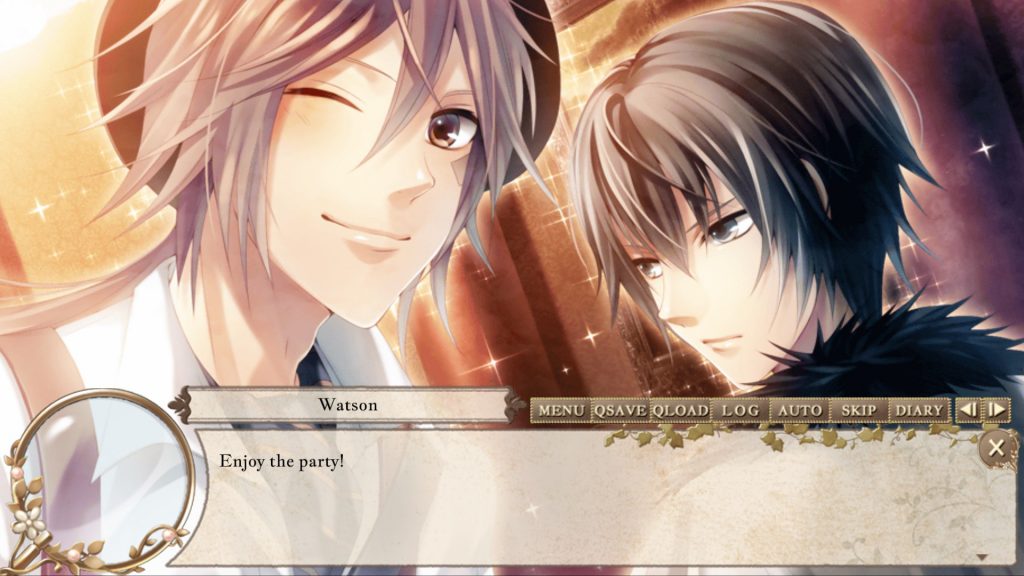 I think the REAL mystery is which of these two will end up winning you over, eh Emily?

London Detective Mysteria follows one Miss Emily Whiteley — a bright, spunky, and well-to-do young lady who, despite the best efforts of her butler, Pendleton, has always had a little bit of trouble falling in line with the perfect image of how a proper 19th century English lady should be (although she certainly does her best!). Emily’s story begins on the night of a rather fancy Birthday party — but not her own! Rather, Emily has been invited to celebrate the Birthday of none other than Queen Victoria herself. And, as a self-respecting member of English high-society, she couldn’t possibly refuse.

While Emily enters the party determined to be on her best behavior (no thanks to a lengthy lecture from Pendleton), her tune soon changes after bumping into none other than the children of famous detectives Sherlock Holmes and John Watson, Herlock and William. Eager to discover what the two could be up to at such an event, Emily follows them only to discover that a mystery, in fact, is indeed afoot! More specifically, the mystery of Queen Victoria’s missing cat — a gift of goodwill from the King of Siam (who just so happens to be at the party). Not surprisingly, Emily finds herself outed, but the end result isn’t what she expected. Rather than being reprimanded and sent away, Emily is asked by Queen Victoria herself to assist in the investigation (much to Holmes’ chagrin). And thus, Emily, with the support of the Queen behind her, launches herself into the first of what is soon to be many mysteries. 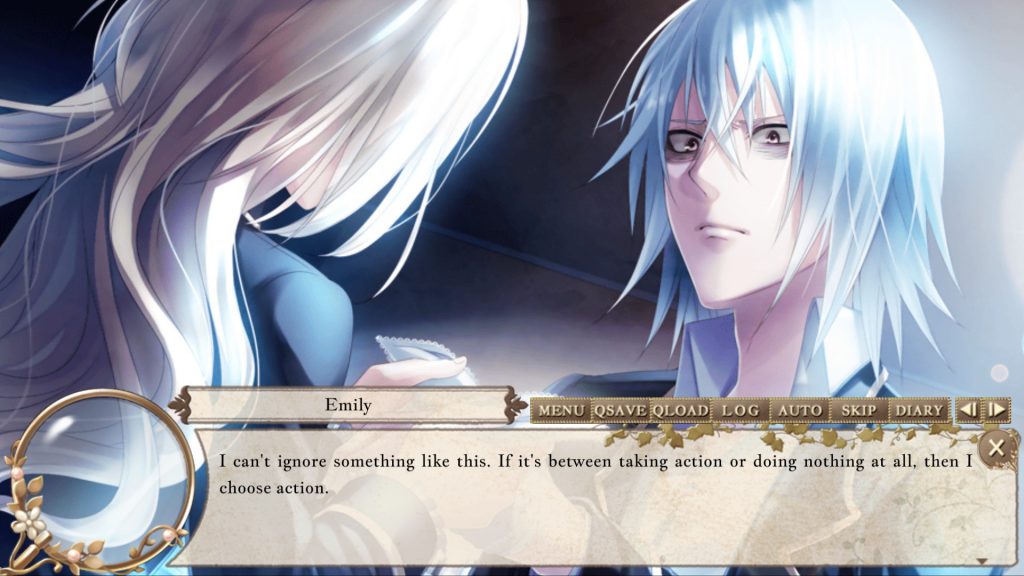 Be it helping those in need or solving a mystery, Emily always does her best to pitch in.

I can’t help but think that, despite very much being a traditional otome game in many ways, London Detective Mysteria does its best to offer something to as many people as possible. Not only does it skillfully cast the well-known world of Sherlock Holmes into a seemingly unfamiliar role, trading in some of its expected dryness in for a good dash of adorable, feminine, charm, but it does so without causing a complete loss of, or shift in, identity. Despite taking place from the eyes of a newly christened girl detective, London Detective Mysteria is just as dark and dangerous as you would expect something featuring the topics that it does to be (I mean, you can literally date Jack the Ripper), while simultaneously never to the point of snuffing out its otome-themed focus.

While I may still be somewhat green in the world of otome heroines, I would also like to applaud the way in which Emily herself is handled as well. Emily is, of course, largely a pleasant 19th-century English lady by many standards, having been raised as such her entire life. Unlike most of those around her, however, Emily has never been completely satisfied being relegated to a single category and thus has developed a unique sense of self (most likely due in part to her tragic past), as well as an air of good-natured carelessness — characteristics often paired with protagonists. Additionally, Emily possesses a special duality which allows her draw from both heroine and damsel roles as needed, courageously standing up to those who mean to do harm — whether to herself, or to others — while not being above accepting help as it’s needed. It is this complex nature of Emily’s that, while not 100% unique to her alone, makes her emotionally accessible to readers spanning a variety of personalities and dispositions, while also making her just plain likable as well. 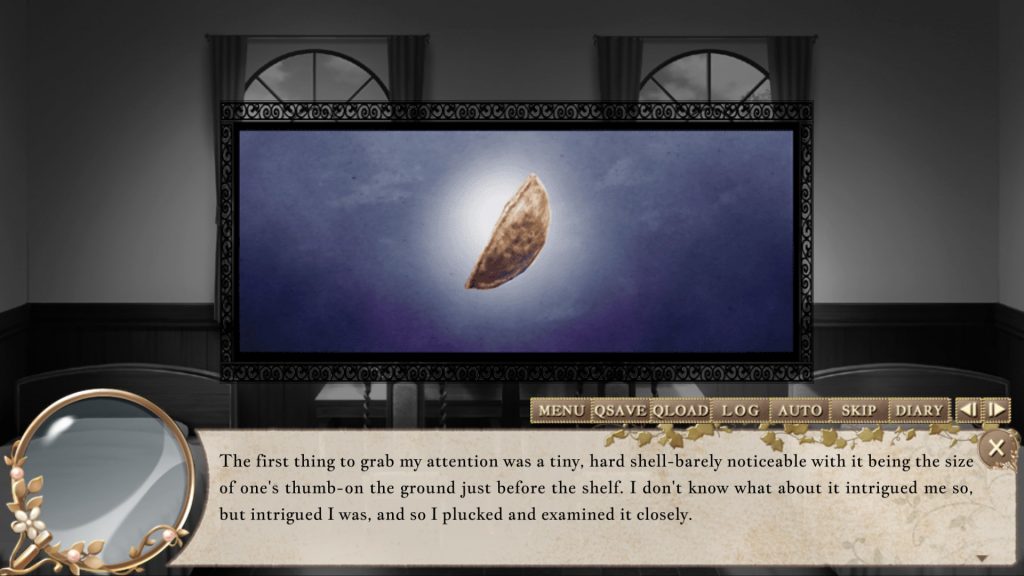 Emily will be chasing clues far more frequently than she will boys.

True to its name, much of London Detective Mysteria has to do with actual detective work. Or, at least, detective-in-training work. Baring only a handful of instances, each segment within the game’s chapter-based gameplay will revolve around a specific mystery that must be solved. My opinion on these mysteries, however, is somewhat split. On one hand, I do genuinely believe them to be good. While most of them should give the bulk of players a little bit to think about to coming to a conclusion, they are never so obtuse that all but the most seasoned detectives will figure them out before the game straight-up tells you what’s going on. Unfortunately, even should you figure out what’s going on, you don’t actually have much of a say. Save for the staple VN “make a decision” prompts that show up from time to time, a few which admittedly do have to do with the game’s mysteries, most of the problems are automatically solved for you as you read along (whether by Miss Whiteley, or someone else).

Fortunately, while the game’s interactivity isn’t entirely up to par with what I would have liked, the choices that players do make are often times of significant consequence. Thanks to the selection of suitors for players to chase, London Detective Mysteria‘s story ends up branching off after a certain significant event, with each path playing out significantly differently from the others. This, of course, means that the game’s longevity is much longer than originally expected. Because, I mean, come on — who doesn’t want to see all of the endings when they play a visual novel?

That Which Lies Beyond Love (and the End of the Game) 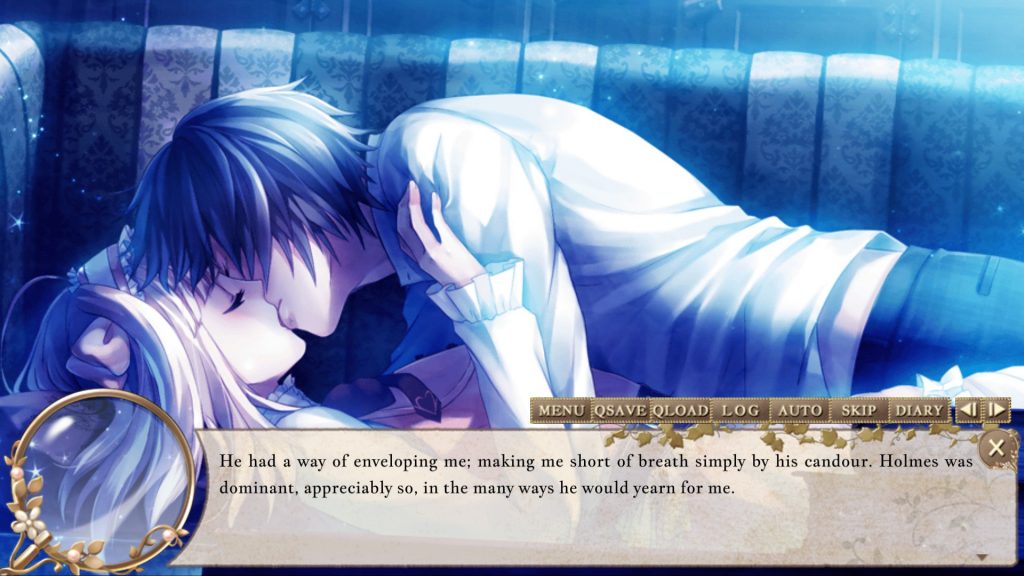 If the entirety of London Detective Mysteria still isn’t enough for your liking (which it totally should be), then you’re in luck because the game isn’t over after it ends. Rather, each character ending will unlock a special “Epilogue” episode for players to enjoy. Tailored to the specific ending that the player reached (ie which boy did you pick), these bonus episodes give players an extended look at the relationship between Emily and her true love. Of course, these sections aren’t all sunshine and smooches (although there’s definitely some of both in there); a new problem for the new couple to solve as well. Staying true to the original game’s endings, these Epilogue episodes continue to branch out further — some so much so that they occur within entirely different countries — ensuring that, while short compared to the main story, they are entirely original (and very enjoyable!).

It doesn’t matter how many times I play it, or what I play it on; London Detective Mysteria will always be, in my opinion, an excellent otome VN. Not only does it provide a unique story capable of branching across a wide variety of reader interests (namely romance and mystery), but it does so in a way that seamlessly blends it all together. Whether you’re here for a classically inspired, love-filled, boy-meets-girl tale, or are just in it for the attempted murders that pop up here and there, chances are this game’s a good choice for you.

Full disclosure: This review is based on a copy of London Detective Mysteria given to Hey Poor Player by the publisher.