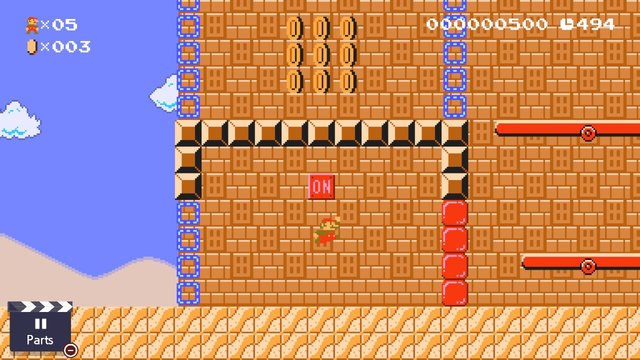 “Father of Name Withheld”? Yeah, that sinister laughter’s not fooling anybody, Bowser. Anyway, Ancient Seesaw Fortress is a sandy Super Mario Bros. blend of seesaws and On/Off Switches; in other words, yet another puzzle level! The mind-bending tricks and traps of this deadly crypt may very well overwork your brain, but don’t worry: Hey Poor Player’s got the guide just for you. 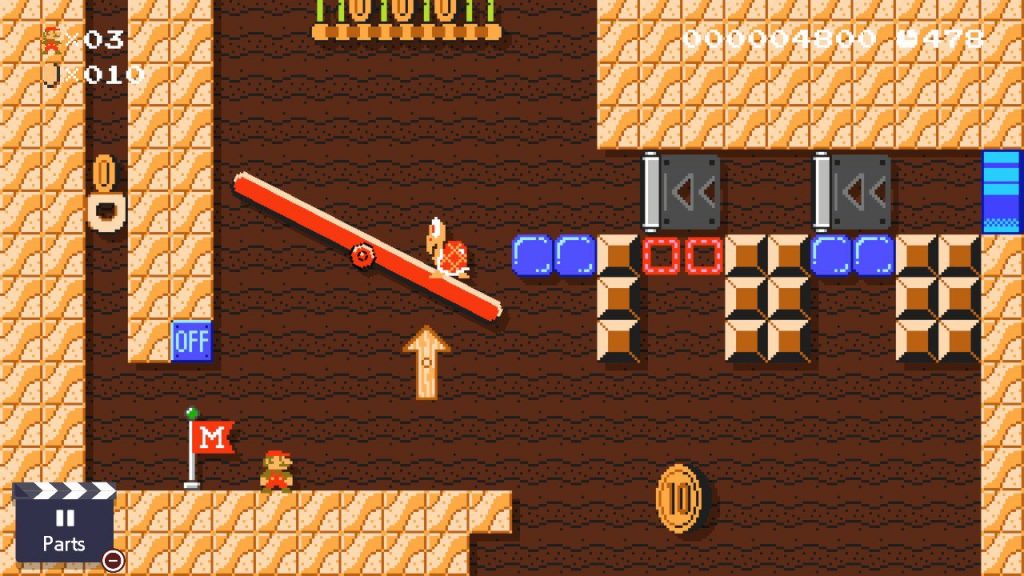 When the level begins, jump over the Goomba tower (or, if you’re feeling adventerous, bop them via a running start to reach the hidden coin chamber just ahead) and head over to the On Switch — a mechanism key to solving this level. Hit it, then carefully balance the upcoming seesaws so you can reach the fortress exterior’s upper levels. Once you’ve gone down the pipe, hit the switch and take a nice, scenic tour down the Donut Blocks, taking the time to carefully observe all the various puzzles awaiting you. (That, or you can step away for a quick drink; after all, we’ve already got the solutions right here.)

Once you’ve cleared the checkpoint, you’ll be greeted by your first puzzle: a Red Koopa-activated seesaw. As any Super Mario fan knows, Red Koopas never abandon their patrol stations, so clever manipulation of both On Switches and One-Way Walls is necessary. The Switch produces makeshift block bridges, so simply smack it just before the Koopa turns away from the gap. Do this three times, and it’ll lower the seesaw for you. 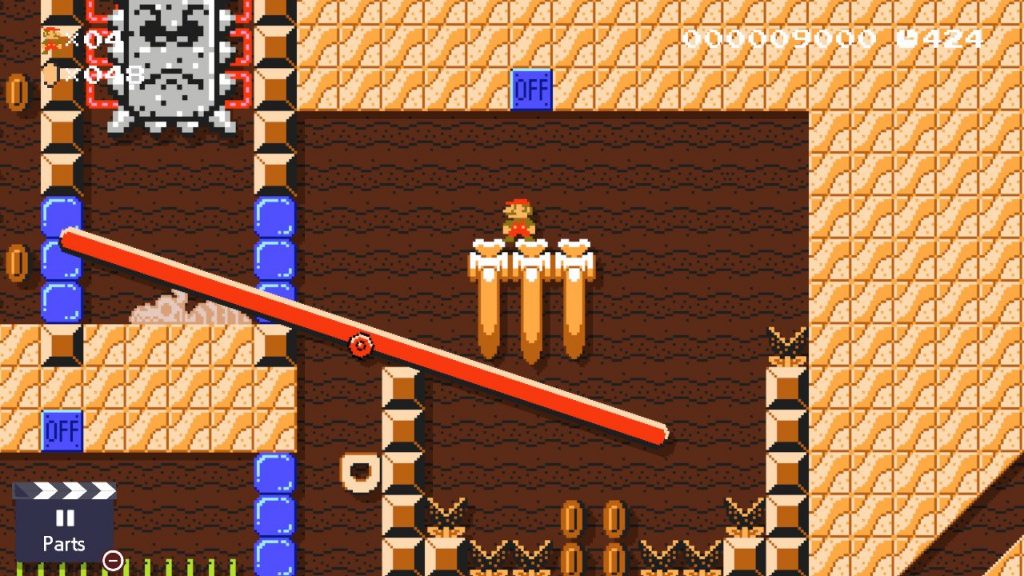 The next section requires some heavy seesaw-lifting — you’ll first raise a spring form the next seesaw, then hit the switch and bounce away to the next floor. But the second one’s a tad more tricky, as Small Mario isn’t bulky enough to lift both a Piranha Plant and a Spring. What’s a plumber to do? Hit the switch that’s in plain sight and steal that Goomba’s Shoe from the pipe, duh! Whoever knew they were so hefty? Anyway, ignore the Donut Blocks in the next section and hit the switch to make the Red Cannons drop, then carefully navigate around their fire as you head into the nearby tunnel. Abandon the shoe as you climb up the vine, then time your slide-ride so you’re not in the Red Cannon’s line of fire. (For reference, sliding right after it fires is your best bet.)

This Bob-omb puzzle’s tricky: after hitting the Off Switch, you need to manipulate the seesaw so it tosses the explosion-prone baddie up towards the Piranha Plants, but you need to act fast before it blows up prematurely. Once the Red Cannon fires a Bob-omb, have the seesaw scoop it up, then quickly dash to the seesaw’s other edge so it’ll chuck the bomb up — bye bye, Piranha Plants! For the Thwomp obstacle, simply hit the On Switch, prop the evil stone up into the see-through red space, then bop the switch and watch it fly off the screen.

Who wants an undead pet? 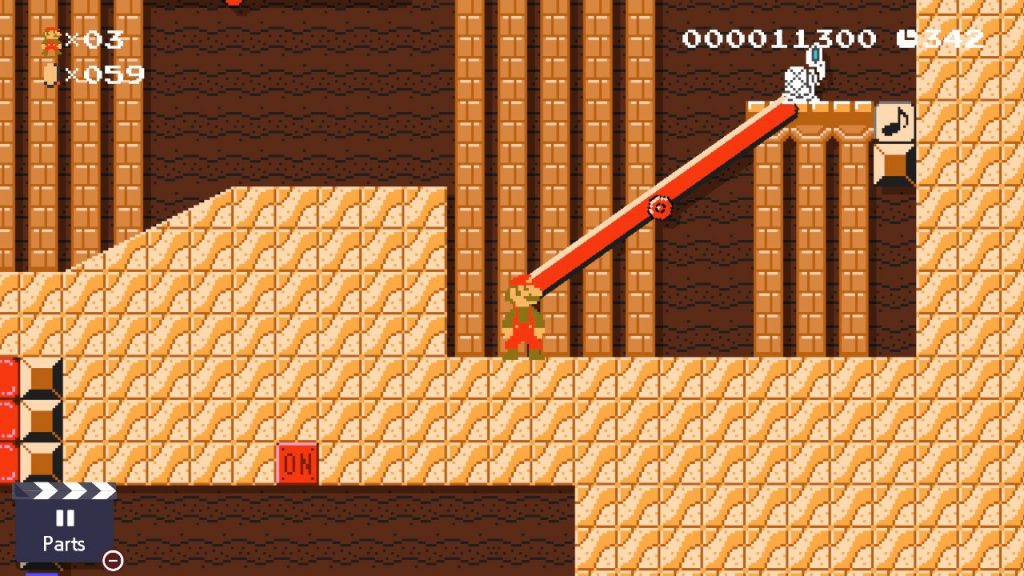 For your final puzzle, you’ll have to take a Dry Bones for a walk — grab the mushroom from the ? Block if you wish, then approach the undead Koopa on the room’s opposite end. Prop the leftward side of its seesaw so reaches the Note Block-accompanied platform, then watch with wonder as it hops away! Don’t fret about it falling off — like Red Koopas, Dry Bones diligently tread their ground. Anyway, repeat the process as follows: hold the rightward side of the next seesaw, again for the next one, then simply footstool the Dry Bones outta there!

The level’s conclusion is smooth sailing — grab your hard-earned coins, kick the Koopa shell for an optional bonus if you wish, and engage in optional daredevil antics via a Piranha Plant-occupied daredevil for a flagtop finish. Whatever you choose, you’re done! Give us a holler in the comments below if you have any further questions, but in the meantime, check out our Super Mario Maker 2 Story Mode guide!