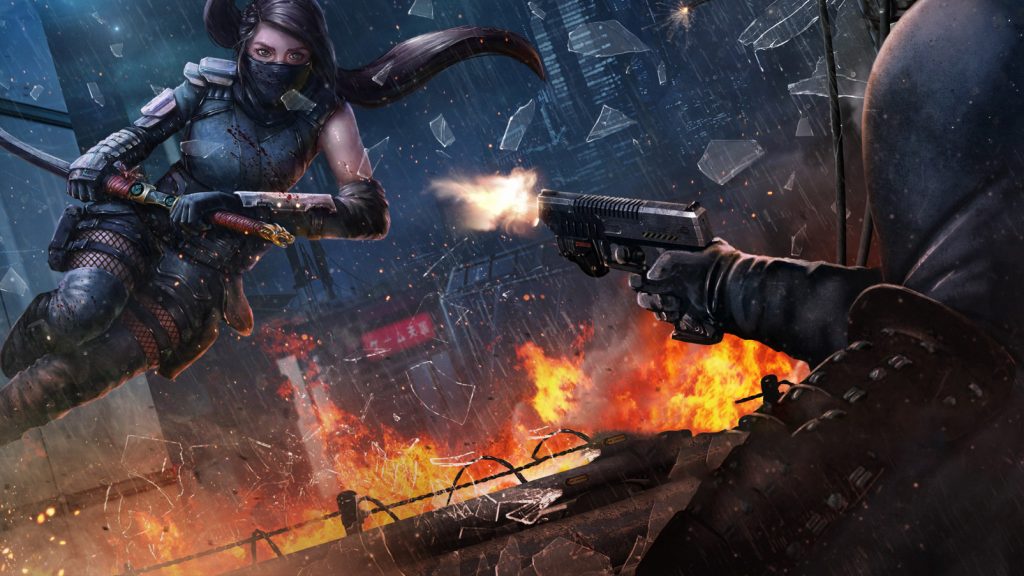 The retail PlayStation 4 version of the game, which puts players in control of a member of the Silent Ones, a righteous and secretive organization of samurai and ninja as they slice, dice, and deftly weave through waves of enemies will be priced at $39.99 and is now available to pre-order through retailers Amazon, GameStop and Best Buy.

Sairento VR offers a variety of melee weapons and firearms to master and enhance, and both types can be wielded simultaneously, turning your VR avatar into a veritable death-dealing machine. You can even slow down time and execute stylish, acrobatic takedowns.

· Single Player Campaign Mode – Players looking to skirt the shadows solo can delve into the full single-player campaign, tasked with identifying the root of corruption within the Silent Ones organization. To find the truth, they must face off against mutated samurais, devious ninjas, creepy robot geishas and hulking sumo wrestlers.

· Single- or Multiplayer Challenge Modes – In addition to a single-player campaign and challenge modes, Sairento offers a standalone mission mode that can be tackled solo or cooperatively with another player.

· Action Hero Prowess – With the ability to slow time down, players can perform the artistic executions of their choice to become the ultimate ninja badass. In addition to the range of combat choices, players can perform a wide range of acrobatics, leaping 15 feet into the air, performing double jumps, running across walls and sliding across the floor to outmaneuver enemies.

· Fully Loaded Arsenal – Including all base game weapons and the “Sairento VR – Weapons Pack” DLC from the PC version, the physical edition offers a variety of armaments for players to adapt their tactics to best suit their own style. Katanas, guns, bows, kunais and throwing glaives can all be enhanced with relics to equip the player as they contend against the ever-present cyber ninja threat. And really, anything can become a projectile weapon with the right modifications.

Those hoping to get their ninja mitts on Sairento VR won’t have to wait much longer. The game is set to arrive at retail on August 13.

So, will you be diving into this high-flying title when it slashes its way to shelves next month? Sound off in the comments and let us know!