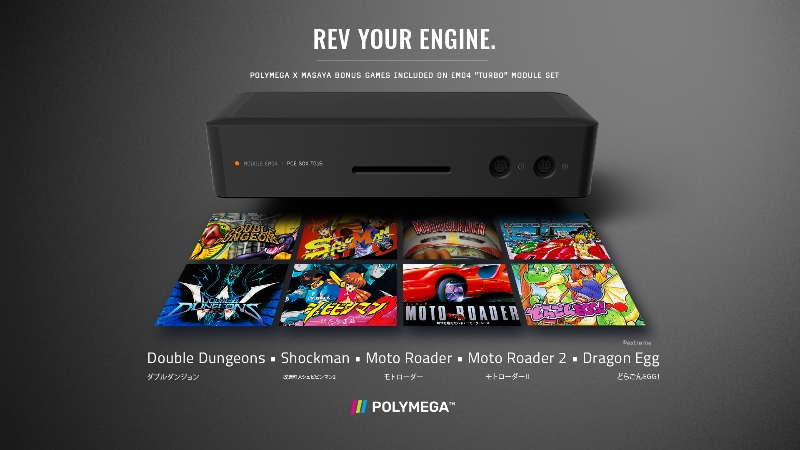 This module will allow Polymega owners to enjoy original Turbografx-16 and Japanese PC-Engine HuCard games on the system region free. It offers support for both original controllers or the Polymega’s own 6-button “Turbo” retro controller, one of which is included with the module. Of course, as the modules are only required to run non-CD games on the Polymega, the unit offers support for Turbo CD and Super CD-Rom games out of the box.

The Polymega is now available for pre-order and expected to ship in Q4 of this year. The Base Unit retails for $299.99 USD, and additional modules are available for $59.99 each. These modules offer support for a number of systems including the aforementioned TurboGrafx-16, NES, Super NES, Sega Genesis, 32X, and more.

You can pre-order the Polymega here.

So, what do you think of the look of the Polymega? Do you think you’ll be adding this versatile retro emulation station to your collection when it launches later this year? Sound off in the comments and let us know what you think.