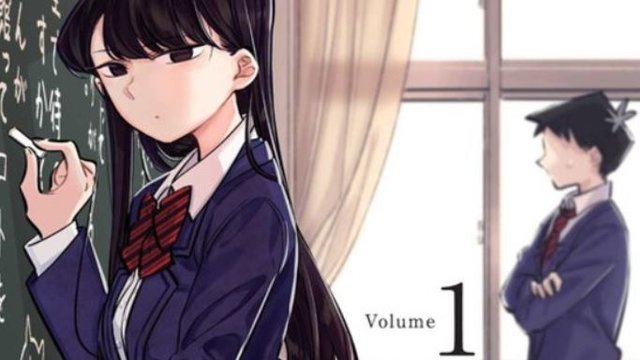 So, here’s something you don’t see everyday: a “boy meets girl” manga where the guy helps the girl overcome her crippling social anxiety. Labeling Tomohito Oda’s Komi Can’t Communicate as a rom-com would be remiss; yes, there exist sparks between the two leads, but I liken it more to a situational comedy of two hopeless dorks — one purposely depriving himself of any aspirations, the other encumbered by a communication disorder — who come to find purpose in one another. “Wholesome”, as the internet has recently come to overuse, would indeed suit a heartening concept such as this, even if not Komi’s beginnings don’t always land efficiently.

As the titular Komi can only communicate through the written word, the hapless Tadano (with occasional help from the omniscient narrator) is our vehicle into understanding Itan Private High’s beloved idol. An unsanctioned title, to be sure, yet also one outside the scope of her understanding: to her, the looks of admiration and awe worshiping her beautiful figure come across as intrusive glares judging her every move. Tadano’s as smitten as everyone else, yet the reverse holds true for him: Komi’s intimidating countenances, which threaten to ruin his wallflower visibility, are but aborted attempts at conversation.

What we have here is a humbling tale of opening doors: through the virtue of polar opposites that aren’t so unalike, a mutual kinship is forged. Tadano’s perception, initially mocked by his classmates, is the fuel for Komi‘s first volume and its 19 individual chapters. That these episodes are of varying length may be elaborate — many linger between six and nine pages, building to a punchline segueing into the next segment; meanwhile, one of its longer episodes cementing Komi and Tadano’s budding friendship begins, develops and concludes through the power of silent communication — mingling teenage awkwardness and youthful ambition into a heartening goal they can strive towards together.

Regardless, those who’ve dealt with similar issues — not the least in the “communication disorder” Komi diagnoses its female with — may worry this new series foregoes appropriate sensitivity for comedy. On one hand, as Komi fluctuates between comic hijinks and heart-warming escapades, little to none of the gags occur at Komi’s expense — inconvenient as it may be, her feverish cult worshiping her every move acts as a safety net, leaving poor, well-intentioned Tadano taking the brunt of their wrath. Harsh as Komi may be on herself, the student bodies’ adoration spares us from any mean-spirited storylines or jokes hitting home.

No bullying here — unless your name’s Tadano. 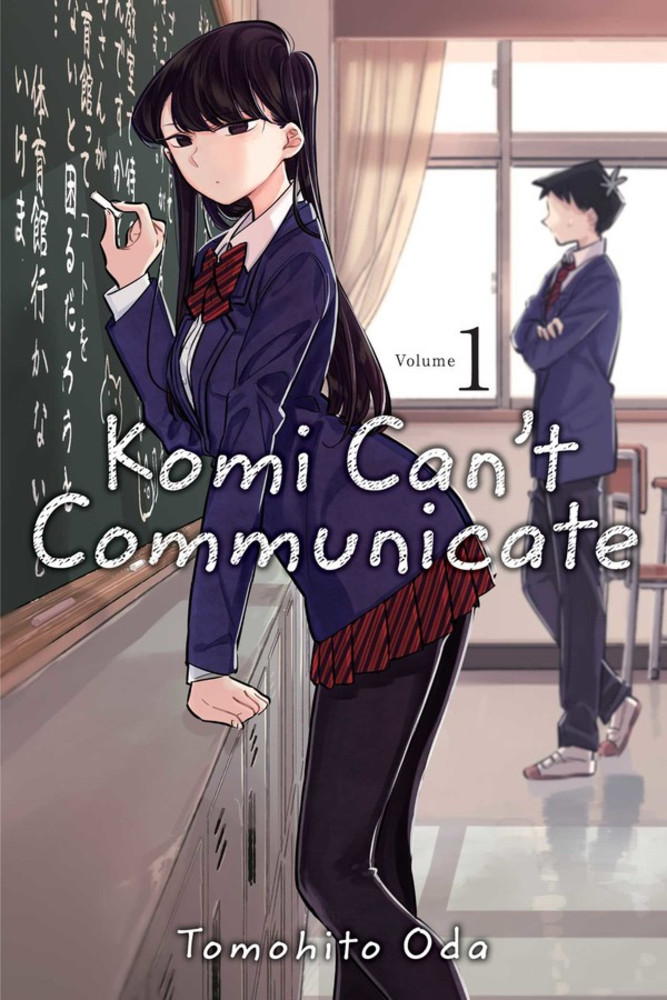 Still, other themes may not land as gracefully. As asserted by the series’ narrator, “this school has a very high concentration of quirky individuals”, and what better examples than Komi’s first two non-Tadano friends — Najima Osana, a genderfluid (I’m assuming, anyway) social butterfly, and Agari, a reserved fanatic within Komi’s following. While the former instantly raises potential red flags of transphobic portrayal, she’s like Komi in how she’s not ostracized for being an anomaly. (As it happens, she knows everyone in school.) Any uncomfortable body gags aside, she too is only reprimanded whenever she makes a poor choice of words and/or unrealistic demands of someone with crippling anxiety.

Regardless, the whole point here is that for all of Komi’s struggles, the story emphasizes she’s hardly alone and is in similar company of other “weirdos.” A humbling message, to be sure, but the lengths in defining their eccentricities may be off-putting; if anything, I found Agari more egregious in that her slavish mentality not only comes off as one-note, but echoes too much of the “I have a lesbian crush on you in a non-homosexual way” trope far too common in manga such as this. (Putting it this way, her history with shyness is far more interesting than tired “oh she’s an old man in a girl’s body” expositions, but I digress.)

Still, it’s hard not to root for the main duo: Tadano’s parental instincts are infectious and we find ourselves mirroring his inner victory dances towards Komi’s progress. Komi herself is the star of the show, with our hearts swelling whenever her adorable, doe-eyed blank expressions of intense interest shift into genuine emotion. (Not the least with her private exercises — how proud we are when she practices smiling in the mirror!) For the moment, Komi aims for pleasantness, but never to a damaging fault.

Reviewers and fans alike have asserted Komi Can’t Communicate is a bag of fresh air in its relatability — to avoid the stereotype of introverted anime/manga fans, it’s all too easy to recall that crushing pressure of public embarrassment and social interaction in class. As one who’s had no shortage of failures in communication and public perception, I’m eager for Komi to complete her goal.