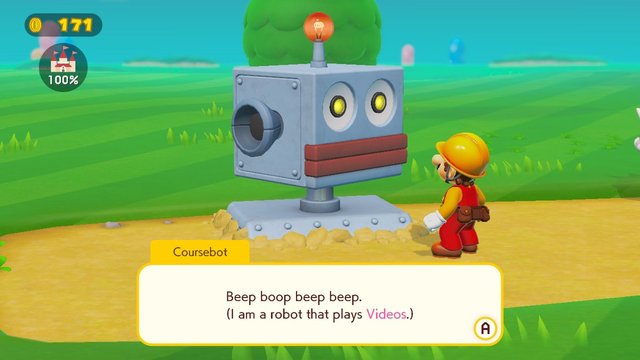 What, you thought Coursebot just archived your Super Mario Maker 2 levels? As it turns out, the robot’s also helping out with the construction of Peach’s Castle — and by that, we mean he’s taking a dirt-nap. No, he’s not dead; he’s literally taking a nap underneath the castle grounds. Let’s wake that lazy hunk of metal up!

So, Where Do I Start? 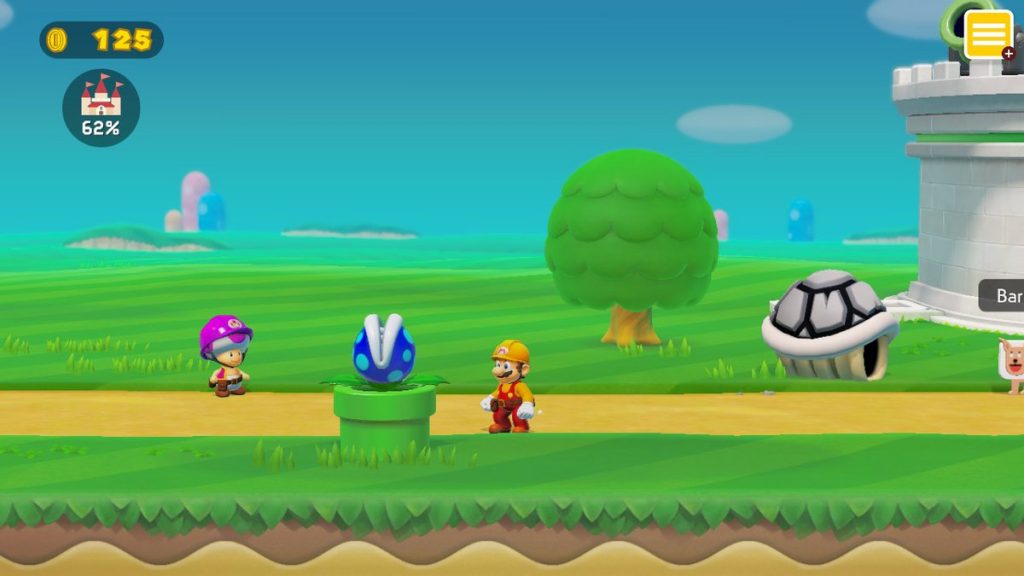 You’ve probably witnessed that little red bulb on the far left path of Peach’s Castle — that’s Coursebot’s antenna, but you won’t get anywhere by interacting with it. Nay, you need to complete two separate tasks.

The first mission is issued by Purple Toad — sometime after you’ve completed POW Block Wake-Up Call!, you’ll find said Toad observing the Blue Piranha Creeper snoozing in the green pipe. Care to take a guess what his request will be? 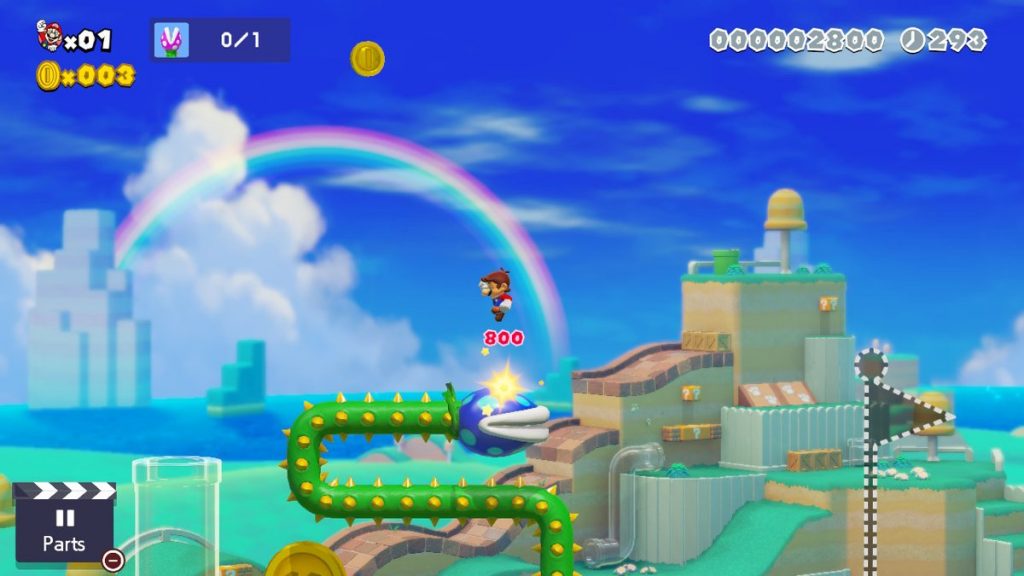 While this Mario 3D World level requires some crafty jumping on your part, it’s easier than it sounds. Travel up the Clear Pipe and observe the snake-like body of the Piranha Creeper — in order to activate the stage-clearing flag, you’ll need to repeatedly bounce on its head until it retreats into its respective pipe. Simply hold the Jump Button (that’d be B or A, depending on your preference) and maneuver about as necessary until the deed is done.

What Next? Beat the game!

With the Piranha Creeper out of the way, now you can travel underground! But a problem arises — thanks to a brick blockade, you can’t progress any further! The necessary tool — the Builder Suit’s Hammer — is only available after clearing Story Mode and rescuing Chief Toadette. (It should be noted other sources claim you need to clear Princess Peach’s “Let’s Go, Builder Mario!”, but that isn’t the case — yours truly undertook the next step before taking that job.) 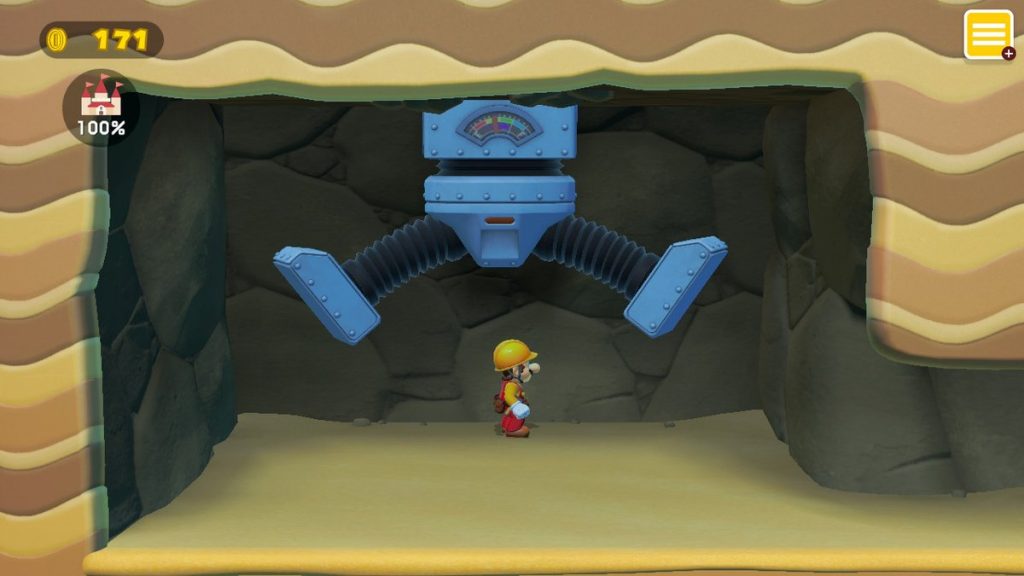 Regardless, return underground after you’ve completed all that, and press the A Button prompt when approaching the bricks to smash ’em. You’ll discover the suspended body of Coursebot further in — position Mario directly underneath and reboot the robot’s system by doing what Mario does best: jumping!

After enough bops, Coursebot’s massive noggin will unearth itself above. Your new assistant won’t offer anything too mindblowing: just the option to rewatch the Opening, Ending, and Credits. Still, isn’t it great the poor guy’s getting some fresh air? Anyway, give us a shout in the comments if you have any further questions, and remember our Super Mario Maker 2 Story Mode Guide is just down the corner! 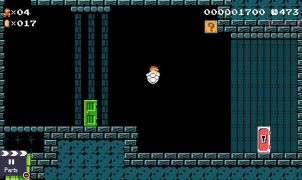 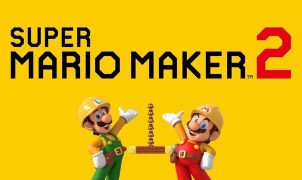 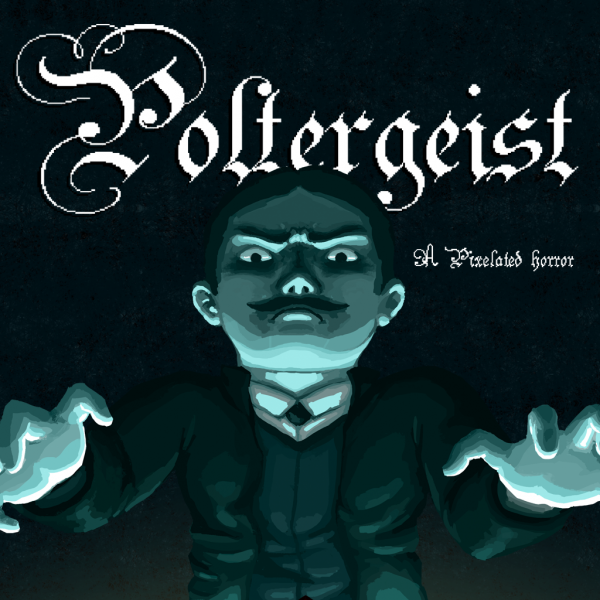 BOO! Ghostly puzzle game will have you feeling incorporeal.    Imagine playing an old Resident Evil title but you are a zombie. Silent Hill but you’re pyramid head. Mario…