It’s time for science! And cheating. 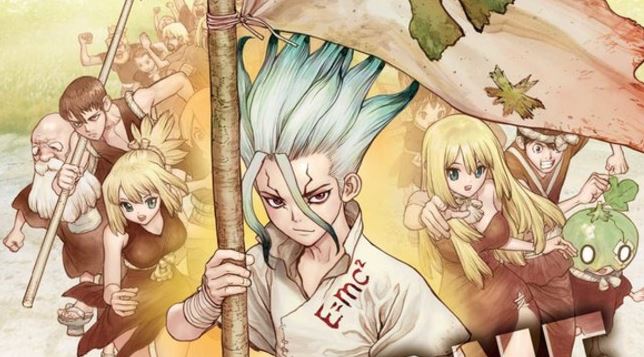 Just how is Dr. Stone so good? I know, I can’t stop gushing over its post-Taiju volumes, but just compare how that series stumbled out the gate — not the least in a rushed premise and two protagonists, one charismatic and the other woefully generic, striving for supremacy — and to what we have now: an exuberant, heartening, downright confident piece of edutainment that is outright the funnest series in today’s Weekly Shonen Jump. I already had this epiphany when Volume 5’s respective chapters ran however long ago, but shame on me for ever doubting writer Riichiro Inagaki’s Eyeshield 21-honed prowess of stunning developments, comedic timing, and fleshing out an engaging cast I now absolutely adore. And say what you will about artist Boichi’s anatomy and proportions, but the man is a master of comedy — had I not read this volume in a library, I would’ve been howling at Ginro’s delusions of grandeur.

Delusions of grandeur over what, you ask? Winning a tournament to become Ishigami Village’s chief, of course. Senku, Chrome, Kohaku, and the rest of the Kingdom of Science recognize how overcoming the village’s mountain of muscle in Magma may very well be an impossible task: not only is he a talented warrior, but he’s not above cheating to get what he wants; why, thanks to his underling’s meddling, it’s all but certain Kohaku is out of the running. How can the kingdom possibly fight back with vision-impaired guardsmen and wimpy scientists? Obviously, by fighting fire with fire — with Magma’s dirty tactics obstructing their path to victory, Senku and co. have no choice but to level the playing field; in turn, the Grand Bout’s now sullied by outside interference, throwing matches, and yes, not one but two pairs of innocent family jewels caught in the crossfire.

All raucous entertainment for the sake of saving Kohaku’s ailing sister in Ruri, you understand, yet its flawlessness in flexing between gut-busting antics and exhilarating triumph is nothing less than manga magic rivaling that of Hideaki Sorachi’s Gintama. Putting it this way: even if we were to set aside Kinro’s sportsmanship regarding his new headwear, the Grand Bout remains steeped in such shameless depravity that it should be impossible to mine any feel-good pride for our “heroes.” (Really, look no further than how, upon being reminded of the rules, our morally dubious protagonist in Senku regretfully tosses aside his hidden projectiles in potions and poop). Thusly, Dr. Stone takes careful balance in maintaining its ethics: when Ginro’s caffeine stimulants develop self-satisfying delusions to the point of forsaking the plan, he’s played off as the spectaculor fool he is; when Chrome engages in a David and Goliath match-up, the stakes and scientific miracles applied are enough to override the “sorcery” of a certain surprise guest.

Not quite as noble as they look. 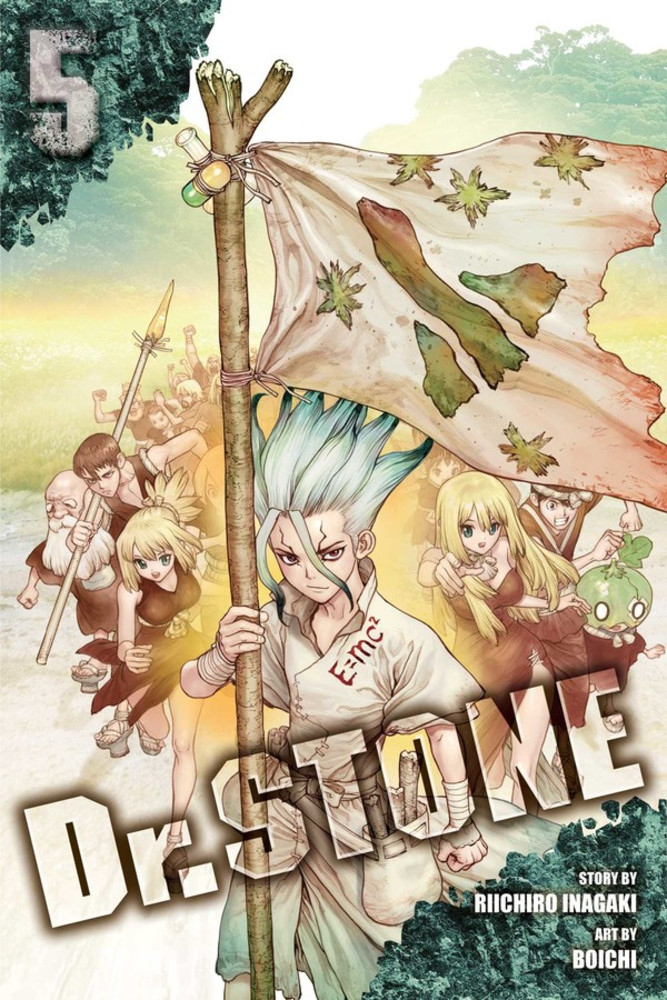 That Inagaki’s post-apocalyptic cast and world can shine through is a testament to his storytelling strength– the bout’s twist ending and the ensuing abruptness of a certain…ahem, separation that follows being further evidence — and yet I cannot hail Boichi’s art enough. We’ve been over his attention to detail and comedic expressions before, but I continually find myself being stricken at the uncanny resemblance he presents with Inagaki’s previous partner in Yusuke Murata. It’s no easy task living up to whom I personally regard as Japan’s greatest manga artist, but the same energy persists: every exaggerated movement and expression flourishes with such fervor it’s impossible not to get caught up into Dr. Stone‘s enthusiasm. Even having an unmasked Suika just standing behind two commenters, her face scrunched up in a futile effort to witness a match is enough to send me into a fit. Inagaki may be the mastermind to the series’ never-ending fun, but Boichi refines it into immaculate passion.

All this and more would be enough to earn a perfect score, but alas, it’s not meant to be. As thoroughly delightful as Inagaki/Boichi’s material is, I’m afraid I can’t overlook the negligence on Viz’s end in typos and whatnot. We’re not just talking about misspelled words; nay, I’m referring to how little Suika — the apple-masked trickster — initially refers to herself as male! (And on the very first page of the very first chapter, at that!) A minor error, sure, but still one that had me zipping straight to fan databases to ensure I hadn’t made the same assumption past two years. I’m certain the tyke’s third-person vocabulary is tough to handle, but sympathizing as that is, it just goes to show how treacherous localization can be.

Still, it’s hardly enough to dismiss yet another comic masterpiece. How this volume conducts the ensuing expository flashback is something I’ll let new readers discover, but in the event you were turned off by Dr. Stone‘s initial volumes: I cannot recommend a second chance faster enough. It’s a genuine article of edutainment: never patronizing, never pointless. Whoever knew it could be this much fun learning how to light someone’s clothes on fire?