How to Obtain The Power Glove (Cadence of Hyrule Guide) 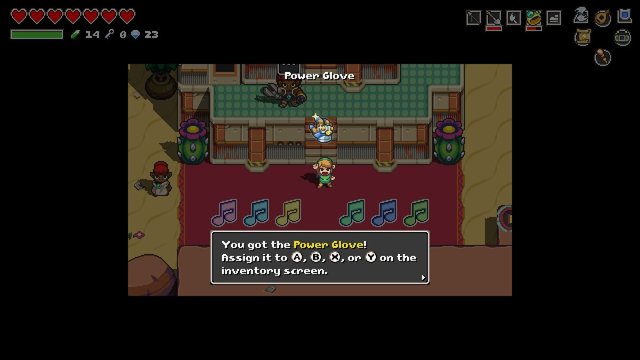 Ever stop to consider why there’s apparently always one Power Glove as opposed to a pair of Power Gauntlets? Probably not, unless you’re a Zelda superfan with too much time on their hands, but for now, just note that Cadence of Hyrule continues this “just one Power Glove” tradition. Anywho, it’s important to remember the Power Glove’s not an item necessary to beat the game, but if you’re looking for 100% completion, it’s an absolute must. (Plus, it’s a handy tool for your weapon arsenal — watch for falling rocks, monsters of Hyrule!) 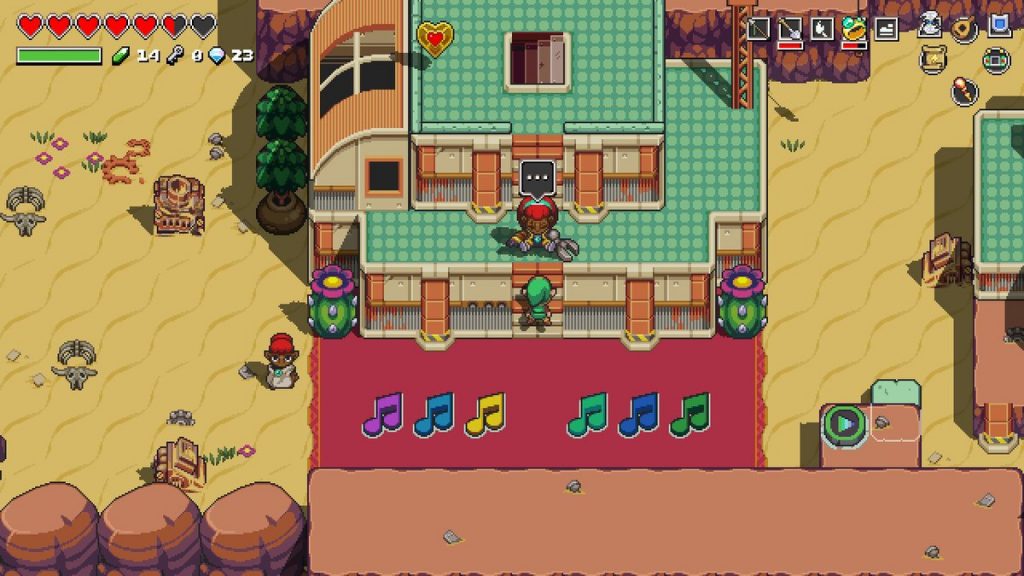 Your treasure lies within the sandy Gerudo Town. As the overworld is randomly-generated, we can’t give you the exact coordinates, but the desert settlement shouldn’t take long to find. Once you’ve arrived, head to the center of town and observe both the carpet-imprinted music notes and the sleeping wrench-wielding Gerudo: Barriara. yup, it’s another music puzzle! To activate it, move the big stone tile down towards the hill with the play button.

While the familiar tune only consists of eight notes, the rapid pace may render it difficult to memorize. In that event, we highly recommend using the Switch’s video-record feature; that way, you have a handy reference to help reenact the tune! (In case you’ve forgotten, you just hold down the snapshot button to record — remember you can trim down the video if it ends up too long!) Careful analysis reveals the song repeats after four notes, so use that to your advantage.

Once you’ve succeeded, Barriara will awaken from Octavo’s spell and reward you with the Power Glove! Huzzuh!

Alright! So what now?

Experiment by tossing around rocks and crates! Bear in mind the Power Glove must be equipped for use, but you’ll find it a handy tool, regardless: aside from being a destructive weapon, its throwing prowess is absolutely vital for certain overworld puzzles, so apply it to any you were stumped on previously! 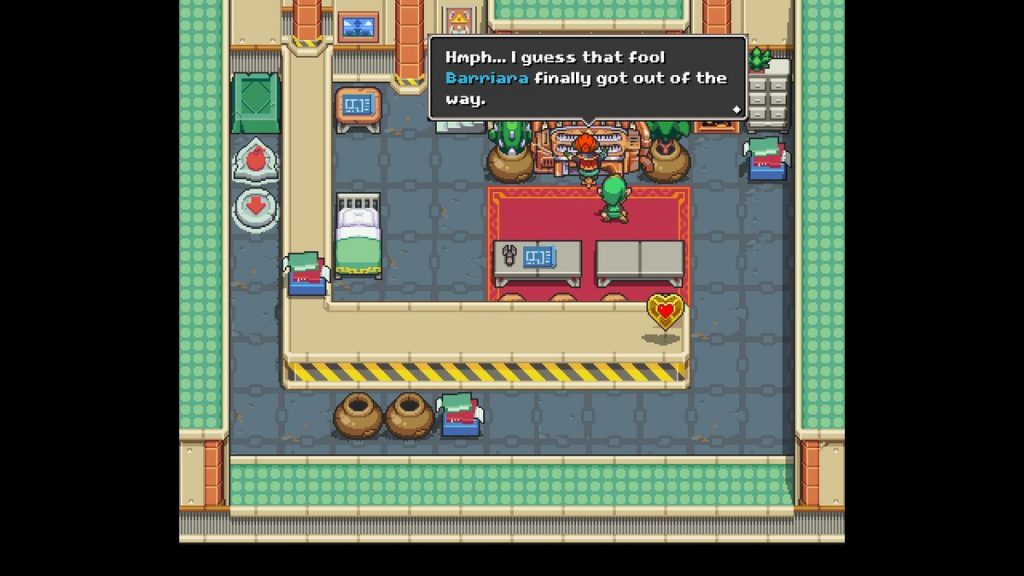 By the way, did you check out the house Barriara was guarding? Just who is that familiar prince playing the organ? Rumors run abound of a potential fifth character lurking within Cadence of Hyrule, so does he fit the bill? Let us know your theories and any other questions you may have in the comments below!