How to Solve The Lost Woods (Cadence of Hyrule Guide) 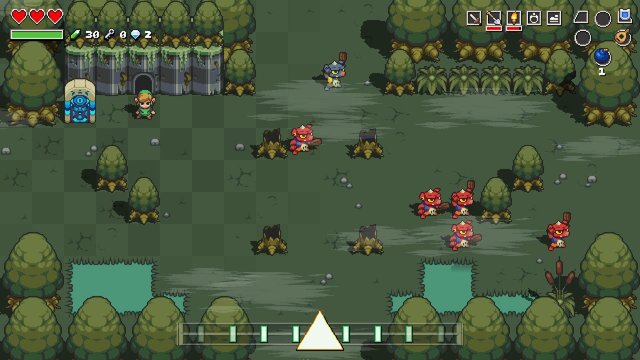 Ah, The Lost Woods — the mystifying Hyrule maze that’s baffled chosen heroes for over three decades. Naturally, in its tribute to all things Zelda, Cadence of Hyrule was obligated to include this head-scratching labyrinth to further torment series veterans. But fret not: not only has Hey Poor Player whipped up a handy guide for navigational purposes, but we’ve even taken the time to clear up a misunderstanding or two found in other Lost Woods guides around the internet. We’ll get right into both…right now. 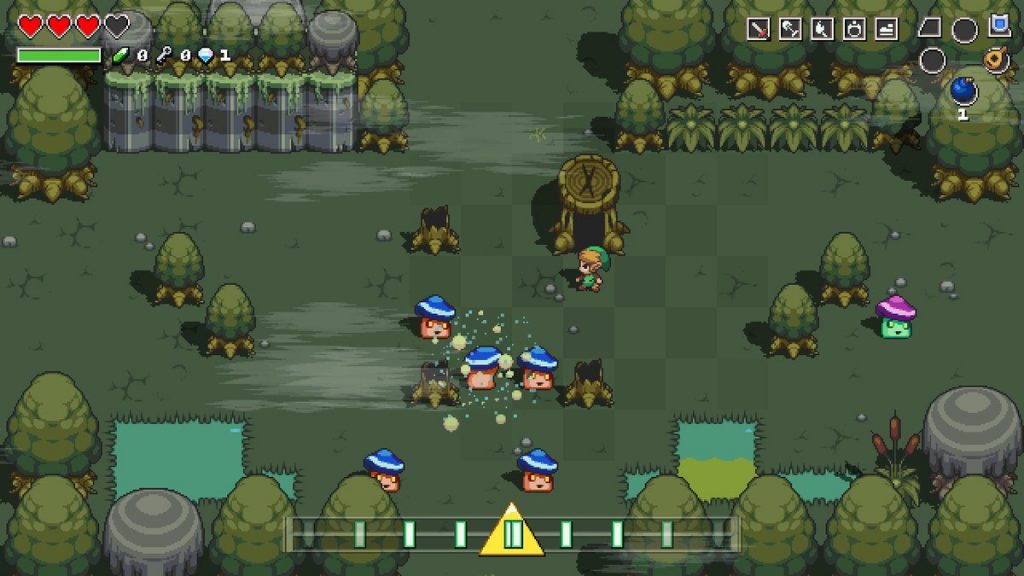 As seen above, your first stop is a suspicious hollow stump surrounded by Puffstools, but while it’s just a screen away from The Lost Woods’ beginning, the way there changes with each save file. See, just as Cadence of Hyrule’s overworld varies with every playthrough, The Lost Woods shifts accordingly, so no same solution applies twice. You’ll simply have to experiment with the other three exits until you come across the stump — within, you’ll find a familiar face taking a nap…

Oh god, not Tingle. Come on, do we really need to wake him? 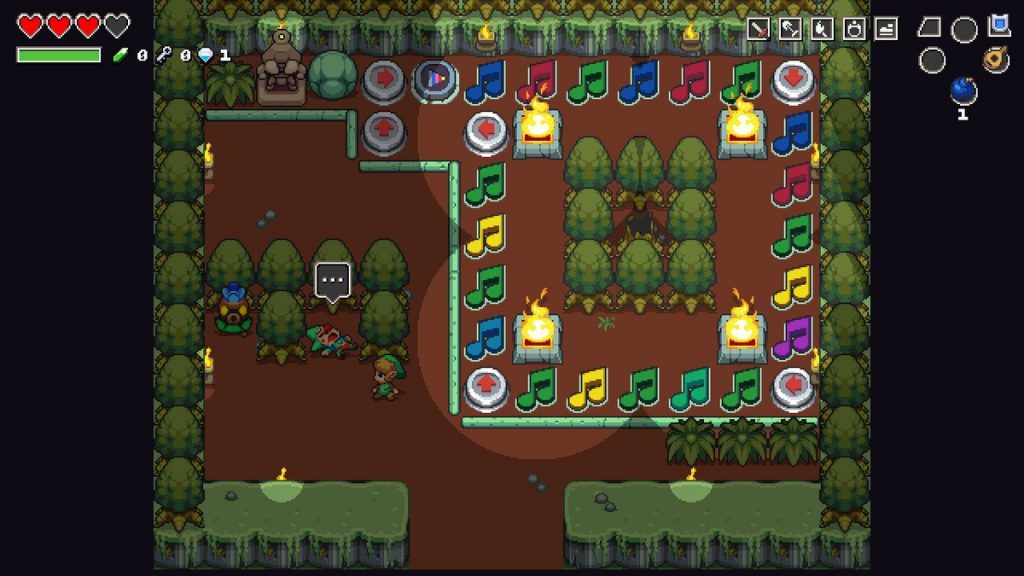 Hey now: Tingle’s always been there for us whenever we’ve needed him! Like when he forced us to fork over 3,184 Rupees in The Wind Waker to translate Triforce Charts, and when he kept stealing lost Force Gems in Four Swords Adventures, and, uh, when he lights everyone on fire as a Smash Bros. Assist Trophy…okay, you know what we mean. Regardless, the 35-year-old manchild’s the key to solving The Lost Woods, so it’s time for him to rise and shine!

First thing’s first — we gotta solve that music puzzle Approach the Armos statue to your north, then step back before it self-destructs to begin the boulder-initiated rhythm. To emulate Ocarina of Time’s famous, you’ll have to pay special attention to the Beat Indicator at the bottom of the screen. It may take a couple tries to match your rhythm to the white-green bars’s assimilation with the Triforce triangle, but it shouldn’t take long.

When you succeed, Tingle will awake and grant you the Tingle’s Dowser. When assigned to one of your four buttons, this familiar-looking device will guide you through The Lost Woods!

Okay, but…it’s not doing anything. 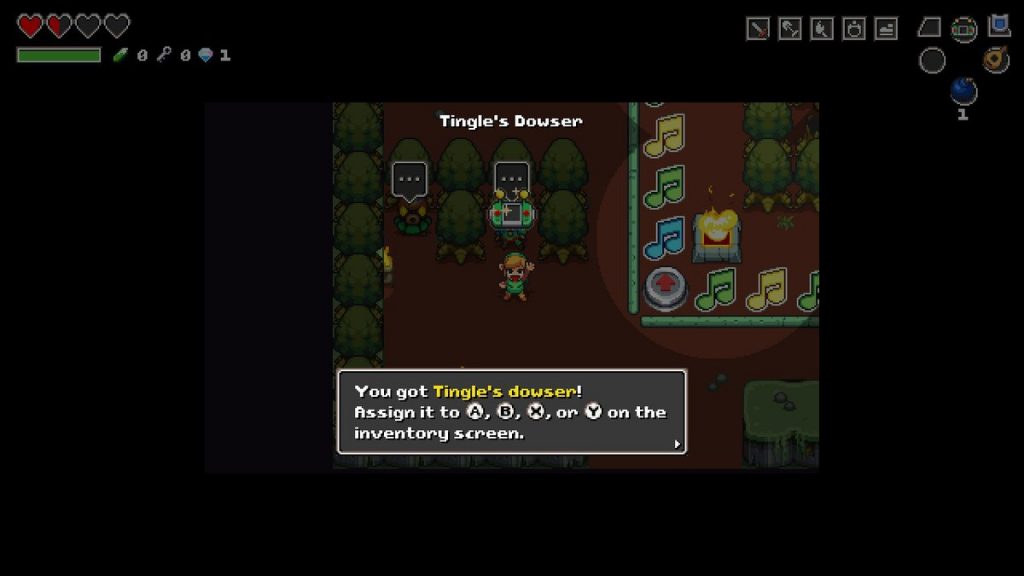 Ah, but it is — don’t you feel your Switch vibrating beneath your fingers? That’s the Dowser signalling the way forward. When you approach the wrong exit, it’ll only pulse slightly, but when used towards the correct path, it’ll rumble to life. That’s your ticket to the Lost Swamp dungeon! Again, the path changes every playthrough, so follow the next four screens accordingly to reach it.

Whether you dodge or combat the enemies stalking you hereafter is up to you, but given the prowess of the beasts lurking about (not the least in a Lynel!), we may recommend reserving this puzzle/dungeon until you’ve acquired more heart pieces and long-ranged weapons. Regardless, it it’s all totally up to you!

(By the way, isn’t the post-enemy ambiance just divine? Turning A Link to the Past‘s nostalgic tune into a disco rave was one thing, but man, that synth’s just otherworldly.)

Hey Poor Player is planning more Cadence of Hyrule guides in the near-future, so check back with us! In the meantime, let us know if you have any further questions in the comments below! 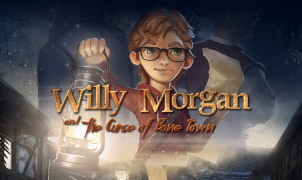