Make way for the Reverie. 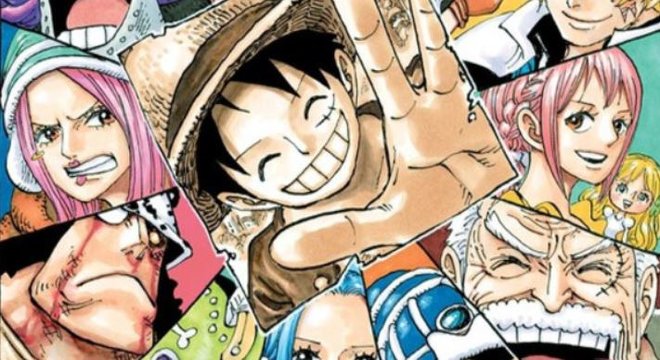 It’s over, it’s over. It’s finally over. After begging and pleading for Whole Cake Island’s three-volume climax to end, my wish is finally granted as of One Piece Volume 90. As we inch ever closer to triple-digit volumes, we spend the first couple chapters saying farewell to the Big Mom Pirates and move on to greener pastures in Wano and Reverie — the latter dominating this particular iteration. To recap for those who missed my previous reviews: while Whole Cake was hardly series-ruining, never before was One Piece so inundated with molasses pacing and an exponentially-overwhelming cast (roughly half which shared the same naming conventions), and I found my engagement quite strained. Much as I hoped for hour-long volume reads to capture that series magic as opposed to the weekly crawl, that sadly never came to pass.

But I’m willing to let bygones be bygones, for if there’s anything writer/artist Eiichiro Oda is good at, it’s post-arc exposition dumps of current going-ons across the pirate-infested globe. And this is no ordinary arc transition; nay, it’s the Reverie itself — a World Government-sponsored meeting gathering world-famous leaders to discuss earth-shattering events. If there’s any indication Oda himself had come down with Whole Cake fatigue, let it be evidenced in the story’s instant revitalization via what’s easily One Piece‘s most thrilling, riveting info dump yet. Oda’s typical tricks are at work: be it incidental name-drops or jaw-dropping reveals, we’re greeted with ample fanservice paving new roads into world-building and tantalizing hints for the future.

Naturally, this is an excuse for One Piece to dump all sorts of fan-favorites into the fold, including Vivi, Sabo, Lucci, Wapol, Shirahoshi, Rebecca, Sai, and yes, even Karoo. As always, Oda doesn’t settle for them sitting around as eye candy; nay, One Piece‘s world is ever-organic, with this grand stage mandating they must push the story forward. For instance, having Vivi stand up to a former antagonist in Lucci is exciting; having it not only tie into the Fish-Men’s persecution and hopes of human/Fish-Men assimilation via a character who’s only previously existed in a flashback proves yet again the One Piece fan’s mantra of “Oda never forgets”. Not that this doesn’t have precedent, but that only speaks to our astonishment at how time and time again it involves fleeting figures we never thought would appear again, only to flesh out the world into unthinkable directions. Oda just doesn’t forget; he never fails to surprise. 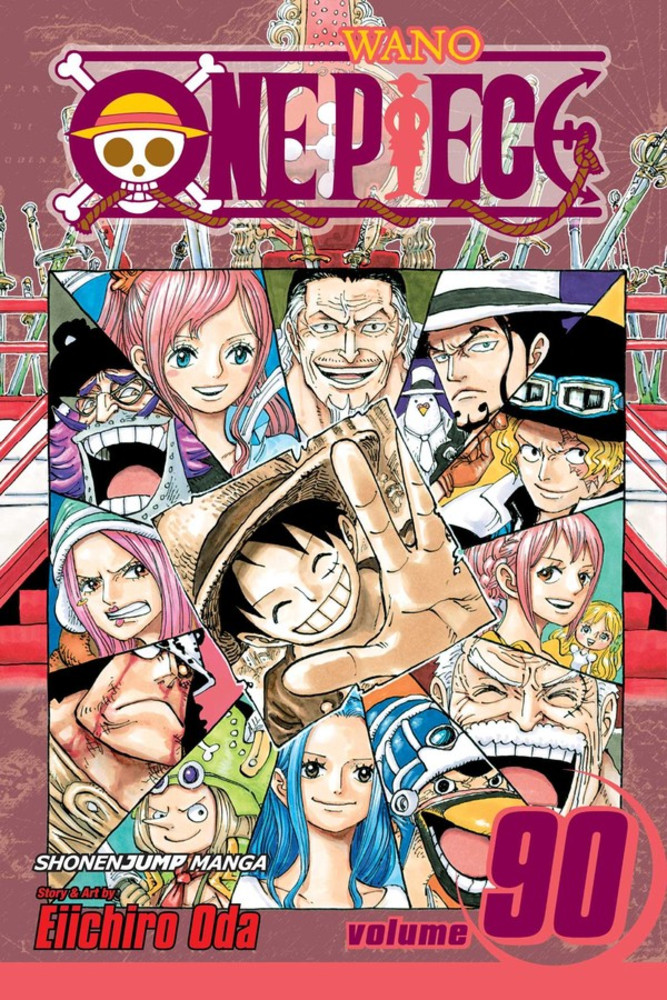 This isn’t even getting into all the different factions at play — as the Marines watch with horror at the Emperors openly bickering over who gets to take Luffy’s head, the Revolutionaries have plans of their own in infiltrating the Reverie, and they’re not about to play nice when it comes to rescuing an old friend. Recent arcs have also juggled a sizable portion of characters, but Reverie’s condensed focus in teasing newcomers and balancing old faces means we can coast through the excitement at a reasonable pace. For just the span of four chapters, it’s an immense bag of fresh air. (And even if you’ve forgotten who’s who, don’t fret: Oda was kind enough to include a 7-page recap entailing the backgrounds of the key players.)

Best of all? It’s not even over. While we obviously won’t see the entirety of Reverie’s 7-day conference, everything that happened hitherto was just the prelude, as our eventual segue into Wano cuts in just as the actual meeting begins — cue the prolonged cries of “Awwwww!”. As of this writing, the serialization has yet to shift back to Reverie, but that’s what makes this calculated move all the juicer — with Luffy and co’s efforts against Kaido guaranteed to rock the boat (and that’s putting it lightly), whatever consequences result will certainly further inflame an environment where all the royals and World Nobles are already tip-toeing around. In summary, it’s all amazing teases for the future, right down to shadowy figures and surprise pirate crashes leaving us begging for more. As the speculation goes on, all I ask is: will even Karoo play a part? Maybe, maybe not, but I can just envision Vivi’s spot-billed duck innocently stumbling upon a world-changing secret…

But what of Wano, you may ask? As the Straw Hats prepare to reunite once more, only two chapters at Volume 90’s tail-end give a glimpse into One Piece‘s take on Ye Olde Japan. In respect to an arc that’s been built up for over twenty volumes now, it’s difficult refraining myself on elaborating just how Oda’s love for Japanese period dramas shines through in what’s easily the strongest post-timeskip arc yet. Having just escaped Whole Cake’s stormy waters, this volume is a master-class in what moderated, calculated pacing and cast balance can do for a shonen epic. With Luffy’s mammoth new bounty in tow, the series deserves no less.

Astlibra Revision Review: As the Crow Flies to Adventure!   Aside from seeing one trailer for Astlibra Revision, henceforth referred to as “Astlibra,” in a Metroidvania Reddit group, I…