Dying Light 2 got a brand-new trailer at the Xbox E3 2019 briefing. It also got a release window of Spring 2020 and is set to be released on PC, Xbox One and PlayStation 4.

The post-apocalyptic FPS is the sequel to the critically acclaimed Dying Light, released by Polish developer Techland way back in 2015. In the follow-up, you’ll travel to The City, 15 years after the events of the first game. Humanity has fallen to the virus and the last survivors have banded together in factions, squaring off against one another to survive in the post-apocalyptic nightmare.

And of course, it wouldn’t be Dying Light without a generous dollop of zombies, and boy, there’s plenty of them in the trailer! As per usual, the game transitions between day and night, with the more aggressive, angrier and more dangerous zombies appearing after dusk.

The trailer introduces you to Aiden Caldwell, the protagonist who boasts an impressive repertoire of parkour skills like those wielded by Kyle Crane in the original.

The game was written by RPG veteran Chris Avellone, who at E3 2018, stated Dying Light 2 would be a choice-driven game, where what you do has consequences throughout the city. He also said that you’ll have multiple ways to complete a mission, but of course, that’ll have consequences too.

Aiden spends time wall running as well as swinging his way through a beautifully realised City, with a range of lighting and structures on display in the trailer.

You should really make time to watch the video below.

What do you think? Will you grab a copy of Dying Light 2 once it hits the shops? Let us know what you think in the comments. 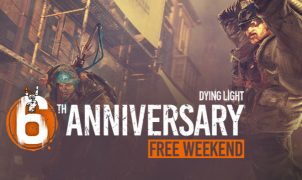 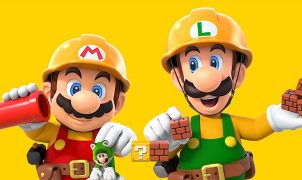