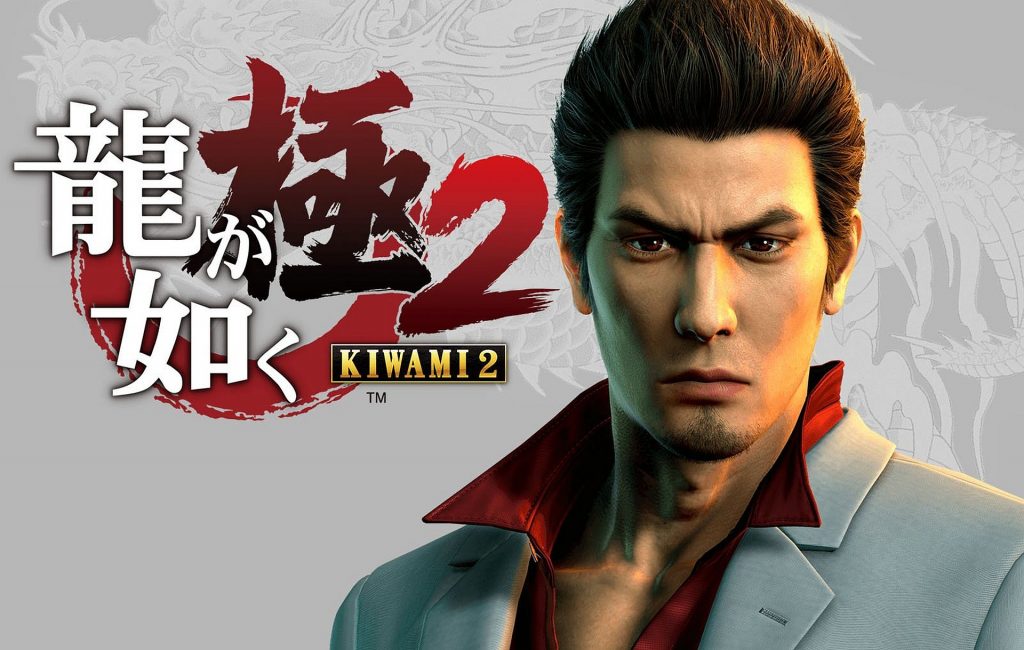 Yakuza Kiwami 2 is the latest in the long-standing Yakuza series to get ported to PC and unlike many other sequels in the video game and film industries, the Japanese mafia simulator has the accolade of being superior to its predecessor in every single way.

I had the pleasure of reviewing Yakuza Kiwami when it was released on PC in January, and I highly recommend reading it if you haven’t already had the chance. 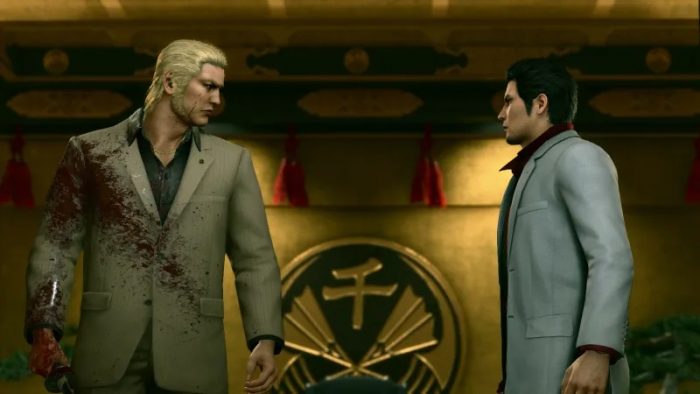 The story picks up a year after Yakuza Kiwami. Kazuma Kiryu (“Kiryu”) has taken a step back from the Tojo clan to care for his adoptive daughter Haruka, when suddenly, the clan’s Fifth Chairman, Terada is assassinated by rival Yakuza firm, the Omi Alliance.

The Tojo clan calls Kiryu for help and you’re thrust into a story that pits the ex-yakuza against his biggest challenge yet – Ryuji Goda, Omi Alliance hardman; also known as the ‘Dragon of Kansai’.

Stories in video games tend to be the most important factor for me when I buy a game, so let’s start here. Yakuza Kiwami 2 has a tremendous story, that’s even better than the first one. And if this is the first time you’re playing the Yakuza series, you can recap the events of Yakuza Kiwami in a neat flashback sequence at the start of the game.

Alas, I digress, it’ll take you about 20 hours to punch, kick, slap and stab your way through the plot – with more twists and turns than a mazy run from Lionel Messi. I’d say the story, while it does have its occasional nonsensical moments, is far more serious than the original – and it’s the better for it. It’s more focused, more impactful and makes room for emotionally charged scenes for Kiryu and the cast.

Fans of Majima-san may be disappointed to hear that he’s been relegated to the bench for most of Yakuza Kiwami 2. However, SEGA has crafted his own scenario, the appropriately named ‘Majima Saga’, which doesn’t fail to deliver the things we’ve grown to love about our favourite frenemy.

You can blast your way through Majima’s campaign in about three hours or so, but I didn’t feel short-changed, certainly when considering the overall package SEGA has crafted.

A World That Feels Alive 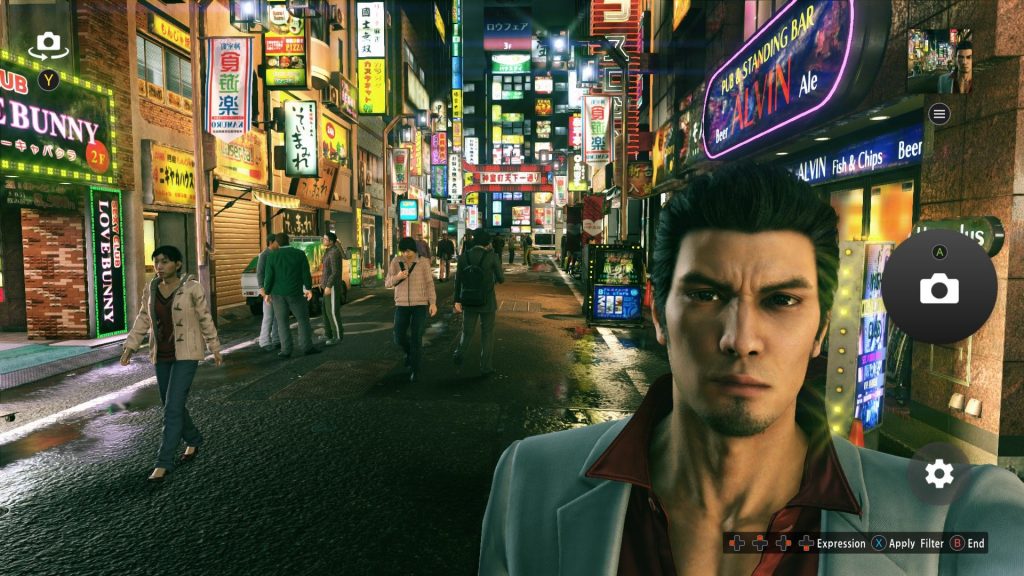 If I had to pick one criticism of Yakuza Kiwami, it had to be that its world felt empty, compared to other, more modern AAA titles such as Assassins Creed Odyssey or Far Cry 5. Thankfully, SEGA has acted on this as the open world of Yakuza Kiwami 2 is the undoubted star of the show.

You’ll find yourself dividing time between locations Kamurocho and Sōtenbori, based on districts in Tokyo and Osaka respectively. Both towns are wonderfully realised, with a host of NPCs that interact with you and almost anything you do. They’ll complain when you bump into them or if the local Yakuza are hassling them.

However, it’s the side stories that give you tremendous insight into each town and the people that inhabit them. With over 70 optional quests packed into the game, some of them range from being downright bizarre to building background for some of the minor characters of the game such as Yuya.

All this immersion is brought to life with the Dragon Engine, SEGA’s proprietary graphics array for the Yakuza series. It does a great job making each location look and feel the part. People look relatively life-like, along with well-textured and rendered buildings. 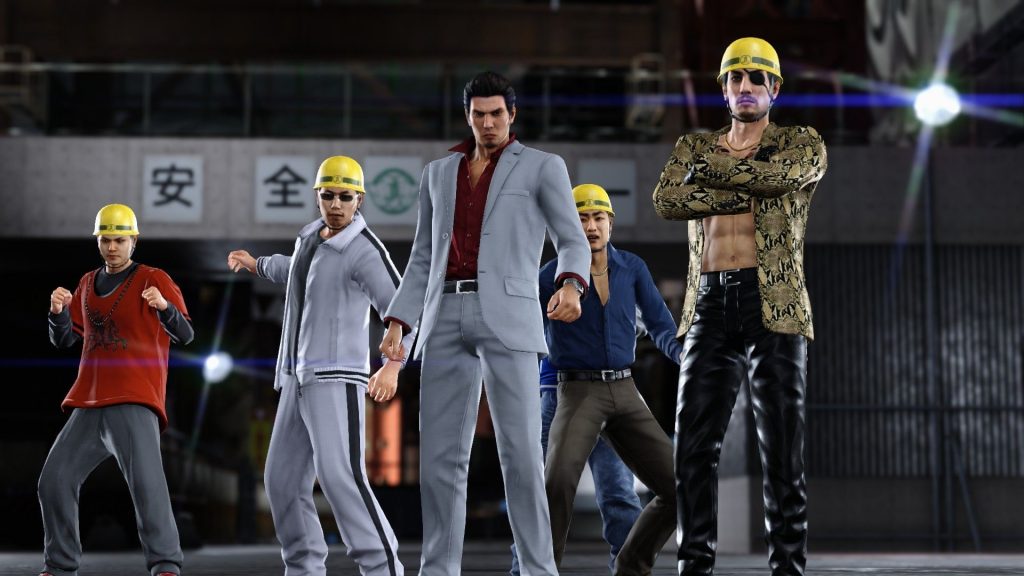 Gettin’ Ready For a Scrap

Fighting mechanics have been changed since Kiryu’s last outing, with a streamlined version of the Dragon of Dojima’s fighting style in the game. While some Yakuza purists might complain about the lack of choice, I felt it didn’t really make much of difference.

Combat feels satisfying, with SEGA noticeably turning the dial up on the ragdoll physics to hilarious levels. Enemies get progressively tougher as the game goes on, with certain types of enemies such as the Jingweon, having unique mechanics compared to others; which works well to challenge you as the game’s plot reaches its climax.

Skill unlocking and progression is managed by a simple skill menu that’s divided into four categories, blending innate with directly controllable abilities. Some skills include the standard throws and heavy attacks, to other skills that increase the spawn rate of “Nouveau Riche” enemies, gold-coated ‘premium’ baddies that drop heaps of cash. To unlock skills, you simply earn experience points in five distinct categories and then spend the appropriate XP to unlock said skill. It’s clean, simple and easy to follow.

Earning experience in Yakuza Kiwami 2 is dead simple. Besides completing main missions and side quests, eating food and completing challenges afford you with plenty of opportunities to level up. 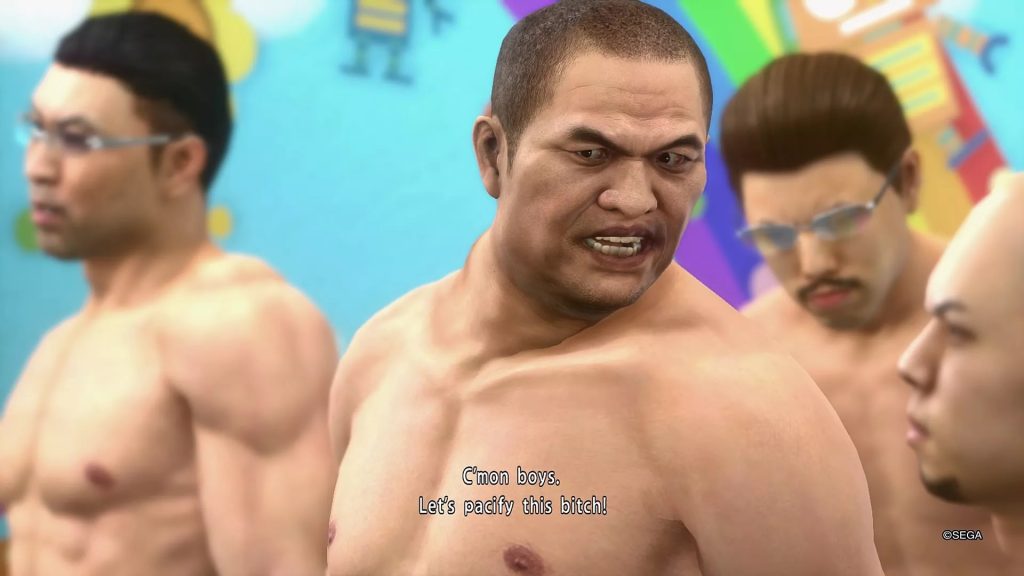 It wouldn’t be a Yakuza game without a glut of mini-games and this latest installment doesn’t fail to deliver. Sure, the series staples such as karaoke and mah-jong make it. But SEGA really pushed the boundaries with ToyLets and Gravure Photo Studio; both hilarious and disturbing simultaneously.

In Gravure Photo Studio, you play as a cameraman and pre-recorded, live-action footage of a model is displayed onscreen. You’ll need to answer questions in a certain way, so the model shows more skin. Screw up, and you’ll fail the mini-game and she’ll put her kit back on.

With ToyLets, it’s quite literally a pissing contest. Yes, that’s right- you piss into a urinal against a simulated enemy. You can ‘charge up’ your wee by unleashing a more concentrated stream, but a pissing contest is a marathon, not a sprint, therefore, it’s a balancing act between urinating a trickle or a torrent.

While these minigames did make me chuckle, they do pander to the ‘male-orientated’ gaming audience trope, which has been comprehensively debunked. The split in terms of gender is much closer to 50-50, with women outnumbering male gamers for types of games. But stamping down juvenile, teenage Jon for a second, ToyLets and Gravure Photo Studio pander to the stereotypical male gamer cohort.

If you’re easily offended, it’s certainly something you’ll want to bear in mind. For me, I found the whole thing hilarious, but this is the perspective of a 30-something-white-male gamer. And besides, this is Yakuza, a game series renowned for being outrageous.

Yakuza Kiwami 2 on PC is the Definitive Experience

Yakuza Kiwami 2 is ported well to PC. Like its predecessor, it runs well on ultrawide, with no noticeable bugs, slowdowns or graphical anomalies. It consistently runs over 100fps on my machine and with a broad church of hardware accommodated, it is, by far, the best way to experience this game. It’s also got a stack of quality of life improvements over its predecessor, such as no loading screens when entering buildings in Kamurocho and Sōtenbori, as well as better rendered characters and models.

You can pick up Yakuza Kiwami 2, right now, for the unbelievable price of about 18 quid if you know where to shop online. If you’re looking for something new to splash your hard-earned cash on, you’d be a fool to not give this game a chance.

Full disclosure: This review is based on a PC review copy of Yakuza Kiwami 2 given to HeyPoorPlayer by the publisher. 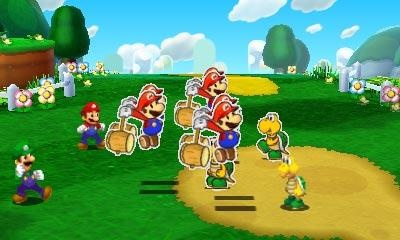