Friends til the end 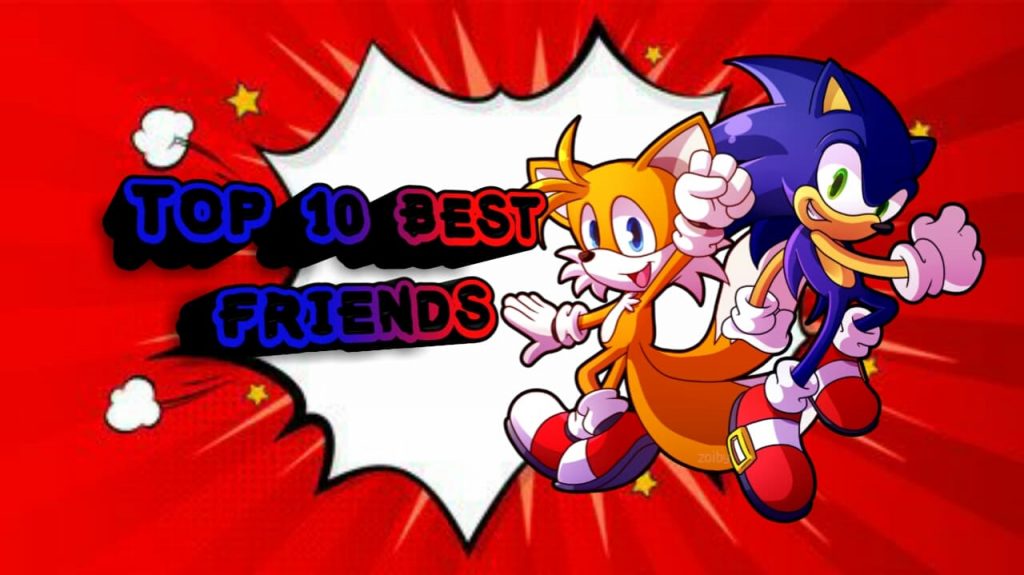 Sometimes when you want to kick some major butt or just save the world from a crazed drug lord or alien invasion, you need a faithful friend to share in the glory. These friends are without a doubt some of the very best in video games and have done nothing short of support each other through every endeavor. Of course, we here at Hey Poor Player had to make this list happen. So below I’m going to be naming off some of my favorite best friends in games and ones who I don’t see on most lists as I’m trying to stay away from the typical entries.

Nothing beats a good robot pal who can actually manage to talk some sense into you when needed – that pretty much explains the dynamic between these two. After crash landing on Veldin, Clank soon met Ratchet and the pair become bros for life. Providing the wannabe hero with a robotic ignition system, the duo set off on a lot of adventures together. The quirky pair are always there to help each other out of a jam no matter the distance or challenge. If that’s not a friendship I don’t what is. 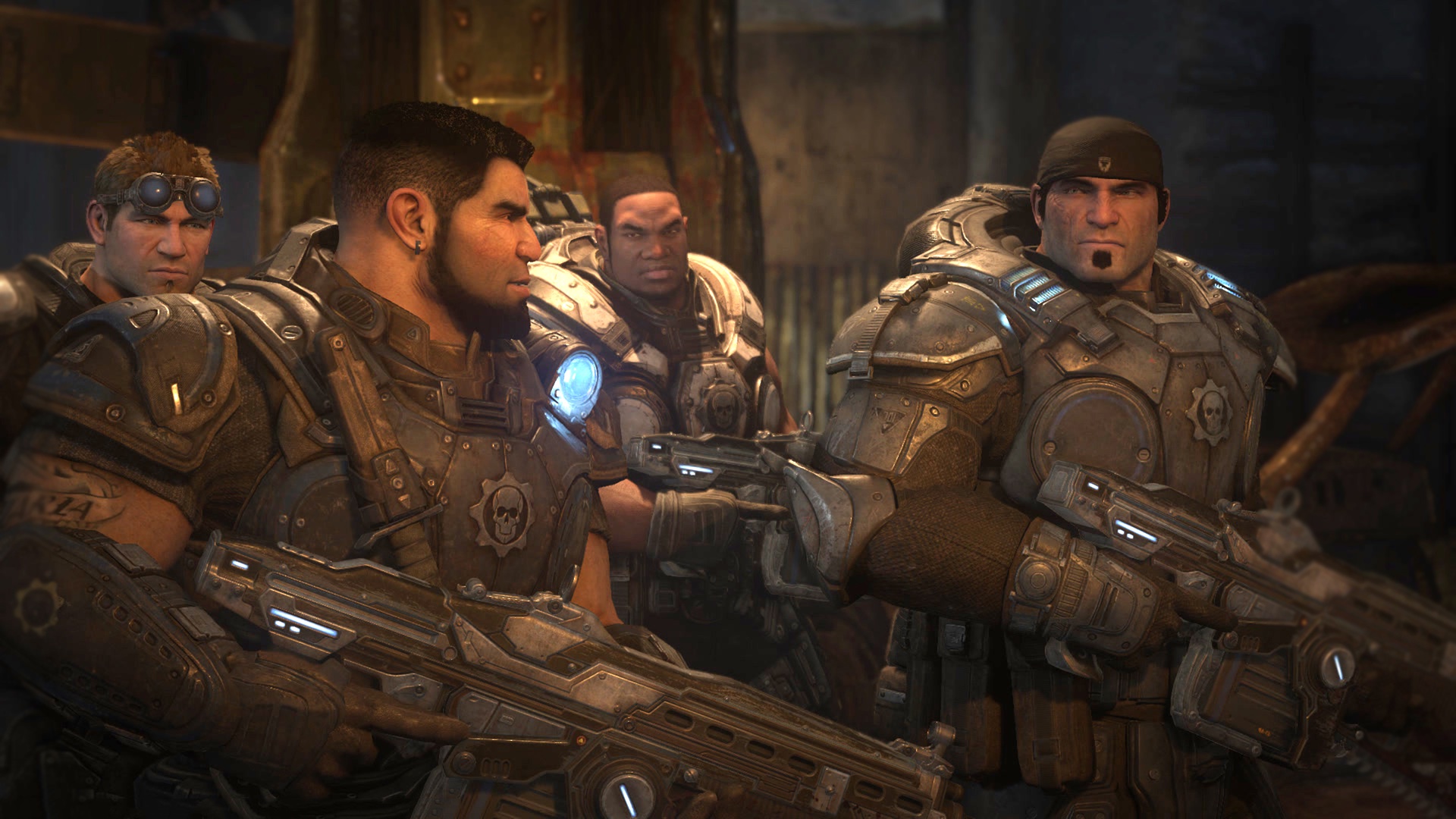 These two beefy dudes have been pals for a long time and are willing to lay down their lives for one another. Marcus, Dom and Dom’s brother Carlos have been friends since childhood and pretty much have been inseparable since… well until Carlos was killed – but we won’t argue semantics. Going to war, dealing with the constant threat of the Locust and breaking the law for one another, these burly bros will go to hell and back to have each other’s back. This was made apparent when Dom willingly laid down his life in order to help his buddy complete the mission. One thing is for certain: “friends” doesn’t begin to describe these two brothers in arms. 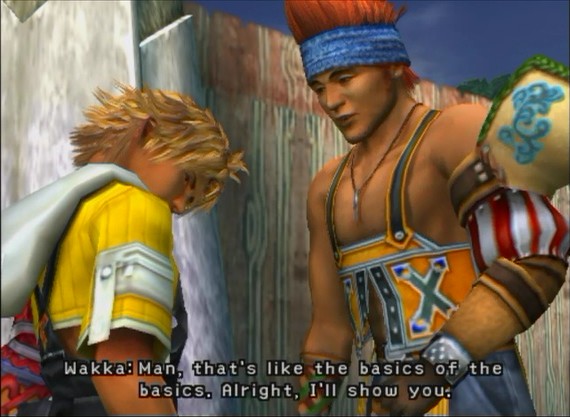 Common interest is one of the many ways we establish friendships and sports just happens to be one of the most common. Well, when it comes to the love of blitzball this entry has little to no shortage of it. Tidus and Wakka share a bond that not even the distance of time could break and that speaks volumes. After being swallowed by the whale thingy known as Sin and washing up on the beaches of Besaid, Wakka was the first person Tidus laid eyes on and the only person to give a crap about his general well being. As the story progresses, the bonds of brotherhood only grow stronger between the two. To show how strong this bond is, Wakka willingly gave Tidus his deceased brother’s sword to kick off their bromance. Their friendship is one I particularly enjoy as it reminds me of one of the friendships that I cherish till this day with one of my best friends. 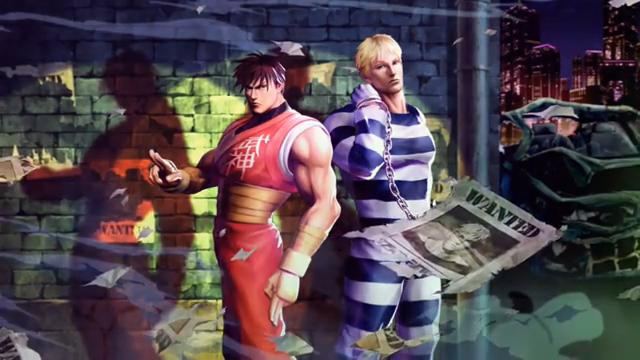 Two of beat-em-up’s best had to be featured on this list. I’m talking about Cody and Guy: two of the genre’s greatest. These two established their friendship long before laying the smackdown on the Mad Gear Gang. While Cody is a bit of a slacker, his ninja buddy makes up for it with his overzealous nature. While most guys have a secret handshake or code word between each other, these two typically just beat the hell out of each other to settle their disputes, with Cody holding the winning record. While the blonde bomber has slacked off a bit in the hero department, his pal Guy none the less has not given up on him. No matter the circumstance these two will support each other all the way. 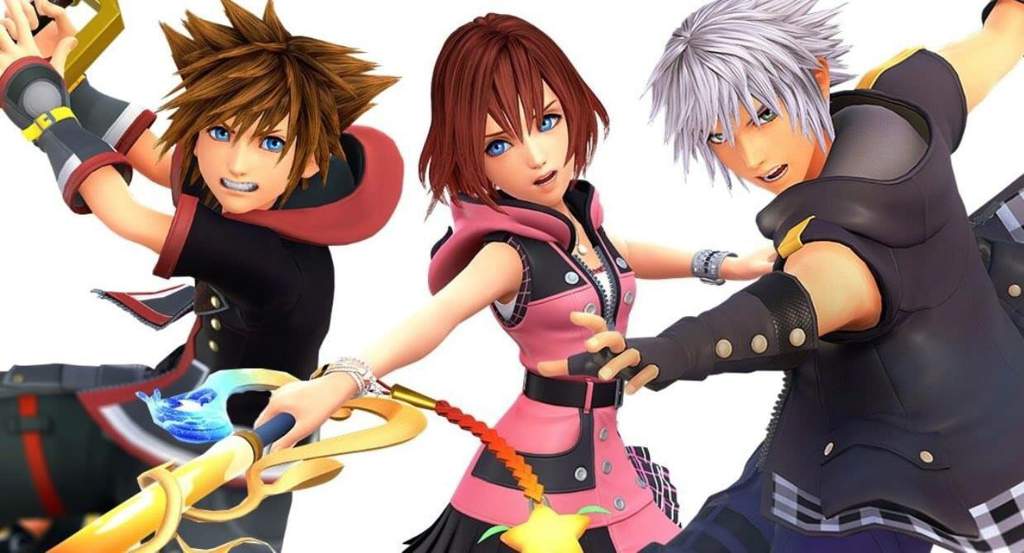 If the Kingdom Hearts games have drilled one thing into our skulls it’s that the power of friendship can overcome anything. Growing up together on Destiny Island: Sora, Riku, and Kairi have been friends forever. Planning to see the other worlds together, the three friends were all but inseparable… until the Heartless decided to attack. After they got separated, series’ hero Sora made it his main mission to reunite with his friends no matter what, and like any good protagonist, he completed his goal. Well, he sort of did, as though Riku was still consumed by the darkness, he eventually finds his way back to the light. So as you can see – especially if you’ve played all the games and spin-offs – love and friendship will conquer all. 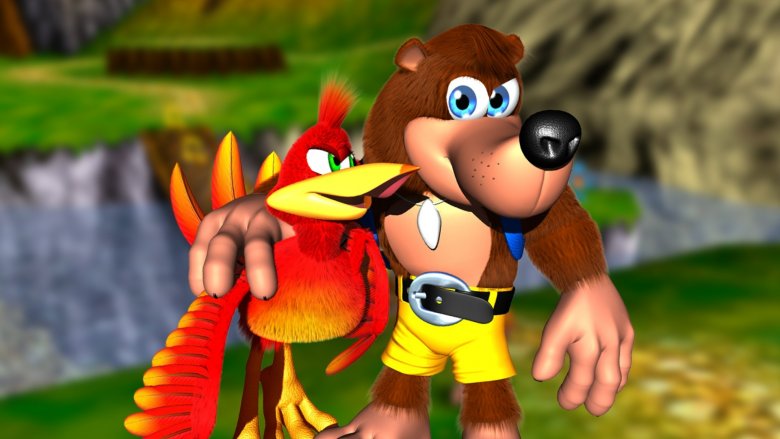 Banjo the furry, dim-witted, yet lovable bear and Kazooie his sharp-beaked friend are an iconic duo on the Nintendo 64. Their friendship is the driving force behind the game and the epitome of teamwork. After his sister is kidnapped, Banjo sets out to save her and not once does Kazooie even hesitate to lend a hand. Abandoning her bear bud is out of the question and Banjo knows it. Whether it’s racing a triceratops (don’t ask), stumping Gruntillda or some other random adventure, these two will always fight side by side. You can’t ask for a better pair than Banjo and Kazooie. 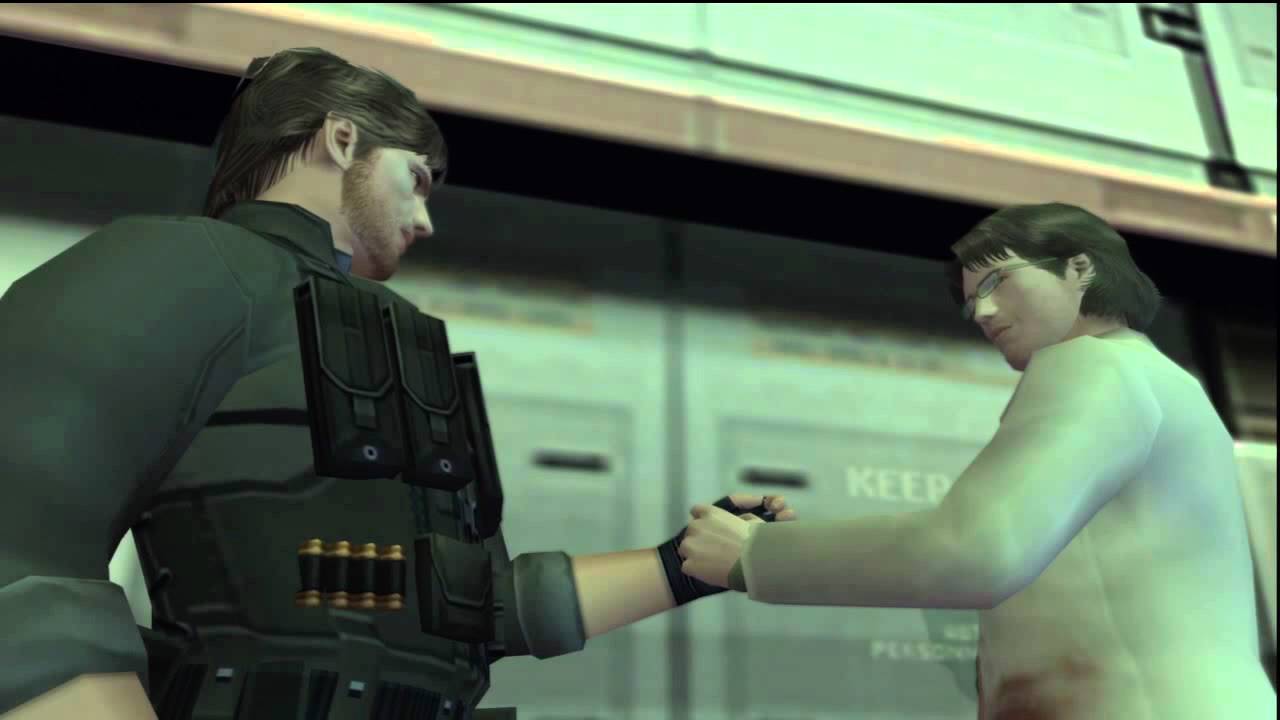 A highly skilled, cigarette smoking badass super-soldier and an otaku super-nerd who can’t control his bladder are definitely as odd a pair as you’ll find. Solid Snake and Otacon are at completely different ends of the spectrum, but nonetheless, their respect for each other knows no bounds. Otacon has not only gone above and beyond to help Snake complete his mission in the first Metal Gear Solid, Hal went a step further and made it his personal mission to help Snake on any and every future mission. The genuine amount of respect shared between them is something to behold, and makes you wish you had a pal like Otacon. 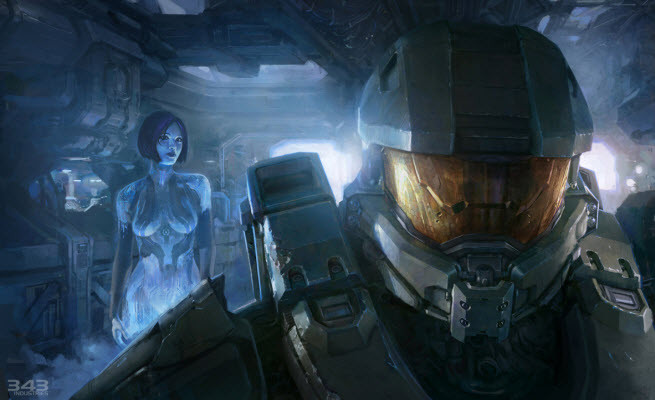 Cortana the wisecracking A.I and Master Chief the stoic spartan warrior who saved the galaxy. The bond shared between these two has to be one of the best displayed in video gaming history. While not being an actual person, John still cherishes Cortana as though she’s truly real and that speaks volumes of their friendship. No matter what happens these two will never abandon each other. Either of them would take on any challenge if it meant one could save the other. Learning from one another, embracing each other for who they are, and showing a genuine love with no stipulations is the epitome of the title best friend. Master Chief will never break a promise to her and she will do whatever it takes to help Chief. These two really show you what it means to have a best bud. 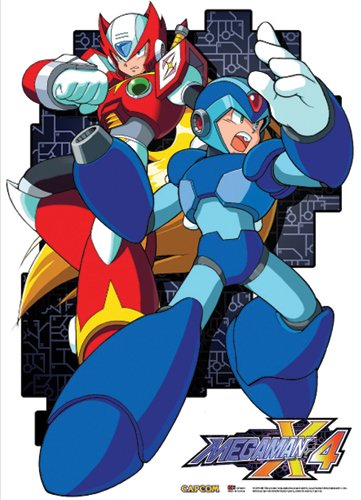 The blue bomber formed and ever-lasting friendship with his scarlet robot bro Zero earlier on in the Mega Man X series. First meeting one another in the 17th elite unit, X and Zero became quick friends and partners completing many missions together. Zero eventually becomes a mentor to X, helping him out in his times of need and doubt. Both think extremely highly of each other, with Zero believing X to be the better of the two even though X disagrees. Zero on more than one occasion has laid down his life to save his buddy X and helped him take down many villains, including the dastardly maverick known as Vile. Don’t you worry though, X made certain to Humpty Dumpty his pal together again. 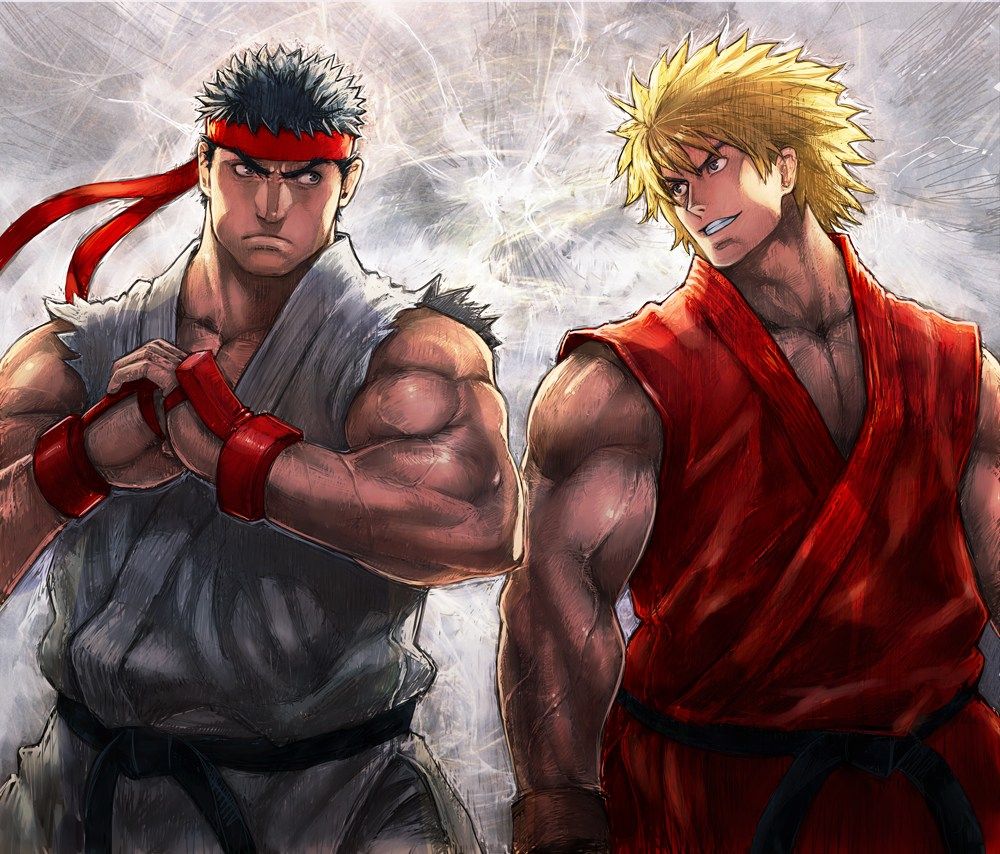 When it comes to long-standing friendships, our final entries have one that stands the test of time. Throughout years of hard work and training in martial arts, Ryu and Ken formed a brotherhood that nothing could ever break. Never showing any signs of wavering, their friendship and fierce rivalry is pretty damn awesome. One can always expect a wild sparring match whenever these two bros meet up just to make sure the other hasn’t slouched off. Their personalities mesh extremely well with Ryu’s calm yet aloof demeanor and Ken’s fiery passion and love of life. It’s like these two were a friendship made in heaven, and one a lot of us in today’s age can take some lessons from. Never think you can get between these two or you’ll catch a fierce SHORYUKEN to the chin.

So what do you guys think of our list?  Are there any best pals you believe should be up there? If so, sound off in the comment section below and let us know any bosom buddies we missed.