Time to take the fight back to the streets of Kamurocho, armchair gangsters. Sega Europe today announced that Yakuza Kiwami 2 is now available on Steam.

Yakuza Kiwami 2 marks the second remake in the series following 2016’s Yakuza Kiwami. The game is powered by Sega’s Dragon Engine and includes a number of enhancements over the original release including the Cabaret Club and Clan Creator minigames, first seen in Yakuza 0 and Yakuza 6 respectively, as well as a brand new three-part saga starring the Mad Dog of Shimano, Goro Majima.

The Steam port of Yakuza Kiwami 2 includes a number of PC-exclusive perks such as 4K resolution, unlocked framerates, mappable controls, and a slew of graphical options.

I scored Kiwami 2 a 5 out of 5 in my review last year saying, “If you’re a fan of the series and eager for more underworld action, Yakuza Kiwami 2 is a must-own title. Though the story is on the shorter side, it’s a hell of a tale that’s well worth experiencing, and the new mini-games and substories are more entertaining than ever. Even if you’ve already played Yakuza 2, Sega’s improved localization, along with the excellent Majima episode, more than warrant a return trip to the mean streets of Kamurocho and Sotenbori.”

The game is available now on Steam for $29.99. Those who purchase it between now and May 16 will receive the full Clan Creator Bundle DLC, featuring rare Leaders and Packs, exclusive weapons, outfits and more.

Will you be adding this underworld epic to your Steam library? Sound off in the comments and let us know. 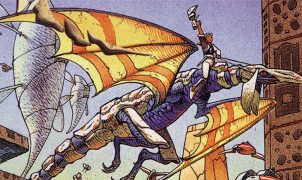