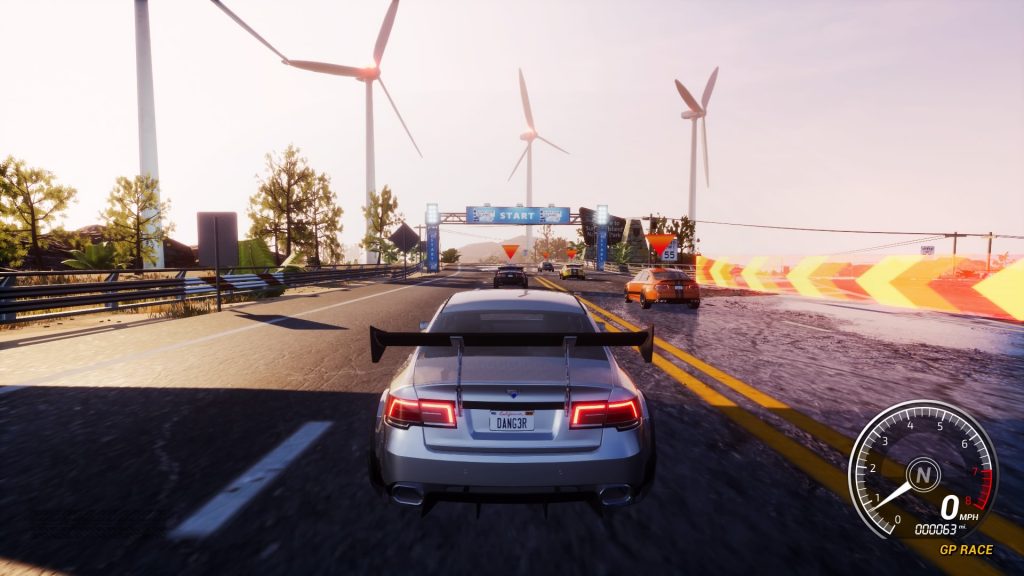 Arcade racers have been in need of a little love this day and age. Three Fields Entertainment’s Burnout series has been a long-standing champion amongst the genre. We haven’t been graced by its presence since 2008’s open-world take on the series, Burnout Paradise, and have been itching for some more (I know I have been). Just when I thought I’d never see another arcade-style racer again, I was blessed with the opportunity to play Dangerous Driving. Not only was this gem handled by the original creators of the Burnout franchise, it actually made me feel like I was back behind the wheel of one of my favorite arcade cabinets after school. The game really has you playing some of the most dangerous games of bumper cars I’ve ever witnessed. Adding campaigns to each one of your six vehicle types, it gives you a multitude of ways to smash cars and burn rubber.

Out of my dreams and into my console 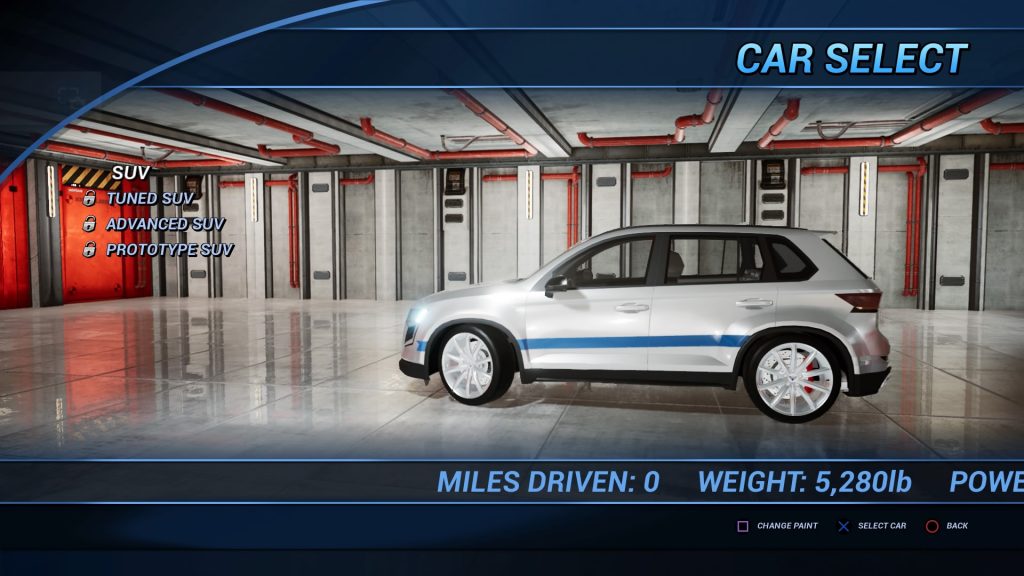 While Dangerous Driving really doesn’t delve too deep into detail with its selection of campaign modes, it does give you some options for some over-the-top, destructive fun. There isn’t a deep driven story to get behind; you’re not some cop trying to infiltrate a drug ring, or a shadowy racer trying to be the best. The game simply presents you with some of the good, old fashioned turbocharged racing we’ve come to love. As I stated earlier, you get six car classes to choose from, and your task is pretty much the same with all of them; win races and medals and unlock new rides. It doesn’t get much simpler than that. Each class also has different variations, and they all have their uses in various events, giving the game a slight strategic layer.

In addition to the cars, the game modes are unique in their own way. When first playing road rage, I had a blast smashing my opponents into walls and watching the chaos that ensues. Heatwave was a mode I enjoyed quite a bit. Seeing how long I could burn up my turbo bar all the while avoiding other racers and oncoming traffic was insane. And we all like a little insanity in our games, don’t we? Pursuit was another mode that left a rather good impression on me. A blend of the old Burnout series and a dash of Need for Speed: Hot Pursuit, this mode requires you to drive a police car at insanely high speeds while at the same time trying to wreck the fleeing suspect’s car to prevent their escape  (I mean seriously, who is hiring the police force in these games?). Later on, they start throwing all kinds of different cars at you, upping the chase speed and in turn making life more hectic for you.

Outside of some of the more involved modes — and I say “involved” loosely — the game does begin to become a tad bit repetitive the more you play. The races start to fall off a bit and become all about maintaining ridiculous levels of speed and power sliding your way around corners. It is almost impossible to avoid crashing at that point and can become a bit tedious at times, as you almost always end up in last place and have to pull out some immaculate driving to even place in events. The fact that you have to do the same races for every car class kind of takes away from your experience but all in all it still fills an empty void known as my heart and love for those over the top racing games.

Do they even have a license? 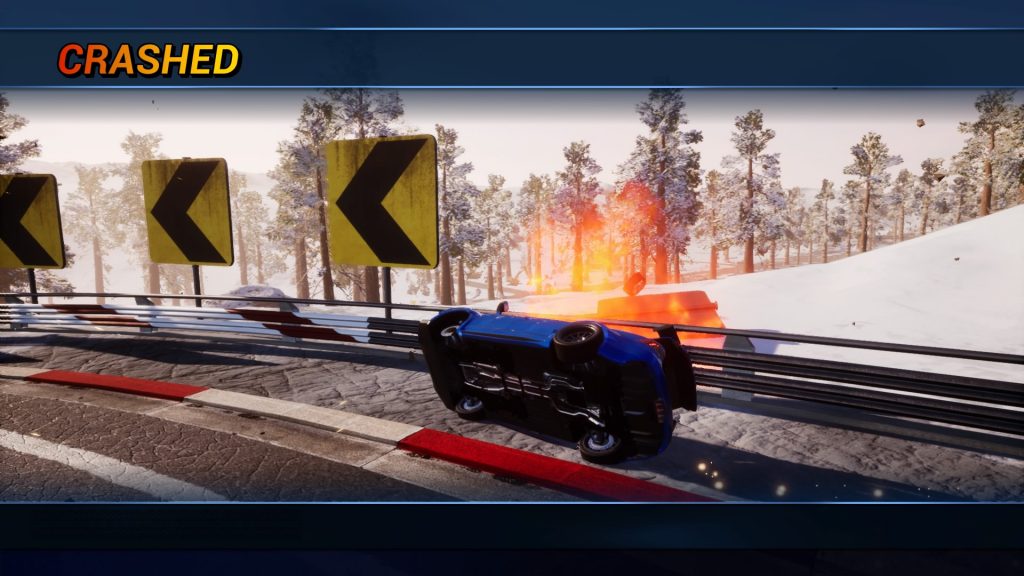 The driving mechanics behind this game are one hundred percent arcade bliss. You can boost while hitting sharp turns or drift with the best of them. Close calls with oncoming traffic, catching some air on a crazy jump, or just being an all-around daredevil is actually rewarded in Dangerous Driving by filling your boost meter. Imagine that. Not only does being a reckless driver earn you a reward, it also gives you the ability to go faster. Great idea, right?

This speed demon way of racing really allows for players to embrace their inner Evel Knievil and plays out well for you in modes such as Pursuit and Heatwave. The ruthless AI can be somewhat of a pain in the bumper. They rarely make mistakes, even in the most chaotic situations. And when they do crash it doesn’t matter because they’re right back behind (you or in front of you, in my case). There is nothing wrong with a tough opponent though, because there is no better feeling than crashing, recovering, and blasting past all opposition. Giving you a substantial amount of cars to choose from and loads of different modes for you to cause a ruckus in, Dangerous Driving feels excellent for us lovers of old school racers. 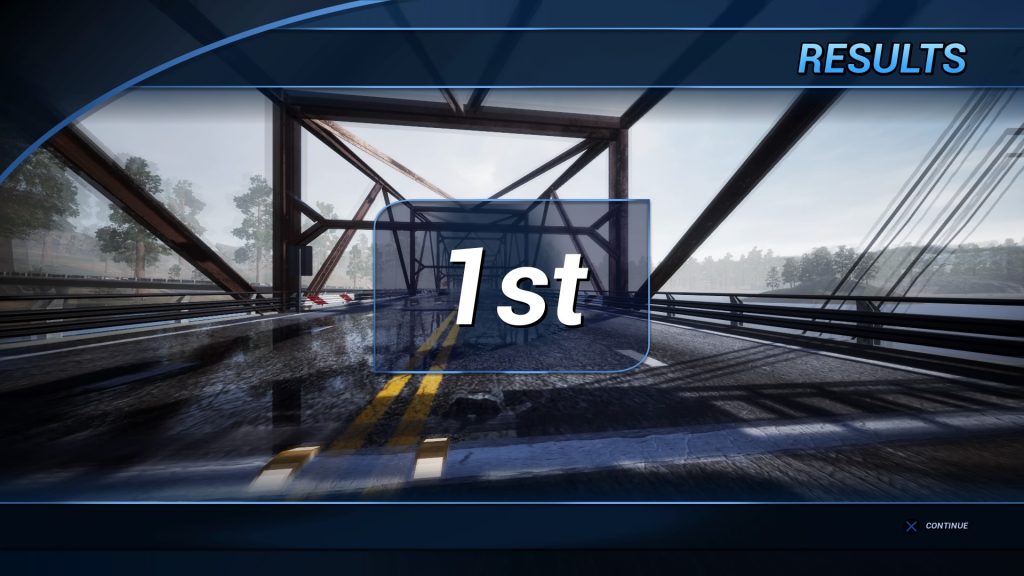 Loads of cars and feature races are a staple in arcade racers and its something we’ve come to expect, but so is competing against a friend or friends for that matter. The lack of any online modes is one of the more significant gripes I have with the game. Yes, the AI can be ruthless and downright relentless, but it still doesn’t stack up to racing against a friend or any opponent who isn’t computer-controlled. No matter how badly I drove, once I got the hang of the game, there wasn’t really any moment I didn’t feel like I couldn’t at least place in a race and even then winning just felt hollow. With everything being online and with the low surge of actual arcades anymore, you’d think they’d implement some form of online functionality. Sadly, the only competitive thing they offer us is the leaderboards (boooooooo!!!!!). Yea sure beating my someone’s high score is great but nothing can replace the feeling of watching your friend’s jaw drop as you leave them in your dust.

Give me a beat. No, seriously. 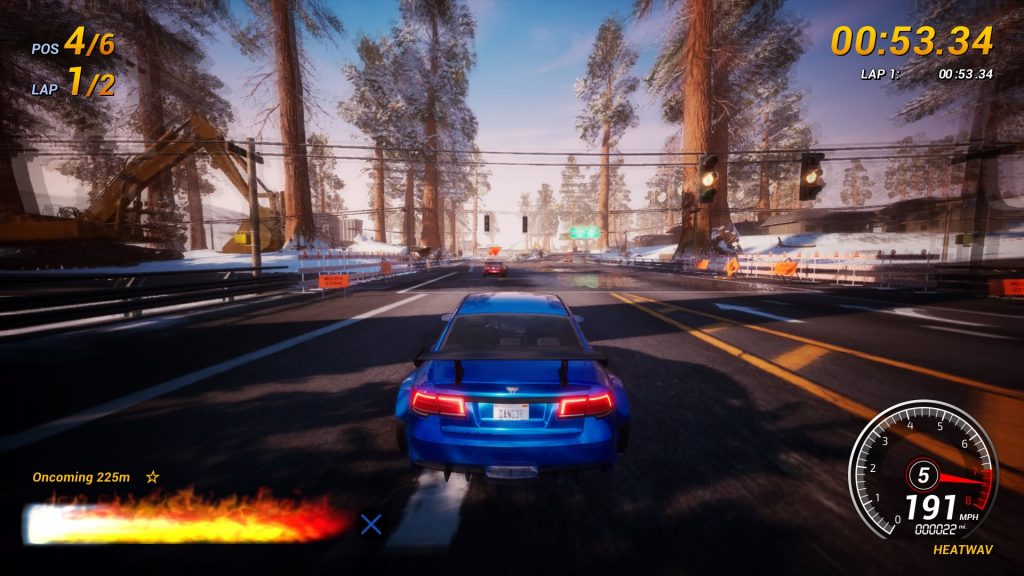 Move, Granny, get out the way!

The lack of a soundtrack broke my heart. After playing earlier titles and Burnout Paradise, I was expecting another spectacular soundtrack being somewhat of a staple for the genre (Let’s Go Away, anyone?). I hoped maybe my PlayStation was just being difficult. It can be somewhat of a snoozefest going through each mode with each car without some delicious jams to bump your head to. I mean sure, you can enjoy your Spotify playlists now, but there is nothing that beats good, old fashioned arcade tunes.

The visuals aren’t too grand either, but they get the job done. A lack of vast amount of tracks and locations can get a bit rough on the attention span. Crashing into the same cars on the identical looking stretches of road can become pretty dull pretty fast and hopefully its something they will work on with a future DLC or patch.

No matter how much Three Fields tries to hide it, their past works with the Burnout franchise shine brightly throughout this title. The insane speed, ridiculous crashes, and ever-so-satisfying cars and events will keep us arcade addicts coming back for road rage induced chaotic fun. While the visuals aren’t all that great and the lack of a soundtrack hurts my heart, I feel longtime fans of this genre will still enjoy the game for what it is. Hopefully we will see some additional features added in the future, but for now, let us enjoy Dangerous Driving for what it is: a crash course in a long missed genre.

Full disclosure: This review is based on a copy of Dangerous Driving provided by the publisher.