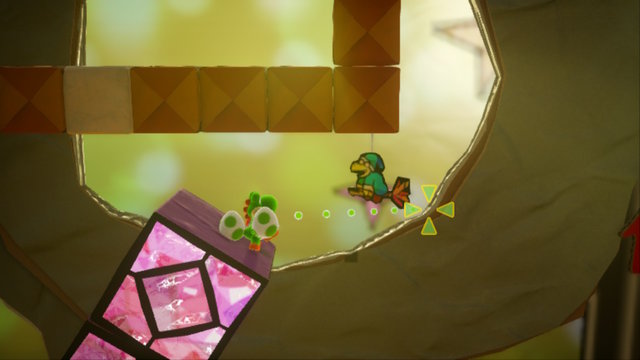 Possibly the toughest Yoshi’s Crafted World level heads your way in Floppin’ and Poppin’! As you carefully navigate rotating platforms, you’ll need to smash open everything in sight if you have any hope of finding all the Red Coins and Smiley Flowers. (And those sneaky Souvenirs, too!) We’ve got a guide below for your viewing pleasure, but as this level features no checkpoints, we recommend learning the lay of the land and reserving collectibles for separate runs. 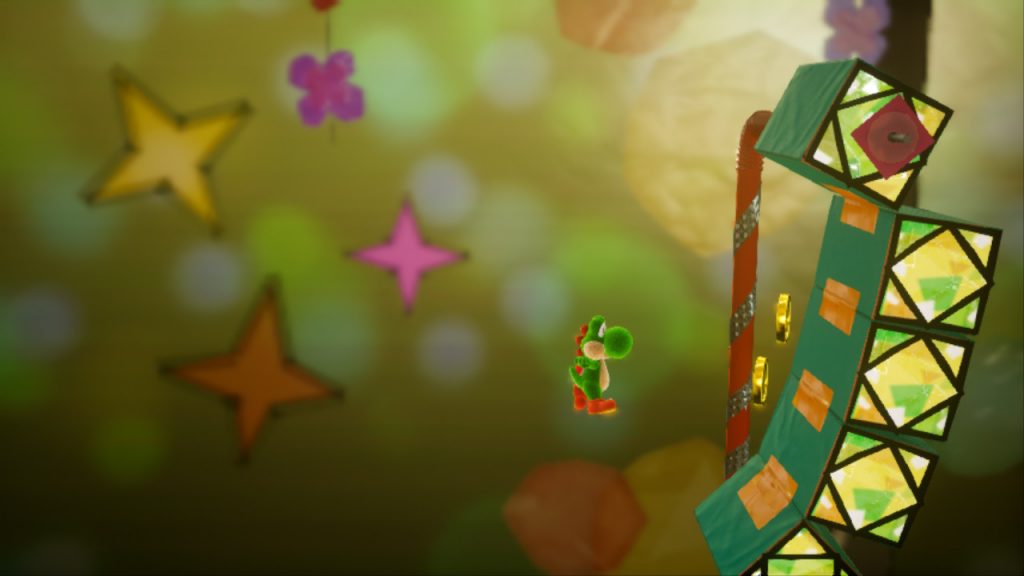 The first three coins require some careful navigating — upon reaching the second green platform, wait for it to flip to the above position and grab them at your leisure. (3/20) When you later encounter the Fly Guy barricade, head up the pillar to your right with the cannon-wielding Shy Guy to find four more floating coins. (7/20) Afterwards, Flutter Jump over to the Fly Guy blockade and bounce off the top one to uncover a cloud. Break into the block prison to your right and pop the cloud from there to snag another coin. (8/20) The next few coins are cleverly hidden within the surrounding blocks — aim here and here to find them. (10/20)

As you ascend the rotating platforms afterwards, grab this coin (11/20), then smack open this present to earn another. (12/20) Flutter Jump over to the cloud on the right to unveil a Smiley Flower and a line of coins — grab the coin depicted here (13/20), then the next just below the suspended platform. (14/20) Pop the hidden cloud between the two platforms and snag the coins underneath to discover red ones. (16/20) Near the red rotating blocks afterwards, pop the block with the cannon Shy Guy to find another coin. (17/20) Finally, secure the three coins underneath the following block blockade via Flutter Jump/Egg Toss, and you’re done! (20/20) 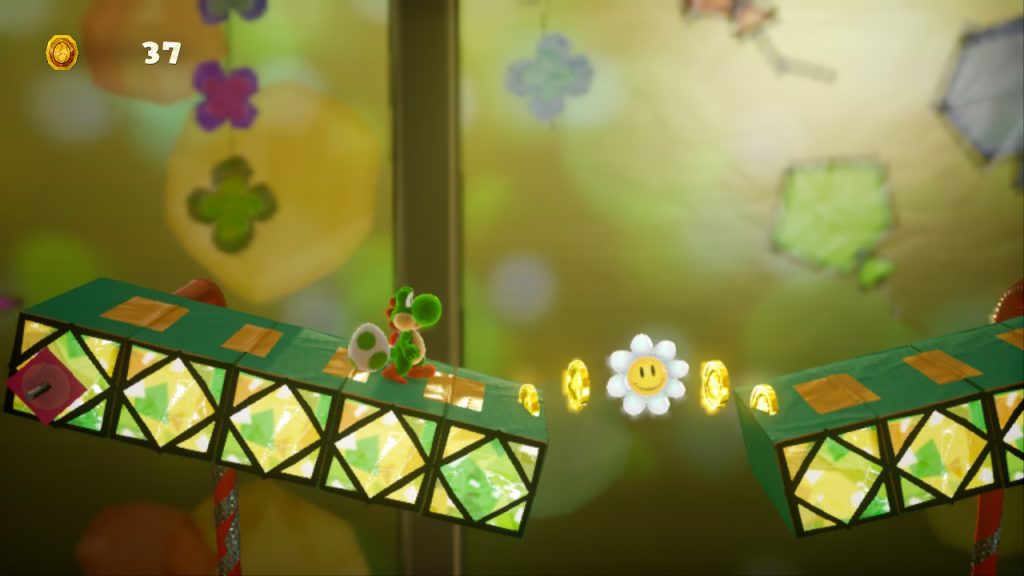 As seen above, you’ll spot the first Smiley Flower between the above two flippy platforms. Either Flutter Jump or toss a carefully-timed egg to grab it. (1/5) Afterwards, pop the cloud floating underneath the nearby suspended platform and nab the flower within. (2/5) Later, when you’re ascending the rotating blocks, you’ll spot a cloud towards the the right; pop it and Flutter Jump over to grab it. (3/5) The fourth flower is hidden within a block between two red rotating platforms near the end; grab it as seen here. Your last flower’s inside the Blue Clock Cloud, but be quick about it — the green platforms’ll quickly bury the Blue Coins during their rotations! (5/5) 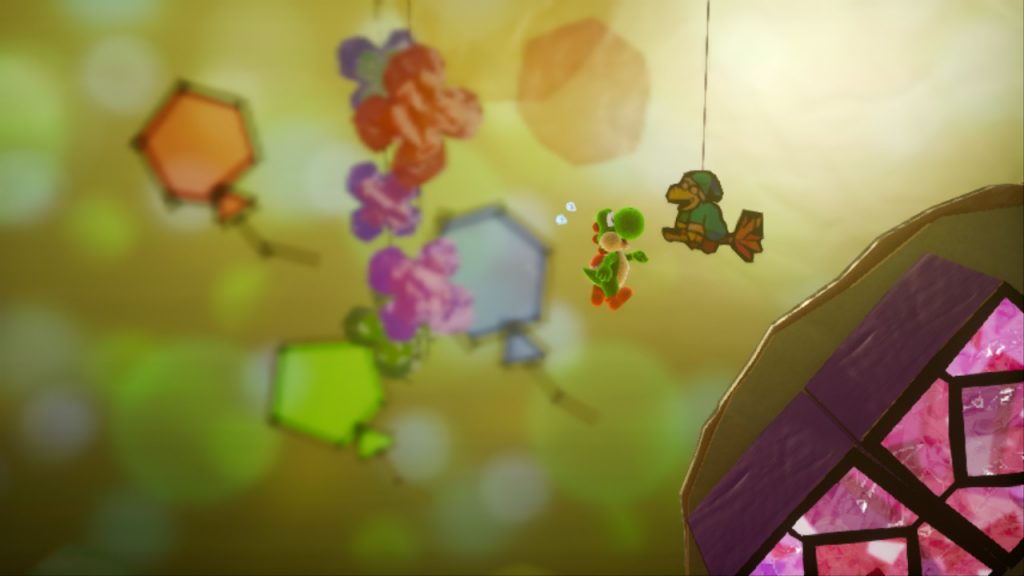 Shrunk Plastic Kamek: What this Blockafeller wants with Kamek effigies is beyond us, but regardless, they’re not hard to find. The first one’s just before a tall pillar (look for an arrow underneath), the second’s underneath the block prison, the third’s right by the suspended platform after you’ve ascended the rotating blocks, the fourth between two rotating red blocks where you found the fourth Smiley Flower, and the last one’s hidden at the screen’s very top before reaching the goal.

Congrats on clearing Floppin’ and Poppin’! Give us a shout in the comments below if you have any further questions, but in the meantime, check out our Yoshi’s Crafted World guide hub!