“What life choices did I make to miss this jump?” 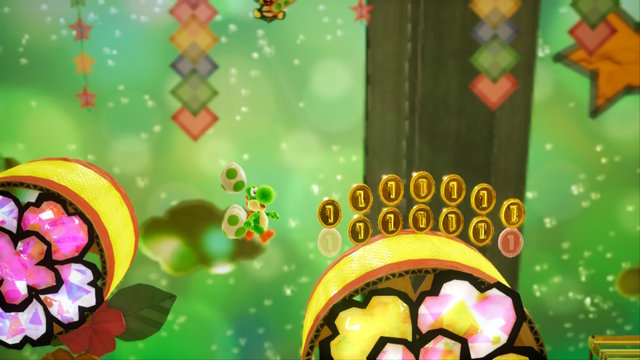 Ah, Hidden Hills — Yoshi’s Crafted World’s secret stage collection. You’d better be ready to fork over some serious Smiley Flowers to even play on these nefarious levels, and even then, they’re tough cookies to crack. As seen above, Rough Rolling — the first of these three arduous levels — depends on some calculated Flutter Jumps, as one fatal mis-jump means you’ll start all over; moreover its respective set of Smiley Flowers and Red Coins require some out-of-the-box strategy. Thankfully, as far as collectibles go, they’re not nearly as exhaustive — no Poochy Pups in sight, and there’s only one set of (very easy!) souvenirs to collect.

However, with how much you’ll be tossing eggs, it’s best not to collect everything in one go. Our best recommendation is simply play through the level first, and then tackle its collectibles once you’ve memorized the way of the, uh, cardboard cylinders. With all that said, let’s begin! 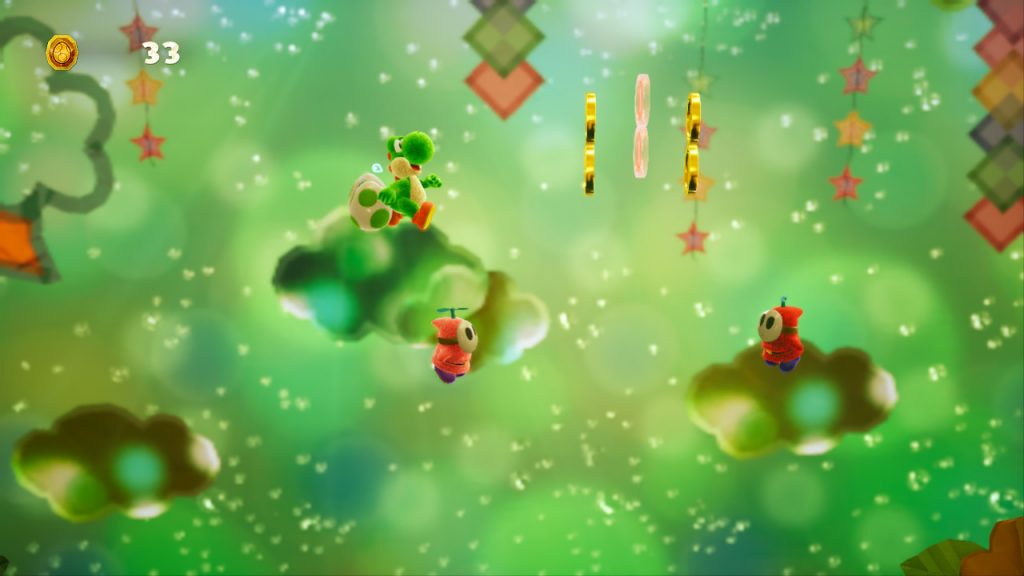 Shortly after the first Smiley Flower, you’ll spot a flying cloud between two cylinders. Rather than futilely tossing eggs from the slippery cardboard, aim from the air to pop it, then Flutter Jump through the newfound coin collection to score two Red Coins. (2/20) Soon afterwards, you’ll come across another cloud; pop it, then jump through the ensuing coin shower to earn two more coins. (4/20) Next, Flutter Jump through the coin collection as seen above to grab two more (6/20), then snag two more on this cardboard circle. (8/20)

Another upcoming coin assemblage has two more (10/20), but keep an eye out for this Gold Present to pop open, which’ll grant you another. (11/20) After ascending the tiny cylinders, scan the skies for a hidden Fly Guy, then either carefully aim for his Red Coin or simply eat him and quickly snatch the coin before it falls into the abyss (12/20; we know the latter’s a roundabout method, but it may prove useful if you’re gathering eggs for the Blue Clock Cloud.) Grab three coins via the following coin collection (15/20), then the final five just before the goal. (20/20) 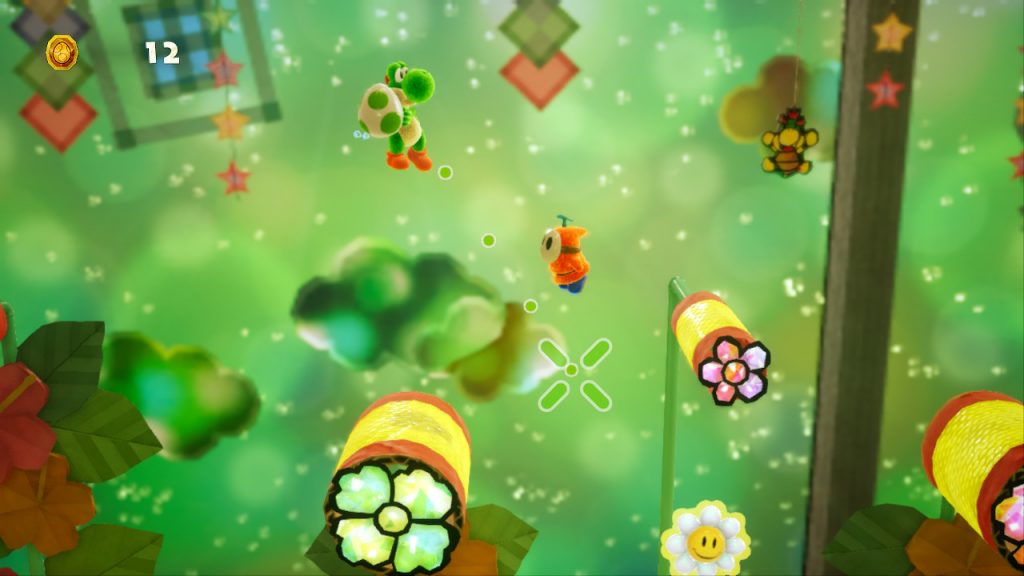 Soon after the level starts, you’ll find the first Smiley Flower situated between two rolling cylinders. As before, don’t waste your time juggling your balance; instead, simply Flutter Jump and aim from the air as seen above to score the clever collectible. (1/5) The next one’s tricky: you’ll later spot a Fly Guy carrying a Smiley Flower by the level’s bottom screen — when performing the same aerial aiming technique as before, you’ll have to aim carefully not for the Fly Guy, but the Smiley Flower. Concentrate, and you’ll eventually succeed. (2/5) You’ll pull off a similar procedure for the third Smiley Flower, sans Fly Guy as seen here. (3/5)

The upcoming Blue Clock Cloud may be your toughest obstacle, as you’ll require at least five eggs: one to pop the cloud, then four to bursting the ensuing balloons. As mentioned before, you may want to reserve an entire run just for this one flower, as you can focus on gathering all the necessary eggs as opposed to tossing them willy-billy. Once you’ve gathered the eggs, you’ll need to perform the same aerial aiming trick as before — remember to maintain composure even when the time’s ticking down! (4/5) Anyway, you’ll find the final flower within the last Fly Guy line. As seen in this screenshot, keep the Fly Guy beneath you alive as you flutter and aim to carefully snag this flower. (5/5) 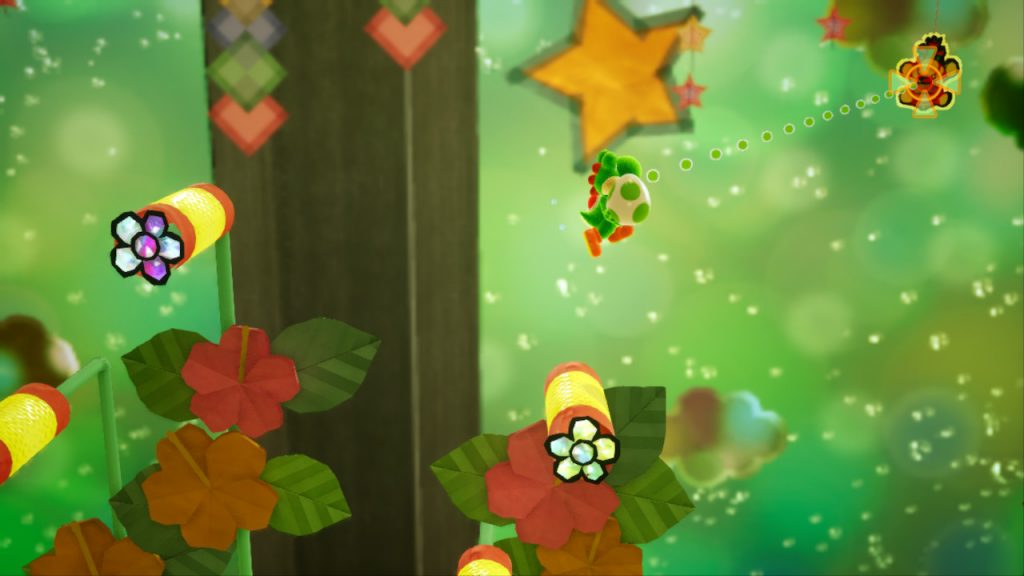 And so ends the terror of Rough Rolling! Give us a shout in the comments below if you have any further questions, but in the meantime, check out our Yoshi’s Crafted World guide hub!