Let’s do the Spinwheel Shuffle! 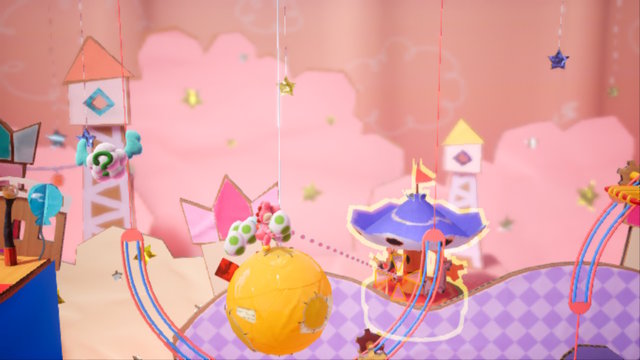 With Raphael Ravens and Bullet Bill up to their old tricks in Spinwheel Shuffle, your quest to hunt down all the Red Coins, Souvenirs, Poochy Pups, and Smiley Flowers may come to a standstill. Fret not, though, for we at Hey Poor Player catalogued all their respective locations. Let’s shuffle on down! 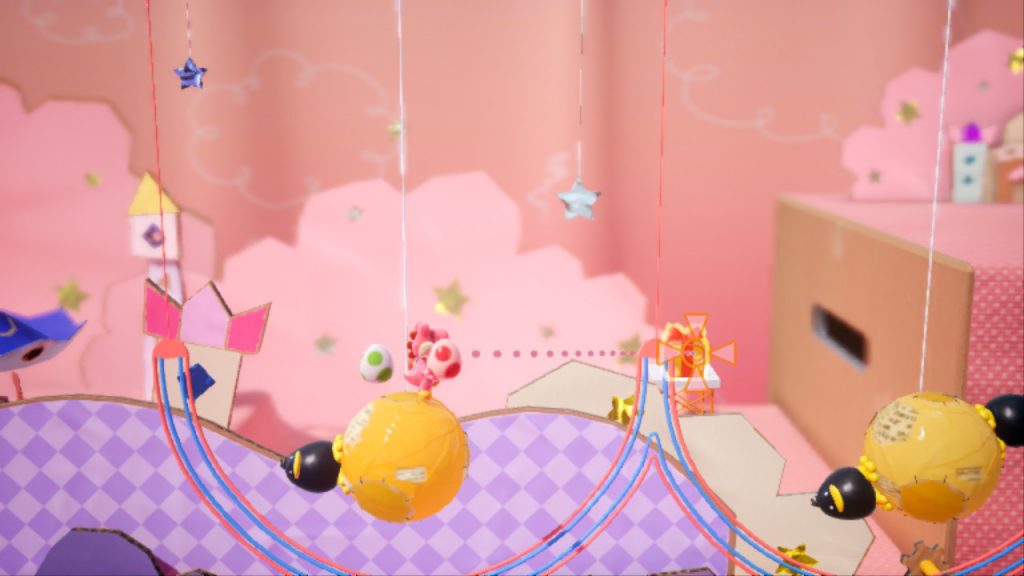 Shortly after starting, you’ll come across Raphael Ravens encircling their familiar planetoids — land on the second one to grab three Red Coins. (3/20)  Later, keep an eye out for a gold present behind two planetoids (as a reference, it follows the second Smiley Flower); collect the red coin resting above the first planet, then smack the present for another. (5/20) You’re not done here yet, though: either ride or Flutter Jump to this spot to reveal a hidden cloud, then pop it to reveal four more Red Coins. (9/20)

After the checkpoint, keep an eye out for this cloud when riding the ascending spinwheel. If it doesn’t appear, simply wait until it follows a passing Bullet Bill and pop it for three more coins. (12/20) When you’re riding the descending spinwheel, maneuver through these two sets of coins to grab six Red Coins. (18/20) For your last two coins, pop this cloud during the final spinwheel. (20/20) 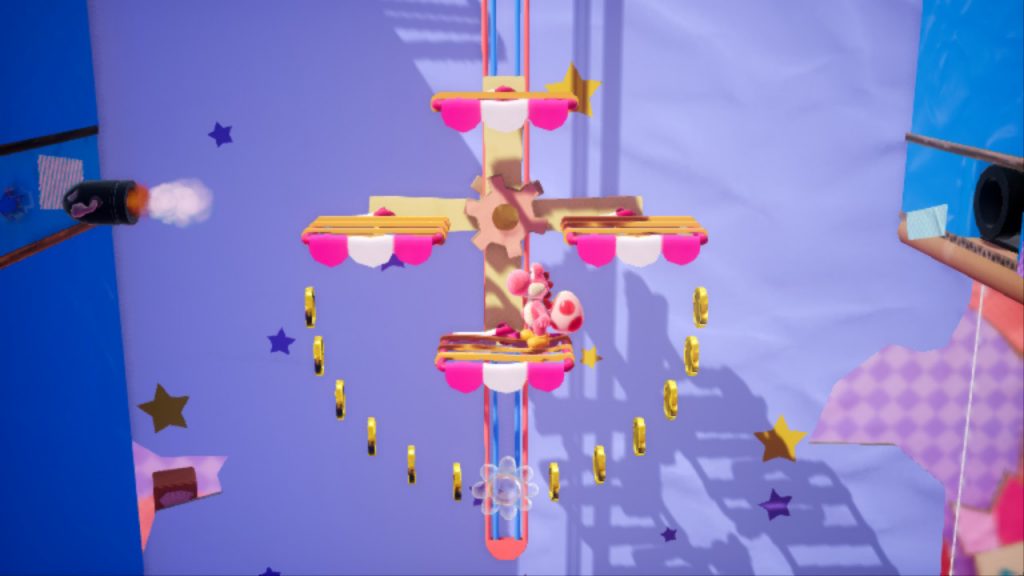 The first Smiley Flower’s at the end of the second spinwheel’s course — pop the flying cloud to reveal it. (1/6) Afterwards, pop the cloud on the following moving platform and carefully collect every materialized coin; afterwards a cloud appears — pop it, then drop onto the planetoid and grab the produced Smiley Flower. (2/6) After the checkpoint, take the northern intersection and ascend all the way up to the purple planet. Squash the three Raphael Ravens to earn the third flower. (3/6)

When you’ve ascending the rising spinwheel, ensure you have enough eggs via the Egg Block, then pop the Blue Clock Cloud and pop the balloons for another flower. (4/6) Upon riding the descending spinwheel, grab all the coins to produce the Smiley Flower seen above. (5/6) Finally, use the Bullet Bills at the end as footstools to reach the last flower. (6/6) 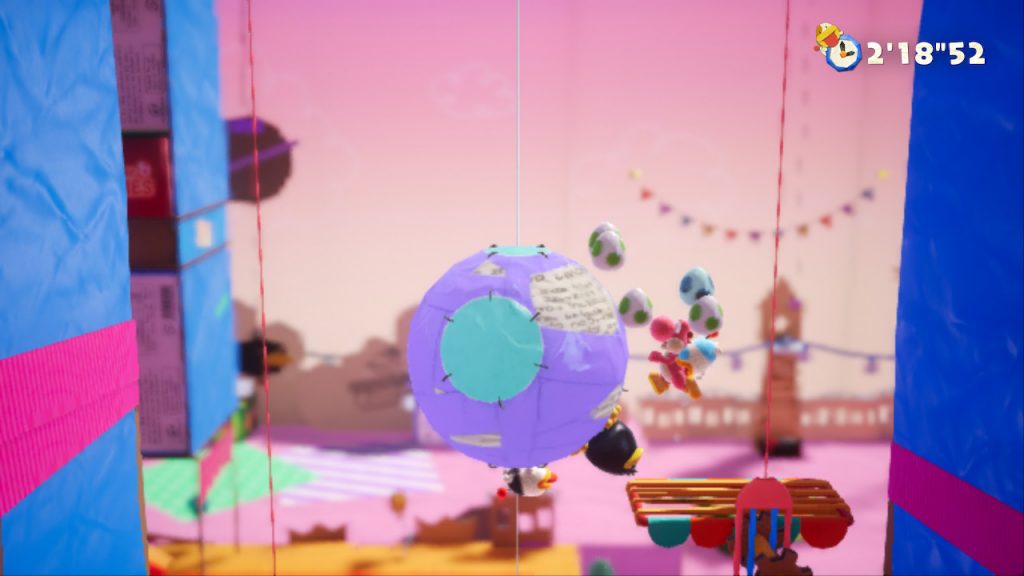 Seems the Poochy Pups are off their game today, as they’re all in plain sight. You’ll find the first one hanging for dear life while riding the first ascending spinwheel, the second roaming on the purple planetoid just before the second checkpoint, and the third hiding in the distance near the goal. Not hard at all! 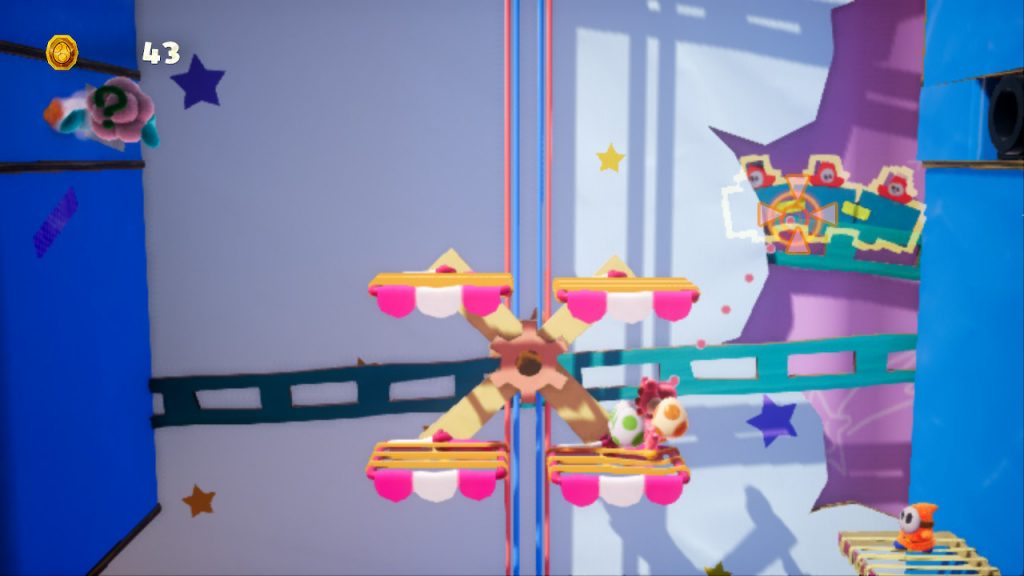 Rollercoaster: This Shy Guy-riding attraction’s easily overlooked, but as seen above, it’s the background by the first ascending spinwheel.

Merry-Go-Round: Near the beginning by the first planetoid. Can’t miss it!

And so the Spinwheel Shuffle’s come to an end! Give us a holler in the comments below if you have any further questions, but in the meantime, check out our Yoshi’s Crafted World guide hub!