Who’s up for some ziplining? 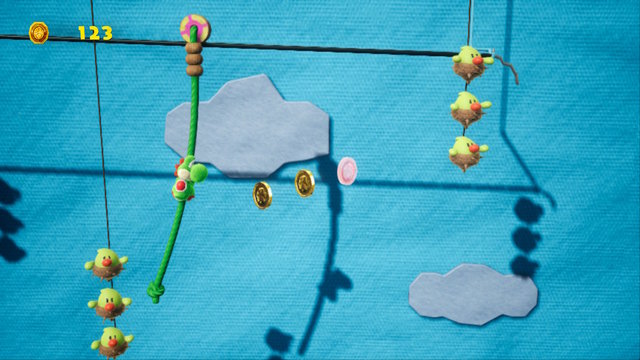 Yoshi Pulls Some Strings, indeed! Get ready to climb, swing, and zip from tree to tree as you hunt down Red Coins, Smiley Flowers, Poochy Pups and Souvenirs! Yes, we even found that dang Squirella, so strap in for our latest Yoshi’s Crafted World guide! 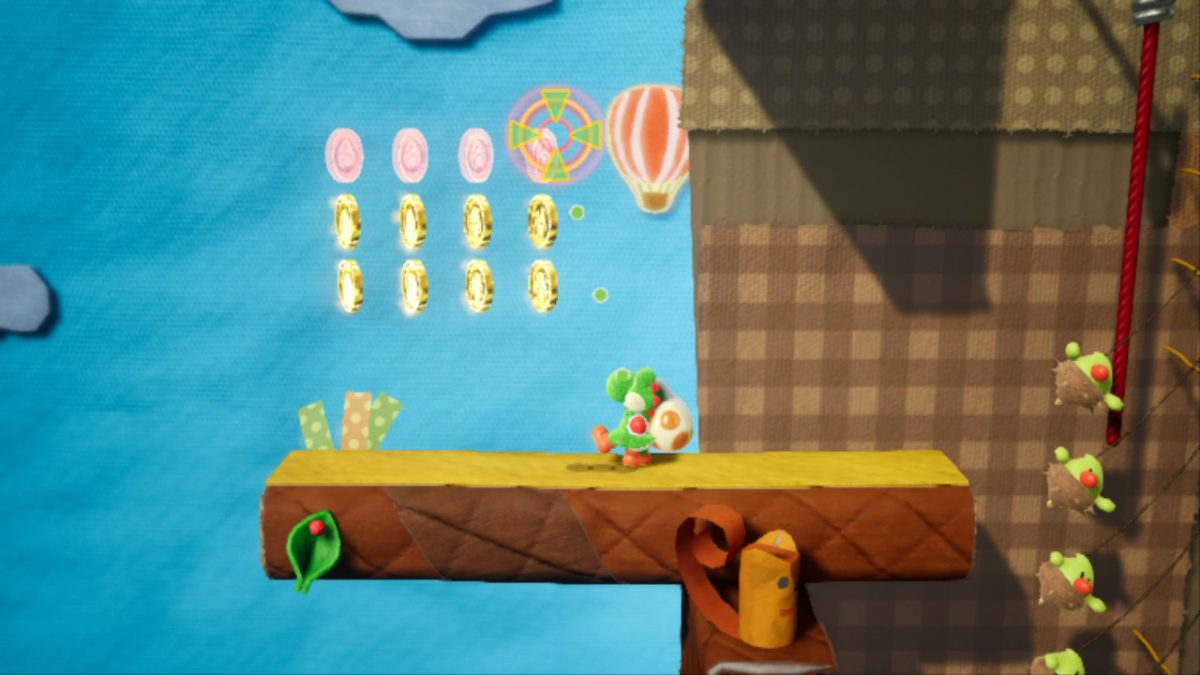 The first Red Coin’s obvious — all you have to do is follow the coin trail upon the first zipline. (1/20) Afterwards, before you enter the tree, sneak into the hidden hole under the platform to nab two more coins. (3/20) Hustle into the tree and head leftwards until you hit a dead-end here, then jump to unveil a cloud hosting four coins. (7/20) Move past the next ziplines and into the next tree, then Ground Pound these blocks to uncover two more coins. (9/20) Climb up the strings, and as you dodge the green swinging guys, Flutter Jump to your left to score four more coins. (13/20) Move to the right, and smash open the distant gold present in the background to earn one more coin. (14/20)

At the next zipline, maneuver about until you reach the Red Coin seen here. (15/20) The next two coins are tricky — as you spring up to the red string, jump towards the yellow one to pull down the door, but don’t enter the uncovered entrance; instead, plunge downwards to the fallen door here and you’ll find a cloud holding two more coins. (17/20) Now enter the third tree and pop the clouds as you ascend within, grabbing two more coins. (19/20) The last coin’s within the final set of ziplines, as seen here. (20/20) 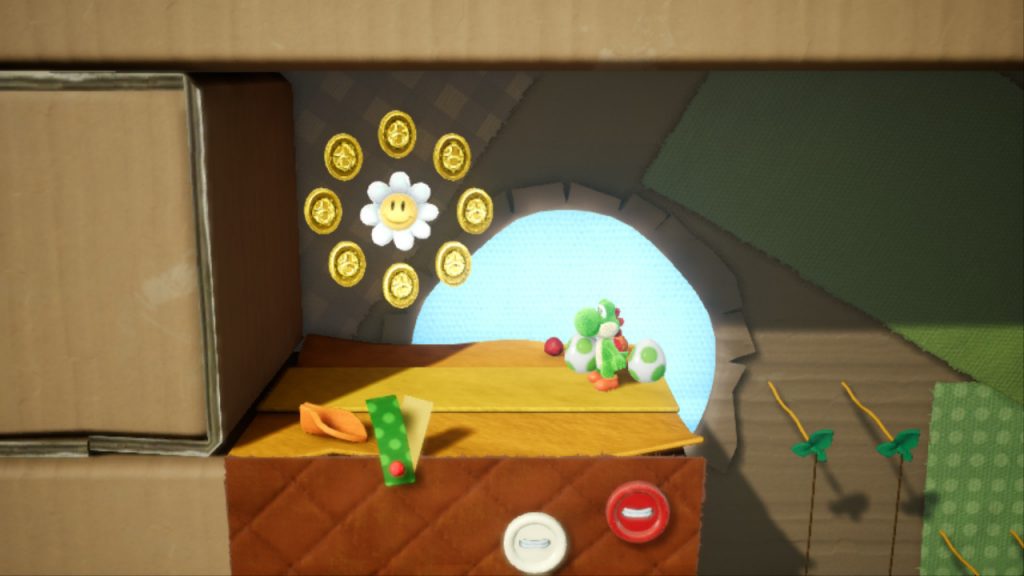 Your first Smiley Flower’s within the first tree — climb up the red rope and hop across the green swingin’ dudes and pop the cloud you see upon the platform. (1/6) When you pop the upcoming Blue Clock Cloud, you’ll have to climb the red rope and hop between more green guys to nab all the blue coins; succeed, and you’ll earn the second flower. (2/6) Afterwards, hop on the next zipline, then jump towards the following upper zipline to score the third. (3/6)

Climb allllll the way up the strings within the second tree — taking care to dodge more of those pesky green guys (seriously, do they have a name?) all the way, and you’ll find the fourth flower hanging with three of ’em at the very top. (4/6) Move on to the third tree, springing and swinging within until you spot this Smiley Flower to the left. (It’s the one depicted above.) (5/6) The last one’s in plain sight within the final set of ziplines. (6/6) 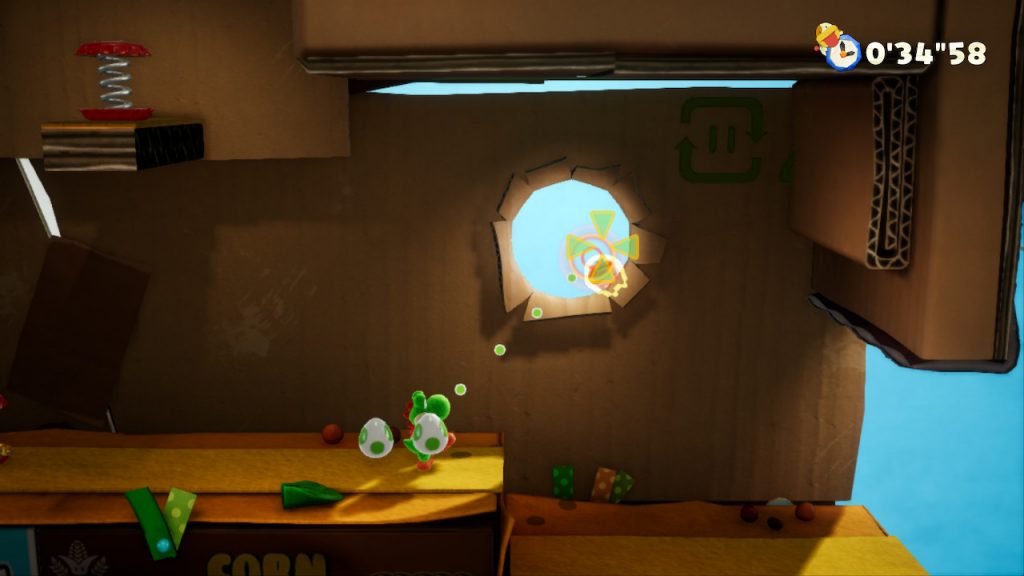 While this Flipside venture’s rather sprawling, only one of these Poochie Pups should give you trouble. While the first one’s in plain sight within a hole in the first tree and the second upon the zipline just before the second checkpoint, the third’s blending in with those weird green guys in the last tree. For reference, it’s just before the exit towards the left, and above where you find Squirella. As always, so long as you’ve gotten their locations down, you’ve got the Time Trial down. 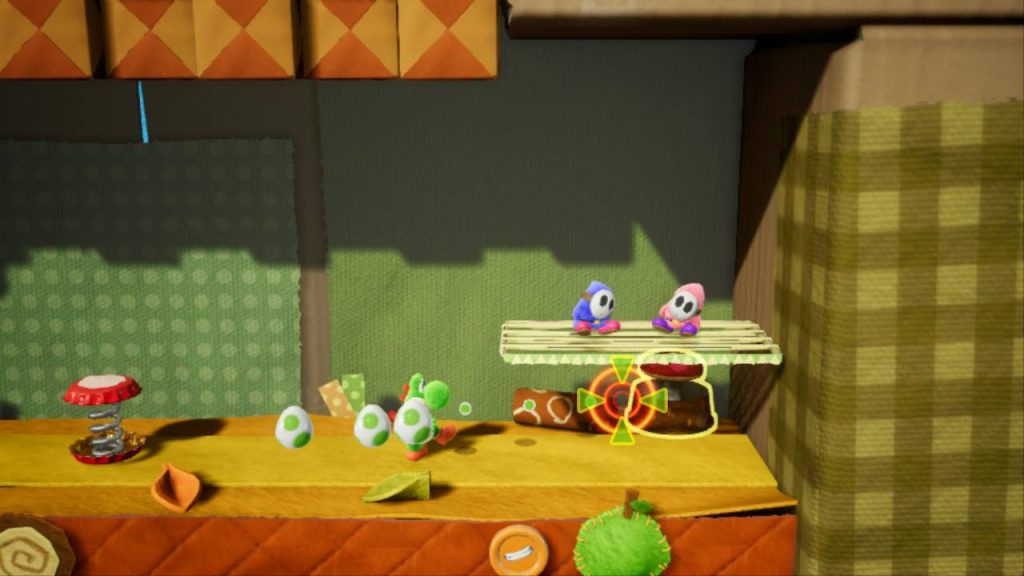 Hot Air Balloon: Soaring in the skies are balloons, with the first one visible right after you hop off the first zipline, the second seen from a hole after the Blue Clock Cloud, the third just past the second checkpoint, the fourth outside by these four Red Coins (to the left inside the second tree), and the fifth obscured by clouds after the third zipline (you’ll see it after you spring up to a red string).

Mushroom Stump: Growing inside the third tree as seen above. Peek into the shadows under the platform.

Squirrella: This sneaky squirrel from Flipside’s easily overlooked, but we found it chatting up another squirrel by the end of the third tree. Look for an Egg Block nearby.

And that’s it for Yoshi Pulls Some Strings! Let us know in the comments below if you have any further questions, but in the meantime, check out our Yoshi’s Crafted World guide hub!