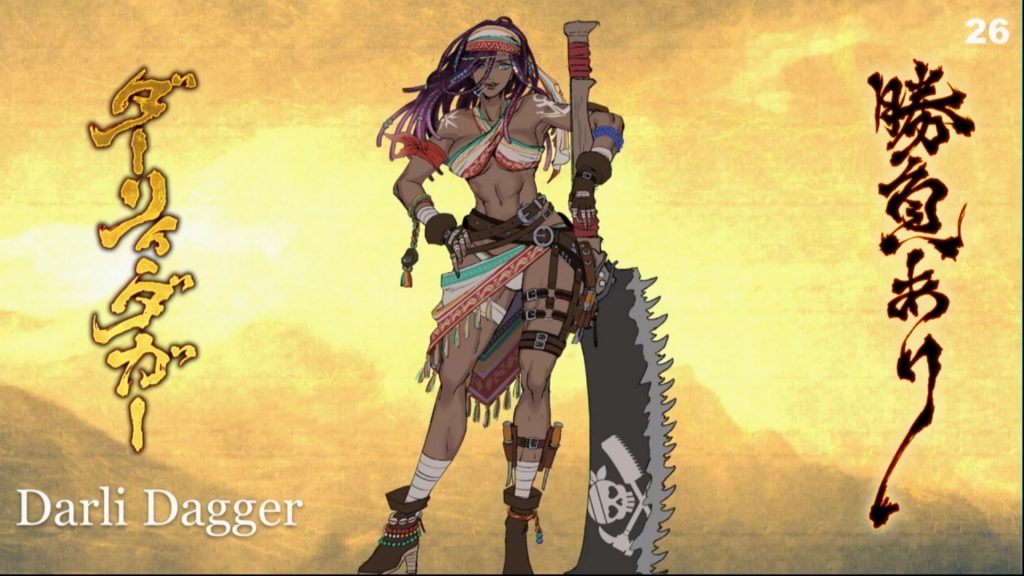 During a PAX East panel last weekend, SNK revealed one of the three new characters making their way to Samurai Shodown when the game slashes its way to the PlayStation 4, Xbox One, Switch, and PC this summer.

Described by SNK as “the most badass sailor and shipwright to ever sail the seven seas,” Darli Dagger is a fearsome seafarer who wields a giant, saw-like serrated blade emblazoned with a stylized skull and crossbones with which she hacks at her opponents. The developer notes that she’s still a threat without this tool however, as she has “something special” when disarmed.

Darli is the first of three new characters making their way to the latest installment of SNK’s beloved weapons-based fighter alongside 13 returning characters including the previously announced Earthquake, Haohmaru, Nakoruru, Charlotte, and more.

Developed by the team behind 2016′ The King of Fighters XIV (read our review here), Samurai Shodown will be making its way to the PlayStation 4 and Xbox One this June. The Switch and PC versions will be releasing in Q4 2019.

So landlubber, what do you think of the latest addition to Samurai Shodown‘s roster? Do you think this saw-swinging salty dog has what it takes to be your new main? Let us know in the comments below.