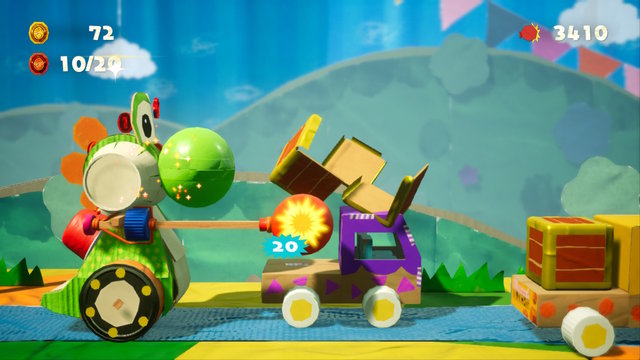 Now that’s what we’re talking about: a punchy Yoshi cardboard mech! Awesome as Go-Go Yoshi is, however, its on-rails progression invites easy mistakes when obtaining Red Coins, Smiley Flowers, and Poochy Pups. Thankfully, not only does the level lack Souvenirs, but we at Hey Poor Player have provided strategies for obtaining all the stage’s collectibles, so buckle up and get ready for some Yoshi boppin’ action! 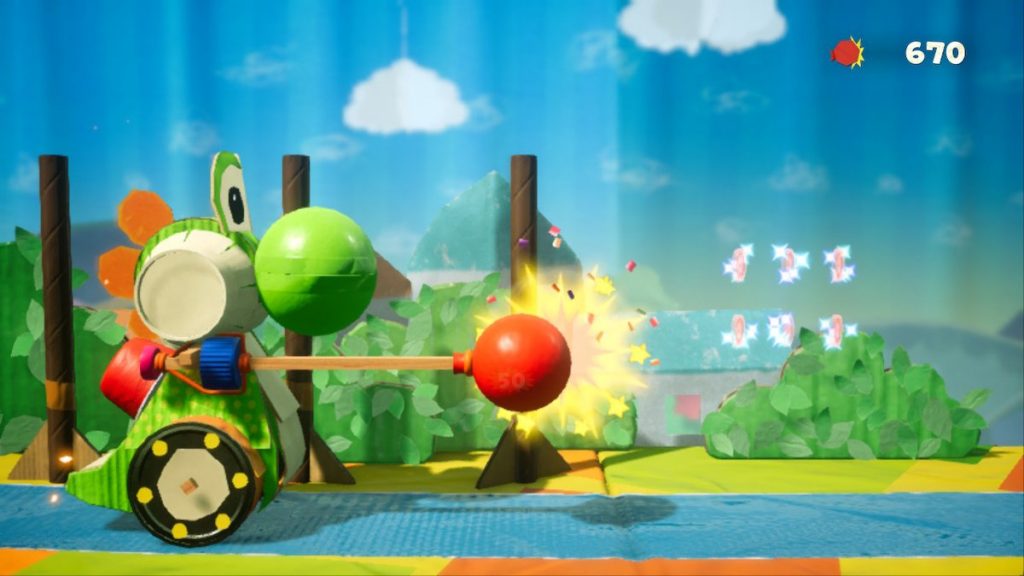 Most of Go-Go Yoshi’s Red Coins are earned by smashing billboards; in particular, three sets before the half-way point, each granting six Red Coins. While the first set shouldn’t be any trouble, the second requires some directional aiming, with the third building upon that with a carefully-timed jump-punch. Regardless, reserve your charge punches (Holding B) for the Smiley Flowers and simply focus on regular bops — you’ll nab in no time!

As for the last two, keep an eye out for a floating present in the woods and a red coin box suspended before the second half’s orange mansion. 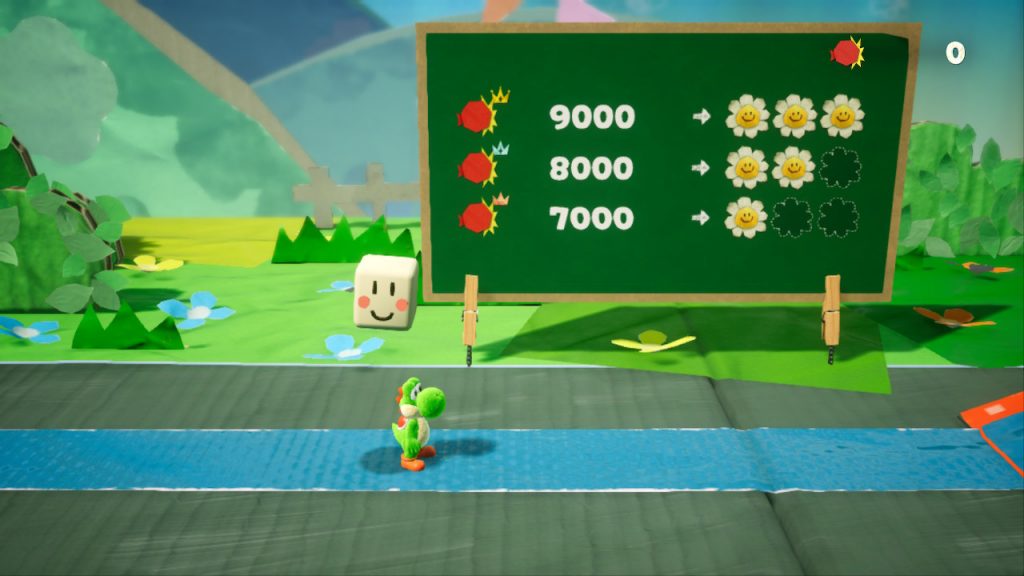 Now this is where timing’s everything: as noted by the opening chalkboard, up to three flowers are earned by passing the threshold scores: 7000 for one, 8000 for two, and 9000 for three. To even earn a competent score depends solely on your charge punch; as you may’ve noticed, effective use in demolishing cardboard construction forges combos, so you’ll want to produce precise aim for tree clusters, brick block stacks, and neighboring cars and vehicles. Also bear in mind the following:

– Fences can disrupt your momentum; since they’re so small, they easily escape notice, so watch for them and adjust your punches downwards for undisturbed combos.

– UFOs are absolutely vital! Charge, jump, and attack as appropriate

As for the remaining three, one’s situated within an arch past the first billboards (jump and punch to grab it) and another’s in a floating flower box near the second half’s orange mansion, but the flower box-carrying truck may pose a problem given its limited timeframe; really, all you can do is carefully punch the blocks littering the path until finishing the truck off with a well-timed charge punch. It may take a couple tries, so hang in there! 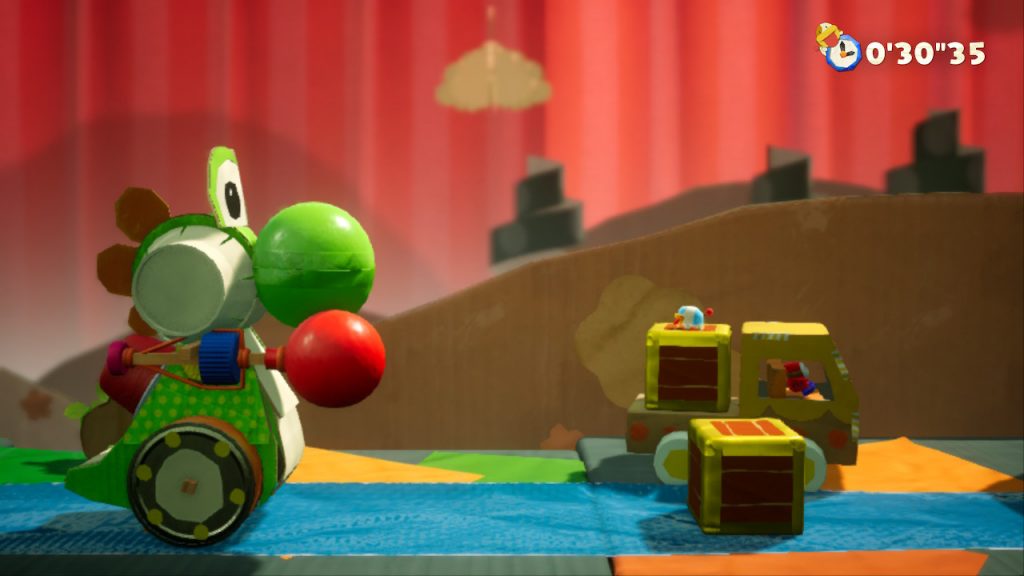 A relative cakewalk. The truck carrying the first Poochy Pup away may give you some trouble, but a charge punch should take care of things. Otherwise, the UFO pupper and the block doggo? Easy pickings.

And that’s it for Go-Go Yoshi! Give us a shout in the comments below if you have any further questions, but in the meantime, check out our Yoshi’s Crafted World guide hub!