Music to Your Ears! 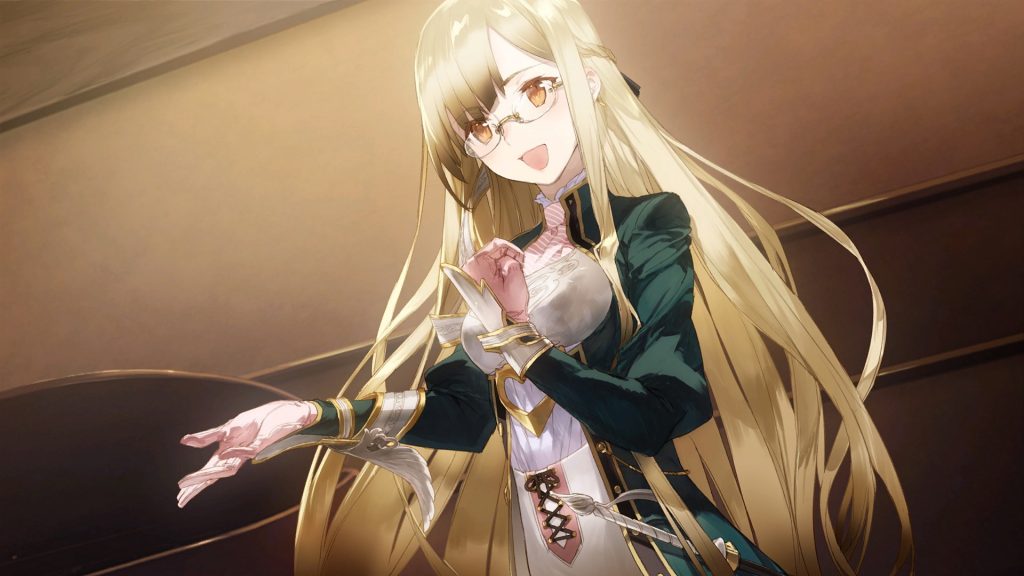 It’s been said before that music is all around us, and that saying couldn’t be more true when it comes to the wonderful world of JRPGs. Whether you’re having a lively discussion with your teammates, venturing to new lands, or even rummaging through your menu, there’s almost always some kind of musical medley there to guide you. However, while music can certainly play a role in every aspect of a JRGP, there’s one specific place where having the perfect tune matters most — the battles! Sure, the actual combat is important, obviously, but there’s no denying that a good chunk of the emotional impact of a JRPG’s many skirmishes comes from the songs that play during them. Video game music is a wonderful thing, and it’s something that ought to be celebrated — and today we’ll be doing just that. So, without further ado, join us as we dive into our top 20 favorite JRPG songs of the past decade!

I’ll be the first to admit that, out of all of the songs that I’ve picked for this list, Shin Megami Tensei IV: Apocalypse’s ‘Battle f6 – Decide’ is a bit of an odd duck. It’s neither emotional nor confidence inspiring. If anything, it’s almost panic-inducing. But hey, a song doesn’t have to empower you in order for it to be good. Intimidation can work just as well. And that, my friends, is the precise reason why ‘Decide” made it onto this list.

Decide, also known as ‘Godslayer’ depending on what soundtrack you’re looking at, plays during SMTIVA’s penultimate boss fight with Satan, which, should the player win, will allow them to take on the game’s final boss. Fighting Satan himself would be an incredibly terrifying act and, as such, Decide reflects this terror perfectly. And, amusingly enough, it does this without much effort at all.

Decide is, in a word, repetitive. It offers little more to the player than a deep, hypnotic, and dare I even say “demonic-sounding” bass line which, combined with angelic-sounding vocals (sounds kind of familiar, huh?) and a very light guitar melody, create a musical cacophony (and I mean that in the best way possible) that both immediately and consistently evokes a sense of urgency in the player. Due to the way that Decide is composed, it sounds as though has neither a true beginning nor a true end. It’s an unrelenting cycle of high and low – of Law and Chaos – repeating until someone finally brings it to an end; and that someone is you.

It was a toss-up between this or Dream Drop Distance’s Le Sanctuaire, but since Birth By Sleep’s Neverland was an actual adequate representation of the source material, “Neverland’s Scherzo” gets the spot. The final Disney world in the game, the magic of Disney’s Peter Pan is perfectly channeled in both its field and battle themes, with “Neverland’s Scherzo” celebrating a never-ending childhood adventure through a grand orchestral arrangement.

Yoko Shimomura’s trademark usage of violins and xylophones and whatnot have always been top-class, but her takes on the world’s most famous animated films wouldn’t be out of place in, say, Super Mario RPG. Really, it’s scary just how much she gets Disney — certain themes like “Neverland’s Scherzo” don’t even express an intense fight, but instead a nostalgic romp echoing our childhood wonders. When it comes to Disney, we don’t ask for anything more.

Like any good RPG series, the Neptunia franchise has its fair share of awesome battle themes. But, if I had to pick one, I’m going to have to go with Megadimension Neptunia VII’s “Encounter of Destiny”. The reason? Well as the title states, it’s a perfect song for a climactic encounter.

“Encounter of Destiny” plays during battles against the titanic Dark CPUs. Giant sized enemies that can only be damaged by special attacks due to the battle taking place in a different plane. There’s just something that sends a shiver down my spine whenever I know this theme is about to play.

Uzume activates the sharing field. The Dark CPU descends from the heavens, ready to destroy the party. Then the titular encounter begins. There’s just something about this song that communicates to the player that this fight matters. You’re taking on a dimension destroying deity and it’s time throw everything you have at it.

As you might imagine, a game about idols would have some good music. In fact, Omega Quintet soundtrack is superb. Though strangely enough only part of it was released via OST. Sadly, this left out many amazing songs and probably the best one is the theme that plays when the party is forced to fight Aria.

Near the climax of the game, one of the Verse Maidens numbers turns against them. Aria reveals that she is a Blair. The very thing the Verse Maidens have been fighting in order to prevent humanity’s collapse. Though rather than betray the party in an attempt to take over the world, Aria just doesn’t think Blair and Human’s can co-exist. Thus, she hides herself away. This is a JRPG though and we don’t abandon our friends! Thus, conflict is inevitable. And man, what a memorable one it is.

Battles in Omega Quintet are always hectic due to the game’s mechanics (Damn you, Order Break!) but Aria’s boss theme really sets the tone. Rather than relying on the orchestral arrangements you hear for most of the game, this piece takes on a frantic rock feel. It’s like nothing else in the game, just like this battle is unique in its own right. A conflicted song for a battle with maidens whose hearts are just as conflicted.

Debuting in 2017, Blue Reflection was GUST’s stab at the whole “school kid leading a double life as a superhero” shtick. Unfortunately, it didn’t to quite (at least over here in the West) as I’m sure GUST and Koei Tecmo would have liked, but that didn’t stop it from being one of my favorite JRPGs of the year – and part of that favoritism can absolutely be attributed to its phenomenal soundtrack.

Admittedly, Blue Reflection has a lot of amazing songs. So many, in fact, that it was hard to decide which one I wanted to use for this list. After a bit of delegating, however, I eventually decided to settle on none other than ‘OVERDOSE’.

Proudly touting itself as the first of Blue Reflection’s two main battle themes, OVERDOSE (as well as most of this game’s battle themes) serves as a departure from the traditional woodwind-centric musical themes of other GUST games, such as those in the Atelier series. OVERDOSE wastes no time with pumping the player up, immediately subjecting them to its synth-heavy overtones, before eventually sidestepping into a violin-lead melody – which is where the real fun begins.

Although there are a lot of reasons to fall in love with a battle theme like OVERDOSE (in my opinion anyway), I think that its likability ultimately stems from the positive and never-ending energy it seems to exude. There’s no one single part that can be marked as the “core of its energy” – from the beginning to the end, OVERDOSE is an emotional, hyperactive, and deviously catchy tune that will stick with you long after the battle is over.