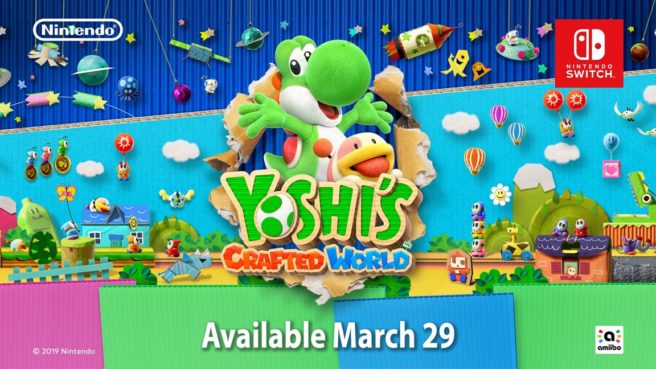 With just four days left until the game’s release, Nintendo has released a new trailer for Yoshi’s Crafted World.

Titled “Yoshi 101”, the new footage highlights the fundamentals of Nintendo’s upcoming Switch platformer such as gobbling up enemies, shooting eggs, butt stomping and flutter jumping, and more. The trailer also offers a brief but tantalizing look at the game’s two-player co-operative mode which can be played using two Joy-Cons.

Check out the Yoshi 101 trailer below:

Eager to get your mitts on the game? Well, that makes two of us. Thankfully, you won’t have to wait too much longer to get your dino on. Yoshi’s Crafted World will launch on March 29th, exclusively for the Nintendo Switch. Be sure to stay tuned for Anthony’s full review.